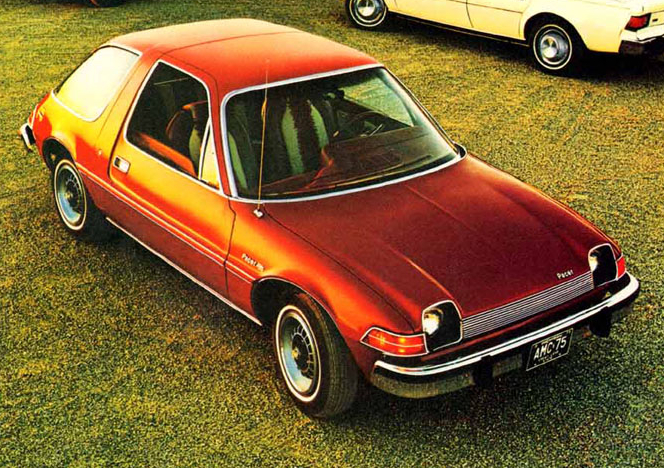 American Motors Corporation (AMC for short) was small in size when compared to GM, Ford, and Chrysler. By the 1960s most of the remaining smaller sized automobile companies were gone. The automobile business had evolved into a complex business which required massive amounts of capital and resources to stay in business. AMC may have not had a lot of capital or resources but in the 1960s, 1970s, and 1980s it did the best it could with what it had. AMC’s big success in the 1970s and 1980s was its Jeep brand. The Chrysler Corporation bought AMC in 1988 just to obtain its Jeep division. Though AMC had its fair share of successes with some of its new car releases, these successes tended to fade fast. The 1975-1980 AMC Pacer was perfect example.

The AMC Pacer was the byproduct of the market trend of many buyers moving to smaller more fuel efficient cars in the early-1970s. Ford released its 1971 Pinto and Chevrolet its 1971 Vega to fill this market need. AMC, to its credit, beat Ford and Chevrolet to the market by releasing the 1970 Hornet and 1970 Gremlin for this fuel efficient small car market. The problem with both cars was they weren’t as fuel efficient as the Vega and Pinto which both had 4-cylinder engines. The Hornet and Gremlin were equipped with small block V8s and straight six cylinder engines. The only exception was AMC offered starting in 1977 Volkswagen’s 2.0 liter 4-cylinder engine in the Gremlin. 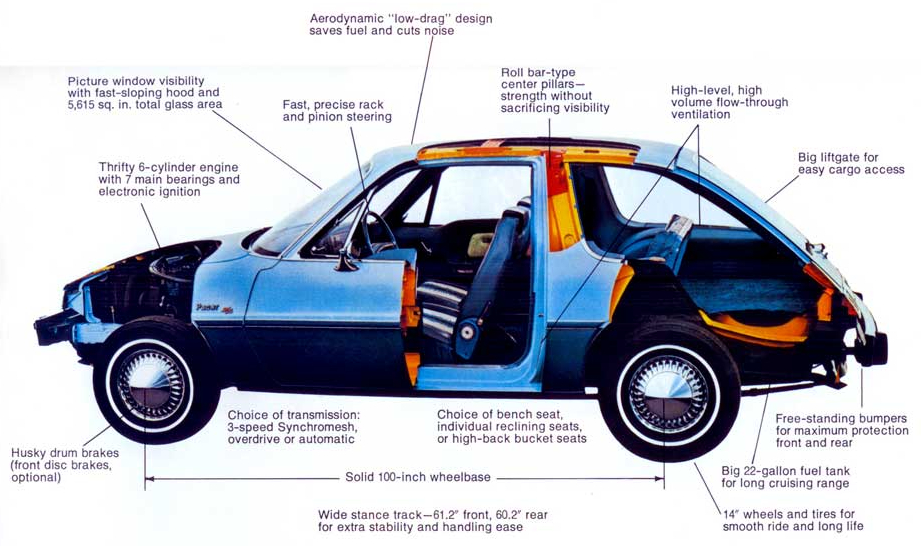 This is where the 1975-1979 Pacer came into the picture. AMC began development in the early 1970s of a fuel efficient but stylish smaller car with a far out futuristic look. AMC’s legendary automobile designer Richard A Teague came up with the design. Teague designed the Pacer so that it would have a streamlined smooth aerodynamic look with tall glass all around for great visibility and would have a stance wide enough to accommodate a large interior. The Pacer in comparison to most smaller cars at the time was built strong like an army tank. AMC made the decision to have the Pacer meet long before the other new cars the more stringent upcoming Government crash and rollover test standards. Ironically the Pacer lasted just long enough to reach the 1980 model year when some of these new standards would become mandatory. The downside was AMC’s effort to make the Pacer ultra safe added a lot of extra weight, it had a curb weight of just over 3,000 lbs which back in the 1970s was very heavy for a small car. As a comparison the 1975 Ford Pinto’s weight was a little over 500 lbs lighter than the Pacer. Another area where the Pacer was ahead of its time was that it was the first car to use the cab forward design which gave the interior more space.

The Pacer came in a 2-door coupe and a 2-door wagon which was added to the Pacer lineup for the 1977 model year, both configurations had opening rear lift-gates. A lot of thought, design, and engineering went into the Pacer which was remarkable since AMC didn’t have a lot of development dollars. The Pacer was designed so that the passenger-side door was 4-inches longer than the drivers-side door in order to allow better access into the backseat for passengers. However the lack of a lot of development dollars did hurt the Pacer. Originally AMC engineers considered a front-wheel drive layout which would have given the Pacer even more interior space along with some weight reduction. Unfortunately the money wasn’t there to develop such a system, so the Pacer used a more traditional rear wheel drive configuration with a solid rear axle.

One area where AMC made a big mistake with the Pacer was AMC had entered into an agreement with GM in the early 1970s to use GM’s state-of-the-art compact rotary engine in the upcoming Pacer. About a year before the Pacer’s release GM pulled the plug on the development of its rotary engine, right before it was ready for production. AMC would have been better off if it had made an agreement with another automaker to source a reliable and fuel efficient 4-cylinder engine for the Pacer. This fiasco left AMC scrambling to find other engines to power the Pacer. The 1975 Pacer was released in the U.S. market with two AMC straight-six engines: the 232 cubic-inch (3.8 liter) and 258 cubic-inch (4.2 liter). The 232 straight-six was the standard engine in the Pacer from 1975 through 1978 and it had a horsepower rating of 88-100 horsepower depending on model year. The 258 straight-six was available in the Pacer from 1975 through 1980. It was the Pacer’s standard engine in 1979 and its only engine for 1980 and was rated at 100-120 horsepower depending on model year. For 1978 and 1979 in the U.S. market, AMC offered its 304 cubic-inch (5.0 liter) V8 in the Pacer, it was rated 125-130 horsepower depending on model year. The two straight-six engines provided very good low-end torque and decent acceleration. The V8 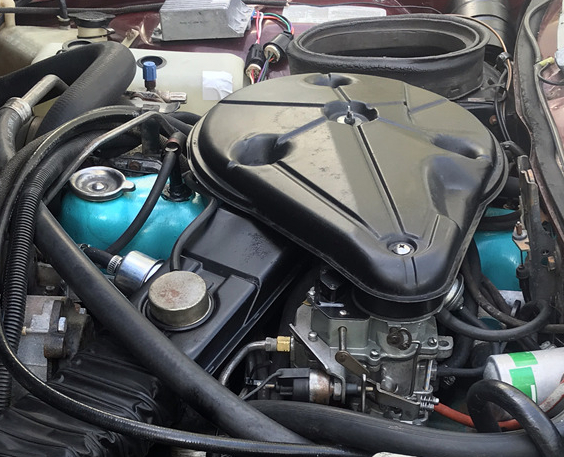 provided good performance for a smaller car along with very good low end torque. The Pacer’s engines were very reliable but not very fuel efficient compared to its 4-cylinder equipped competitors.

Where the Pacer did shine was it was a big attention getter, the automotive press at the time was enamored with the Pacer’s futuristic and aerodynamic looks which made it look like nothing else on the road at the time. The Pacer’s interior was modern, spacious, and very comfortable. The Pacer also had excellent handling and steering feel along with a very quiet ride. Where the Pacer fell short was its small car brakes even with optional front disc brakes were just not up to the task of stopping quickly the heavy Pacer. For an innovative car the Pacer was very reliable and much more reliable than most of the small cars on the road at the time. It even received very good ratings from Consumer Reports. 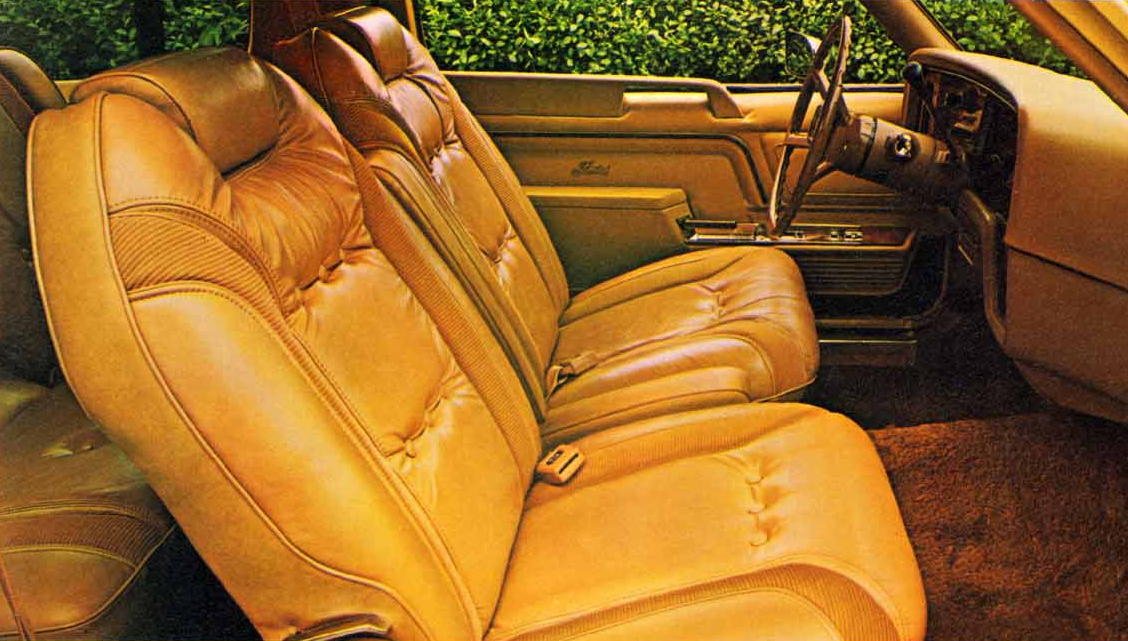 AMC had the right idea by making the Pacer a larger sized smaller car with a larger more comfortable interior with futuristic exterior styling. Pacer sales were excellent the first year with 72,158 being produced in 1975 and for 1976 production rocketed up to an amazing 117,244 units. Sales began to slide in 1977 even with the introduction of the new Pacer wagon, 58,264 Pacers were produced for 1977. Then by 1978 sales took a nosedive with only 21,231 Pacers being produced. By 1979 production dropped to 10,215 units and for 1980 production was a meager 1,746 units.

The Pacer after it was first released was a smash success after a few model years it became a massive sales disaster for AMC. Ultimately the Pacer was too heavy for a smaller car and didn’t have a fuel efficient 4-cylinder engine option to be competitive in the small car market. Not to mention AMC a few years into the Pacer’s production run, hurt the Pacer’s streamline futuristic looks by adding a tradition upright formal front grille. The problem was the Pacer was a big small car that competed in the small car segment. Had AMC added soon after the Pacer’s original release 4-door sedan and 4-door station wagon versions, this would have greatly expanded the appeal of the Pacer by allowing easy access to the back seat, and provided more interior space and more rear cargo space. As an example Jeep expanded the Wrangler’s appeal by offering a 4-door model starting in 2007 which caused Wrangler sales to skyrocket. This would have allowed the Pacer to also compete in the smaller mid-size car market where its engines would have been more fuel efficient than its competition. 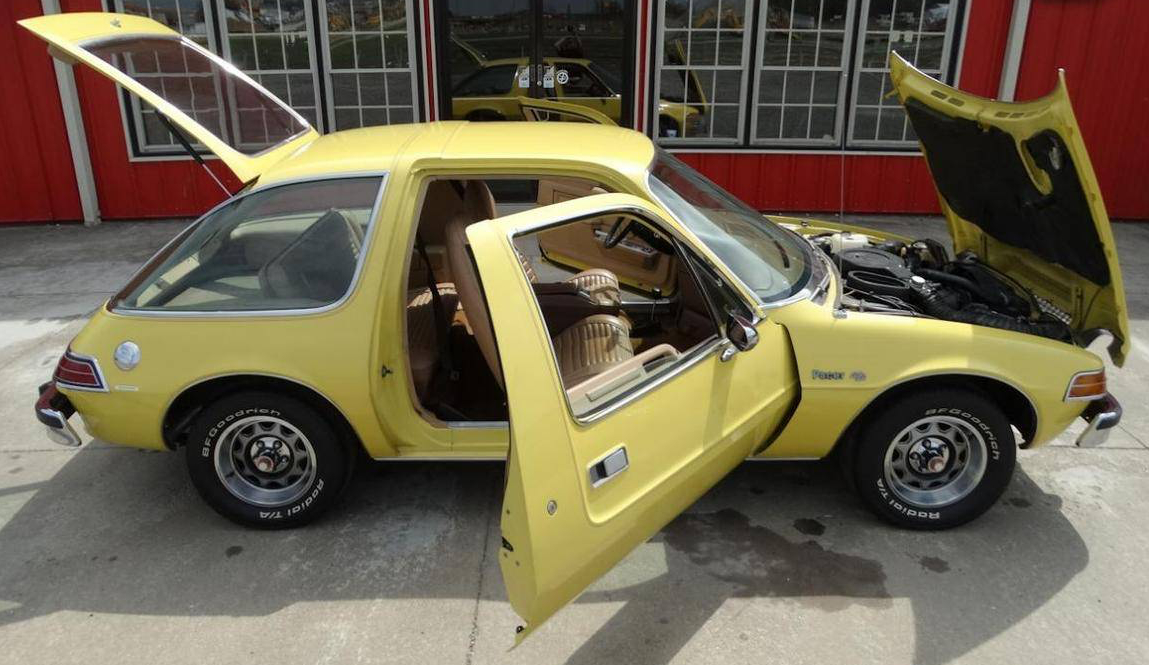 There’s another interesting twist in the Pacer story, for many years the Pacer has been ignored by the collector car community. However that’s beginning to change with interest in the Pacer finally starting to increase, so are Pacer prices. Fortunately prices of mint conditioned Pacers are still reasonable. For the smart collector the V8 powered 1978-1979 Pacer which had low production numbers offers rarity at a reasonable price. However owning any Pacer provides the owner with a nice piece of 1970s nostalgia, not to mention the opportunity to own a car that looks like nothing else on the road.