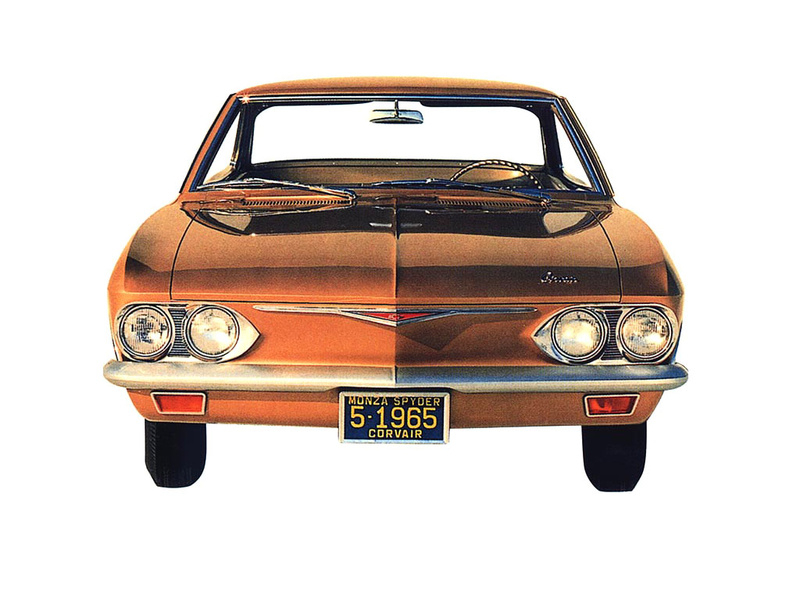 In order to compete with the Volkswagen Beetle, Chevrolet made it’s own version of the Beetle. This car was called the Corvair and just like the Beetle, it was a very inexpensive compact car, had a rear engine layout, an air-cooled engine, and was rear-wheel drive. The Corvair made its debut for the 1960 model year. Unlike most cars at the time it had a modern squarish exterior design that didn’t include tail fins which were still popular in 1960. The Corvair during its 10 models years was available in a 2-door or 4-door configuration. A 2-door convertible version was also available. There was also a 1961-1963 Corvair 4-door station wagon which for the 1961 model year only was called the Lakewood. There were several different Corvair trim levels offered, the most notable were the Monza Spyder and Corsa.

Chevrolet when it released the Corvair, didn’t see it as a new model but a platform for a whole line of new Chevrolet vehicles. The 1961-1965 Corvair 95 series included the Greenbriar van, Loadside pickup truck, and Rampside pickup truck.

The Corvair had attractive styling that was ahead of its time. There were two distinct body styles the first generation 1960-1964 Corvair which overall was boxy and the second generation 1965-1969 Corvair which was more streamlined and sporty in appearance. Within a few model years after the Corvair’s introduction the 2-door was the more popular choice. Younger car buyers were opting for the more sporty 2-door Corvair rather than the more conservative 4-door Corvair. With the 2-door Corvair, Chevrolet had begun to tap into the emerging younger car buyer market which would would later become a sales tsunami that made the Ford Mustang a sales bonanza. The Corvair’s interior was as modern and appealing as its exterior, it felt much more upscale than its budget oriented price.

One of the most fascinating aspects of the Corvair was its aluminum flat-6 cylinder engine which was fuel efficient, reliable, and gave the Corvair good throttle response. For 1960 there was a 140 cubic-inch flat-6 that produced 80 or 95 gross horsepower depending on version. From 1961-1963 there were different versions of the 145 cubic-inch flat-6 that generated 80 to 102 gross horsepower. From 1962 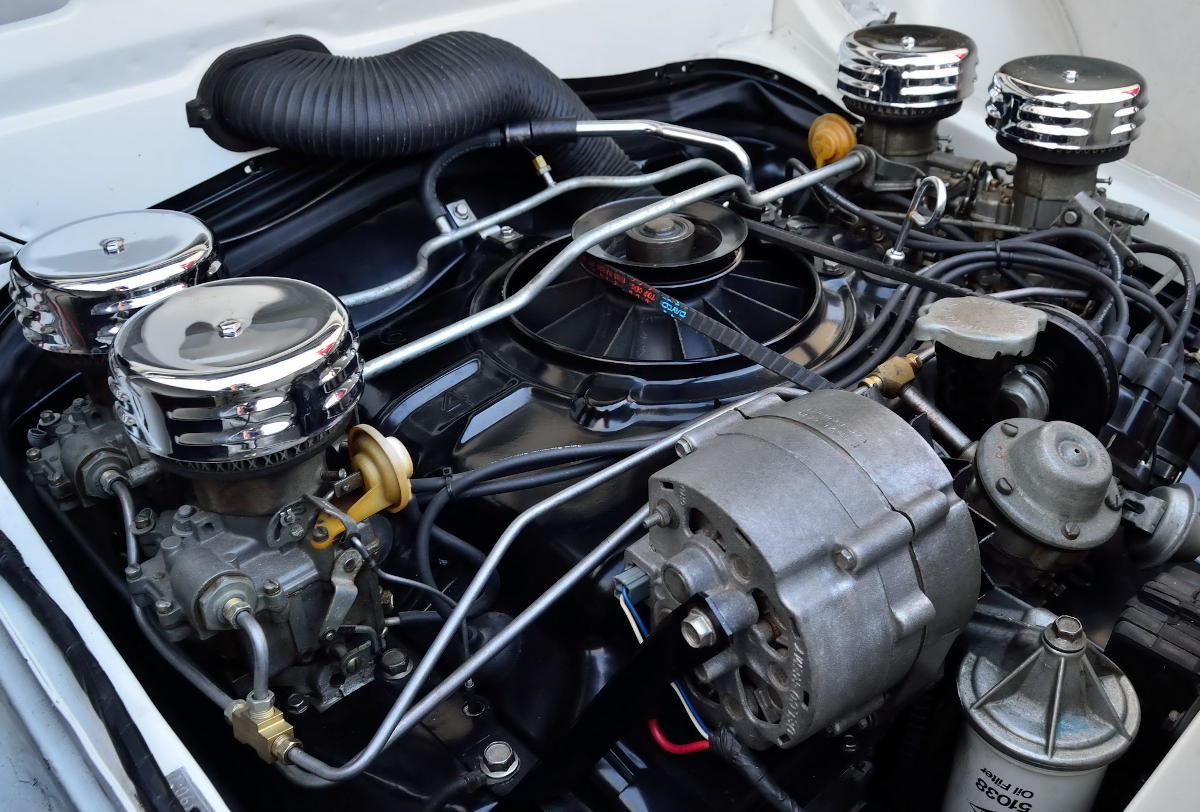 From 1964 to 1966 there was a turbocharged 164 cubic-inch flat-6 that generated 180 gross horsepower. Both turbo engines gave the Corvair some serious performance back in the day for a compact car. For instance the 140 gross horsepower 164 cubic-inch flat-6 and the turbocharged 145 and 164 cubic-inch powered Corvairs could easily match the performance of the flat-6 powered Porsche 911 of the same time period. However the model that showed the true performance potential of the Corvair was the 1966-1969 Yenko Corvair Stinger which was available in different performance levels and produced 160-240 gross horsepower depending on performance level ordered. It was a very fast car and could out handle a Chevrolet Corvette. The Corvair during its 10 model years was available with a 3-speed manual, 4-speed manual, or a 2-speed power glide automatic transmission.

The root cause of the issues with the 1960-1964 rear suspension was due to Chevrolet using the swing axle design that was also used by the Volkswagen Beetle. Nader in his book had correctly pointed out that Chevrolet cancelled before Corvair production started the front anti-sway bar which mitigated the rear suspension related issues and greatly improved the Corvair’s handling manners. This was done to save on production costs. However it was optional starting with the 1962 model year and then was a standard Corvair feature starting with the 1964 model year.

There’s no doubt that the release in November 1965 of Ralph Nader’s book hurt Corvair sales starting with the 1966 model year. However Corvair production had already begun to downslide from it production peak of 329,632 units in 1961 and 328,500 units in 1962. Production was down to 207,114 units by 1964. Then increased slightly to 237,056 units for 1965 due to the introduction of the new second generation Corvair. Production dropped to 103,743 units for 1966. Part of the production drop was due to fallout from Nader’s book. However it was the introduction of the Ford Mustang in the spring of 1964 that was a bigger factor in the massive drop in Corvair sales. Ford successfully marketed the Mustang to the Corvair’s main customer base, younger buyers with a limited budget who wanted a sporty 2-door car. The Mustang kept growing in popularity after its release and hit an amazing 607,500 unit production total for the 1966 model year. However the final demise of the Corvair happened when Chevrolet released the all-new 1967 Camaro in fall of 1966. Just as the Corvair was Chevrolet’s effort to make its own version of the Beetle, the 1967 Camaro was Chevrolet’s effort to make its own version of the Mustang. The Camaro was a sales success with 285,748 units produced for the 1967 model year. Many loyal Chevrolet buyers who were potential Corvair buyers bought a Camaro instead which sent Corvair production down to a meager 27,253 units for 1967. As the Camaro continued in popularity Corvair production continued to drop and by the 1969 model year was down to a meager 6,000 units.

Though the Corvair has gotten a bad rap, it was a very innovative unique car for its day and good number of them are still on the road today. If Chevrolet had given the Corvair the fully independent rear suspension for 1960 instead of waiting until 1965, the Corvair would never have received this bad rap. The rear-engine Corvair was so much different than any other American car on the road back in its day. Credit must be given to Chevrolet for taking such a big gamble instead of going with a more traditional drivetrain layout and design. Ironically the Corvair proved to be very reliable and durable for its era. However the Corvair’s unconventional driveline configuration and general uniqueness would still not have been a match for the 1964 1/2 Mustang’s creation of the new Pony Car market segment where the Mustang and Camaro were more desirable among many Corvair buyers. On the flip side of the coin the bad rap has kept Corvair prices reasonable on the collector car market making it a great buy for someone who wants to own a unique piece of automotive history that’s actually fun to drive.