Which was the Victor, 4th Gen. Mustang or 4th Gen. Camaro? 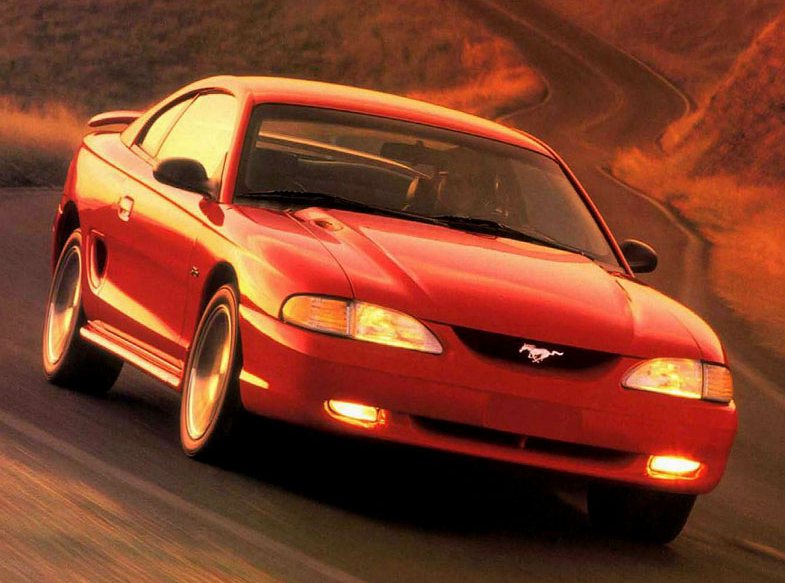 Ford’s SN-95 Mustang made its debut for the 1994 model year and lasted through the 2004 model year. The SN-95 was a new updated version of the Fox body platform 1979-1993 Mustang. Ford improved the platform and all aspects of the Fox body Mustang. Overall the 1994 Mustang had better road manners, handled better, braked better, had a stronger unibody frame structure, and had a better looking exterior and interior than its predecessor. The 1994 was the first of the modern Mustangs to incorporate retro Mustang styling cues into its exterior and interior styling. Its exterior styling was more streamlined than its predecessor and was a work of art. When compared to it’s main competitor, the fourth generation Chevrolet Camaro, it was more compact, about one foot shorter in length, and a few hundred pounds lighter. The SN95 Mustang was better known as the fourth generation 1994-2004 Mustang.

The Chevrolet Camaro entered into its fourth generation starting with the 1993 model year and lasted through the 2002 model year. After the successful long run of the third generation 1982-1992 Camaro, Chevrolet was hoping to continue that success with the fourth generation 1993-2002 Camaro. Chevrolet gave the new Camaro ultra futuristic styling with a large steeply raked windshield and a front-end that was so sleek it looked like something 30 years into the future. However the recessed four square headlights and modernized Camaro taillights made many observer quickly identify this car as the new Camaro. Overall the fourth generation Camaro was faster, had better ride characteristics, handled better, and had improved braking when compared to the third generation Camaro. 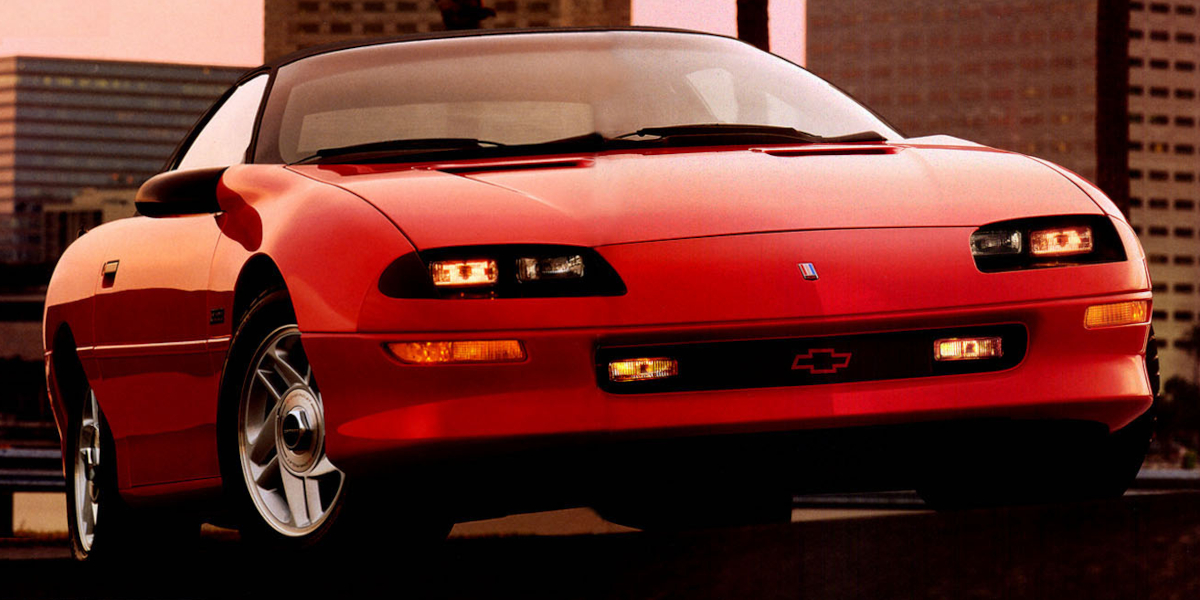 Both the fourth generation Mustang and fourth generation Camaro had a loyal customer base. Both received mid-cycle exterior styling updates. For the Camaro it was 1998 and for the Mustang it was 1999. The Mustang’s update was more extensive while the Camaro’s was more minimal with the biggest changes being the addition of flush headlights and slight changes to the front grille.

Both had V6 engines as standard. And both required a move up to a performance model to get a V8 engine, for the Mustang that was the GT model and for the Camaro it was the Z28 model. Both the GT and Z28 were reasonably priced and offered a lot of performance for the money. However the Camaro Z28 had an 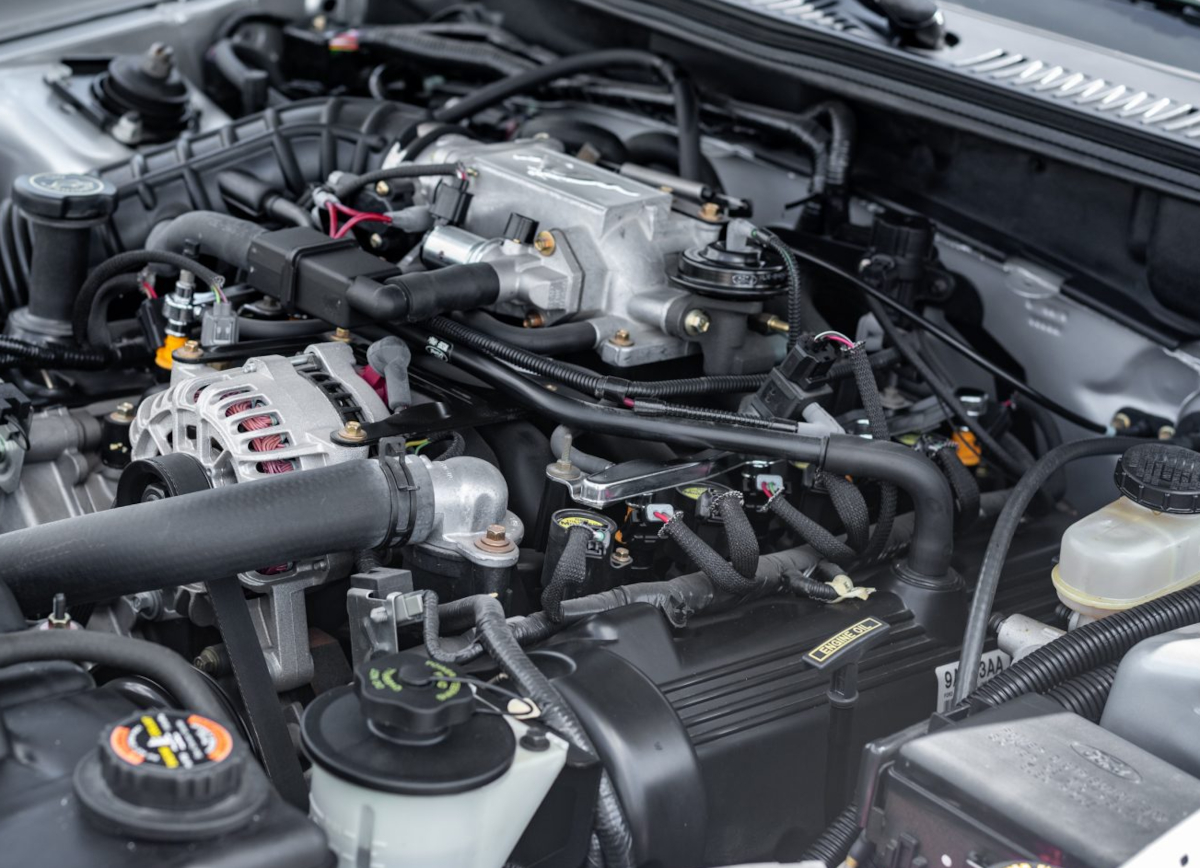 It should also be noted that Ford produced two super performance Mustangs during the Mustang’s fourth generation. First was the very low production 1995 Cobra SVT R which had a 300 horsepower 5.8 liter V8, it was tuned for track racing and required a professional racing license in order to purchase and only 250 were produced. Second was the 2000 Mustang SVT Cobra R which had a high-performance DOHC 5.4 liter V8 that produced an incredible at the time 385 horsepower. Only 300 units were produced of this limited edition Mustang. It was faster, handled better, and had better braking than any fourth generation Camaro. As an example the Camaro SS, the most powerful Camaro that model year produced 65 horsepower less than the 2000 Mustang SVT Cobra R.

Both the fourth generation Mustang and fourth generation Camaro offered a wide array of available options. The Camaro was available with removable T-Top roof panels which the SN-95 Mustang did not have. Both were available with a convertible top option for the ultimate open air driving experience. Both cars had very modern interiors with the Mustang having a higher seating position compared to the Camaro which had a seating position almost as low as a Chevrolet Corvette. Additionally both were some of the best cars from this era, unfortunately sales weren’t evenly distributed between the two cars. The Mustang trounced the Camaro when it came to sales figures. In fact the Mustang sales advantage during this time was so one sided that during some of these model years the Mustang outsold both the Camaro and the Pontiac Firebird which shared the same GM F-body platform as the Camaro. 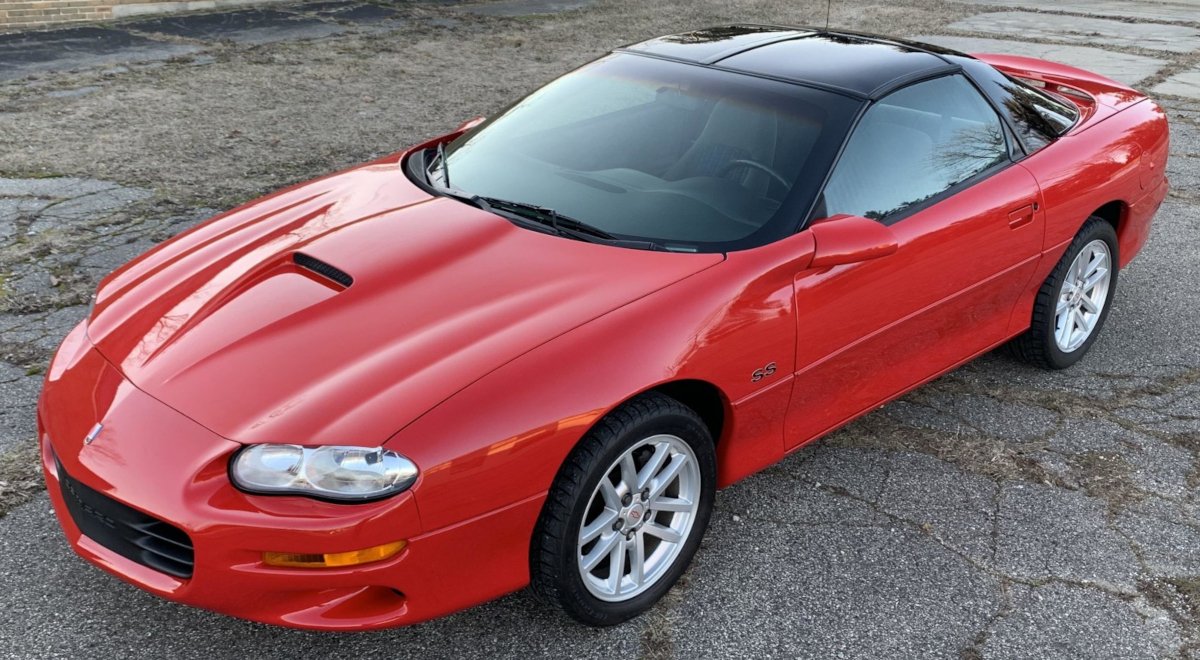 The reason for the disparity was that buyers overwhelming preferred the styling of the Mustang over that of the the Camaro and Firebird. The Camaro had sleek aerodynamic styling but it was too futuristic for many buyers. It had awkward proportions with a lot of front overhang and rear overhang as opposed to the Mustang which had stubbier proportions and didn’t have the front and rear overhang. The Camaro’s poor sales eventually led to it’s cancellation at the end of the 2002 model year while the Mustang stayed in production and continued to thrive with extremely high sales volume. Chevrolet did learn its lesson and debuted an all new fifth generation Camaro for the 2010 model year which had the exterior proportions of the Mustang instead of the fourth generation Camaro and it was a big hit with buyers. 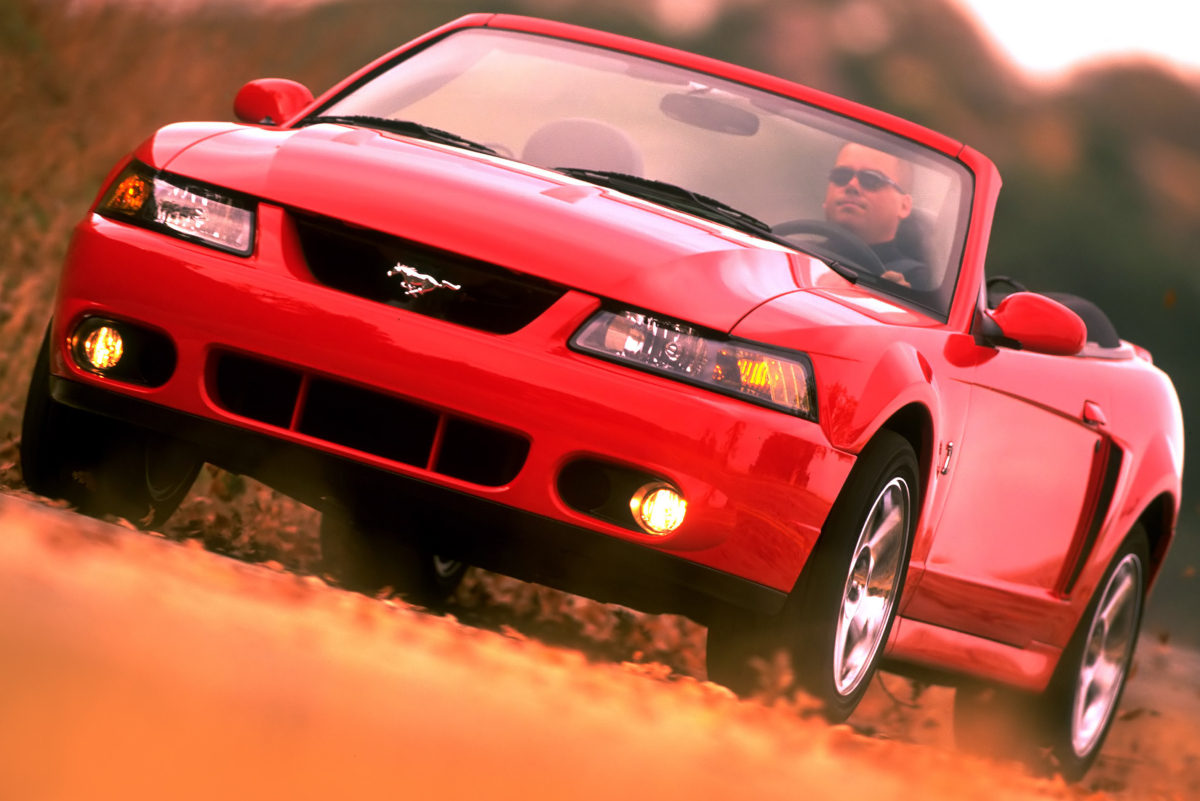