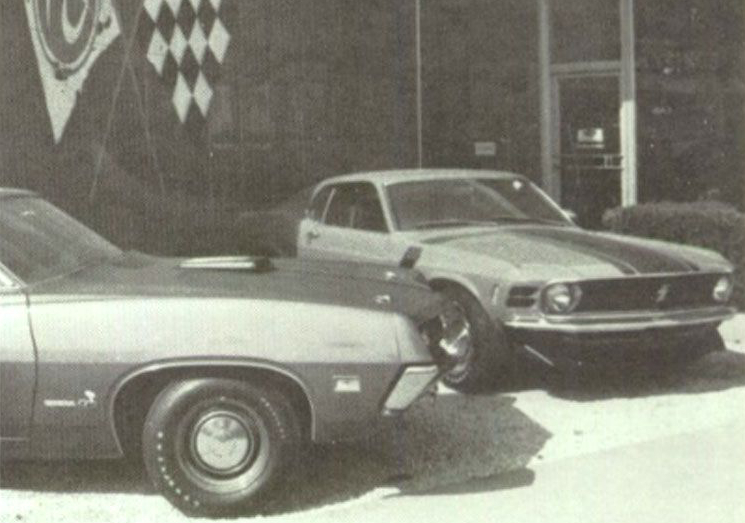 By the time the 1970 model year rolled in, the U.S. Automobile Industry had undergone many changes during the 20th Century. One of the biggest changes was many smaller automobile makers and brands had bit the dust during the 1950s and 1960s. However the buying choices and range of options available on cars in the U.S. market was at an all time high by 1970. Not to mention technology and safety had greatly improved over the years. For U.S. automakers 1970 was a pinnacle. GM, Ford, and Chrysler had a large majority of the U.S. car market share in 1970 with American Motors (or AMC for short) having a small market share in comparison. A few import brands mostly from Europe and Japan also had a very small share of the overall U.S. car market. Volkswagen and Toyota had the largest portion of this import share. Import cars would see astronomical growth in market share in the U.S. market during the 1970s decade.

If you wanted to buy a new car back 1970 a buyer had to go to a new car dealership to view and test drive new cars. When trying to decide between different makes and models and options this required a lot of travel time between dealerships and a lot of foot work walking around dealership lots. As an example if a buyer was interested in a Ford LTD, Chevrolet Caprice, or Dodge Polara, this required going to at least one Ford dealership, one Chevrolet dealership, and one Dodge dealership. Sometimes if the inventory was insufficient at one dealership, a trip to another dealership was usually required. As an example if a buyer was leaning towards the Caprice and wanted to test drive one with the 454 cubic-inch V8 option and the first Chevrolet dealership didn’t have in stock a 454 Caprice to test drive, this required a trip to another Chevrolet dealership that had a 454 Caprice in its inventory. Today footwork like this can be minimized by checking out the car, SUV, and truck inventory along with pricing and other options on any car dealership’s website. Back in 1970, there was no Internet to view what inventory a car dealership had. The only way to get a faint idea of what a dealership had in terms of inventory was checking their ads in the local newspaper or TV ads which generally only listed a few cars.

Today many dealerships have no haggle discount pricing and use very low pressure sales techniques. Back in 1970, you had to be prepared when going into a dealership to be a tough negotiator. The sales staff back then tended to be more high pressure and your starting point in the price negotiation was generally the MSRP window sticker price. However back then, many dealerships built relationships with their customers. As an example a particular buyer would buy a new Buick every two to three years, and usually deal with the same salesman. In this case the salesman and sales manager would then give this buyer a price break since they wanted to earn this buyer’s loyalty and didn’t focus on the profit of one sale but instead the long term goal of selling this buyer many new Buicks over the next 20 years. Today sales staff and sales managers move around to different dealerships never staying in the same place for too long. Back in 1970 a good number of car sales staff spent their careers at one car dealership. Today most dealerships are concerned with providing good customer service but have too narrow a focus on short term sales quotas rather than increasing long term sales by building 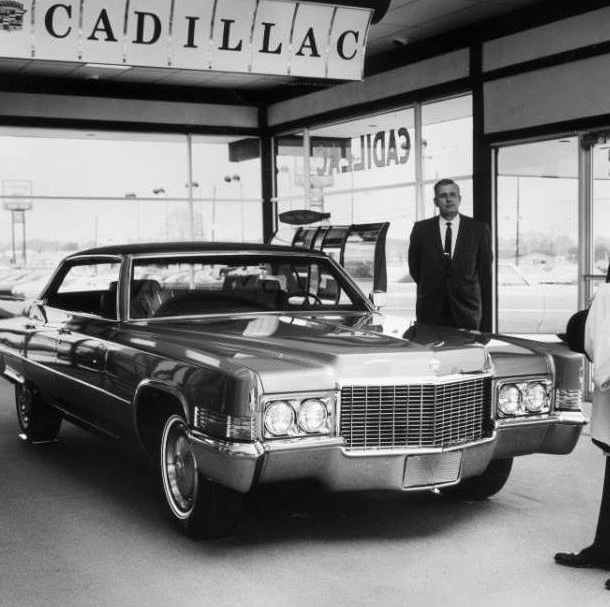 Unlike a good number of car buyers today, most car buyers back in 1970 bought within their means. It was extremely rare to find buyers back in 1970 buying an expensive Cadillac when they could only afford a Chevrolet. If a buyer didn’t have good credit or the income to buy a particular car, loan companies wouldn’t approve the car loan. Today loan companies are extremely lenient with their lending practices. For instance it’s easy for a buyer who makes $50,000 a year to get a loan to purchase a $100,000 car or SUV. Today loan agreements are for longer time periods. Back in 1970 a 3 year loan was the norm, today 6 year and 7 year loans are not out of the ordinary.

In 1970, the big share of the consumer vehicle market was cars, SUVs and trucks were such a very small piece of the consumer market. Buyers bought station wagons when they needed more utility or three rows of passenger seats back in 1970. The only mini van in the U.S. market back in 1970 was the Volkswagen microbus. Same was true with pickup trucks, most were used for fleet or commercial use. The pickups that were purchased by consumers were mostly used for farm or other utilitarian uses. Unlike today, most families back in 1970 didn’t use pickups to commute to work, take kids to school, get groceries, or take family vacation trips.

Back in 1970, most new car buyers kept cars only for a few years, today new car buyers keep their cars for much longer periods of time. Cars were looked upon as being more disposable back then. Very few customers in 1970 worried if their new 1970 model year cars would make it to 100,000 miles since they knew they would sell or trade-in these cars for new cars long before these cars would ever reach anywhere close to 100,000 miles. This is why most 1970 model year cars only had 5 figure odometers. Back then automakers made exterior and interior changes to most cars every year (even if they were slight changes) to entice buyers to buy a new car every year. Today automakers wait longer periods of time before releasing exterior and interior updates on their cars in order to cut costs.

Back in 1970 there were smaller cars but their numbers paled in comparison to the many full-size and mid-size cars on the road at the time. The best selling cars back in 1970 were full-size cars. The 1970 Ford Galaxie, as previously mentioned was the best selling, it was a full-size car. It is substantially larger than the cars today, the four door sedan version had a length of 213.7 inches, a width of 79.8 inches, and a wheelbase of 121 inches.

Leather seats and the many luxury options that are available on today’s cars, SUVs, and trucks were only available in the most luxurious of 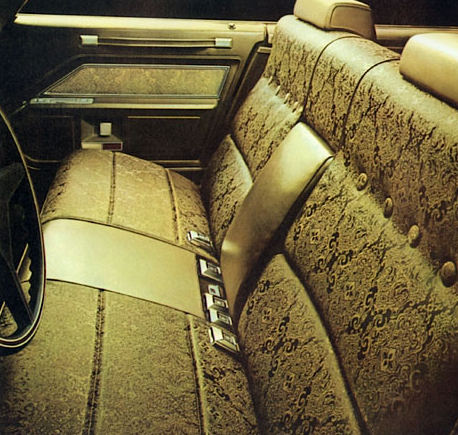 When buying a new car back in 1970, there wasn’t as much stress in the purchase as there is today. If a buyer happened to pick the wrong car in 1970, worst case scenario the buyer was stuck with the car during the entire 3 year loan agreement and could buy another new car in 1973 at the latest. Today when cars are much more expensive, if a buyer has regrets concerning the purchase that buyer is stuck with the car, SUV, or truck for a lot longer period of time or that buyer faces monetary penalties to get out of a car loan earlier if there is still an outstanding loan balance. Definitely back in 1970, the times were simpler and so was buying a new car.