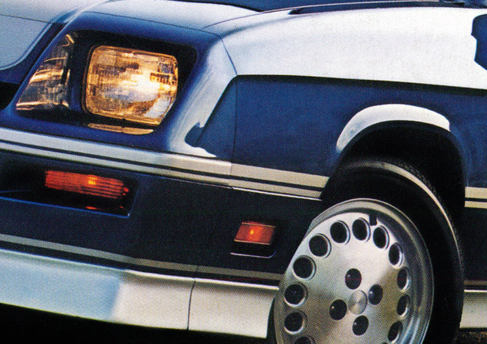 The original 1970-1974 Dodge Challenger was Dodge’s pony car which quickly garnered a great performance car reputation since it was equipped with some of Chrysler’s most legendary high performance V8 engines. Dodge cancelled the Challenger at the end of the 1974 model year since the original muscle car era was over. By the late-1970s there was renewed buyer interest in performance cars, Dodge felt it was the perfect time for the revival of the Challenger. Dodge instead of giving the Challenger name to a performance version of one of its existing rear wheel drive V8 powered cars, gave the name to the rebadged subcompact rear-wheel drive 2-door Mitsubishi Galant Lambda which it sold through its dealership network. 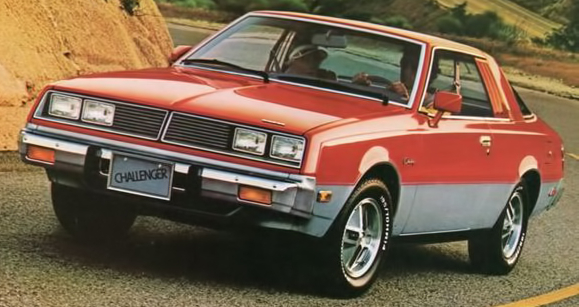 This Mitsubishi based Challenger was a good car for its era. It had an attractive sporty look and peppy acceleration. The problem was the Challenger name was on a rebadged import car that was only equipped with 1.6 liter 4 cylinder engine or a 2.6 liter four cylinder engine. Power output was as low as 77 horsepower and never exceeded 105 horsepower. Had Dodge found a way to equip the 1978-1983 Challenger with a genuine performance engine that produced 150 to 200 horsepower, it would have been different story since the Challenger would have been one of the faster cars of this era. Dodge eventually properly honored the Challenger’s name with the return of genuine performance oriented Challenger models starting with the 2008 model year.

In 1982 with the new Mustang GT, Ford gave the Mustang the performance infusion it sorely needed after a performance hiatus of many years. The 1982 Mustang GT was a big hit. By 1984, the Mustang GT was one of America’s favorite performance cars. For the 1984 model year, Ford decided to release a special edition of the Mustang called the GT350 to commemorate 20 years of Mustang production. The GT350 was the revival of the legendary name of the 1965-1970 Shelby Mustang GT350. The 1984 GT350 was based on the 1984 Mustang GT and had a unique Oxford White exterior, red exterior accent stripes, and a red interior. The GT350 certainly looked the part of a performance car and Ford had no difficulty selling the 5,260 produced for 1984.

It had great performance and handling for its era. The problem was one of perception. By the early 1980s, the classic Shelby Mustang GT350 had reached legendary status and the GT350 name should have been reserved for a unique top-end high performance Mustang. The 1984 GT350’s two engines a 165 horsepower 5.0 liter H.O. V8 with electronic fuel injection and a 175 horsepower 4-barrel carburetor equipped 5.0 liter H.O. V8 were the same engines available in the 1984 Mustang GT. In essence the GT350 was a 1984 Mustang GT with a special exterior appearance package. Ford could have avoided this by giving the 1984 GT350 a 30 to 50 horsepower boost over the Mustang GT or at least a given the GT350 a track tuned suspension. The GT 350 never returned for the 1985 model year. Ford learned its lesson and when it revived the GT350 name again for the 2016 model year ,it made sure the GT350 had substantially more horsepower than the 2016 Mustang GT and a track tuned suspension. 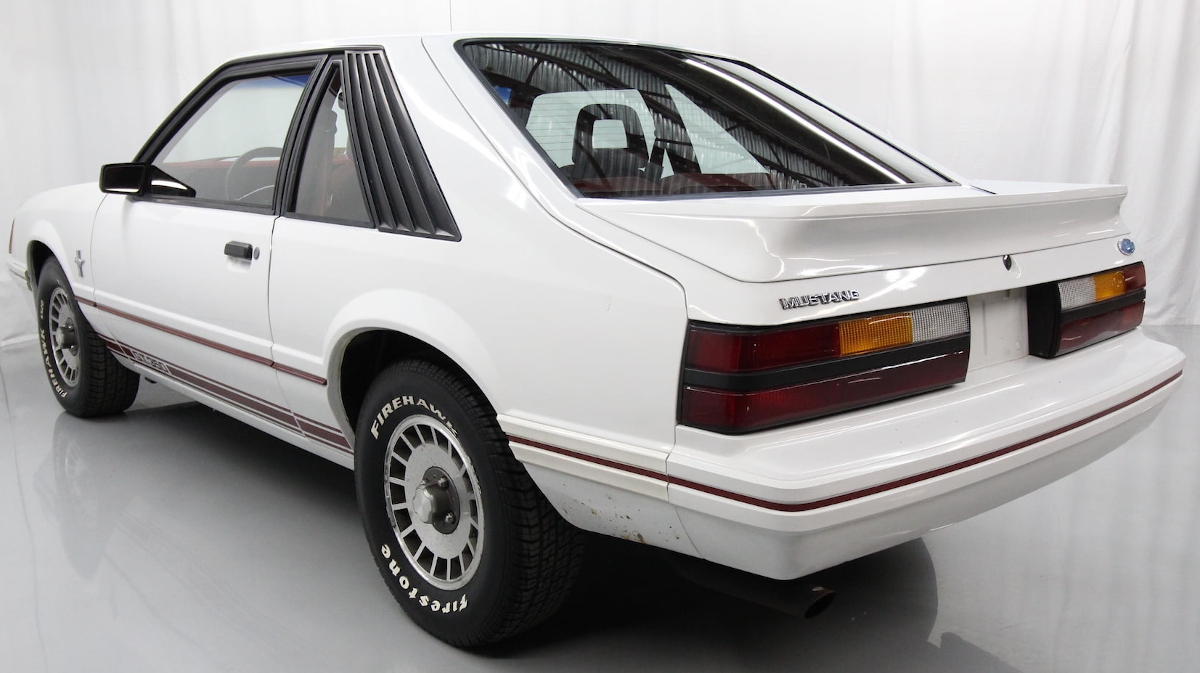 Pontiac was on a roll during the 1980s. It’s “We Build Excitement” slogan was evident in most of its models especially its Firebird models and new European inspired front-wheel drive models. However during this period Pontiac let its rear-wheel drive 2-door Grand Prix languish until the release of the low production 1986 2+2 model which was based on the 1986 Grand Prix. The 1964-1967 Pontiac 2+2 was one of the best performance oriented full-size cars of the 1960s. It was officially called the Catalina 2+2. Pontiac got it right with the look of the 1986 2+2 which received a unique aerodynamic front-end, a unique aerodynamic fastback roofline with a large rear fastback window, an aerodynamic rear trunk spoiler, and a unique two-tone silver and gray exterior paint scheme. The reason for the 1986 2+2’s existence was for the certification of the 2+2’s aerodynamic updates for the Pontiac Grand Prix race cars on the NASCAR race circuit.

On the surface the revered 2+2 name seemed to be a great fit for this low production Grand Prix aerocoupe since it looked like a true performance car and had good handling and steering feel. Unfortunately the 2+2’s 157 horsepower LG4 5.0 liter V8 was the same engine available in the pedestrian Grand Prix. The 2+2’s main competition the Buick Grand National, Chevrolet Monte Carlo SS, and Oldsmobile 442 all had performance engines that generated substantially more horsepower than the 2+2. Had Pontiac given the 2+2 an infusion of 40 or more horsepower, the 2+2 would today be remembered as a serious 1980s performance car. After 1986, the 2+2 never returned to the Pontiac car lineup.

The 1990-1991 442 had a state-of-the-art DOHC 4 valves per cylinder 4-cylinder engine called the Quad 4. It produced for its day an incredible 180 horsepower and for 1991 Oldsmobile offered a W41 version of this engine that produced a even better 190 horsepower. The 442 also included a well tuned handling suspension and an attractive European style exterior that included a rear trunk spoiler. The 1990-1991 442 was a fantastic performance car that during its era bested many American, Japanese, and European performance cars. However traditional performance car buyers couldn’t get past the front wheel drive and its compact size thus ensuring the 442 was a sales flop. Oldsmobile would never again revive the 442 name.