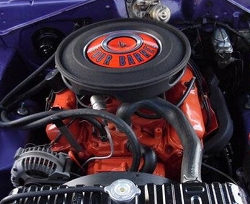 There were many great performance V8 engines from the golden muscle car era. The Chrysler 426 Hemi, Chevrolet LS6 454, Pontiac 455 HO, Buick Stage-1 455, and Ford 427 V8 are just a few of the great V8 motors from this original muscle car time period. With so many great performance engines produced during this era, many good V8 motors have fallen through the cracks. Some of them, it’s understandable why they have been forgotten, for they weren’t true performance motors. But there are some that provided a lot of performance punch but have been forgotten over time due to the shadows cast by their larger-displacement high-performance siblings. This is the list of the top 5 unsung muscle car V8 engines from the original muscle car era:

It’s easy to see how Ford’s fantastic small-block K-code 289 cubic inch V8 got lost in the fray and has been forgotten by many. With most muscle car fans focusing 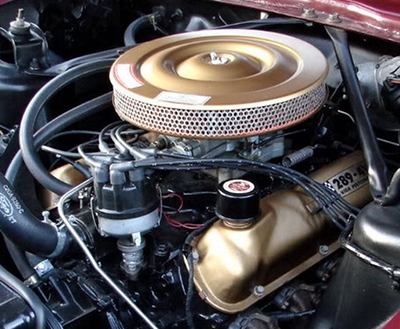 Don’t let the lack of love fool you, the K-code was one of the best performance V8s Ford produced during the 1960s. It produced a whopping 271 gross horsepower and started off life as a late-1963 Fairlane engine option. It was the Mustang’s high-performance engine option from 1964 ½ through 1967. The K-code just like the standard 289 had a large 4-inch bore and a small 2.87-inch stroke. The K-code had solid lifters, a hot cam, a 10.5:1 compression ratio, performance exhaust manifolds, and a 600 cfm Autolite carburetor.

The nickname given to the K-code back in its day was HiPo which stood for “high-performance”, indeed that’s exactly what it was. Even though the K-code may have been forgotten by many for decades, K-code equipped Fords are now very sought after by car collectors.

Now here’s a motor that get’s the Rodney Dangerfield no respect treatment, Chrysler may have produced the motor but had little interest in promoting it. The Chrysler 340 was released for the 1968 model year and stayed around until the end of the 1973 model year. When it was first released it was the perfect sleeper, it had a 275 gross horsepower rating from it’s inception until the end of the 1971 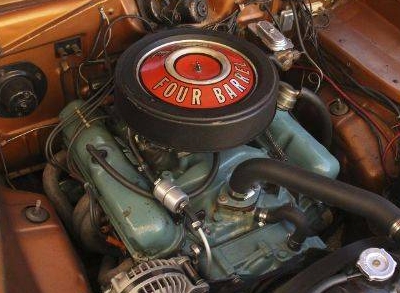 What made the 340 so potent was it was a lightweight small-block V8 which was part of the super reliable Chrysler LA series V8 engine family. It was overshadowed by Chrysler’s 426 Hemi, 440, and 383. These were all big-block V8s which were available in most of Chrysler’s muscle car offerings. But don’t that fool you, there were plenty of 340 equipped Mopar muscle cars that put to shame 383 powered Mopars and other large displacement muscle cars. Not to mention a 340 had a great weight advantage over it’s big-block brothers, that allowed for improved handling. It had a large 4.04-inch bore and 3.31-inch stroke. The 340 had a 10.5:1 compression ratio, free flow heads, and a Carter AVS 4-barrel carburetor. For 1971, Chrysler dropped the compression ration from 10.5:1 to 10.3:1, however it now had J-heads and a new higher flow Carter Thermo-Quad 4-barrel carburetor to compensate. The end result was the 1971 340 was the most powerful of the 1968-1971 340 V8s, the rumored true output was around 325 gross horsepower.

Still not convinced the 340 is a diamond in the rough? Hot Rod magazine tested a factory stock 340 powered 1971 Dodge Challenger and obtained a 14.18 second quarter mile time. As a comparison Super Street Cars magazine tested a 1971 Dodge Challenger equipped with the 390 horsepower Six-Pack 440 V8 and obtained a 14.1 second quarter mile time. 1968-1971 340 powered Mopar muscle cars are still very affordable compared to most classic muscle cars, yet they yield fantastic performance. 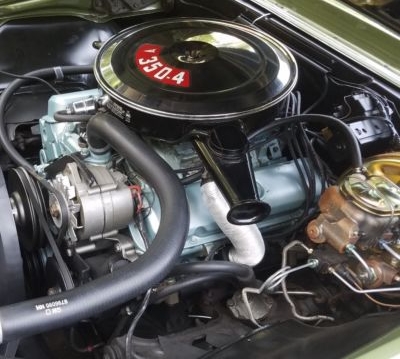 The 350 was first introduced for the 1968 model year, it had a 3.875-inch bore and a 3.75-inch stroke. However it’s the High Output or HO version of this motor that was a true performance motor, only offered in a few Pontiac models including the Firebird. For 1968 the 350 HO which was equipped with a Rochester Quadrajet 4-barrel carburetor, produced a very healthy 320 gross horsepower. For 1969 gross horsepower increased to 325 due to addition of new high-performance heads and a camshaft taken right out of Pontiac’s Ram Air III 400. The 1969 350 HO’s compression ratio was 10.5:1. 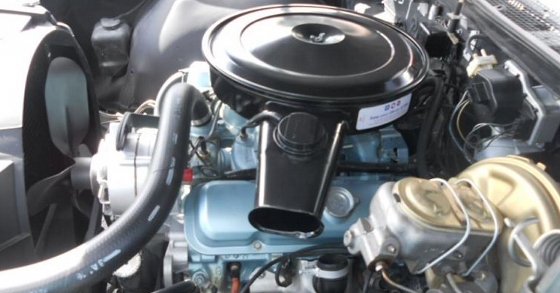 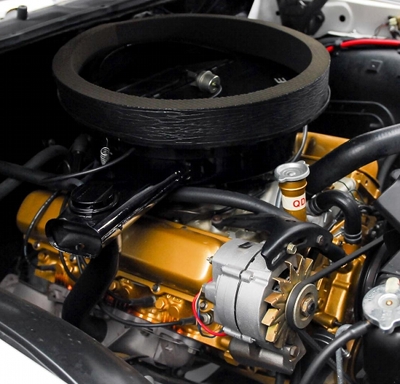 known as the W-31. It was offered exclusively in Oldsmobile Cutlass and F85 CHmodels from 1968-1970. It sold in very small numbers during this three model year run. For 1968 and 1969 most W-31 Cutlass models were understated and looked like any plain vanilla 2-door Cutlass and not the flashy muscle car Cutlass model based 442. By 1970 that changed, the W-31 had most of the exterior styling cues and racing stripes found on the 442. The 1968-1970 W-31 equipped Cutlass models all had Ram-Air induction. The 1970 was the only W-31 model that had functional twin hood scoops while the other W-31s had air inlets below the front bumper.

The W-31 produced 325 gross horsepower and had a 10.5:1 compression ratio. It had a 4.057-inch bore and 3.385-inch stroke. The W-31 had a high-performance cam and a performance calibrated Rochester Quadrajet 4-barrel carburetor. The W-31 used the same heads and exhaust manifolds as the other Oldsmobile 350 engines from the same model years. For 1970 an aluminum intake manifold replaced the cast iron intake manifold used on the 1968-1969 W-31 cars.

A 1970 W-31 powered Cutlass was tested by Popular Hot Rodding magazine. It obtained a 14.62 second quarter mile time. With performance like this, there’s no doubt the W-31 was a genuine muscle car engine.

Among unsung muscle car engines, the Chevrolet L79 327 cubic inch V8 has become the most well known by muscle car fans and collectors in the last two decades. The L79 327 was produced from the 1965 model year through 1968 model year. The L79 wasn’t the most powerful small-block Chevrolet V8 or even the most powerful 327 V8 ever produced, however it was the 327 V8 which gave true high performance power to the people. It powered many different Chevrolet models from 1965 through 1968. It was even available on the Corvette during this time period. It was never the Corvette’s top engine option but it did provide plenty of punch.

The reason the L79 made this list was Chevrolet didn’t promote this engine, it treated it as just a very slight performance upgrade from its base 327 V8. As an example, bear in mind the hoopla may have been all about the 375 horsepower big-block L78 396 cubic inch V8 equipped Chevrolet Chevelle SS during this era, but those cars were too pricey for most performance buyers. A buyer however could get a Chevelle with a 350 horsepower L79 327 for less than $3,000 which was a heck of a lot performance for the money.

For the last two model years of the L79, it was rated in some applications at 325 horsepower instead of 350 horsepower. The horsepower drop was just Chevrolet fudging the numbers for marketing reasons, the L79 still made 350 gross horsepower even when the factory rating was 325 gross horsepower. 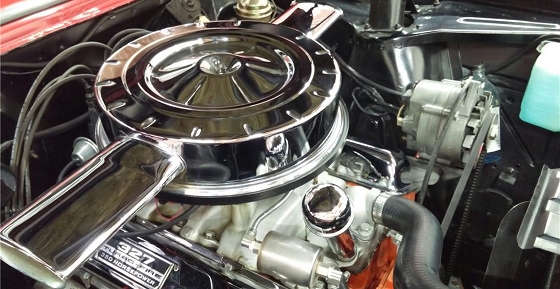 The L79 had a 11.0:1 compression ratio, a high-performance hydraulic camshaft, high-compression pistons, and a 600 cfm Holley 4-barrel carburetor. For the 1968 model year the Holley was replaced by a 750 cfm Rochester Quadrajet 4-barrel carburetor. The L79 equipped cars are capable of breaking into the 14 second range in the quarter mile. But that’s not what makes the L79 so special, it’s how easy and cheap it is to modify the L79 to break into the 13 or 12 second quarter mile time range.