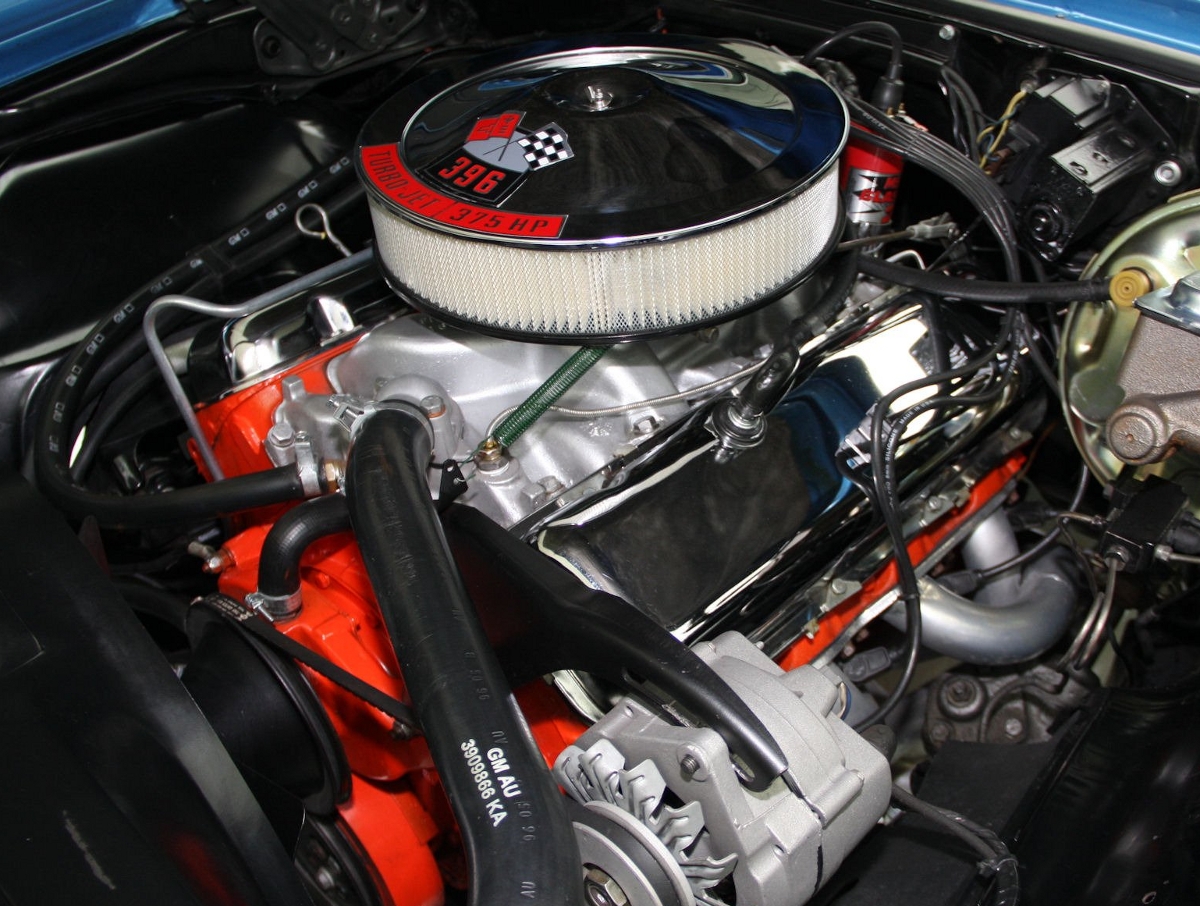 The 1960s Chevrolet performance big-block V8 engines, the W-series 409 and 427 cubic-inch V8s and the Mark IV 427 cubic-inch V8 were some of the most legendary performance engines produced during the 1960s. These engines were primary designed for professional racing, there use in production Chevrolet cars was secondary. They were optional engines exclusively in Chevy’s full-size car models. The only exception was the Mark IV big-block 427 which was available in the Corvette from 1966-1969 and in the late-1960s in very small numbers in the Camaro, Nova, and Chevelle when ordered through Chevrolet’s C.O.P.O program. This is how Yenko and a few other Chevrolet dealerships were able to order these cars with the 427 add a few mods and exterior graphics and resell them as speciality cars. Most buyers knew nothing of the C.O.P.O program until years after the program was cancelled. Most Chevrolet muscle car buyers back in the 1960s who wanted a mid-size or smaller muscle car, the 427 wasn’t available since GM had a corporate mandate during this time period that mid-size and smaller cars couldn’t have an engine with more than 400 cubic-inches of displacement. Starting in the 1966 model year the Chevrolet Corvette was exempted from this ban and GM eventually lifted the ban for its mid-size cars starting with the 1970 model year.

From 1965 to 1970, Chevrolet’s big kahuna big-block V8 performance engine for its mid-size and smaller muscle cars was the L78 396 cubic-inch V8. This engine was never used in professional racing but the Chevrolet performance parts used in and on the L78 had Chevrolet racing DNA written all over them. 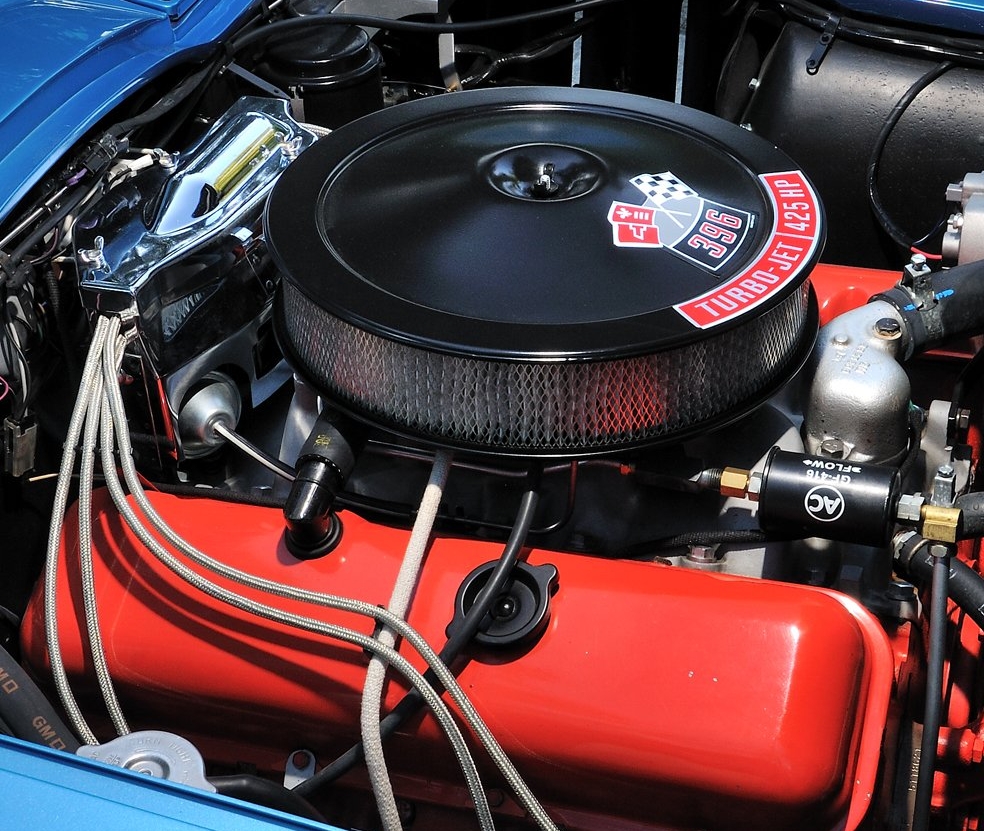 Now it should be mentioned that the 1969 L78 used in Hot Rod’s dyno test was factory stock however it had a slight 0.030 inch overbore due to an engine rebuild which increased the displacement from 396 to 402 cubic-inches. A very slight increase in bore is fairly common with muscle car V8 engine rebuilds. It should be noted that a bore increase in this case of only 6 cubic-inches probably had no impact or very little impact on peak horsepower numbers obtained in this test. Worth noting, for the 1970 model year Chevrolet increased the 396’s displacement to 402 cubic inches using the same increase in bore Hot Rod did for their test. So the L78 396 for 1970 was a 402 V8. The same was true for all other versions of the 396 for 1970. Chevrolet kept the “396” moniker instead of changing it to correct “402”. So technically the L78 396’s last production year was 1969 and the 1970 was a L78 402 however since Chevrolet marketed the L78 402 as a L78 396, history will probably continue to refer to it as the 1970 L78 396. To add even more confusion Chevrolet did slap a “402” air cleaner decal on some its 1970 model year 402 engines, Chevrolet decided it was time to retire the “396” moniker and finally called the “402” a “402”. We’ll sort of, in its sales literature at the time for some odd reason Chevrolet referred to the 402 as the “Turbo Jet” 400 which is not to be 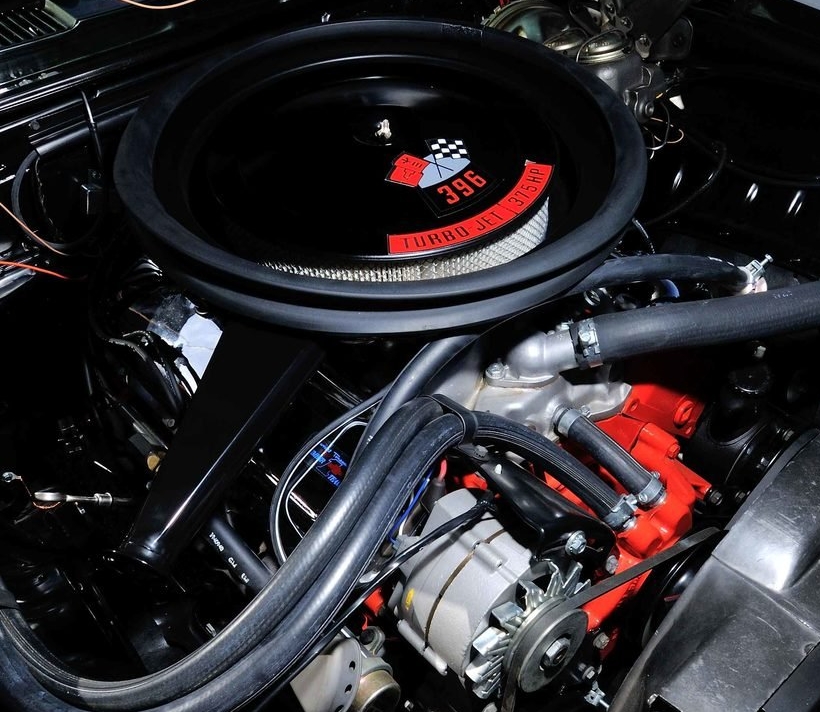 confused with the small-block 400 V8 which was available during this time and called the Turbo-Fire 400. For 1971 the L78 was no longer in Chevrolet’s engine lineup, it would never return.

Why is the The L78 396 such a extraordinary engine? It was considerably more powerful than all the other Chevrolet 396 V8s and it could go toe to toe with some of the best Chevrolet Mark IV big-block 427 and 454 V8s and most of the legendary muscle car engines of the 1960s. Many of the L78’s performance parts were also found on some of Chevrolet’s 427 and 454 V8s. The L78 had a 11.0:1 compression ratio, an aluminum intake manifold, a high performance solid lifter camshaft, a 780 cfm Holley 4-barrel carburetor with mechanical secondaries, high performance heads with large square exhaust ports, and other performance goodies. Though L78 production numbers were small compared to the lesser performance versions of the 396 V8, the cost of the L78 was still within reach of the average muscle car buyer back in the day.

L78 performance on the average was low-14 second quarter mile range. However this is misleading since most of the L78 equipped cars were intermediate or slightly smaller cars which tended to have narrow and smaller tires with poor grip. With wider tires like those found on 1970s muscle cars like the Trans Am or racing slicks, a L78 equipped car will easy break into the 13 second quarter mile range. In the end it doesn’t matter what the factory horsepower and torque ratings are for the L78 396, what does matter is that it’s one of the best performance engines Chevrolet ever produced.