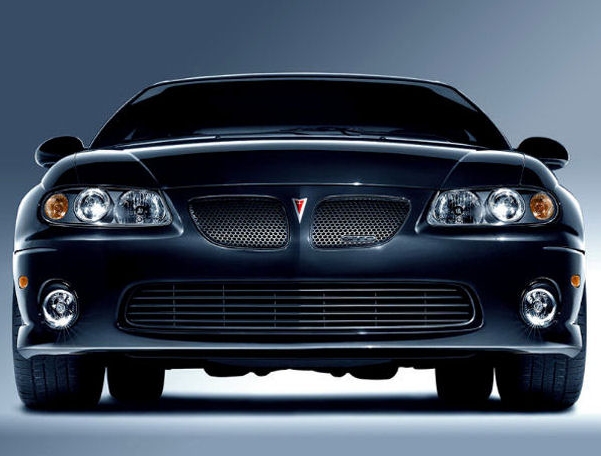 Pontiac fans had been clamoring for a new GTO ever since GTO production ceased at the end of the 1974 model year. In March 2002, Bob Lutz then Chairman of GM North America, made the announcement that the GTO would soon return. Since the only U.S. produced GM car platform that was rear-wheel drive at the time was the Chevrolet Corvette’s, Lutz decided to rebadge a Holden Monaro as a Pontiac GTO. Holden is an Australian based automobile manufacturer which is owned by GM.

The Monaro was perfect for the job since it was sporty 2+2 2-door coupe with rear-wheel drive and a V8. Not to mention the Monaro’s V8 at that time was the same LS1 found under the hood of the Corvette. Besides importing the GTO based Monaro to the U.S. from Australian, all that was required was changing the driving configuration from right wheel drive to left wheel drive, changing the badges and callouts, and few other slight changes. The plan at the time seemed brilliant since the development of a brand new car took at least 4-5 years. The GTO based Monaro could hit the U.S. shores quickly giving Pontiac performance fans a genuine rear-wheel drive V8 powered 2-door performance car.

There was a big flaw with this plan, the Pontiac GTO which last saw production during the 1974 model year was a treasured icon. During the 1960s and early 1970s the GTO earned Pontiac its performance credibility. To revive the GTO name was serious business, in other words just slapping GTO badges on a modern performance car in most cases wasn’t going to cut it. The problem was the Holden Monaro looked like the offspring of a 1993-2002 Toyota Supra and the 2-door BMW 3-series in production at the time. The styling was more European and Japanese in its overall design theme than American. Hence there was a lack of demand for the 2004 GTO, this is why only 15,740 were produced for the 2004 model year. Pontiac did add a set of retro non-functioning hood scoops for 2005 and 2006 which looked very similar in appearance to the 1968-1970 GTO’s hood scoops. Special note, these scoops were available in 2004 as part of a Pontiac dealership network offered 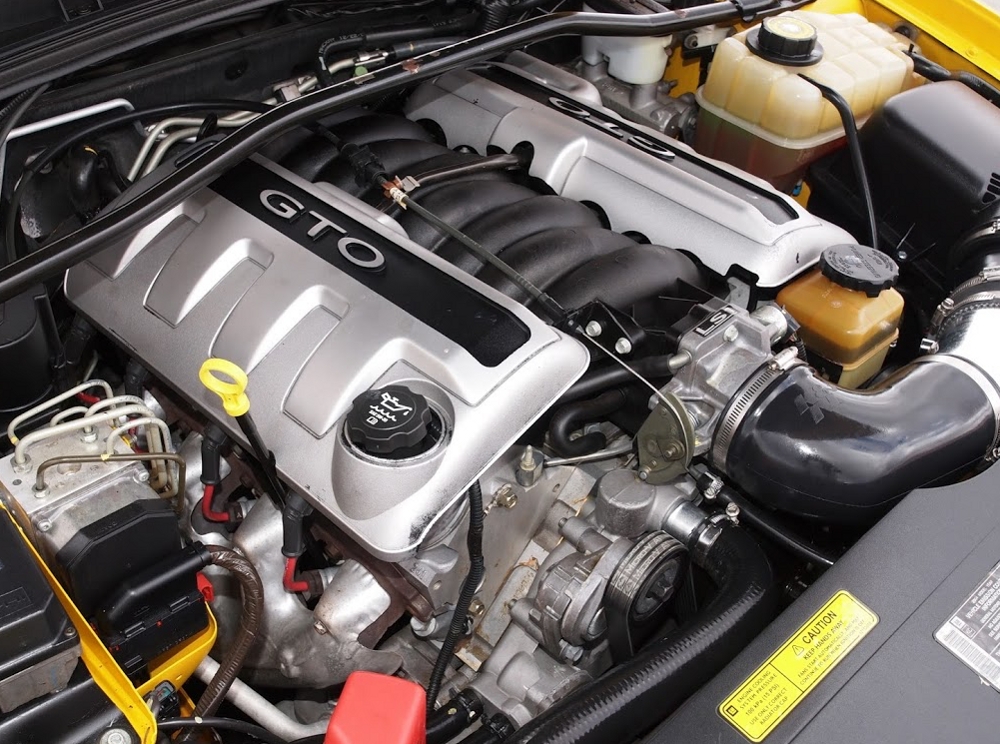 Even though the styling wasn’t popular at the time, the GTO was one of the best performance cars available in the U.S. For the 2004 model year the GTO was equipped with the Corvette’s 5.7 liter LS1 V8 which produced 350 horsepower and 365 lb-ft of torque. With the LS1 powered GTO, Motor Trend magazine back in December 2003 obtained a 0-60 mph time of 5.3 seconds and quarter mile time of 13.62 seconds at 110.7 mph. This was ultra fast back then and it was fast enough to beat even the most legendary bone stock GTOs from the golden era. For the 2005 and 2006 model years, the LS1 was replaced by the 6.0 LS2 V8 which produced 400 horsepower and 400 lb-ft of torque. In a March 2006 comparison test, Motor Trend test drove a LS2 powered GTO and obtained 4.7 seconds from 0-60 mph and 13.3 seconds at 105.9 mph in the quarter mile. Ironically the all-new retro styled 2005 Mustang GT was what performance car fans and the automotive press were enthralled with back in 2005 – it may have outsold the 2005 GTO since 60,792 Mustang GTs were produced for 2005 but the Mustang GT’s 300 horsepower 4.6 liter was lackluster in comparison to the 2005 GTO’s 400 horsepower 6.0 liter V8. The 2004-2006 GTO was standard with a 4-speed automatic transmission and optional with a 6-speed manual transmission. The 2004-2005 GTO even sounded like a traditional muscle car with its very deep and beautiful sounding exhaust tone from it’s true dual exhaust system. For 2004, the two tailpipes exited on the driver’s side lower rear bumper, for 2005 and 2006 each pipe was located on different sides of the lower rear bumper. 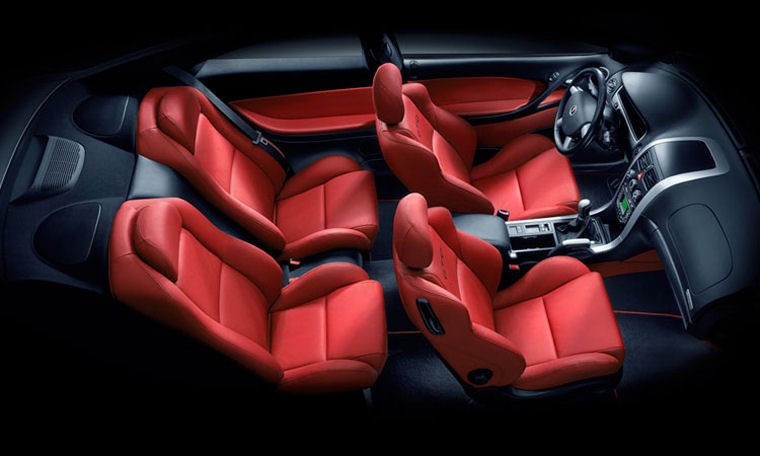 legroom for a 2+2 performance car. The superior fit and finish of the GTO was apparent everywhere including the interior. The interior was in the same league as much more expensive BMWs. The GTO came standard with so many options including leather seats and a keyless entry system. The downside with the GTO being standard with so many features which were options on other performance cars, was it had a pricey base MSRP sticker price – for 2004 it was $31,795 and $32,295 for 2005. Pontiac lowered the base MSRP down to $31,290 for 2006 which helped to increase sales. However if Pontiac had offered in addition to the loaded GTO, a base GTO model with less features that had cloth seats with a base MSRP for right around $26,000, GTO production numbers would have had the potential to be closer to the Mustang GT’s production numbers. Ironically GM made the same mistake again with the 4-door 2013-2017 Chevrolet SS which was also a rear-wheel drive V8 powered performance car produced in Australia by Holden, it had a pricey base MSRP price and was only available loaded with options – only 12,860 units were during its entire production run. 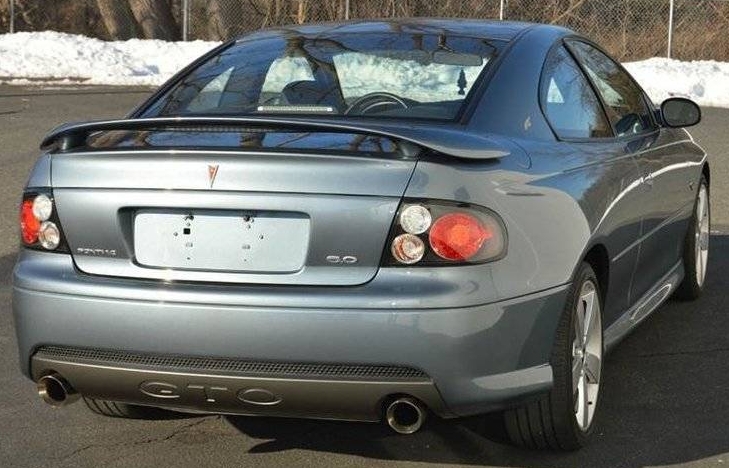 We were all told growing up don’t judge a book by its cover, so you should not judge the 2004-2006 Pontiac GTO by its looks alone. It was a great performance car that lived up to GTO name. Ironically its looks have aged well and over the years many traditional Pontiac and American performance car fans have grown to like its exterior styling. Since the Pontiac brand is long gone, the 2004-2006 GTO will certainly be the last Pontiac to ever carry the GTO name. Even though this generation of GTO has been gone for a little over a decade it can still go toe-to-toe with most of todays high performance cars.