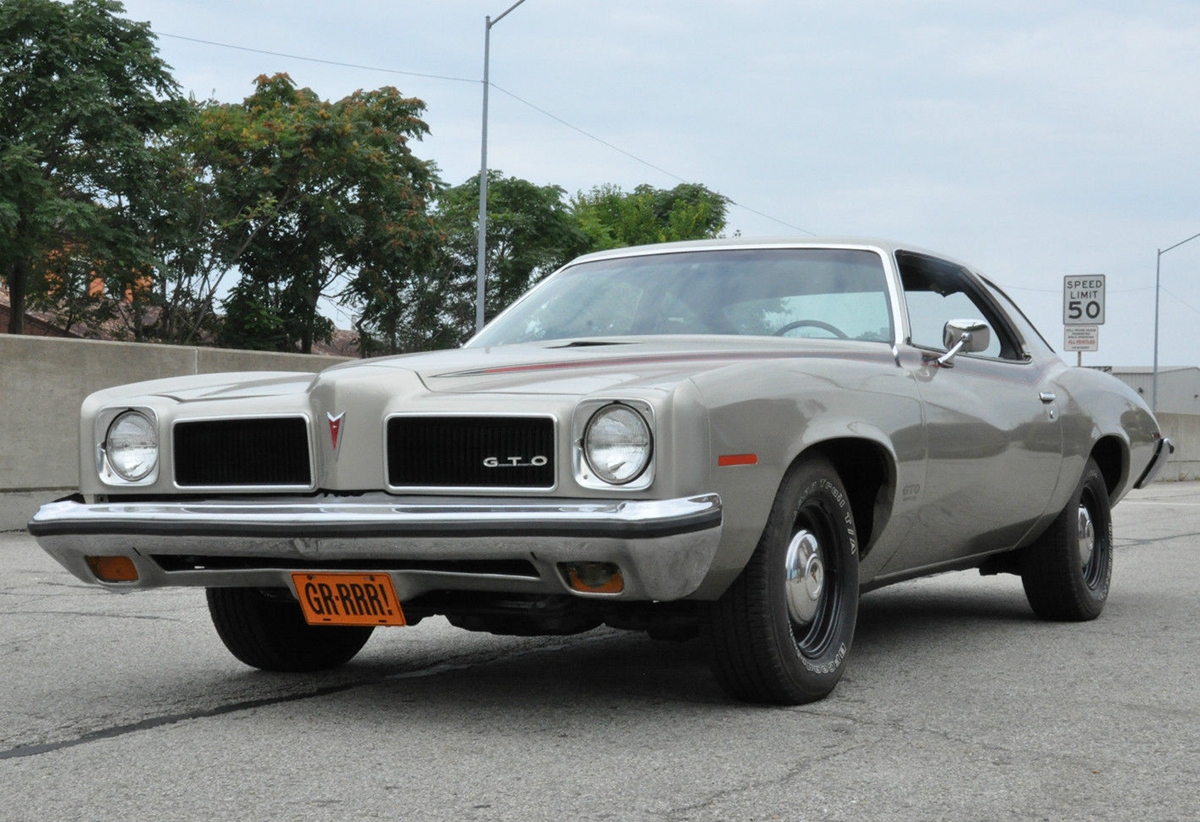 The GTO which was one of the most influential cars of the 1960s, by 1972 had encountered a massive sales black hole. With the rise in popularity of the Pontiac Trans Am and Pontiac Firebird Formula, it was quite apparent by 1973, the GTO had lost its position as Pontiac’s top performance car. The GTO was still relevant but the massive sales slide and the changing climate of the 1970s Auto industry were warning signs of the future retirement of the GTO.

1973
The GTO Attempts to Make a Comeback:

At the beginning of the 1973 model year it seemed the GTO sales slide could be reversed given that the GTO had the all new 1973 LeMans exterior styling was based on GM’s new popular Colonnade styling. However total production of 4,806 1973 GTOs for the 1973 model year told another story – one of a car that was approaching extinction.

The best Pontiac engine for 1973 was the Super Duty 455 cubic-inch V8, which for 1973 was only available in the Pontiac Trans Am and the Firebird Formula. It was now clear by 1973 that the Firebird especially the 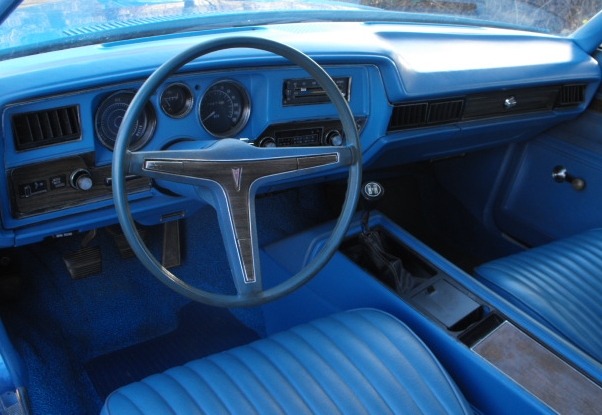 The GTO lost its Endura front end in 1973, it now had a conservative chrome front bumper. The Endura front end which should have been on the GTO instead was given to the new for 1973 – Pontiac Grand Am. All signs were pointing to the truth that Pontiac was abandoning the GTO, and it was becoming very difficult to tell the difference between a GTO and a run-of-the-mill 2-door LeMans. On the other hand Pontiac did give the 1973 GTO: dual black grilles and a sporty hood with dual NACA scoops as standard – this hood was optional on the Grand Am and Lemans GT. The NACA scoops were a very nice touch that added to the appeal of the 1973 GTO, unfortunately they were non-functional. The 1973 GTO’s interior was very modern and stylish and was a big improvement over the previous year’s interior.

If 1973 seemed to be a letdown, 1974 would prove to be a real downer for most GTO fans. For 1974 Pontiac moved the GTO option package to the Ventura line-up which was based on the GM X-body platform. The Pontiac Ventura was much lighter than the heavy GM Colonnade A-body LeMans, the A-body plaform had gained quite a few pounds over the years. Moving the GTO to the Ventura sounded like a great idea however the styling of the Ventura was way too conservative to win over the hearts of most GTO fans. The Ventura was essentially Pontiac’s version of the Chevrolet Nova. The only sporty exterior styling cue on the GTO was the new functional shaker hood scoop which was taken from the Trans Am’s parts bin. There was also an opening 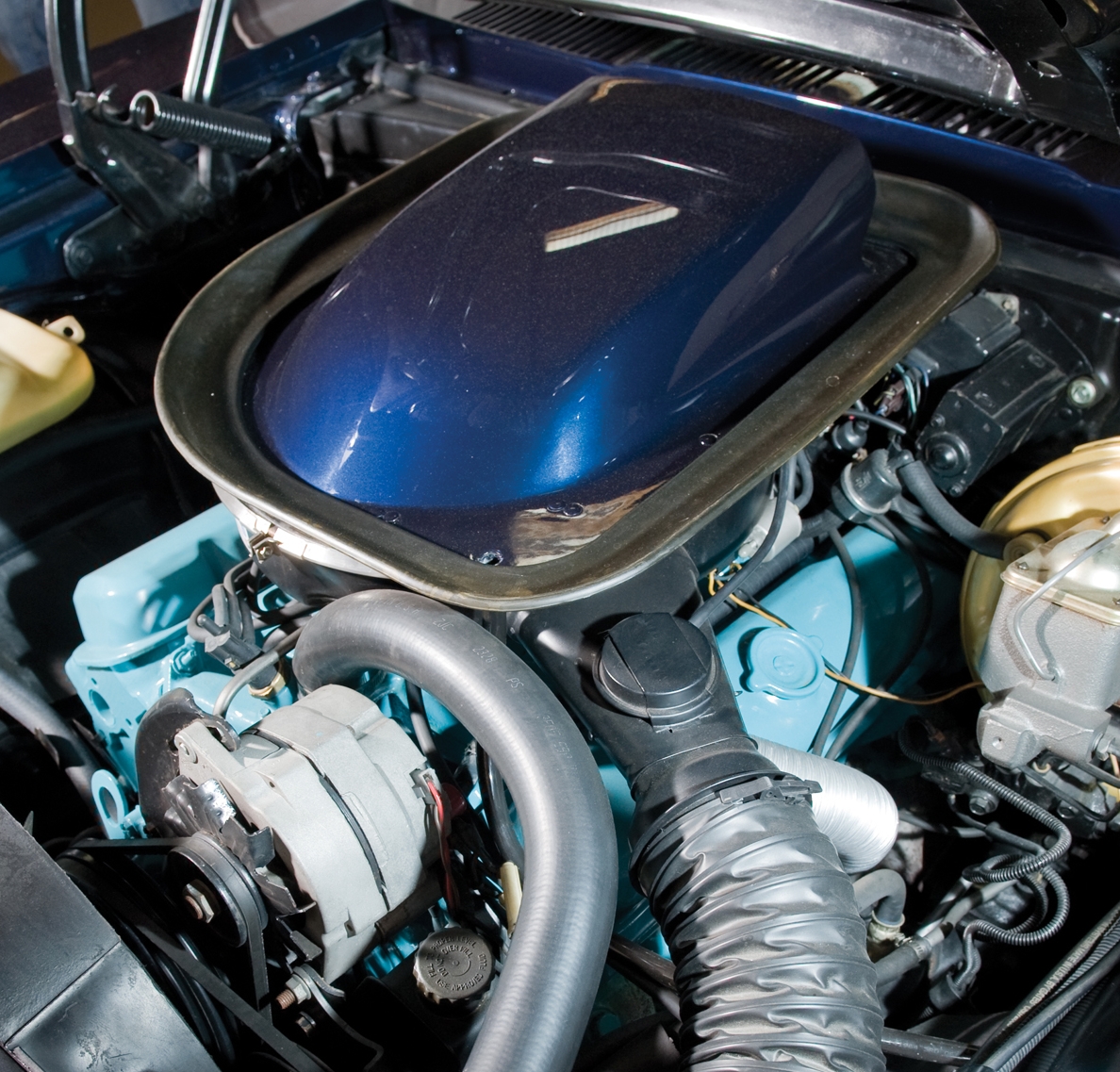 rear hatchback option. With the hatchback a bizarre fold-out camper option was available where one could sleep in the cargo area free from the elements. The hatchback provided better cargo capacity than the standard trunk equipped GTO.

On the engine front, the 455 and 400 V8s were dropped from the option list. The only engine available was a Pontiac 4-barrel 350 cubic-inch V8 which produced a low by GTO standards – 200 horsepower. Even though it was a good performer when compared to other 1974 model year performance cars, most performance cars had their wings clipped by this time, it was a far cry from the GTO’s high performance engines from a few years prior. Now imagine if Pontiac had offered legendary Super Duty 455 V8 as a GTO engine option for 1974 like it did for the 1974 Trans Am and Firebird Formula. The 1974 GTO was almost 500 lbs lighter than the Trans Am and Formula, the Super Duty 455 would have made the very light 1974 GTO one of the fastest muscle cars of the orginal muscle car era. Unfortunately Pontiac missed this opportunity big time.