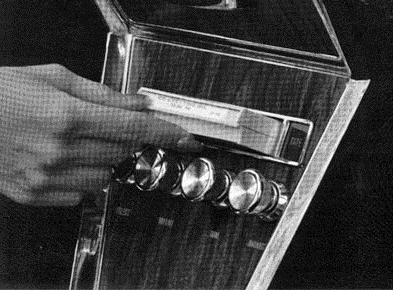 Over the years most people have taken it for granted that they can listen to their favorite music while driving in their cars, trucks, and SUVs. This wasn’t always the case, drivers and passengers at one time were forced to listen to what was on the radio. Car record players first appeared as car options in the 1950s but never caught on because they were expensive, too bulky, and the records wore out quickly since car record player arms were heavily weighted to keep the needle on the record when the car encounter road imperfections. Fortunately this all changed in the 1960s.

Bill Lear, the founder and owner of the Learjet Corporation wanted a portable tape cartridge system which he could offer as an interior cabin option on his Lear jets. Unlike a record player, a tape system would play a recording with no issues even when an airplane is encountering very bad air turbulence. Lear looked at the possibility of using the newly released 4-track tape cartridge system which had the ability to play two stereo programs. The problem with the 4-track system was it was expensive and with only being able to play two stereo programs it wasn’t suited for playing longer duration recordings. Lear’s solution was an 8-track tape cartridge which had 4 playable stereo programs. 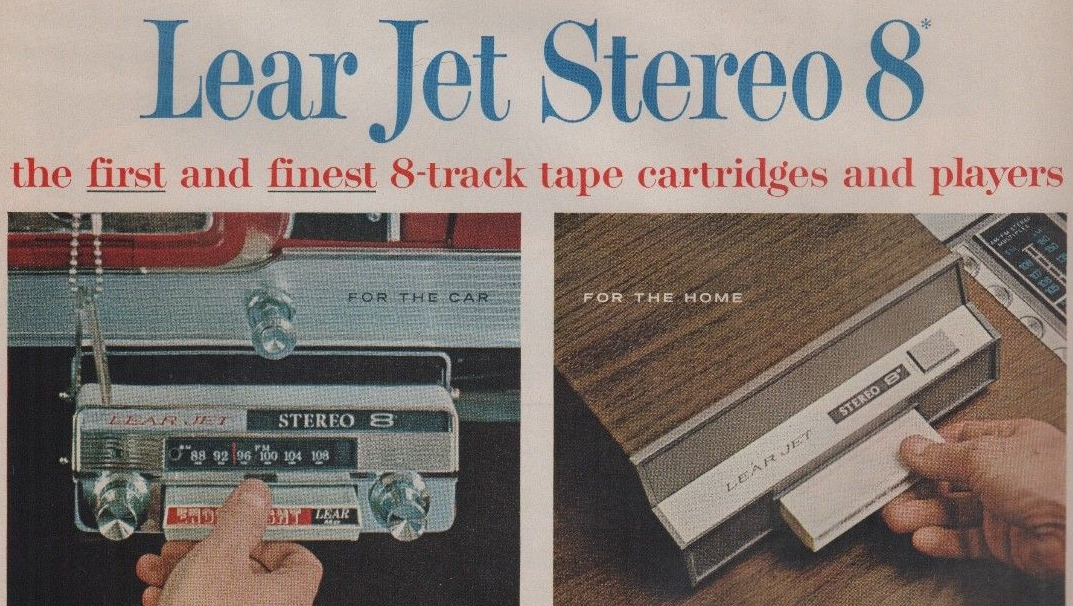 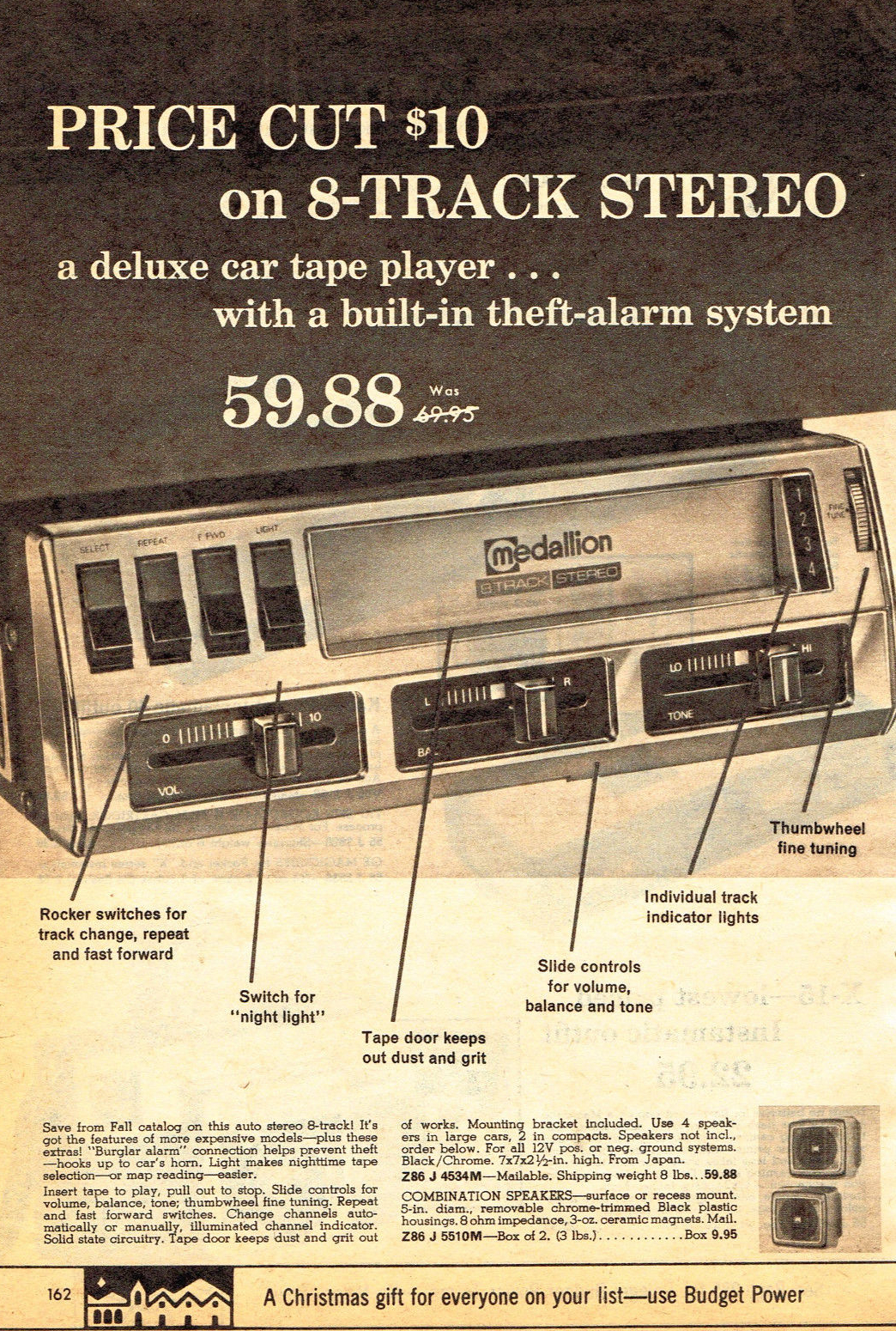 4-track tapes thus making it much more appealing to the customer and the record companies. Even though during the 1960s there were 4-track car players, they didn’t really catch on with car owners. The 8-track system was officially introduced in 1964 and it caught on very quickly. Ford was the first to offer an 8-track player as a factory option in a few of its cars for the 1966 model year. Within a few years it became one of the more popular car options, especially with younger car buyers. Part of the success of the 8-track was that it was also popular with home stereo owners. Reel-to-reel tape systems during the 1950s began to make inroads into the home market for audiophiles however they were expensive and required a user to thread the tape to the empty real every time the tape was played, which wasn’t an easy task. With the 8-track system it was much more compact than the reel-to-reel system, and the tape was enclosed inside a plastic cartridge which protected the tape. All a user had to do was push the tape cartridge into the player to hear music, and remove it from the player when done. 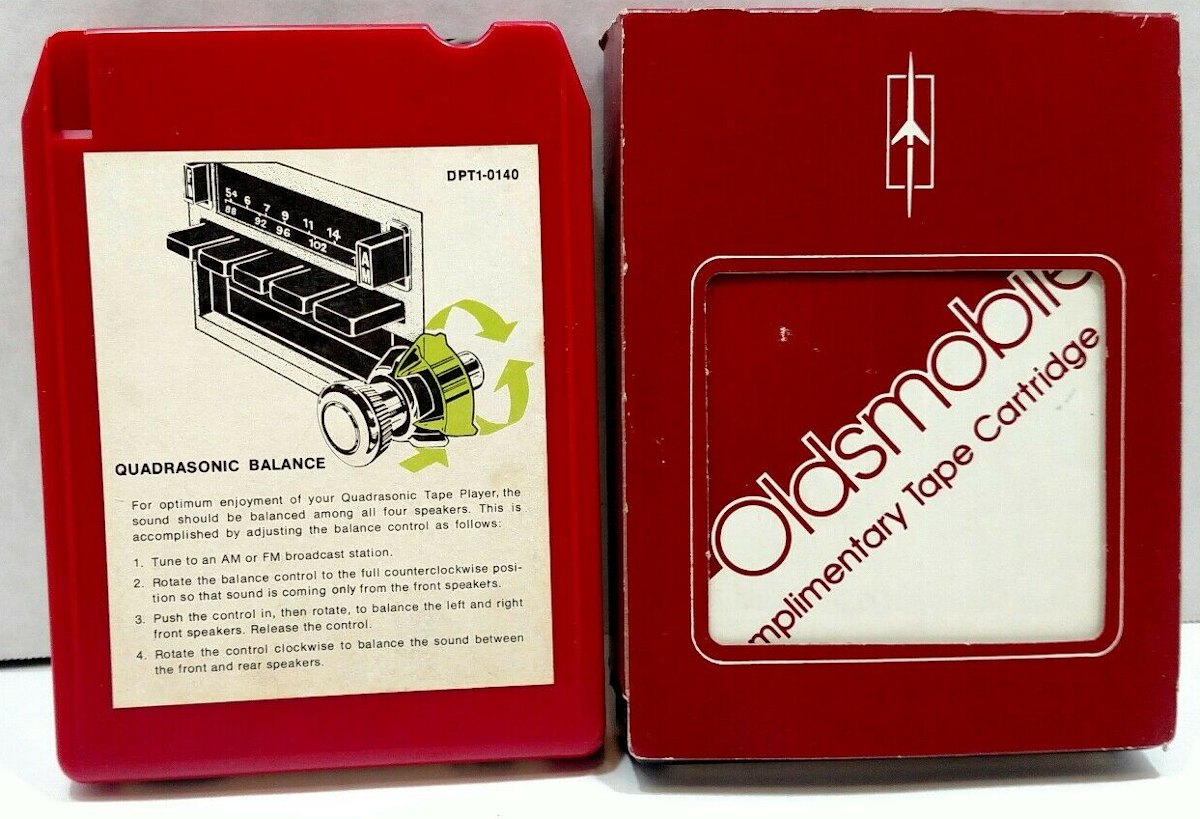 By the late-1960s for those who didn’t have a car 8-track player, it was a reasonably priced purchase to obtain a quality 8-track unit which easily mounted under the dashboard. This was a great solution since it worked with a car’s existing AM or AM/FM radio. And for those who wanted to replace a stock AM or AM/FM car radio with a new 8-track unit with a built in AM/FM tuner, these units were also inexpensive. The cost of a buying an music artist or music group 8-track tape album in the late 1960s was $4 to $6 which was also very reasonable.

The 8-track was a forward only tape which would play continuously without stopping until the unit was powered down or the tape cartridge was removed from the unit. This was a great feature for long trips since you could listen to your favorite album over and over again and not have to touch the 8-track unit. Unfortunately there was no rewinding of the tape to hear a particular song or a part of a recording over again. You could only jump from one of the four stereo programs to another stereo program with a push of a button. However when jumping from one program to another, the unit would play at the same time frame in the new program where it was at in the previous program. In other words if the tape was 3 minutes into the 1st program, when changing programs you would be 3 minutes into the 2nd, 3rd, or 4th program. It’s worth noting some high-end 8-track players had repeat and fast-forward capabilities. Another shortfall of the 8-track was some 8-track tapes had music or content that spread across two programs, which created a slight pause in the music or content accompanied by the annoying clicking sound of the program change.

Even with the flaws of the 8-track system it remained extremely popular until the early-1980s when the smaller cassette tape technology became the more popular tape media which caused the 8-track’s demise. The 8-track technology was not only a great innovation for the automobile but it revolutionized the way drivers and passengers listened to music or other recordings in a car. It was the first time that many automobile owners and car occupants could listen to their favorite music or recordings. This was especially important on long car trips through the country where there were very few radio stations. The car 8-track system was also a catalyst for OEM and aftermarket radio manufacturers to greatly improve sound quality. This push for advancement and the ability to listen to your favorite music or programing paved the way to the highly advanced sound systems in our current cars, trucks, and SUVs. Unfortunately the 8-track has been forgotten by history and most 40 years of age and younger have never owned one, listened to one, or even know of its existence.

Written contents in this article – © 2019 Pete Dunton – All Rights Reserved