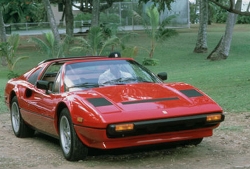 If there was ever a TV show that revolutionized the concept of private investigator themed TV shows, Magnum P.I. was that show. Past private investigator themed shows usually portrayed a hard at work private detective who solved difficult cases. With Magnum P.I the lead character was Thomas Magnum who was played by Tom Selleck. Magnum was not the typical private detective, he lived on the beautiful Hawaiian island of Oahu and only worked when wanted to. He lived in a private residence which was part of a gated mansion that overlooked the Pacific Ocean. Magnum was a former Navy Officer who left the U.S. Navy to live the good life in paradise. The beachfront mansion where Magnum lived was owned by Robin Masters a wealthy novelist who rarely visited this mansion. Masters allowed Magnum to live in a private residence on the mansion grounds, rent free, as long as Magnum would do some freelance detective work for him when needed. It was an easy life for Magnum, he usually wore a Hawaiian shirt and shorts. His only possession of any value was his Rolex GMT watch. He could come and go as he pleased. He swam in the Pacific Ocean which was at the most a 30 second walk from his residence or have some drinks with his friends at a local outdoor bar. His biggest perk for being a friend of Robin Masters was being able to have full access to Masters’ bright red Ferrari 308 GTS which he could drive at any time.

It was this lap of luxury living, that made Magnum different than the private detectives on the other TV shows. However this didn’t mean Magnum had a stress free life, he still got shot at, beaten up, and had his fair share of disappointments and problems related to his cases. Not to mention Magnum had to deal with Jonathan Higgins who was the caretaker of Masters’ beachfront estate. Higgins was a constant thorn in Magnum’s side. 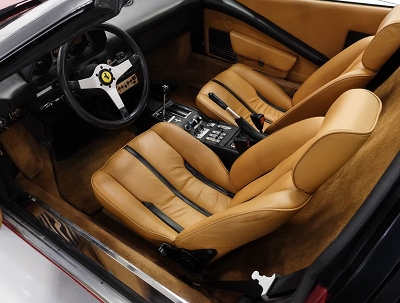 guest cast, fantastic stunts, and the stunning Hawaiian scenery made Magnum P.I. a TV show that will not be forgotten. However one of the great aspects of the show was the Ferrari 308 GTS which kept performance car fans watching. When Magnum P.I. first premiered in fall of 1980, it was a very low point for new performance cars. Most V8 engines in 1980 model year cars were lucky to surpass 150 horsepower or go 0-60 mph in less than 10 seconds. Viewers seeing on the TV screen what at the time was a late-model high-performance Ferrari which could trot 0-60 mph in about 7 seconds was reassuring that performance wasn’t dead. Especially when you consider Magnum’s Ferrari had a top speed of almost 160 mph.

The 2-seat Ferrari 308 GTS which was a mid-engine configuration, was the perfect car for Hawaii with its sleek exotic car styling and bright red color it was one of a very few cars at the time that could really standout in the bright sunny Hawaiian background. For the early episodes a 1978 Ferrari 308 GTS was used, this is the car 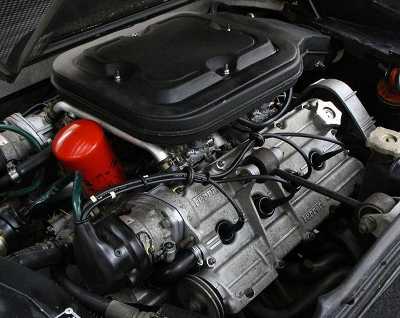 that can be seen in the show’s opening intro doing the famous grass to pavement burnout. It was equipped with a tiny 2.9 liter DOHC V8 that produced 240 horsepower since it was the U.S. emissions legal and U.S. safety compliant version of the 308 GTS. The downside was this U.S. version produced about 15 horsepower less than the version sold in Europe and other countries. It had larger black front and rear bumpers to comply with U.S. crash standards. Since it was the GTS model it came standard with a removable black targa top. With all filming being done in Hawaii, the targa top was removed most of the time. A 5-speed manual transmission was mandatory. 14-inch 5-spoke alloy wheels were standard. The small V8 may have been tiny in displacement but it packed a lot of punch due to having high compression pistons, a high lift camshaft, and a free-flow exhaust system. It produced around 181 lb-ft of torque at 5,000 rpm which was poor torque at too high up the rpm range compared to most V8s. Truth be known this was probably the reason for the famous grass to pavement burnout in the show’s intro. The 308 really didn’t have the low-end grunt to burn much tire rubber, the soft and slippery grass certainly aided in the burnout. The 308’s V8 was a typical low displacement high revving racing type motor, it was a motor that really didn’t come alive with power until after 3,000 rpm. This engine used four Weber 40DCNF carburetors . The motor unlike most mid-engine Ferraris is mounted in a transverse configuration. 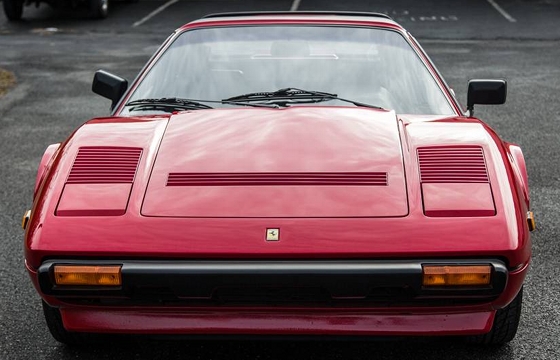 Subjectively the Ferrari 308 GTS body style which was designed by Pininfarina, was one of the best looking exterior styling to grace a 2-seat sports car. The styling was first introduced on the 1976 Ferrari 308 GTB. A year later the Ferrari GTS which had a standard black targa top was introduced for the 1977 model year. The early run of 308 GTB had body panels which were made of fiberglass giving it an ultra light curb weight. During the 1977 model year the 308 GTB’s body panels where changed to steel. All Ferrari 308 GTSs had steel body panels.

During the 8 seasons of Magnum P.I., the show production staff updated the 308 GTS to newer 308 GTS and 308 GTSi models as the show progressed. The 308 GTSi denotes the early Bosch K-Jetronic fuel injection models that weren’t Quattrovalvole equipped or in American speak four valves per cylinder. The 1982-1985 308 GTS with the Quattrovalvole engine is referred to as a “308 GTS”. 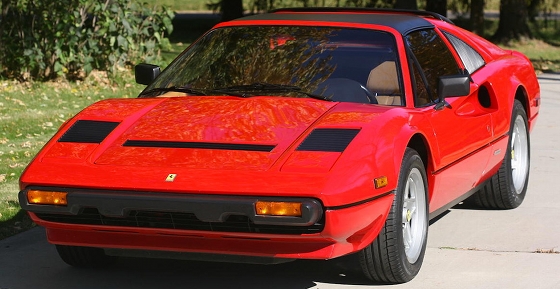 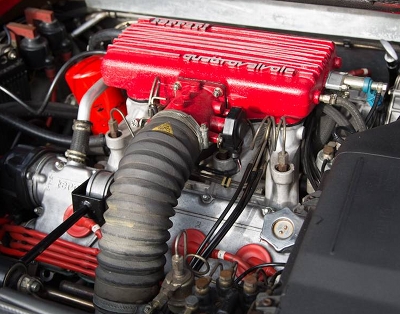 Jetronic fuel injected 4-valve per cylinder 2.9 DOHC V8 that produced 230 horsepower and 188 lb-ft of torque. The 1984 GTS went 0-60 mph in 6.7 seconds. 16-inch wheels were standard on the 1984 GTS. This official Magnum P.I. Ferrari went for the final price $181,500 to its new owner. Part of the reason for this high price was due to it being a genuine Magnum P.I. Ferrari 308 GTS, but the other part is due to the allure of the 308 GTS. It wasn’t too long ago a mint conditioned 1977-1985 308 GTS or GTSi could be had for under $25,000. For years the GTS and GTSi were bargains. Today more pristine examples especially the Quattrovalvole 308s now currently sell in the high 5 figure and low 6 figure price range.

In 1986, Ferrari replaced the 308 GTS with the 328 GTS which was a slightly redesigned version of the 308 with more horsepower and torque. Though the 328 GTS was refreshed to keep the aging 308 GTS body style looking modern. It just didn’t have the fantastic looks of the 308 GTS. Even though Magnum P.I. stuck around in primetime until May 1988, a 328 GTS was never used in the show.

The Magnum P.I. Ferrari 308 GTS back in the 1980s was so popular, a popular scale model kit produced by Revell and scale toy versions were sold in retail stores. The TV show has aged well and still attracts new younger audiences. Today the Ferrari 308 GTS is more popular than ever and will forever be known as Magnum’s Ferrari. There’s no doubt it’s one of the most popular cars to ever grace the small screen, its place in history as a legendary TV car is now permanently secure.