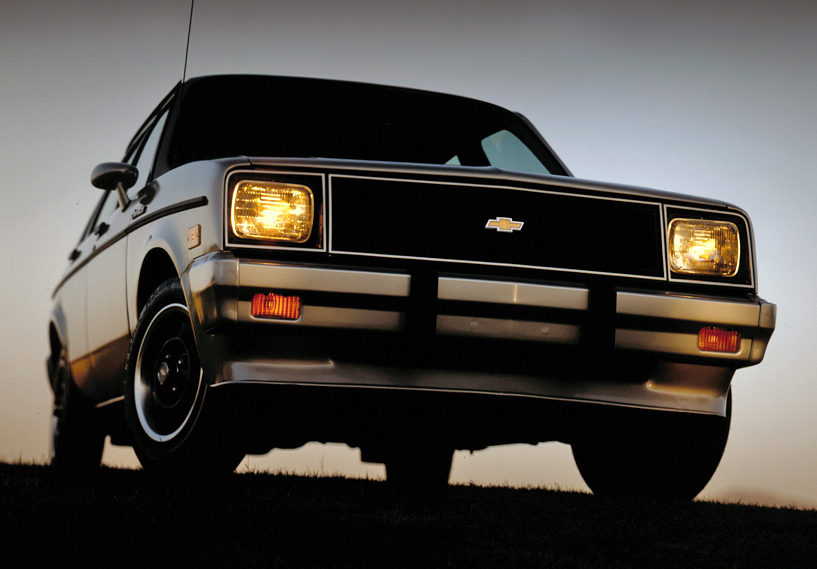 GM had very high expectations for its first U.S. market subcompact car, the Chevrolet Vega which made its debut for the 1971 model year. Initially it seemed to be the perfect car for the times, but it was plagued with many problems. By 1973, GM was struggling to not only fix the Vega’s flaws but also repair its faltering reputation due to the Vega’s problems. GM was also trying to figure out a way to make its fleet of cars more fuel efficient due to the 1973 Oil Embargo which caused skyrocketed gasoline prices. GM saw the answer in its new T-body platform which was a rear-wheel drive subcompact car platform that was first released in Brazil in 1973.

GM quickly went to work on developing a car for the U.S. car market based on it’s new T-body platform which debuted for the 1976 model year. It was called the Chevrolet Chevette which was the same name GM gave the Brazilian T-body car and it was substantially smaller than the Vega. Where Chevrolet had gone to great lengths to give the Vega sporty exterior styling similar to the Chevrolet Camaro, Chevrolet gave the Chevette boxy and uninspiring exterior styling. Its squarish styling may have been boring but it did look modern. For 1976, the Chevette was only available in a 2-door hatchback, then for 1978 Chevrolet added a 4-door hatchback to the lineup. The Chevette did not have any luxury options, it was 100% utilitarian. It did offer some options but compared to other GM cars at the time, the Chevette’s options were kept to a very minimum and were low cost.

The Chevette wasn’t about impressing your family, friends, or neighbors, it was merely a car to get you from point A to point B. It was basic transportation. This was the same purpose and mission as the original VW Beetle, except the Beetle had a stylish looking exterior compared to the plain utilitarian exterior of the Chevette. 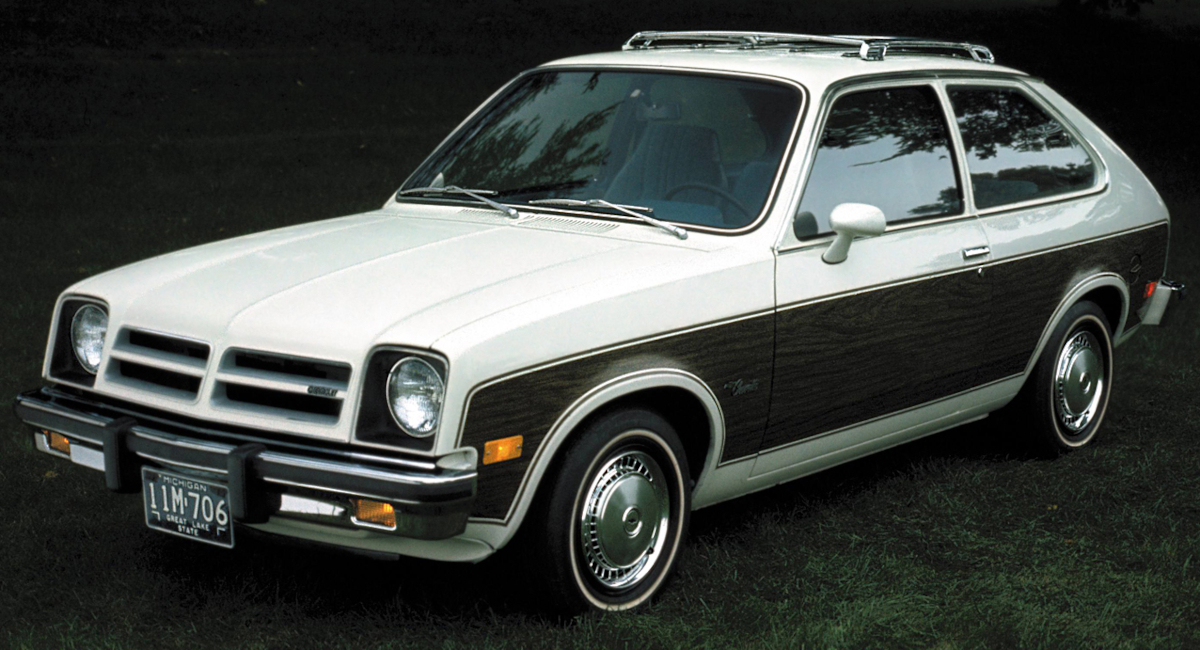 The Chevette was the perfect car for the times. It was reliable, extremely fuel efficient, and it was very inexpensive. Due to skyrocketing gasoline prices and inflation, smaller cars were in big demand during the 1970s decade. The Chevette had fantastic fuel economy, when it was released for the 1976 model year its EPA mileage figures were 28 MPG city and 40 MPG highway. During the Chevette’s production life its 1.4 liter and 1.6 liter 4-cylinder engines were extremely fuel efficient even when equipped with an optional 3-speed automatic transmission. A 4-speed manual transmission was offered as standard and later in the Chevette’s production life a 5-speed manual transmission would be available. Fuel economy would see a nice uptick in the 1980s with the release of an optional 1.8 liter 4-cylinder diesel engine which yielded highway fuel economy as high as 55 MPG. Even by today’s stricter fuel economy standards, this is fantastic fuel efficiency. However the Chevette’s great fuel economy produced very slow acceleration times which was the norm for very fuel efficient cars at the time. The Chevette’s power output ranged from 51 to 74 horsepower depending on model year and engine. 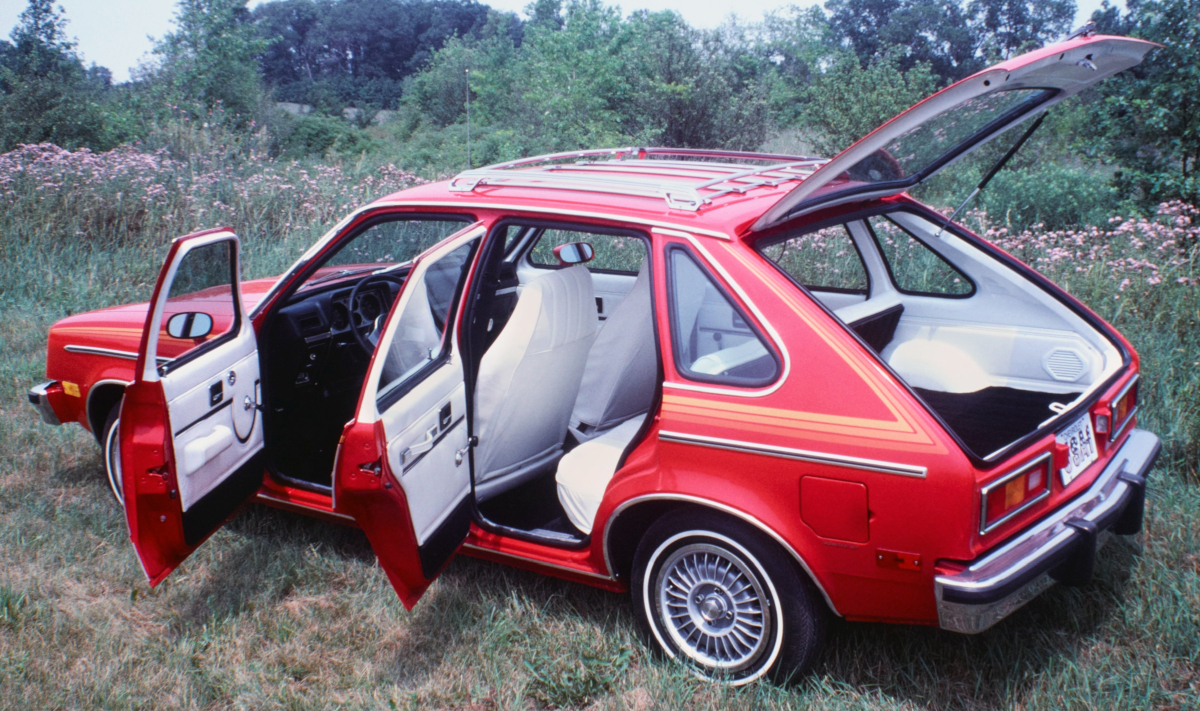 The Chevette during the inflation era of the 1970s, was a great deal. When it debuted the 1976 Chevette Scooter which was the most budget oriented Chevette that year had an extremely low base price of $2,899. And for it’s last model year, 1987, the base price of a 2-door Chevette was only $4,995. The Chevette allowed many who could only afford a used car to be able to afford a new car. It’s reliability and great fuel efficiency kept operating costs to a bare minimum, these were cost savings Chevette owners really appreciated. 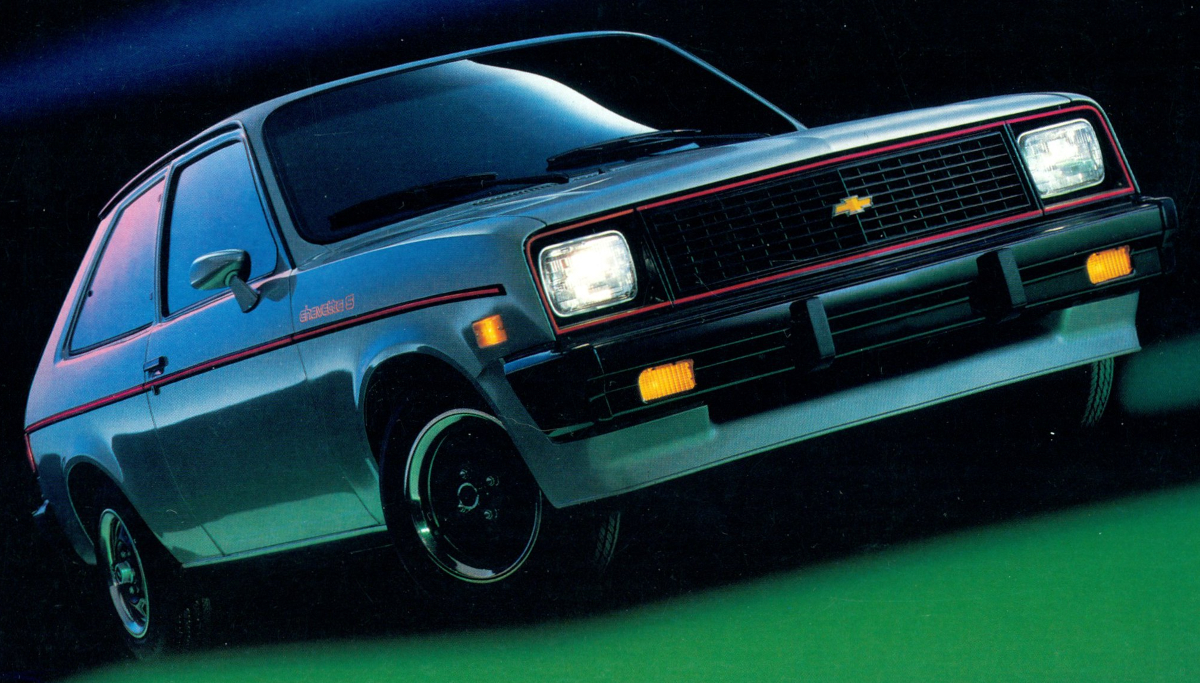 The reason for the Chevette’s great reliability was GM spent Chevette development dollars in the right areas. GM spent money on getting the Chevette’s mechanicals right the first time and making sure the Chevette was built to last. GM didn’t spend unnecessary money on fancy exterior and interior styling. In other words GM spent it’s money on function instead of form. The Chevette’s frame structure was a modern unitized body construction. GM also went with the proven architecture of rear-wheel drive and it used a conventional carburetor on its gasoline powered 4-cylinder engines instead of using a more sophisticated fuel injection system. GM during the Chevette’s long production run only spent money on very minor mechincal updates and slight exterior and interior trim updates. The most noticeable of these were a redesign of the front-end for 1979 and an update of the rear taillights for 1980, both gave the Chevette a more modern look.

The Chevette was a big success for GM in the U.S. market, 2.8 million were produced. It deserved to live on into a second generation. Unfortunately it didn’t fit into GM’s transition plan to a fleet of almost exclusively front-wheel drive cars by the end-of-the 1980s decade. 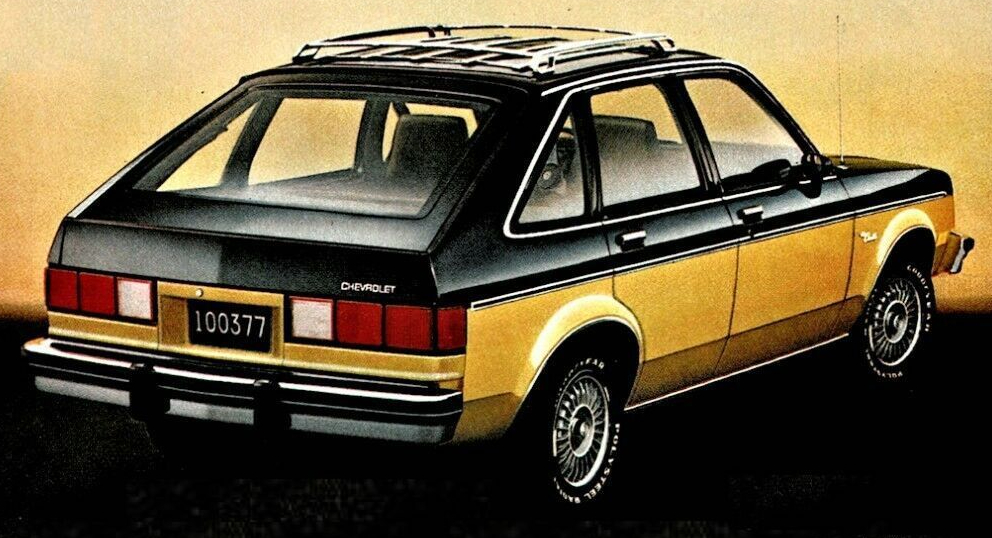 Chevette production permanently ended during the 1987 model year. The Chevette during its production life was considered an outcast in the Chevrolet family especially among Corvette and Camaro owners, it was that boring little car that was reliable and inexpensive transportation. Fortunately today the Chevette is now beginning to get some of the credit it deserves. It’s styling has aged much better than expected with many today have a positive attitude towards this styling. For many of those in the Baby Boomer and Generation X age brackets, the Chevette has become a reminder of fond past memories of America. The Chevette was a winner for GM, Chevrolet, and for all those who purchased one, it was the best small car GM ever produced.