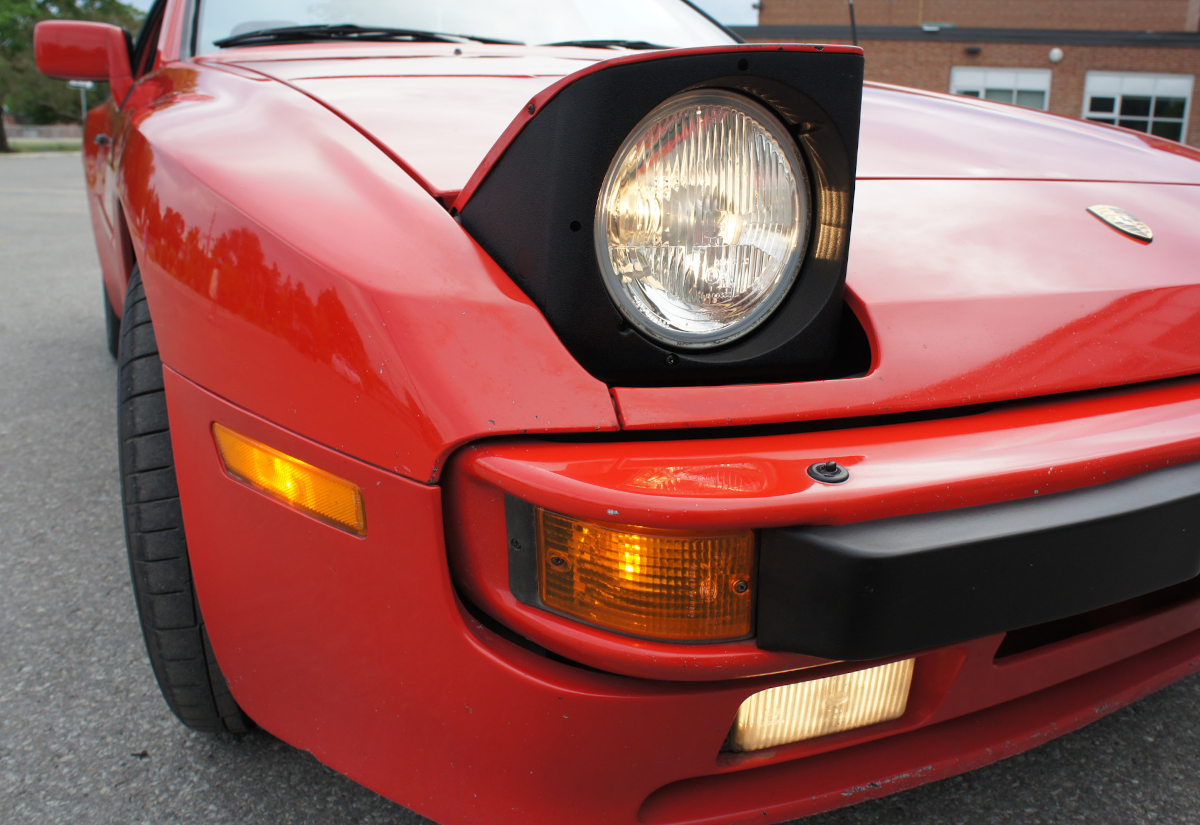 Porsche earned its performance reputation with its 911 model, a car that even today remains a world standard for what a sports car should be. Starting in the 1970s the 911 had become a revered exotic sports car; however its price tag was out of reach for most car buyers. Porsche to its credit anticipated this problem and released the 914 and later the 924 during the 1970s, both of these sports cars marketed to the middle class. Unfortunately both fell short of what was expected of a Porsche sports car but they still had decent sales.

Fortunately Porsche understood this dilemma and decided to offer a true sports car for a reasonable price. Porsche debuted the 944 for the 1982 model year in Europe only. The U.S. version of the 944 would not be released until the 1983 model year. With the 944, Porsche was now competing in the reasonably priced U.S. sports car market that the Japanese imports like the Toyota Supra, Mazda RX7, and Datsun 280ZX had a majority of the market share at the time.

The 944 was essentially a redesigned 924. The 924, which Porsche released in 1976, had an underpowered 2.0 liter Audi-sourced in-line four-cylinder engine. Porsche tried to resolve this problem by offering a turbo option for this engine, but the 924 still fell short. The exterior was a sleek aerodynamic design, but overall the car had budget oriented look especially when equipped with the budget oriented steel wheels. The rear-wheel drive front engine 924 was also a change in direction for Porsche, since the 911 was a rear-wheel drive rear engine configuration. 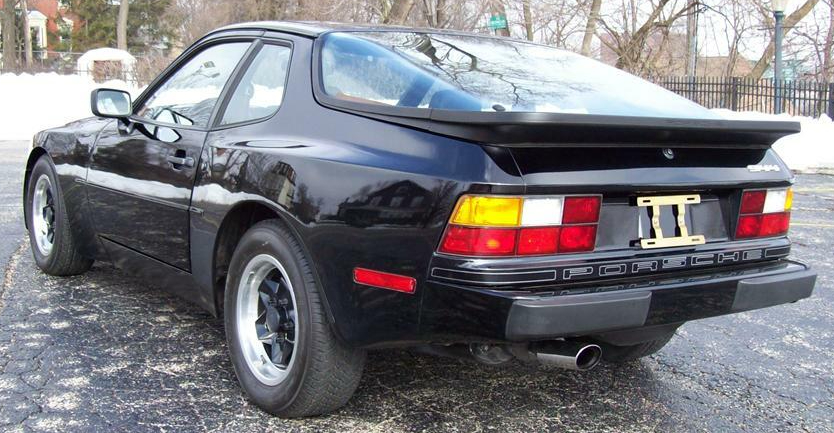 To create the 944, Porsche updated the 924’s overall styling, giving it more muscular quarter panels (using a look similar to the 924 Carrera GTS). The finished product looked great. This change also allowed wider wheels and tires to be used on the 944. The lower front spoiler, which had dual fog lights, was body colored and flowed nicely with the rest of the 944’s body lines. There were attractive black horizontal bumperettes on the front and back of the car (which were not available on the European-spec 944) that gave it a serious look and cosmetically matched the black rear spoiler and the beautiful 15×7-inch black alloy wheels. The pop-up headlights were the same units found on the 924 but looked great with the new exterior styling. The dual side 911 style mirrors were also a very sporty styling cue.

The 944 had a new Porsche designed and built single overhead cam 2.5 liter 4-cylinder engine. The design was taken directly from the Porsche 928’s SOHC V8 (it was exactly one half of this SOHC V8). Back in the day inline 4-cylinder engines tended to be rough operating engines; vibration and noise were the norm. This was one of the issues with the 924’s 2.0 4-cylinder engine. Porsche resolved this issue with the new 2.5 liter by using a sophisticated mechanical 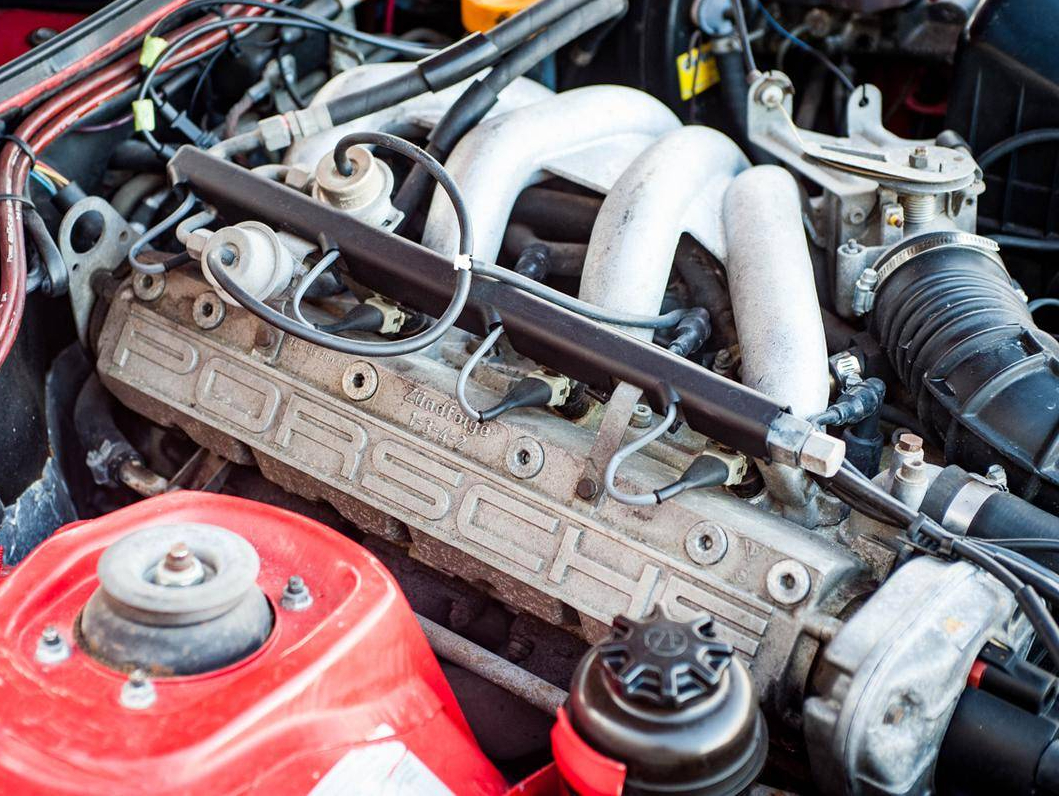 engine balancing system gave the engine very smooth operation. The 2.5 liter engine had a 3.94 in. bore and 3.11 in. stroke, along with a 9.7:1 compression ratio. 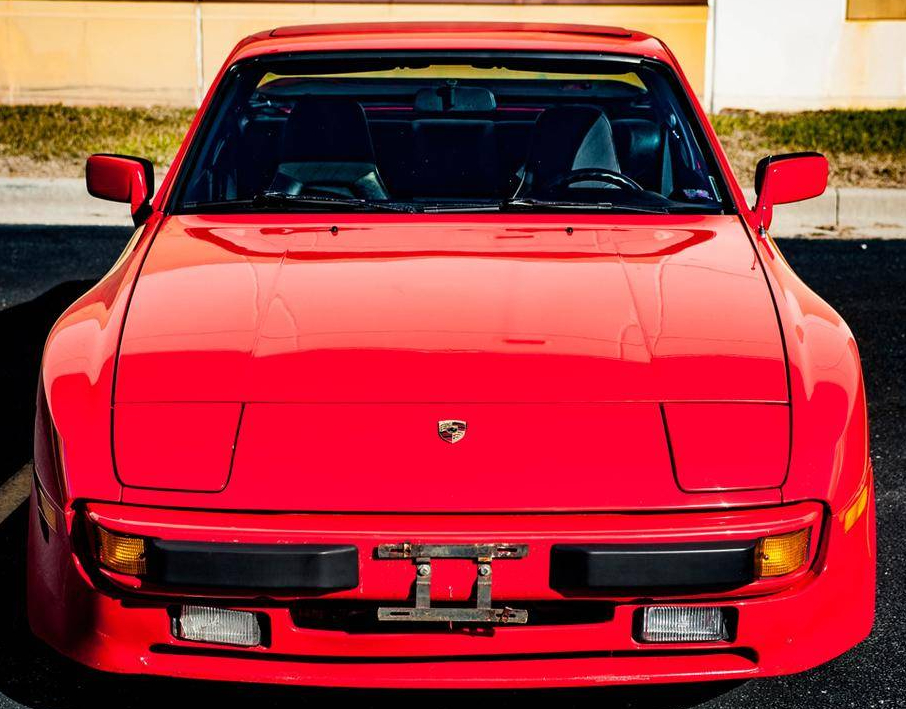 was the LG4 5.0 liter V8 which generated 150 horsepower. Helping the Porsche 2.5 liter 4 make so much horsepower was the innovative Bosch LE Jetronic multiport fuel injection system.

The 2.5 liter’s aluminum engine block and engine cylinder head helped to keep engine weight down. A 1983 Porsche 944 equipped with the standard five-speed manual transmission went 0-60 mph in the high-8 second range and the quarter mile in little over 16 seconds. The top speed of the 944 was just below 140 mph. These performance figures today would be considered slow, but back in 1983 these figures were very impressive. Slightly slower acceleration times and a lower top speed were to be expected with the 944’s optional three-speed automatic transmission. The standard transmission was a 5-speed manual transmission. 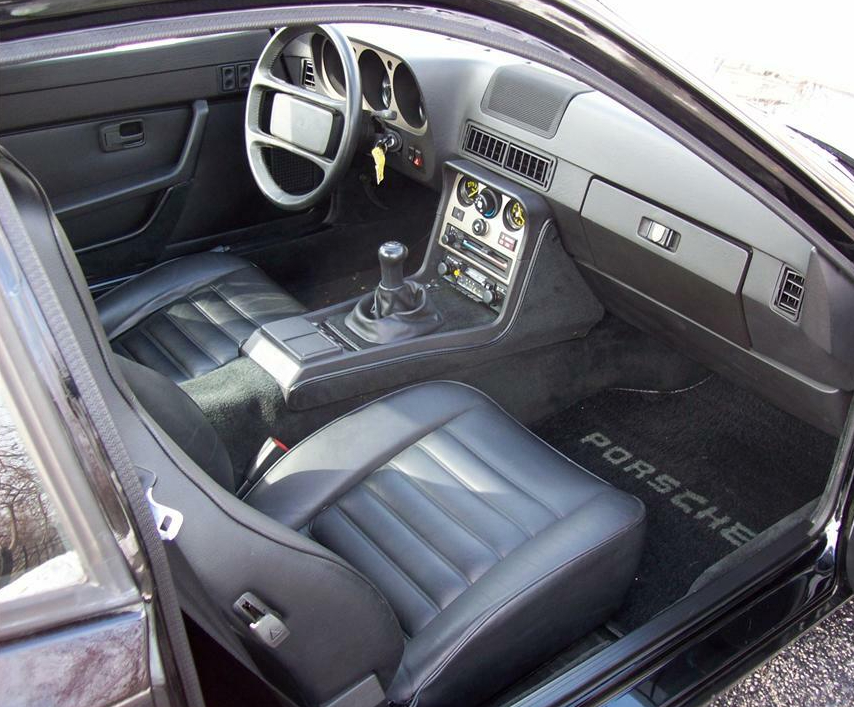 rear weight ratio which helped in the handling department. The 944 had four-wheel vacuum assisted vented disc brakes and a 4-wheel independent suspension. The 944 was available with 15 inch or 16 inch black wheels.

Though the 944 was reasonable priced for a Porsche, the interior when ordered with optional leather seats was as upscale as Porsche’s more expensive 911 and 928 models. The interior was comfortable and the front seats offered good lumbar support. The dash gauges were easy to read and well placed. Just like the 911 and 928, the 944’s rear seating area had limited space but was good enough for use by most passengers for short driving distances.

In the U.S., there was more demand for the 944 than supply during the 1983 model year. The 1983 944’s base price was a very reasonable $18,980, substantially lower than the 1984 Corvette which was released in March of 1983 and had a base price of $21,800. The 1983 944’s base price was only a few thousand dollars higher than the base price of the 1983 Toyota Supra. A 944 turbo model was also available a few years after the 944’s original release. Within a few years the 944’s base price was substantially more than the Corvette’s base price and became too expensive for most car buyers. Unfortunately today the least expensive Porsche sports car is well beyond the reach of most car buyers. This is what made the 1983 Porsche 944 so special, it was a well rounded sports car that had great looks, great handling and braking, and great acceleration – all for a reasonable price.