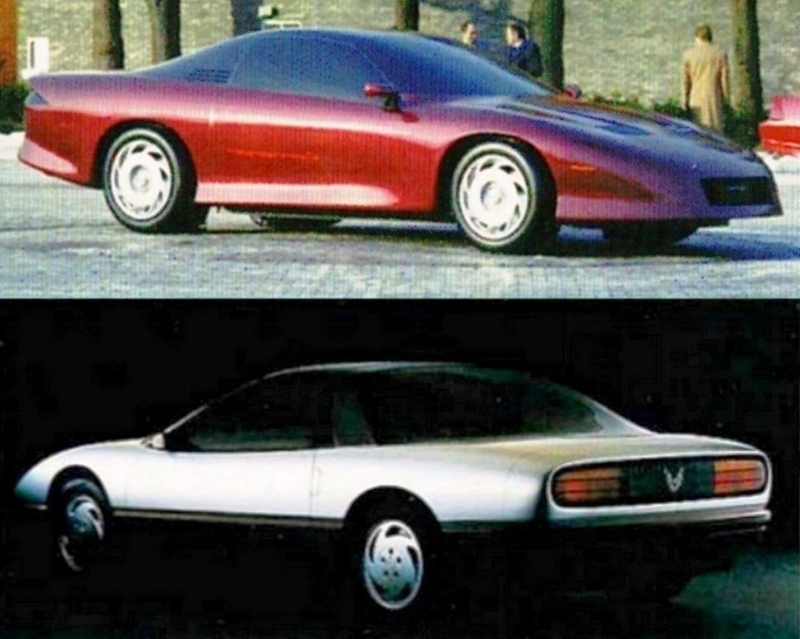 When studying automotive history just like any other type of history, you quickly realize how events could have easily played out in a different way leading to a totally different outcome. For instance, what if Ford never produced the Mustang or Chevrolet never produced the Corvette? Many other performance cars from many other automakers may never have been built. Or on the flip side of the coin imagine if Pontiac had decided to drop its legendary Super Duty 455 cubic-inch V8 into the super light Chevrolet Nova based 1974 Pontiac GTO which was instead equipped with a 200 horsepower Pontiac 350 cubic-inch V8. If Pontiac had done this, the 1974 GTO would today be considered one of the most legendary classic muscle cars instead of the paper tiger it is now know as being.

The GM80 was planned to be one of the most state-of-the-art cars on the road, there would have been no stone unturned when it came to technology by the time it made it into production. It was supposed to be ultra light due to its composite plastic body panels that were bolted to a steel frame structure, a design very similar to the Pontiac Fiero. The advantages of the design were lower tooling costs and how easy it would have been to change the body design by adding new plastic panels to the same steel structure. The design would have been the next evolution of the Fiero’s design structure where the curb weight would be even lower by using a stronger and lighter frame structure with lighter plastic body panels. Structural rigidity was also expected to have been better than most cars on the road at the time. GM was also looking to save weight by using a state-of-the-art DOHC 4-valve per cylinder 2.4 liter 4-cylinder engine and a DOHC 4-valve per cylinder 3.2 V6 engine. The GM80 would have been a front engine configuration. Handling would have also been very good even with the front-wheel drive configuration.

The GM80 test cars had very futuristic sports car type styling which included a wedge front end and a large fastback glass hatch structure in the back. The exception was Oldsmobile’s GM80 version which didn’t have a glass hatch but a more formal roofline. The styling for the GM80 Camaro and Firebird was very close to the styling of the 4th generation rear-wheel drive Camaro and Firebird that arrived for the 1993 model year. The Camaro version of the GM80 looked very similar to the 1993 Camaro. The GM80 Firebird on the other hand had a front end design similar to the Pontiac Fiero, but the mid section and rear of the car looked similar to the 1993 Firebird and Trans Am. 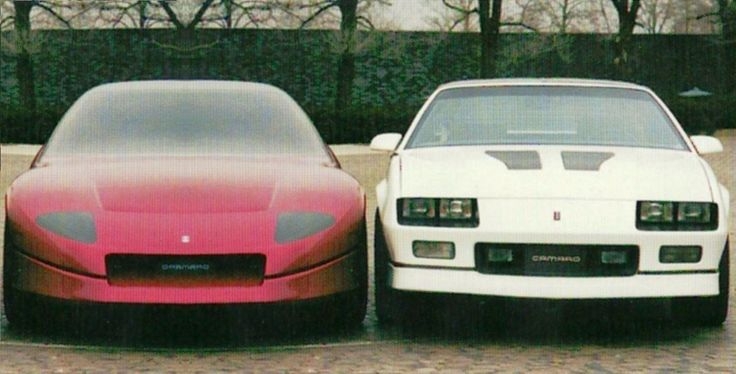 Fortunately, GM had cost overruns with the GM80’s development at a time when money was very tight for GM, so the GM80 project was cancelled in October 1986. It was a surprise to many at the time, since GM had spent a lot of money on the project and even had produced a good number of GM80 test cars which had accumulated many miles on test tracks and public roads. Another factor in the cancellation was that the GM80 test vehicles were heavier than expected and crash test results were below initial expectations. Another interesting twist was after the cancellation of the GM80 project there were rumors that all-wheel drive would have been optional with the GM80. Fortunately the GM80 project was cancelled thereby insuring that the Camaro and Firebird would stay rear-wheel drive. If it had not been cancelled there would have never been the rear-wheel drive 4th generation Camaro and Firebird and more than likely there never would have been a rear-wheel drive 5th generation Camaro or the current rear-wheel drive 6th generation Camaro. As far as the GM80 story is concerned, history definitely took the correct turn, and the best outcome occurred.