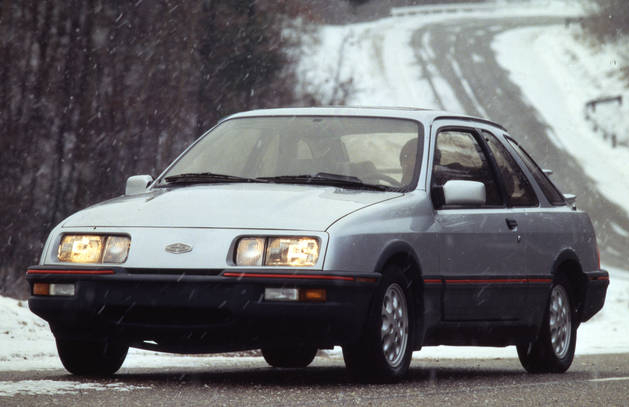 The 1985-1989 Merkur XR4Ti was an anomaly. It was a 2-door sports cars that could fit 4 adults comfortably, had very good trunk space, had very aerodynamic attractive styling, great handling, fast acceleration, an upscale interior, and rear wheel drive. It was a competitor of the 2-door E30 BMW 3-series. The XR4Ti drove and handled like a BMW, it was the type of car that would become extremely popular in the 1990s in U.S. market but in the 1980s the Merkur XR4Ti was a little ahead of its time.

The Merkur XR4Ti was the American version of the European designed and produced Ford Sierra. Bob Lutz who worked for Ford at the time was responsible for bringing the Ford Sierra to America. Ford at the time decided that the Sierra would be the perfect car to add to the new car lineup at its Lincoln-Mercury dealership network. Since the XR4Ti was to compete with BMW 3-series and the other new smaller sporty import luxury cars from Europe, the Lincoln-Mercury dealership network seemed to be the perfect home for it. In order to add a little European mystique and flair to the U.S. market version of the Sierra, it would be sold as a model of a new Mercury sub brand called “Merkur” which was the German name for “Mercury”. Because the Sierra name sounded like the Oldsmobile Cutlass Cierra, Ford changed it to XR4Ti in the U.S. market which was the naming convention of the Sierra’s performance model the XR4i. The XR4i was the Sierra model that the XR4Ti was based on, the letter “T” in the American version’s name stood for “turbo”. Unlike the European Sierra which could be equipped in different trim levels in a 2-door with a rear hatch or 4-door configuration with or without a rear hatch, the Merkur XR4Ti was only available in the sporty 2-door with rear hatch version with upscale trim. The overall look was super sleek and aerodynamic. Unlike the Aerodynamic American performance cars at the time like the Chevrolet Corvette, Pontiac Trans Am, and Chevrolet Camaro Z28 which had wedge style exterior designs, the XR4Ti had a rounded exterior design where the metal body panels had no blunt edges. The styling was at least 10 years ahead of most American cars. This styling included a standard very attractive two wing rear spoiler, standard flush headlights, and standard front driving lights. The two wing rear spoiler was replaced with a smaller more conservative single wing rear spoiler on the 1988-1989 XR4Ti.

The XR4Ti didn’t use any of the Ford Sierra’s engines, it instead used Ford’s high performance turbo 2.3 liter 4-cylinder engine which was also available in other U.S. market Ford and Mercury models at the time, the most famous of which was the 1984-1986 Mustang SVO. In the XR4Ti this engine was rated at 175 horsepower when 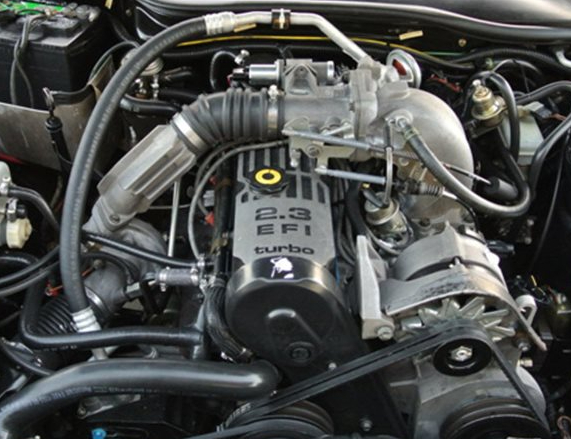 equipped with the standard 5-speed manual transmission and 145 horsepower with the optional 3-speed automatic transmission. Edsel Ford II wanted to make standard on the XR4Ti the Mustang GT’s 5.0 liter H.O. V8 however it was Bob Lutz who insisted on using the turbo 2.3 liter 4-cylinder instead.

Car and Driver magazine in its September 1984 issue test drove a 5-speed manual equipped 1985 XR4Ti and obtained 7.0 seconds in 0-60 mph and 15.5 seconds in the quarter mile. This was lightening fast for 1985 model year performance car offerings. The XR4Ti was faster than its intended competition the 1985 BMW 325e which had a 2.5 liter straight six engine. The 1985 BMW 325e went 9.1 seconds in 0-60 mph and 16.4 seconds in the quarter-mile. Just like its acceleration, the XR4Ti handling manners were top notch for its day. Its suspension was perfectly balanced and it had standard 14-inch alloy wheels with sticky P195-60HR14 Pirelli P6 tires. The net result .80 g’s on the skidpad handling test. These wheels and tires were replaced with 15-inch alloy wheels and P195-60HR15 Pirelli P6 tires for 1987-1989. Braking was good however the XR4Ti had a more traditional front disc and rear drum brake setup, unfortunately a 4-wheel disc brake option was never offered. Another shortfall was the XR4Ti’s turbo 2.3 liter was never available with an intercooler for its turbo like the 1984-1986 Mustang SVO had. The intercooler allowed the 5-speed manual equipped turbo 2.3 liter Mustang SVO to generate 205 horsepower by the 1986 model year which was 30 horsepower more than the 5-speed manual equipped XR4Ti’s turbo 2.3 liter. Never-the-less the XR4Ti which had a base price of $16,503 for the 1985 model year still offered a lot of performance along with European styling and luxury for the money.

The XR4Ti had a lot of standard features and had a very luxurious European style interior. The fit and finish was very good. The dash layout was better than most American cars and could go toe-to-toe with the best from Europe. In other words a BMW, Mercedes, or Saab owner back in the day would have been very happy with the 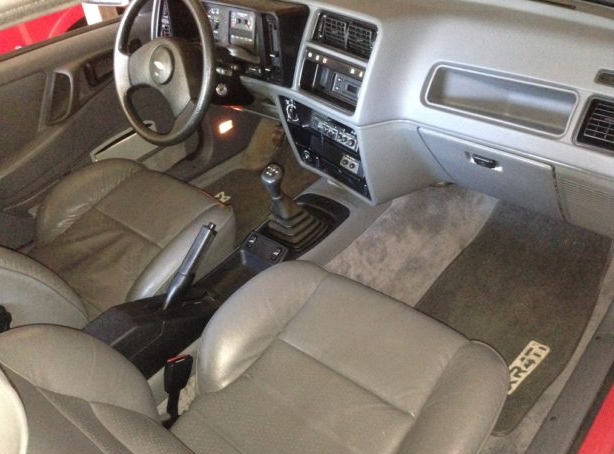 XR4Ti’s interior. Not to mention it had all the optional luxury goodies such as leather seats, a power sunroof, and many other options that buyers of upscale European luxury cars wanted. Even the standard cloth seats were high quality. The XR4Ti also fit four adults very comfortably and had plenty of cargo and luggage space.

For the 1988 model year Ford added its European built 4-door Scorpio to the Merkur lineup. Both would wear Merkur badges in the U.S. market for 1988 and 1989 but Ford would drop the marketing of the Merkur name for 1988 and 1989 but it continued to sell both the XR4Ti and Scorpio through its Lincoln-Mercury dealership network until both were cancelled in the U.S. market at the end of the 1989 model year. Unfortunately as great as the XR4Ti was, its sales were lower than Ford’s expectations, only 42,464 units were sold over its five model year run.

The main cause was in the mid-1980s gas prices took a massive tumble and American performance car buyers preferred fuel gulping V8 engines. Ford had expected gasoline prices to continue to rise during the 1980s which would have caused buyers to prefer more fuel efficient lower-displacement performance engines. When this didn’t happen Ford was forced to cancel its Turbo 2.3 liter powered Mustang SVO which had 4-wheel disc brakes and a better tuned suspension than its V8 equipped Mustang GT. An attractively European styled, rear wheel drive performance luxury car with a turbo 4-cylinder engine like the Merkur XR4Ti would be a successful car model in the U.S. market today. Ironically had Edsel Ford II won the battle with Bob Lutz, making the Mustang’s 5.0 liter H.O. V8 the XR4Ti’s standard engine, the XR4Ti may still be around today in Ford’s new car lineup. That engine saved the Mustang GT a popular Ford performance car model which still survives today. Never-the-less the XR4Ti was a one of kind performance car that deserved a much better fate than the one it was handed.

Written contents in this article – © 2019 Pete Dunton – All Rights Reserved