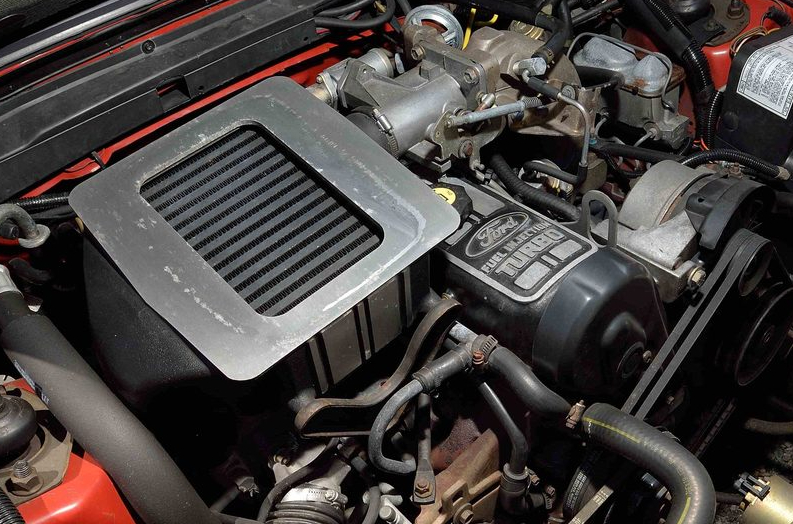 Ever since Ford debuted the Model T over a century ago, the Ford automotive brand has been one of America’s favorites. Ford’s innovative car designs, options, and features have sold many cars over the years. Also helping sales where the many great engines that have powered Ford’s many different vehicles for more than a century. Though Ford has produced many great engines over the years, here are the 5 most significant which the biggest impact.

When Ford first offered its Flathead V8 for the 1932 model year, it would forever change the automobile industry. The Ford Flathead V8 wasn’t the first V8 found in an American car but it was the first mass produced reliable and inexpensive V8. It was a game changer, other V8’s offered during its era were generally reserved for luxury and upscale cars. Ford’s Flathead V8 option was so cheap, the average American could easily afford to buy a V8 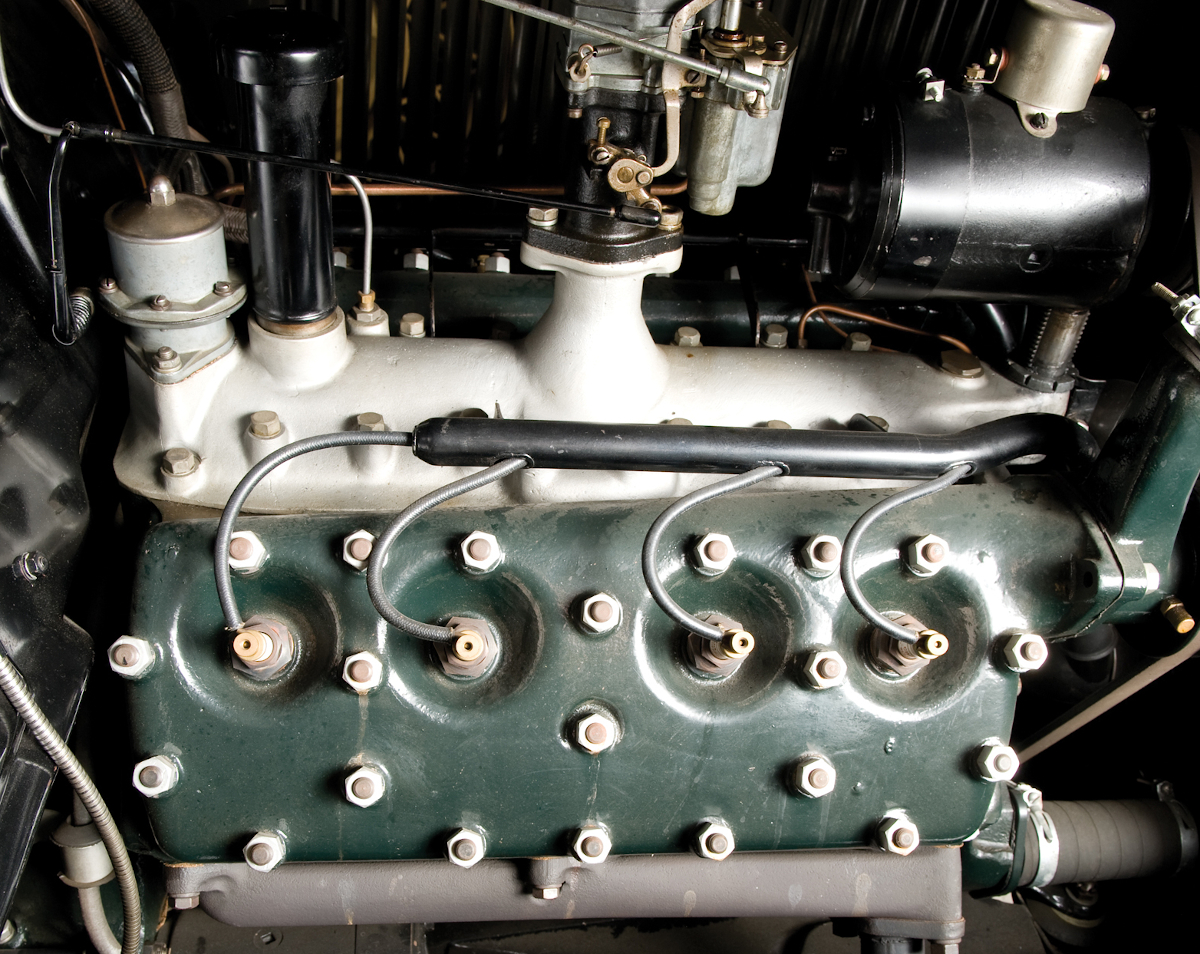 powered Ford. It would take Chevrolet and other budget oriented automobile brands two decades after the Ford Flathead V8’s induction before they offered reasonably priced V8 powered cars to compete with Ford.

Even today when engine displacement size is shrinking, there’s still a fair number of new cars, trucks, and SUVs equipped with V8 engines. The very good power output, great sounding exhaust note, smooth operation, and reliability of the Flathead V8 made Ford America’s most popular car brand. The Flathead V8 was also available in Ford trucks and some Mercury and Lincoln cars. It was available during it’s 22 model years of production in many different displacement sizes ranging from 136 cubic-inches (2.2 liters) to 337 cubic-inches (5.5 liters).

When Ford debuted its first big block V8 for the 1958 model year, it was the first big block V8 from Ford’s FE big block V8 architecture. For the middle of the 1963 model year Ford released the 427 cubic-inch version of the FE big block V8 in a few of its full-size Ford and Mercury cars. Ford had an ulterior motive, it wanted to use the 427 V8 on the NASCAR racing circuit which required certain number of Ford’s production cars to be equipped with 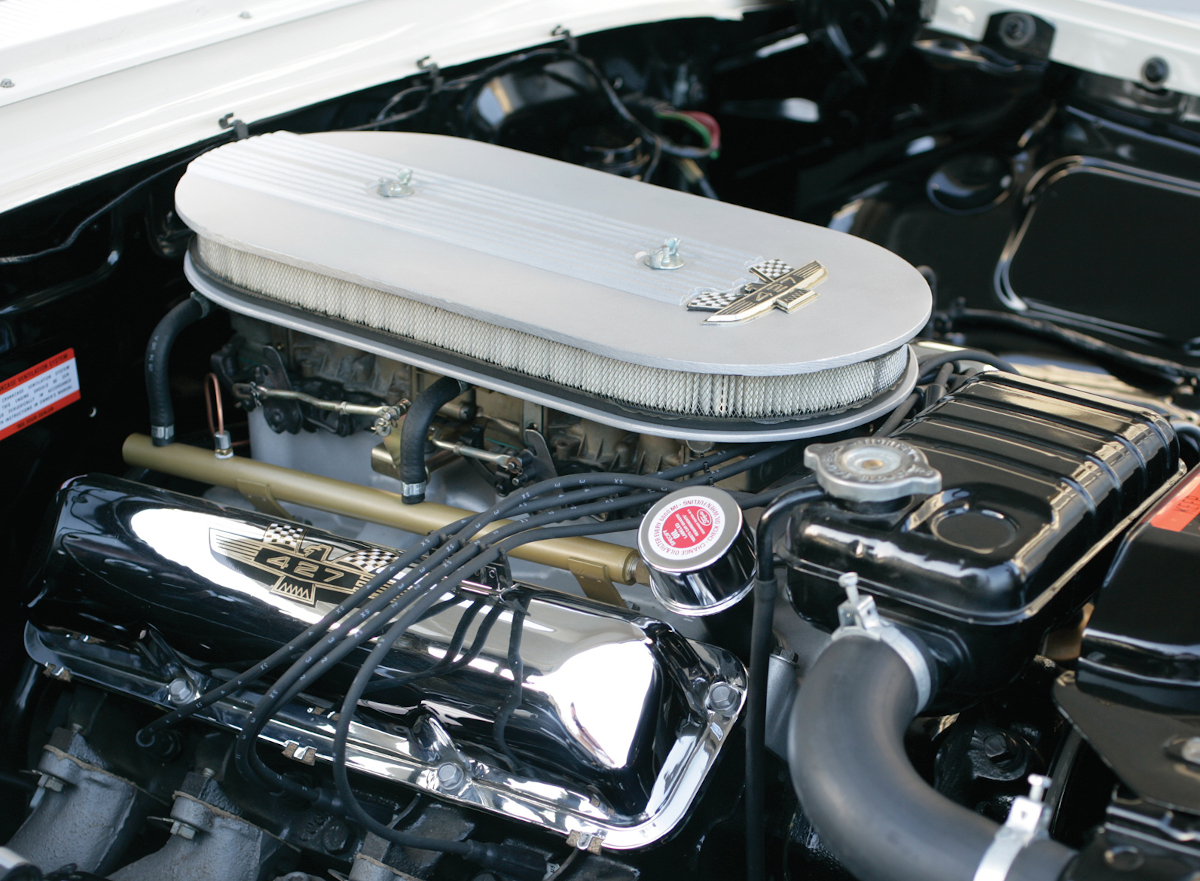 the 427 V8. The 427 V8 did become available in more Ford and Mercury cars during its short production run. For 1968, its last model year, the 427 was only available in the Mercury Cougar.

The 427 when compared to Ford’s other V8s had low production numbers, but the performance credentials it earned helped solidify Ford’s reputation as an automaker who produced genuine performance cars. Ford 427 powered race cars won many key races in different racing circuits. Ford’s 427 V8 even powered the fastest production performance car of the 1960s, the 1965-1967 Shelby Cobra 427 which had a top speed of 164 mph and ran the quarter mile in 12.7 seconds at 112.7 mph. Additionally the Shelby Cobra 427 went 0-100-0 mph in just 15.6 seconds. Today, even more than 50 years later these performance figures are still very impressive.

The 5.0 liter (302 cubic-inch) V8 was a member of Ford’s Windsor small-blockV8 family. It wasn’t the first Windsor V8 but it was by far the most popular. Ford introduced the 5.0 liter (302 cubic inch) V8 during the 1968 model year. What Ford didn’t realize at the time was that a little more than a decade later it would be the lone V8 powering a good number of Ford, Mercury, and Lincoln’s rear wheel drive cars available to the buying public at that time. It would also become during the 1980s in High Output or H.O. form Ford’s premier 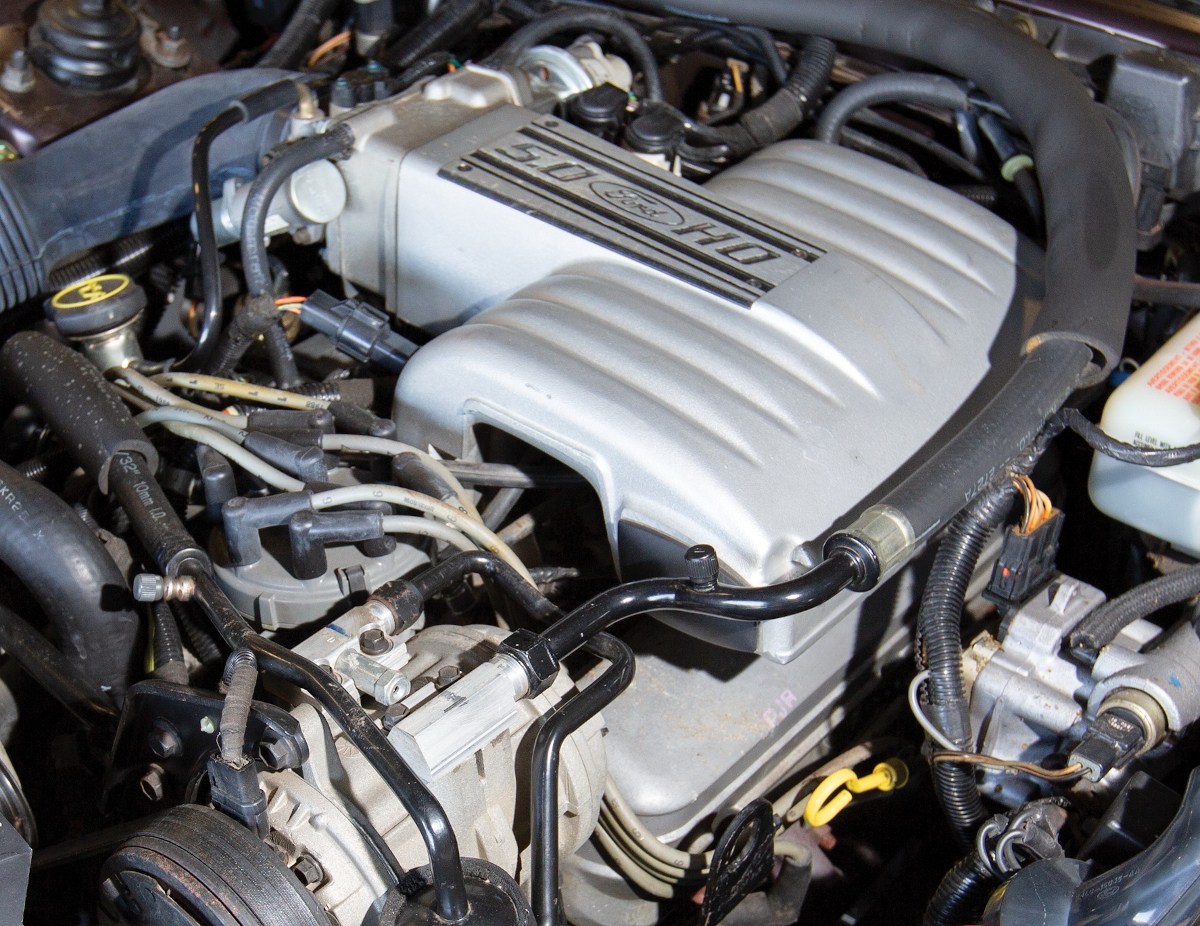 performance engine powering the Mustang GT along with other Ford, Mercury, and Lincoln performance oriented cars. It would also become a popular engine in some of Ford’s SUV, van, and pickup truck models during the 1980s and 1990s.

During the lean times of the 1970s it powered a lot of Ford’s cars and during the good times of the 1980s, it powered Ford Motor Company’s most expensive and profitable cars. Ironically the 302 V8 actually only had 4.9 liters of engine displacement. For marketing reasons Ford rounded it up to 5.0 liters. The Windsor 5.0 liter would make its final appearance in the 2001 Ford Explorer. The Windsor 5.0 liter proved to be very reliable and cost effective engine that powered millions of Ford’s cars, trucks, and SUVs.

When fuel efficiency sudden became a big selling point with American cars starting in the 1970s, Ford’s European division derived OHC 4-cylinder engine came to the rescue. This engine had many different displacement sizes ranging from 1.3 to 2.5 liters of displacement and powered not only Ford’s European vehicles but many of Ford’s worldwide vehicles. However it was the 2.3 liter version of Ford Europe’s overhead cam 4-cylinder that would 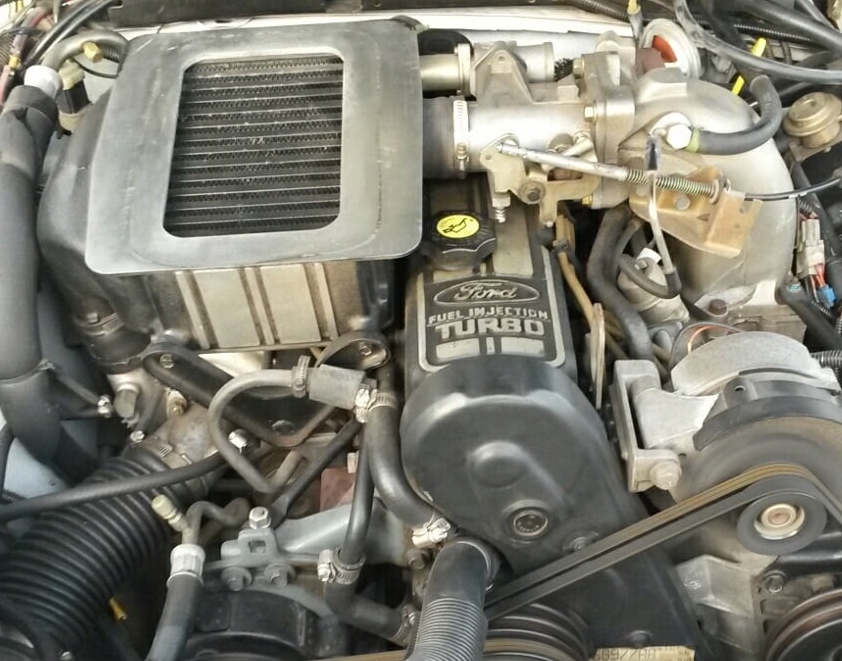 The 2.3 liter 4-cylinder was not only fuel efficient but it also proved to be very reliable. It also played the role of a performance engine with the release of the turbo version in 1979 in the Ford Mustang and Mercury Capri. Several serious Ford performance cars were sold in the American market during the 1980s decade powered by different versions of the turbo OHC 2.3 liter 4-cylinder. The most famous of these were the 1985-1989 Merkur XR4Ti and 1984-1986 Ford Mustang SVO. The 2.3 liter began its production life producing 82-88 horsepower in 1974. It reached its peak horsepower output in the middle of the 1985 model year when its output with a turbo and intercooler reached 205 horsepower and 248 lb-ft of torque in the Mustang SVO.

In the last decade Ford has released a whole lineup of V6, 4-cylinder, and 3-cylinder DOHC turbo engines with the Ecoboost name. The Ecoboost 3.5 liter V6 is Ford’s flagship Ecoboost engine, it’s an engine that provides an amazing amount of horsepower and torque accompanied by very good fuel efficiency for its class. When Ford released the Ecoboost 3.5 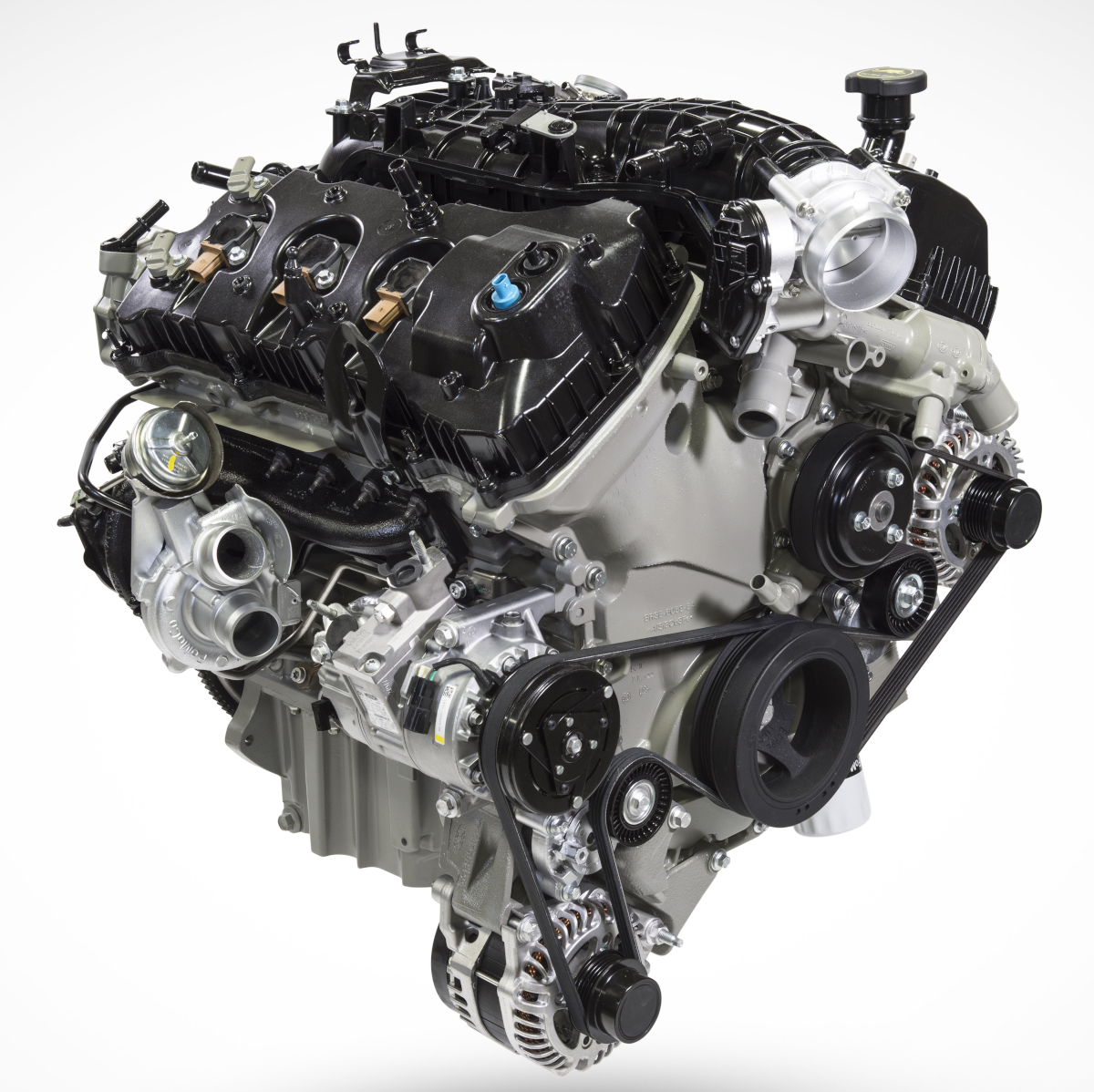 For the 2010 model year this engine was available in some Ford and Lincoln car and SUV models. For 2010 it produced 355-365 horsepower and 350 lb-ft of torque which at the time was almost unheard of for a V6 engine that had only 3.5 liters of displacement. The most impressive feature of this engine was it had virtually no turbo lag, just like a V8 it had plenty of low-end torque and was very responsive in all driving conditions. So it was no surprise when Ford made this engine available in its 2011 F-150 pickup truck and has since then become a very popular F-150 engine option. The Ecoboost 3.5 liter V6 has received some updates since its introduction and has produced anywhere from 310 to 660 horsepower and 350 to 550 lb-ft of torque. For 2020 the 660 horsepower version of the Ecoboost powers Ford’s top performance car the 2020 Ford GT which goes from 0-60 mph in 3.0 seconds and the quarter mile in 10.8 seconds. Fortunately the Ecoboost 3.5 will be around for many more production years with more improvements expected.