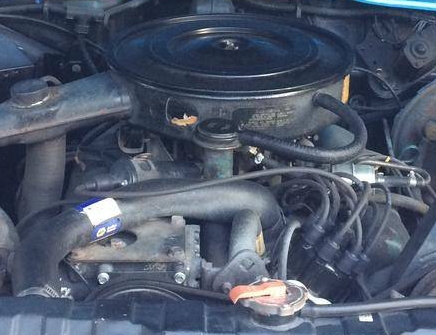 AMC didn’t get serious about competing in the muscle car segment until the late-1960s. By then it offered the AMX, Javelin, and the SC/Rambler – all were formidable muscle cars. However none of this would have mattered if it had not been for the availability of AMC’s second generation V8 family under the hood of these cars. It was the 290, 343, and 390 cubic-inch V8s that gave these cars serious power to compete with the muscle car offerings from the big three U.S. automakers – GM, Ford, and Chrysler. If anyone thought performance was a joke at AMC in the early to mid-1960s, these AMC V8s changed those opinions real quick. The 290, 343, and 390 were members of AMC’s second generation V8 family. All three had the same external dimensions but different engine internals. The main differences between these three were bore and stroke sizes. Many OEM and aftermarket engine parts were interchangeable between these V8s.

For the 1970 model year, AMC updated its second generation V8 by increasing engine block deck height thereby creating its third generation V8. For 1970 the third generation V8 was available in 304, 360, and 390 cubic-inch configurations. The 304 and especially the 360 would have production longevity. The 390 on the other hand would be retired at the end of the 1970 model year. It was replaced by the AMC 401 which used AMC’s third generation V8 architecture. The 401 had the same external dimensions as the 304, 360, and 1970 390. The 390 had a 4.165 inch bore and a 3.574 inch stroke. In order to create the 401, AMC increased the 390’s stroke to 3.68 inches and kept the 390’s bore size. For 1971 the 401 was equipped with a 4-barrel carburetor and produced 330 gross horsepower and 430 lb-ft of gross torque. These figures are rather impressive considering the 1971 401 had a 9.5:1 compression ratio which is low by original muscle car era standards where most performance engines had compression ratios that were 10.0 or higher. To obtain an understanding of how potent the 401 was, consider that Pontiac’s top performance V8 for 1971, the low compression 455 cubic-inch H.O. V8 was rated by Pontiac at 335 gross horsepower. In other words on paper the Pontiac engine had 54 cubic-inches more of displacement and only 5 more horsepower. HiPerformance Cars magazine back in the day obtained a quarter mile time of 14.8 seconds at 94 mph with a 401 and 4-speed equipped 1971 AMC Javelin AMX. 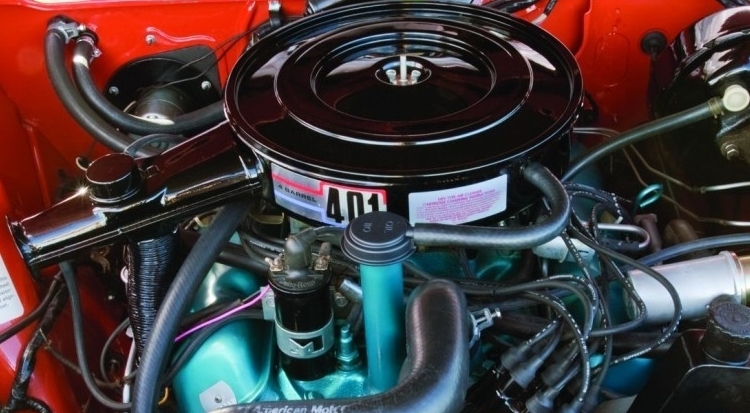 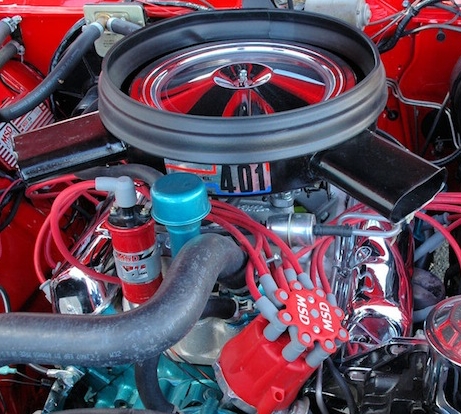 was one of the fastest and best handling 4-door police cars in its day. Some of these Matadors saw duty long into the 1980s due to their reliability and the refusal of many police departments to replace these good handling and fast accelerating Matadors in their fleets with newer less performance oriented police cars.

From 1971-1974 the 401 was available in the AMC Ambassador, Matador, and Javelin. Starting in 1972, the 401 was rated in the more stringent “net” horsepower ratings versus the previous “gross” ratings and it received a compression ratio drop in order to run on 87 octane unleaded fuel. From 1972-1974 in AMC car applications, the 401 produced 235 net horsepower with single exhaust and 255 net horsepower with dual exhaust both engines had 345 lb-ft of net torque. For 1975-1976, the only AMC car available with the 401 was the Matador Police car, for this application the 401’s power output was downgraded to 215 net horsepower due to the addition of new pollution control devices starting in 1975. Even with the power downgrade the 1975-1976 Matador Police car was one of the fastest and best handling police cars available during this time period. As a side note, the following 1974-1978 Jeep models could be ordered with the 401: the Cherokee, Wagoneer, J10, and J-series pickup. Also the 401 was available in the 1973-1974 International Harvester Travelall and Light Line pickup truck. 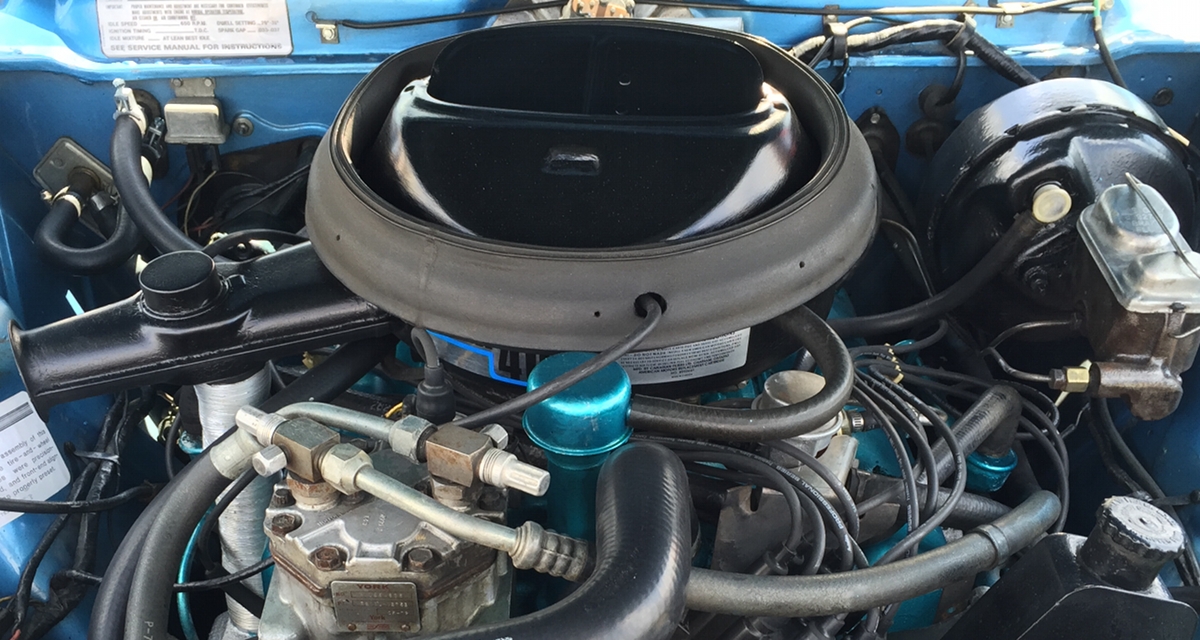 The AMC 401 proved to be a powerhouse motor for the 1970s, where AMC went wrong was it should have released the 401 much sooner, such as during the mid-1960s where it could have powered AMCs performance cars and its family oriented cars. The 401 would have put AMC on a level playing field with the powerful around 400 cubic-inch V8 powered performance cars and large cars that the different GM divisions offered during the mid-to-late 1960s. The 401 arrived too late to make a big difference for AMC sales. The 401 arrived when performance car sales had just begun a massive sales spiral and right before the massive engine displacement downsizing that occurred in the mid-to-late 1970s. The 401 may have had a short production life but it was a mighty V8 that today deserves credit for its role in providing some serious power under the hood of AMC’s cars back in the day when compared to the competition.