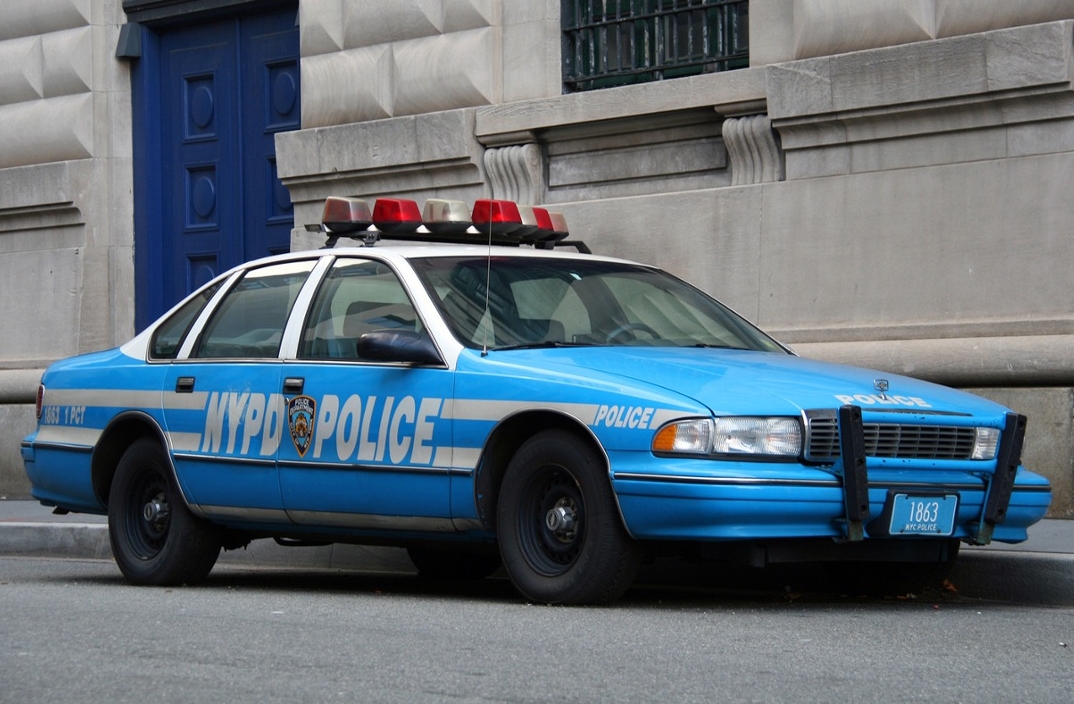 In recent years many American police police departments have transitioned to front-wheel drive cars, all-wheel drive cars, and SUVs. These newer police cars do have their advantages but also some disadvantages. Some of these newer Police vehicles don’t have the character and the appeal of many older police cars. This has many police lamenting on the golden days of yesteryear of the police cars that are long gone. Here’s a list of discontinued American police cars, that most police today wish they still drove.

When GM downsized its full-size B-body platform for the 1977 model year, the new boxy Chevrolet Impala and Caprice were born, both were sizable smaller than the previous Caprice and Impala. The 1977-1985 Impala was very popular among many different police departments. When the Impala was cancelled at the end of the 1985 model year Chevrolet moved its police package to the Caprice. The Caprice was rear-wheel drive, had a large interior cabin, a big trunk, and large chrome bumpers which were ideal for police work where contact with other vehicles was commonplace. Its boxy roofline, large doors, tall roof, and 116-inch wheelbase meant easy access into the front and back seats.

The 1986-1990 Caprice police car which was called the 9C1 package, had something that the civilian Caprice at the time didn’t have, a 5.7 liter (350 cubic-inch) V8 which made the Caprice one of the fastest police cars of this era. For 1986, it generated 155 horsepower, for 1987 and 1988 horsepower increased to 180, and for 1989 and 1990 horsepower increased to 190. Chevrolet also offered the 4.3 liter V6 which was mostly used in urban law enforcement environments, it generated 140 horsepower. For 1989 and 1990 a 170 horsepower 5.0 liter (305 cubic-inch) V8 was also available. Surprisingly the Caprice police car handled very well for a large car due to its good handling suspension.

The Caprice was comfortable, reliable, and it was the perfect utilitarian police cruiser. It is sorely missed by many police departments especially in today’s environment of smaller police cars with cramped interior cabins being the norm.

For two decades the Ford Crown Victoria was the number one choice for many police departments which is the longest reign of any police car. It’s exterior and interior dimensions were similar to the popular 1986-1990 Caprice yet it offered superior aerodynamics and it was equipped with a more power and efficient V8 – Ford’s SOHC 4.6 liter V8. This second generation Crown Victoria police interceptor during its earlier years generated 210 horsepower, by its later years its 4.6 liter V8 generated as high as 250 horsepower. The 1992-2011 Crown Victoria was popular with police departments for the same reasons the 1986-1990 Caprice was, it had a spacious interior, a large trunk, great head room, and a 114.4 or 114.7-inch wheelbase. The 1992-2011 Ford Crown Victoria was built on Ford’s Panther platform which dated back to the 1979 model year.

The Crown Victoria may have been very aerodynamic with curved body panels and plastic bumpers but was a solid body-on-frame construction and had a sturdy rear-wheel drive drivetrain both of which were a perfect fit for police duty. If Ford hadn’t cancelled the Crown Victoria, it would still be the number one choice of police departments and taxi cab companies. Many police departments still have Crown Victorias in service, even eight years after the last one rolled off the assembly line.

The Chrysler Corporation offered many powerful big-block 440 cubic-inch V8 powered police cars in the 1960s and 1970s however the most famous of these was the 375 gross-horsepower 440 V8 powered 1969 Dodge Polara. The Polara was a large car that had a length of 220 inches, width of 79.3 inches, and a wheelbase of 122 inches. It was rear-wheel drive and with its spacious interior, massive trunk, upgraded brakes and suspension it was the most performance oriented 4-door sedan during its era. This was bad news for speeders and the criminal element because the 1969 Polara usually couldn’t be outrun. It had a top speed of 147 mph making it the fastest police car available during this era. Some police reported obtaining top speeds slightly in excess of 150 mph. To fully understand how impressive this was, the Polara had a curb weight of 4,180 lbs, a 3-speed automatic transmission with no overdrive gear, and had the aerodynamics of a brick. As a comparison, today with 50 years of automotive innovation Dodge’s all-wheel drive 2019 Charger Police interceptor equipped with the 360 horsepower 5.7 liter Hemi has a top speed of around 150 mph which is no different than its 1969 Polara.

The 1969 Dodge Polara proved to be a performance pinnacle for police cars. By the early 1970s horsepower began to drop and by the late-1970s and early-1980s horsepower under the hood of police cars was at all-time lows. It was during these times many police wished the 440 V8 powered 1969 Polara had never left service.

When Chevrolet replaced the boxy Caprice for the 1991 model year with a the super aerodynamic and wild looking Caprice which had similar exterior and interior dimensions to the boxy Caprice, it surprised many car buyers. Since it had a sturdy body-on-frame platform that dated back to the 1977 model year, was rear-wheel drive, and had a V8 under the hood, it was a popular choice among those who wanted a traditional large American car. This new Caprice didn’t become a favorite with police until the 1994 model year when it received a slightly detuned version of the Corvette’s 5.7 liter (350 cubic-inch) LT1 V8. The LT1 which was rated at 260 horsepower transformed the Caprice police car from mild to wild. It was more powerful and faster than all the other 4-door police cars of this time period. It was the first time since the 1970s that a 4-door cop car had a genuine performance engine under the hood. The LT1 powered Caprice cop car had a top speed of 141 mph. Worth noting Chevrolet also offered the 1A2 package which was the police version of the Caprice station wagon.

For urban police departments or police departments that needed a more fuel efficient police car, Chevrolet did offer a 200 horsepower 4.3 liter (265 cubic-inch) V8 powered Caprice. It was a responsive engine, but paled in comparison to the LT1. The 1994-1996 Caprice police car was so popular, that many police departments kept them in service a lot longer than other police cars from this time period.

One of the quickest accelerating performance cars of the 1980s was the 1987 Buick Grand National (Buick GN for short). It was built on Buick’s rear-wheel drive Regal platform which dated back to the late-1970s. The 1987 Grand National with its intercooled SFI 3.8 liter Turbo V6 generated 245 horsepower and 345 lb-ft of torque according to Buick, real horsepower was somewhere close to 300. On a good day it could easy obtain high-13 seconds in the 1/4 mile which was much faster than the Chevrolet Corvette at the time. This didn’t go unnoticed by the FBI who had a use for a fast rear-wheel drive car in its fleet. So it purchased from Buick a sizable amount of 1987 Buick Gran Nationals for day-to-day FBI duty. Buick supposedly removed the Grand National’s computer controlled 124 mph speed limitation giving the FBI an extra advantage. Just like the Ford Mustang and Chevrolet Camaro police cars of this era, the Grand National was only available in a 2-door configuration which meant it was limited to use as mostly a high speed pursuit vehicle.

Having a fleet of Grand Nationals wasn’t enough, the FBI added to its fleet the 1987 Buick GNX which was a souped version of the Grand National. It’s not known how many of the 547 GNXs produced the FBI purchased. The GNX’s output was rated at 276 horsepower which was laughable, it’s true output was over 300 horsepower. The GNX ran the quarter mile in the mid-13 second range. There were many unhappy FBI agents when the FBI retired the Grand National and GNX during the 1990s, the lucky ones were those who bought these on the secondary market especially considering 1987 Grand National and 1987 GNX prices have been skyrocketing in the last decade.