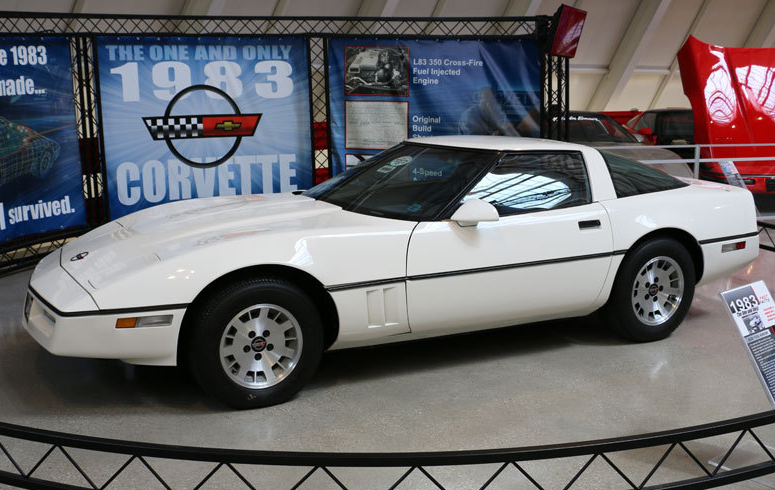 The Chevrolet Corvette has been around since it’s original introduction for the 1953 model year, though many Corvettes have come and gone the Corvette has remained since it’s introduction America’s favorite 2-seat sports car. There have been so many memorable Corvettes over the years, some of these have even reached legendary status. Additionally there were also Corvettes that were unknown to the general public. Here’s the list of the 5 production Corvettes you didn’t know existed.

1963 was the first model year of the Corvette’s second generation. At the time of its release the 1963 Corvette was the most futuristic looking production car on the road. With its hidden pop-up headlights and sleek body styling derived from Chevrolet’s 1959 Stringray racer concept car, it was the 2-seat sports car every enthusiast wanted to own back in 1963. So it was no surprise Chevrolet would try to cater to the racing community by offering the Z06 “Special Equipment Package” on the Corvette for 1963. The Z06 package gave a buyer everything needed from the factory to prep the 1963 Corvette for race car duty. Very few mods were needed to a convert a factory Corvette Z06 into a bona fide track driven race car.

The Z06 package had standard the Corvette’s best performance engine for 1963, the 360 gross horsepower L84 fuel-injected 327 cubic inch small-block V8 and a 4-speed manual transmission, a posi-traction rear axle, and other extras. The Z06 also had better handling and braking than any other 1963 Corvette. Chevrolet originally made the big 36.5 gallon gas tank mandatory for the Z06 but later on during the production year made it optional to lower the price of the Z06 package. Only 199 Z06 equipped Corvettes were produced for 1963. All of these were hardtop coupes. The Z06 package would not return for the 1964 model year, however it would return as a Corvette performance model starting with the 2001 model year.

The vast majority believe the extremely limited production L88 big-block 427 V8 powered 1967-1969 Corvette was the ultimate high-performance Corvette during the golden era. However they would be wrong it was the extremely rare and unknown by many ZL1 427 big-block V8 powered Corvette that gets this honor. The ZL1 427 was an extremely powerful lightweight racing motor which Chevrolet intended primarily to be sold over the counter to racers for track use. It had a compression ratio of 12.5:1, a racing spec camshaft, an aluminum intake manifold, open chamber heads, and a double-pumper 850 cfm Holley 4-barrel carburetor. It was Chevrolet’s only production big-block V8 to have an aluminum engine block and aluminum heads which substantially decreased overall engine weight. 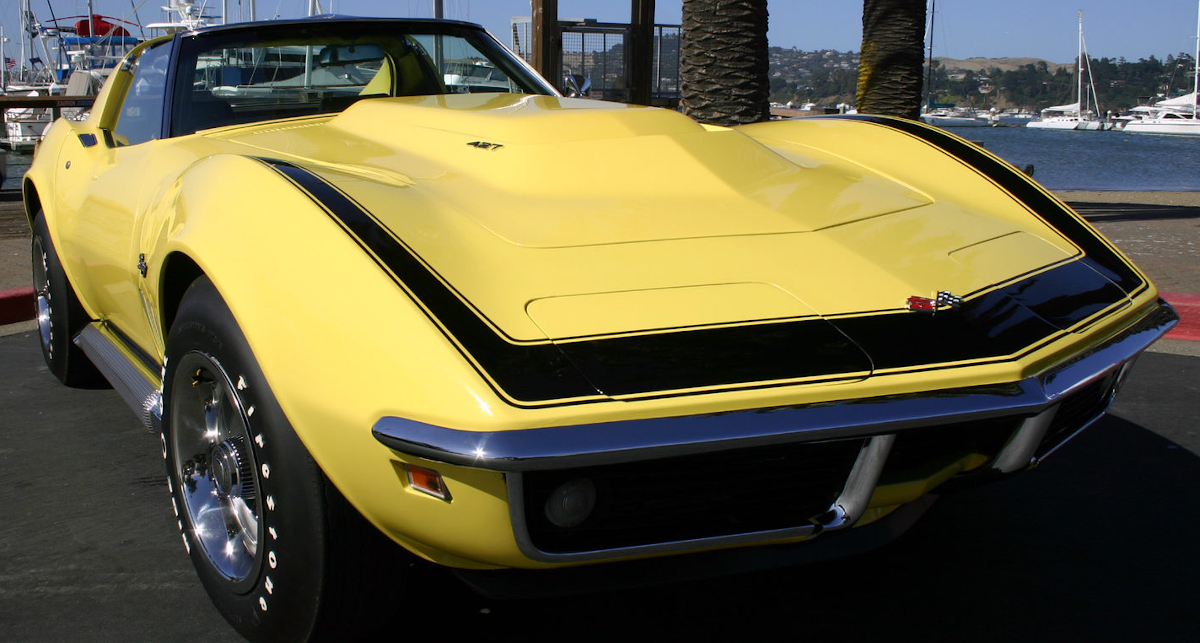 The ZL1 427 was rated by Chevrolet at a ridiculously low 430 gross horsepower. However the true horsepower output was well over 500 gross horsepower with some Corvette experts claiming the figure to be as high as 585 gross horsepower. The ZL1 427 only was available for the 1969 model year but it was it was not advertised as a Corvette option which is why it’s so unknown. The ZL1 option cost $4,718.35 which elevated the cost of the Corvette ZL1 to over $9,000 which was double the price of a base 1969 Corvette. Though Chevrolet did produce a total of 69 production ZL1 427 equipped 1969 Camaros, it only produced just two or three (depending on the source) 1969 Corvettes with the ZL1 427 option.

Chevrolet’s 350 cubic-inch (5.7 liter) small-block V8 first appeared in the Corvette for the 1969 model year. It seemed to be the perfect displacement size for the Corvette since it provided plenty of horsepower and good low-end torque and it weighed a lot less than the more powerful Corvette big-block V8 engines which due to their heavy weight hampered Corvette handling. By the 1975 model year the larger displacement Chevrolet big-block V8 was no longer a Corvette option and the 5.7 liter V8 which came in different power outputs was now the only available Corvette engine. Even when the traditional 5.7 liter V8 was replaced with an all new LS small-block V8 for the 1997 model year, this new LS1 V8 also had a displacement of 5.7 liters. The 5.7 liter V8 would continue to be the only engine available in the Corvette until the 2005 model year when the LS2 6.0 liter V8 replaced it.

Everyone knows that Chevrolet never offered for sale to the general public, a 1983 Corvette. The Corvette beginging with its first model year had been available for every model year for the last seven decades except for the 1983 model year. The 1983 Corvette which would have been the first of the fourth generation Corvettes or C4 for short was delayed due to tooling and pre-production issues at the Bowling Green Kentucky plant where Corvettes were produced at the time. Chevrolet delayed production by 6 months and the first batch of C4 Corvettes arrived at Chevrolet dealerships in March 1983 as 1984 model year Corvettes. 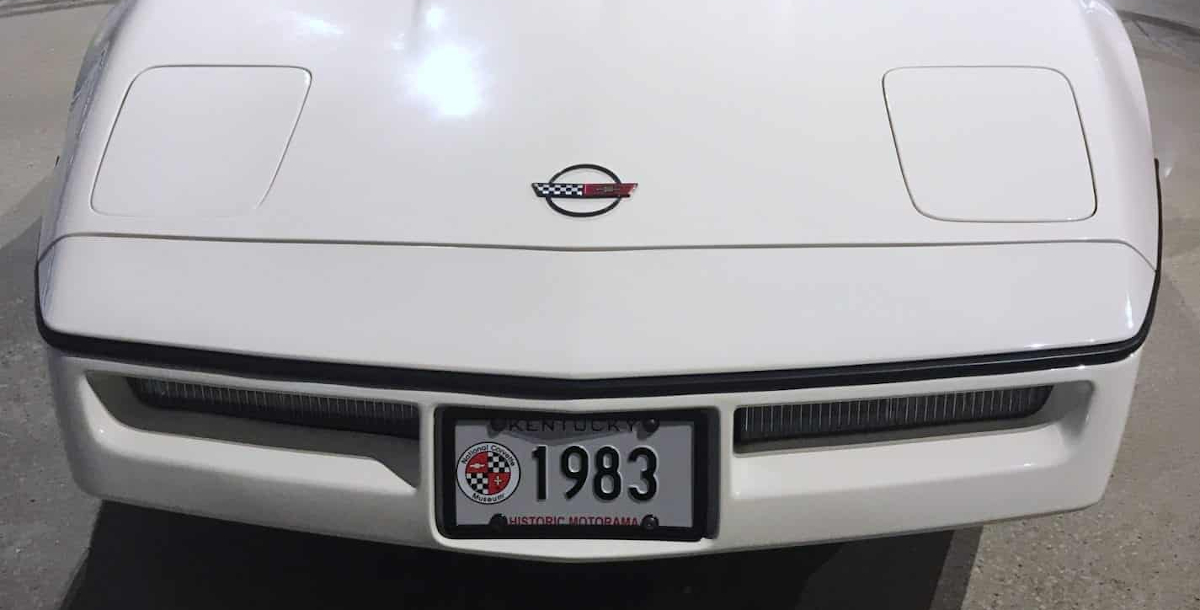 Many have heard the story of The Hertz Corporation during multiple years in the 1960s providing customers with Shelby GT350 Mustang rental cars. These former Hertz rental cars have become prized collectables in the last two decades. Though Hertz has offered customers different unique performance car rentals over the years, the 2008-2009 Corvette ZHZ is one of the most unknown and unique. The ZHZ was a special edition Corvette that was not available for purchase by the general public. Chevrolet made the ZHZ only for Hertz. Only after a Corvette ZHZ had reached the end of its rental life would Hertz offer it for sale to the general public as a used car. All Corvette ZHZs were equipped with the Corvette’s 2LT equipment package and were loaded with options.

Chevrolet produced only 500 2008 Corvette ZHZs, all of these were coupes and 375 2009 Corvette ZHZs, all of these were convertibles. Both the 2008 and 2009 had a Velocity Yellow exterior paint scheme with a large black stripe, unique chrome wheels, a black leather interior, and a few other extras. Powering the 2008-2009 ZHZ was GM’s 436 horsepower 6.2 liter LS3 V8 which was 6 horsepower more than the LS3 V8 with the standard exhaust system. The horsepower difference was due to the ZHZ having the Corvette’s optional dual-mode exhaust system which not only gave the ZHZ more power but a deeper and louder exhaust tone. All ZHZs were mandatory with a 6-speed automatic transmission with steering wheel paddle shifters.