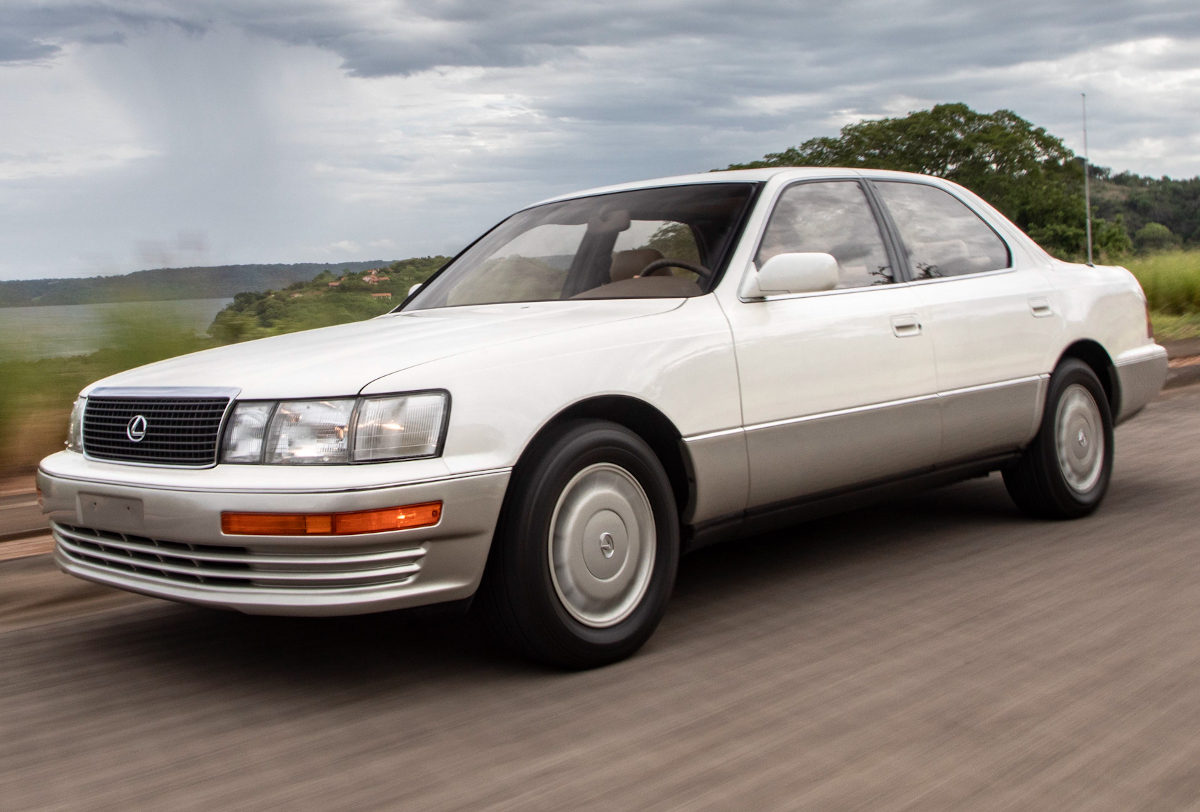 Toyota first built its stellar reputation producing reliable small fuel efficient cars. In the U.S. during the 1970s and 1980s Toyota’s sales skyrocketed in the 1970s and 1980s. During this era its Corolla and Camry models were winning the hearts and loyalty of many American car buyers. A loyalty that still lives on today. Even with this success Toyota couldn’t break into the American luxury car market. The Cressida was Toyota’s defacto luxury car but it couldn’t win over the American luxury car buyer. Though it was rear-wheel drive and offered an array of luxury car options, the Cressida was too small in size and its straight 6-cylinder engine was a little underpowered to compete in the high-end luxury car market. 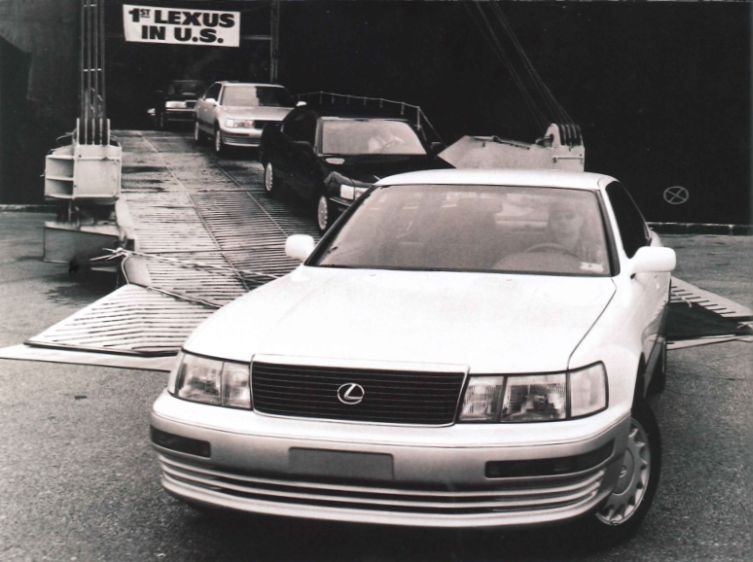 the Camry platform while the LS 400 was a full-size rear-wheel drive high-end luxury car. It was a car that Toyota’s new Lexus division marketed as a Mercedes-Benz S-class competitor.

The LS 400 was substantially smaller than America’s full-size rear-wheel drive luxury cars, the 1990 Lincoln Town Car and 1990 Cadillac Brougham. However it was the same size as the standard wheelbase version of the full-size 4-door Mercedes-Benz S-class which in European spec had a length of 197.6 inches which was very similar to the LS 400’s 196.7 inch length. The main difference was the S-Class had a standard wheelbase of 115 inches while the LS 400 had a slightly shorter 110.8 inch wheelbase. 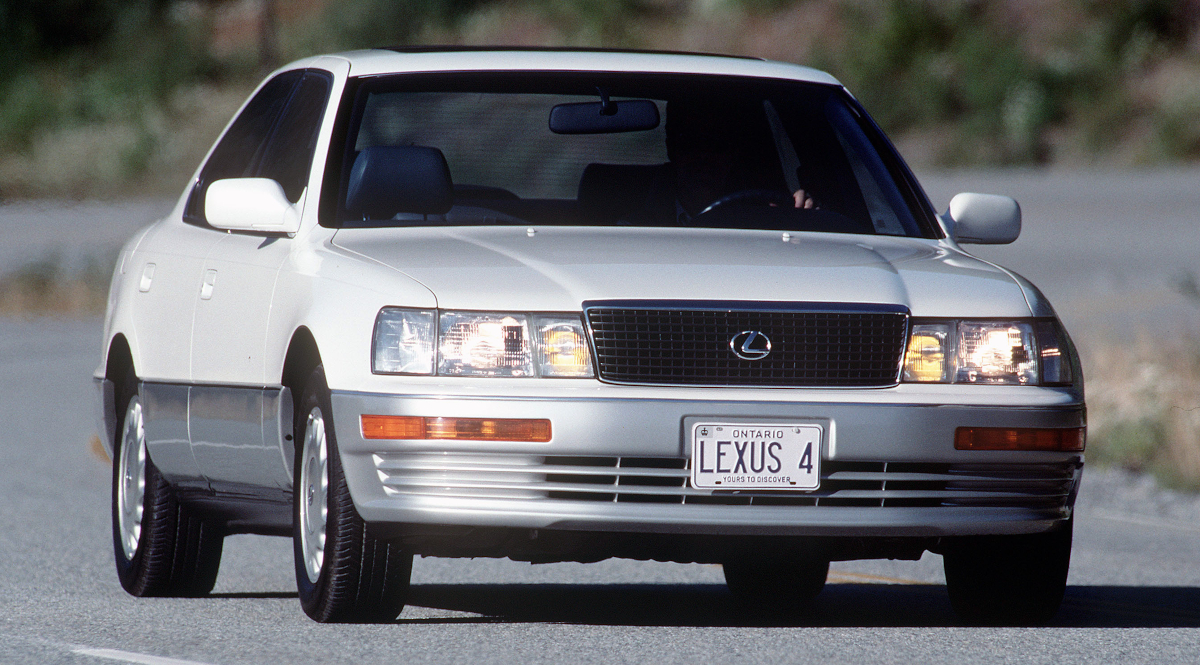 Toyota spent 5 years and the hefty sum of 1 billion dollars developing the LS 400. Toyota also refused to cut corners, and went to the other extreme by over engineered the LS 400. The LS 400 had rear-wheel drive, a state of the art 4.0 liter 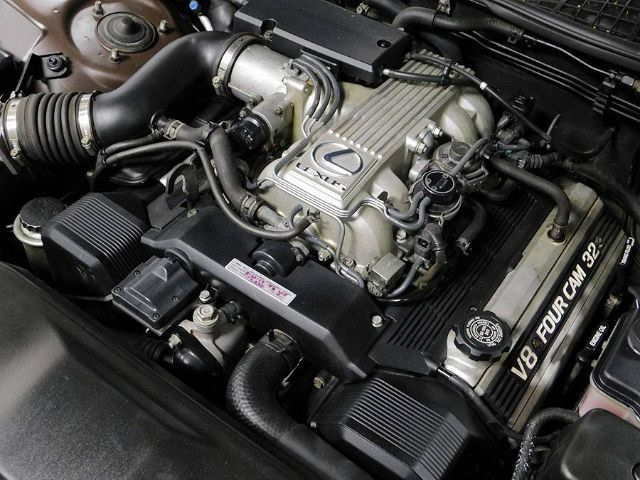 DOHC V8 that produced 250 horsepower and 260 lb-ft of torque, a 4-speed automatic transmission, a long list of standard features, and a lot of optional luxury and convenience options. The LS 400 had a quiet and smooth luxury car ride yet it had good steering feel and handled well for a big luxury car. The LS 400 had a top speed of 160 mph due to its powerful V8 engine and super impressive .29 drag coefficient which was more aerodynamic than the sleek 1990 Chevrolet Corvette. However the real selling point was the LS 400’s conservative but very modern exterior styling. The LS 400 copied the overall shape of the Mercedes S-class’s exterior styling but Toyota perfected it by making the LS 400’s exterior styling smoother and more attractive.

The LS 400 had great build quality and excellent fit and finish which one would expect from the most expensive 4-door luxury sedans during this era. Not to 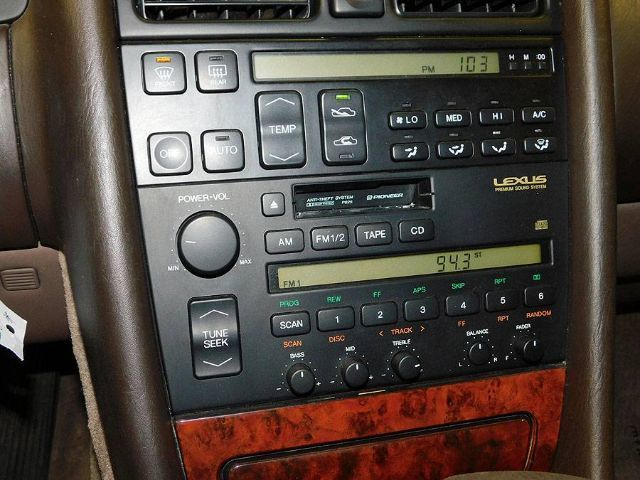 Nissan with it’s Infiniti division released at the same time as the LS 400 the Q45 which had a length and wheelbase a few inches longer than the LS 400. The Q45 was a formidable opponent with its more powerful 4.5 liter DOHC V8 which produced 278 horsepower and 292 lb-ft of torque. Overall the Q45 didn’t have the class or good looks of the LS 400. The Q45’s sales were weaker than expected whereas sales of the LS 400 exceeded expectations, propelling the LS 400 to easy surpass the sales numbers of each of its European competitors.

Helping the LS 400 to be a big success was its $35,000 base price in the U.S. which was substantially lower than its European competition. As a comparison to get a Mercedes S-class with a V8 powerful enough to compete with LS 400’s V8 required 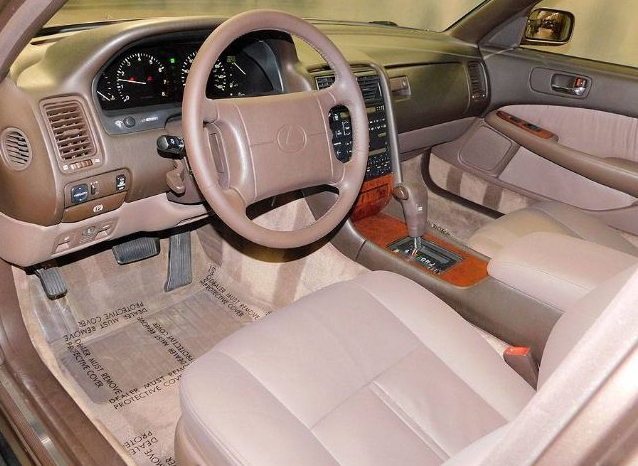 There’s no question why the LS 400 was such a big hit since it provided buyers an overall luxury package that was just as good if not better than the 1990 Mercedes-Benz 560SEL which was double its price. The LS 400 wasn’t just a less expensive carbon copy of the Mercedes-Benz S-class, it was a true trendsetter that lives on today in the form of the 2021 Lexus LS 500 which still offers more luxury for the money than many of its European competitors.