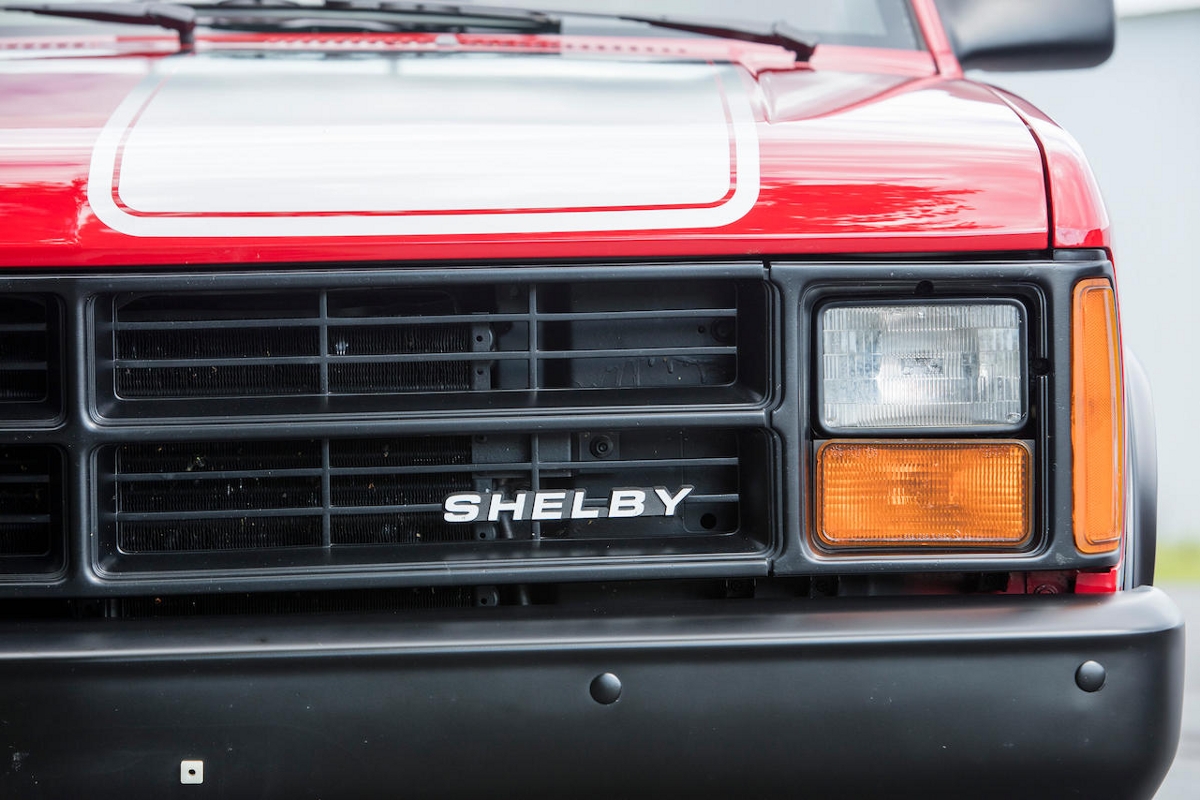 The Chrysler Corporation during most of the 1980s ignored the Dodge truck lineup which was based on a truck platform and a general exterior design that dated back to the early-1970s. In order to stay alive from its 1980 financial crises, Chrysler had to use most of its capital on its front-wheel drive cars which meant the Dodge truck lineup was left alone to languish. The exception was the release of the 1987 Dodge Dakota which was a mid-size pickup truck. It offered a smaller and more efficient pickup truck package compared to the average full-size pickup at the time. The Dakota was available with a 6 1/2 foot or 8 foot pickup bed. With an 8 foot bed it could carry flat multiple 4×8 foot pieces of plywood. In other words the Dakota was more useful than a compact pickup and more efficient than a full-size pickup. The Dakota created the all-new mid-size truck segment, and was a sales success. 104,865 were sold that first year making the Dakota the best selling Dodge pickup at that time.

This was the start of a 25 model year successful run for the Dakota. Though the Dakota had an attractive boxy shape, a stylish pickup truck interior, good fuel efficiency, and good cargo capacity by 1989 it was apparent it was missing one very important thing – a powerful engine. For 1989, the Dakota received a new 99 horsepower 2.5 liter 4-cylinder as its base engine. Optional was a 125 horsepower 3.9 liter V6. Both engines were reliable but they had lackluster acceleration. However the 3.9 liter V6 did have very good torque with 195 lb-ft at a very low 2,000 rpm. For the Dakota 1989 will best remembered for the model year of the introduction of the Dakota convertible, which was the first production pickup with a retractable convertible top. 2-wheel-drive was standard on the Dakota, 4-wheel-drive was optional only with the V6 powered Dakota. Rear anti-lock brakes were standard for 1989. Now imagine a 1989 Dakota with 4-wheel-drive and an 8-foot bed loaded with cargo – the 125 horsepower V6 was as over taxed as a 100 year-old man walking up a tall flight of steps.

Now this is where the legendary Carroll Shelby enters into the picture. Lee Iacocca had brought him into the picture in the early-1980s to add his performance touch to different front-wheel drive Dodge cars. By the mid-1980s the fruits of Shelby’s efforts yielded great results and fanfare with these Shelby front-wheel drive high-performance 4-cylinder cars obtaining true performance car status. But he ended up making more of a lasting impression with the 1989 Shelby Dakota he created. The concept was simple, one that Shelby made famous back in the 1960s, drop a performance oriented V8 under the hood, add wild graphics, and then add other performance tweaks. Shelby used the 2-wheel-drive 1989 Dakota Sport model with the 6 1/2 foot bed as the basic platform for his Dakota. He replaced the 3.7 liter V6 with the full-size 1989 Dodge Ram’s throttle-body fuel injected 5.2 liter V8. The change bumped up the horsepower to 175 horsepower from the 170 horsepower the 5.2 liter V8 produced in the Ram. Unfortunately a manual transmission wasn’t available but a quick-shifting 4-speed automatic transmission with a steering column gear changer was mandatory. A performance oriented 3.90:1 limited slip rear axle was standard. 0-60 mph arrived in 8.5 seconds and the quarter mile in 16.5 seconds which was very impressive for a car back then, but for a 3,600 lb boxy pickup truck like the Dakota back in 1989, this performance was astounding. 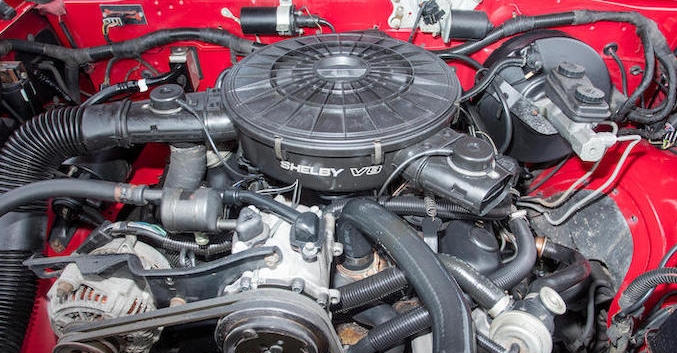 But the V8 added more to the Shelby package than fast acceleration, the 270 lb-ft of torque gave the Shelby Dakota great pulling power and the capability to easily haul around loads of cargo in the bed. When it came to handling, there was a front anti-sway bar and gas pressure shocks along with a set of unique 15-inch Shelby Fiberide composite wheels and performance oriented P225-70R15 Goodyear Eagle GT+4 tires. The Shelby Dakota handled like a sports car with impressive steering feel and very good braking from the large front disc and rear drum brakes.

With all this great stuff Shelby could have stopped there but he didn’t. He added a great looking unique exterior paint and wild decal scheme with plenty of stripes and Shelby 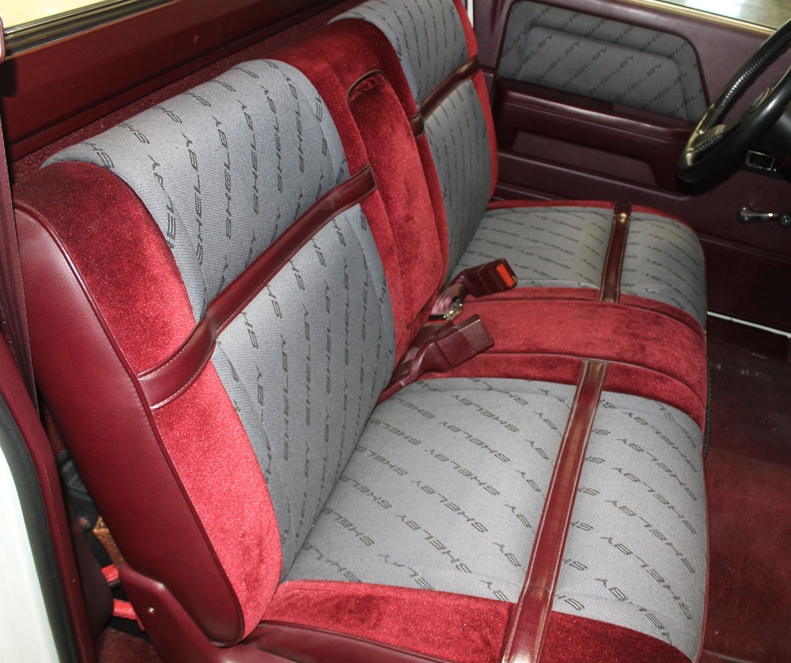 decals. There were only two exterior color options red or white (there are rumors there was one Shelby Dakota produced in a two-tone red and white exterior paint combination). Also standard were attractive black wheel-well flares, black front and rear bumpers, a black front air dam which housed two fog lights, an all-black front grille, and a sleek aerodynamic bed mounted light bar. The interior was red with a red cloth bench seating area with gray Shelby cloth seat inserts and a pull down center arm rest. Also standard were gray Shelby cloth inserts on the interior door panels and a great looking set of round dash gauges which included a 125 mph speedometer and a tachometer. But the best interior touch was a leather wrapped Shelby racing style steering wheel. 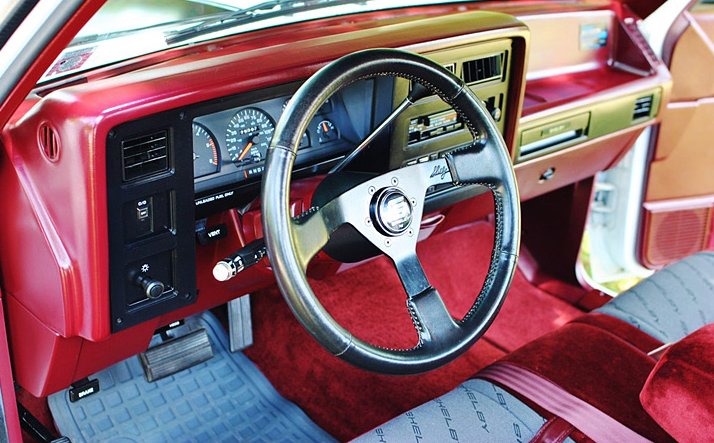 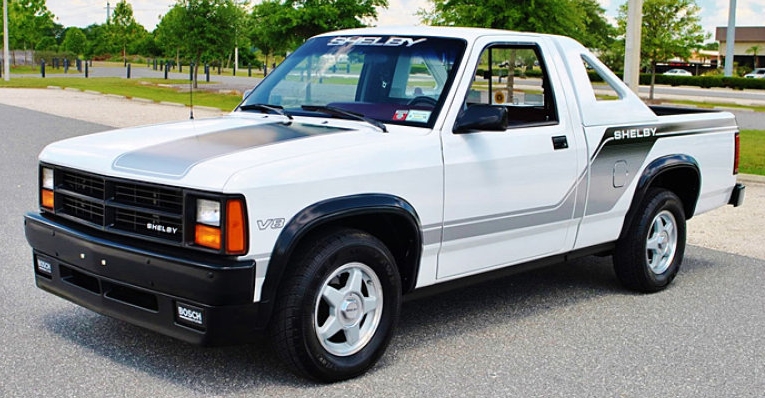 The Shelby Dakota proved to Chrysler that the Dakota needed a V8. The message was received loud and clear, starting with the 1991 model year, the Dodge Dakota had a V8 option for every year of production until Dakota production finally ceased at the end of the 2011 model year. Unfortunately the Shelby Dakota never returned again to the Dodge pickup lineup. Are you concerned about the Shelby Dakota’s place in automotive history? Its future looks bright, a mint conditioned example which was the first production Shelby Dakota in the production run sold for $39,600 at the Barrett JacksonScottsdale auction in January 2018.