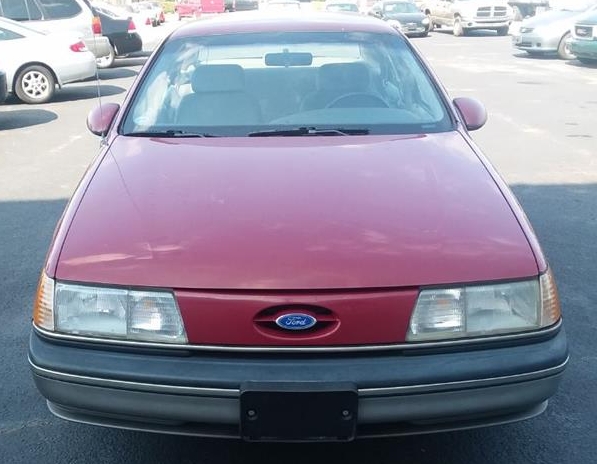 A wide array of cars available on the new car market today can trace there roots back to one car which made its debut during the mid-1980s, the Ford Taurus. Most cars today are front-wheel drive, have slippery aerodynamics, flush headlights, and a transverse mounted V6 or 4-cylinder engine under the hood. If you park a first generation 1986-1991 Ford Taurus next to any new car, it’s still modern looking, it won’t look out of place and won’t have that dated look that all of its contemporaries from back in the day have today.

GM and Chrysler’s early 1980s mid-size front-wheel drive offerings were very state-of-the-art and modern for their day. However since the front-wheel drive platform with a transverse mounted engine was new to the buying public that bought mid-size cars, GM and Chrysler’s styling was modern but had many retro and classic styling cues which included such items as chrome trim, front grilles that had classic design themes, boxy styling, and even in some cases a vinyl roof was present. This was done on purpose in order to more easily acclimate the buying public to these newer fuel efficient front-wheel drive mid-size cars. GM and Chrysler didn’t have to do this with their front-wheel drive compact car offerings, since these cars were new to the buying public and profit margins were lower on compact cars. GM, Ford, and Chrysler’s mid-size cars since the 1960s were big money makers with substantial profits margins and if they didn’t sell well it hurt profits. This is why replacing the traditional LTD with the radically styled Taurus was such a bold move Ford. The Taurus had smooth rounded body panels with no blunt edges and didn’t have any traditional exterior styling cues. There wasn’t even a front grille. Before the Taurus, the last time an automaker released a super aerodynamic family car that didn’t look like anything else on the road was the 1934-1937 Chrysler Airflow which was a sales disaster. 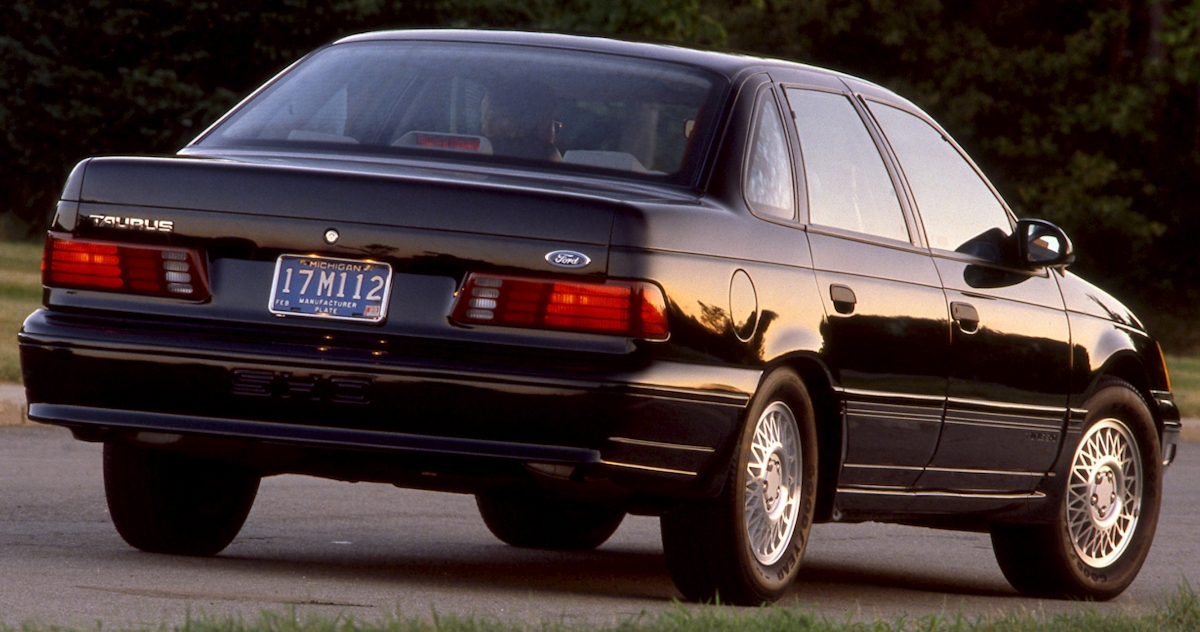 Right before the release of the Taurus, LTD sales were still strong, 1986 LTD with only a few months of production which ended in mid-December 1985 was 72,483 units. The 1986 Taurus production was 236,362 units which easily 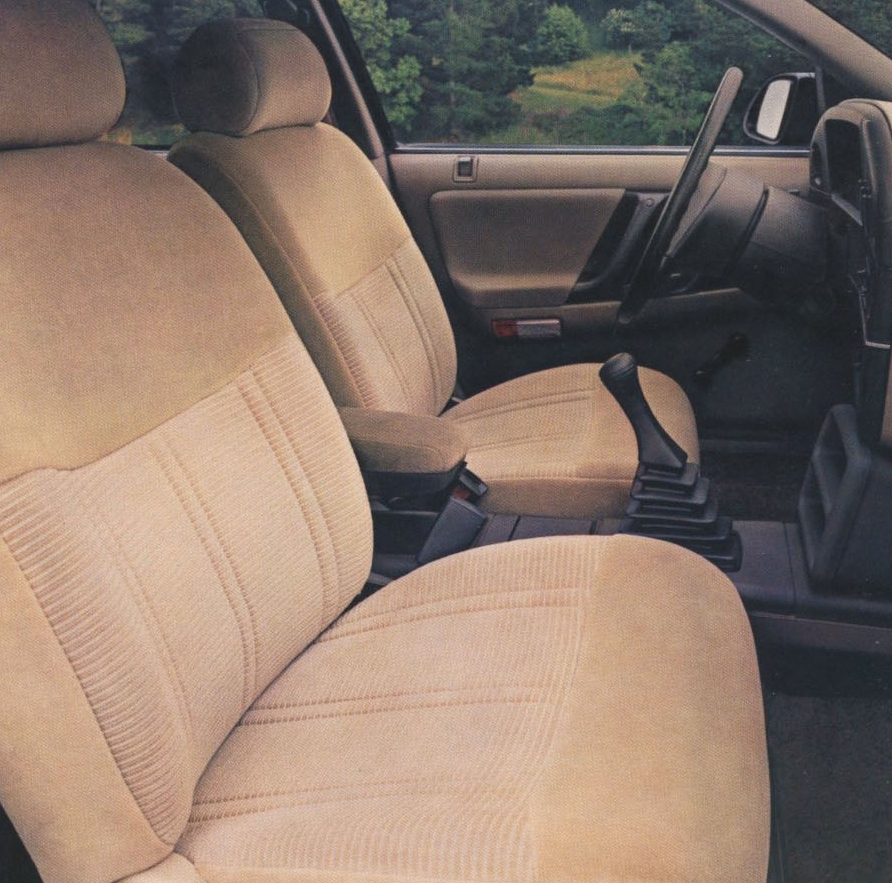 beat the 1985 LTD which had a total production of 205,526 units. Production would continue to rise with total 1986-1991 Taurus production being a little over 2 million units during these 6 model years.

The 1986-1991 Taurus was only available in a 4-door sedan or a 4-door station wagon with a opening rear hatch. The exterior of the Taurus remained unchanged from 1986-1991. The Taurus interior which was very modern, only received the very slightest of updates during its 6 year production. The interior was spacious for a mid-size car and had seating for up to 6-people for the sedan and up to 8-people for the wagon. Ford offered 3 main models of the 1986-1991 Taurus – the base L, the mid-level GL, and the luxurious LX. From 1986-1987 Ford offered a model that was between the L and GL which was called the MT-5 because it had a mandatory 5-speed manual transmission which was paired to a 2.5 liter four-cylinder engine. From 1989-1991, Ford also offered a upscale performance 4-door sedan model called the SHO which was only available with a 5-speed manual transmission. 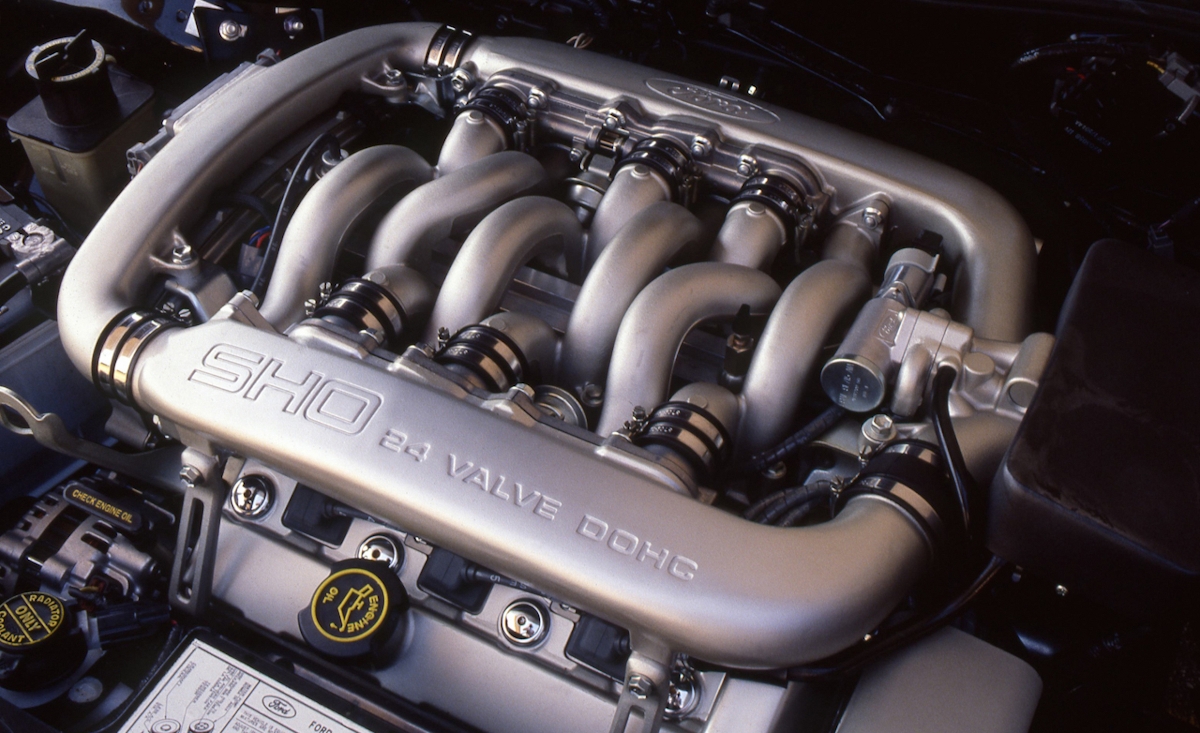 Ford’s big gamble with the Taurus, turned out to be a mega success that gave birth to many cars from many different automakers that copied the Taurus blueprint. The Taurus over three decades after its debut is still around in Ford’s new car lineup. The current Taurus and most of the new cars today would not be around in their current form if it had not been for the phenomenal success of the 1987-1991 Taurus which is one of the most significant cars of last three decades. Unfortunately the current front-wheel drive cars which the original Taurus made popular appear to on borrowed time, sometime during this current 2019 model year Taurus production for the North American market will permanently cease. Other automakers are either doing the same or considering cancelling some of their mid-size to larger front-wheel drive cars. The culprit is the ever increasing popularity of the SUV.