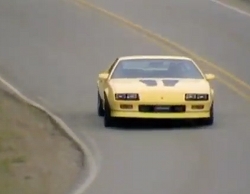 There were a lot of iconic cars produced during the 1980s. It was a rebound period for the U.S. automobile industry. American performance cars returned in the 1980s, though not as plentiful as the 1960s, their return paved the way for the current crop of American performance cars. One of the bright spots of the 1980s was the 1985-1990 Chevrolet Camaro IROC-Z. Chevrolet took the already impressive Z28 and stepped it up a few notches in terms of looks and handling with the IROC-Z. The release of the IROC-Z became for many the sign that performance was back in America, it would elevate the Camaro to a new higher level of competition.

The third generation Chevrolet Camaro Z28 made its debut during the 1982 model year, it was 400 lbs lighter than the 1981 Camaro Z28. The second generation Camaro Z28 was a full-size 2+2 sports coupe which had crazy curves, spoilers, and during some years air dams. Even today it has a loyal following. However by 1981, it’s styling had become long in the tooth. The 1982 Z28 would change all that with sleeker and more refined exterior styling that was more European in nature than the traditional muscle car look of its predecessor. Not to mention it was smaller in size overall than its predecessor. Camaro Z28 sales were very strong from 1982-1984, the new smaller Z28 was a big hit and was just what Chevrolet needed to revive Z28 sales. The 1982-1984 Z28 had a unique two-tone paint scheme with side body stripes.

Chevrolet decided for the 1985 model year to offer a more upscale performance oriented version of the Z28 called the IROC-Z. Chevrolet at the time sponsored the very popular International Race of Champions (IROC) racing series. It was a race circuit where all drivers used the same make and model race cars with the same specs. Since Chevrolet sponsored the race during this time, these race cars were all based on the third generation Camaro. All race cars were equal, driving skills for the most part would determine the outcome of a race.

The IROC-Z did not use a two-tone paint scheme, whatever IROC-Z color the customer chose was on the entire exterior along with understated IROC-Z decals and thin side body stripes. The overall look was more European in nature than the Z28. The IROC-Z was the RPO B4Z IROC sport equipment package which added $659 to the Z28’s $11,060 base price. A total of 21,177 IROC-Zs were produced for the 1985 model year. The 1985 IROC-Z had a slightly updated front-end with flush parking lights, updated rear taillights, and updated lower air dams. These items were all new on the Z28 for 1985. The IROC-Z had standard 16×8-inch 5 spoke aluminum wheels and P245-50-VR16 Goodyear Gatorback tires which were a nice upgrade from the Z28’s mandatory 15×7-inch aluminum wheels and P215-65-R15 Goodyear Eagle GT tires. The IROC-Z was 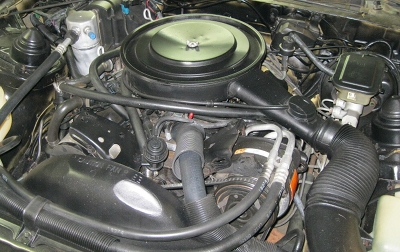 not only one of the best handling cars in America but also the world. Front-end Fog lights were another item that wasn’t available on the Z28 but was standard on the IROC-Z.

The IROC-Z was standard with Chevrolet’s 155 horsepower LG4 4-barrel carbureted 5.0 liter V8 which was standard with a Borg-Warner T5 5-speed manual transmission. A 700R4 4-speed automatic was optional. The first engine option on the IROC, was Chevrolet’s 190 horsepower 4-barrel 5.0 liter H.O. V8 which was only available with the T5 5-speed manual. The IROC-Z’s top performance engine option was Chevrolet’s, new for 1985, LB9 5.0 liter Tuned-Port Injection (or called TPI for short) V8 which produced 215 horsepower. This motor which was also available in the 1985 Z28, was a true Camaro performance milestone since it was the first time a Camaro exceeded the 200 horsepower mark since 1974. Indeed real performance was finally back for 1985. Hot Rod magazine (February 1985 issue) test drove a LB9 equipped IROC-Z, they obtained a 0-60 mph time of 7.0 seconds and a quarter mile time of 15.0 seconds at 92 mph.

Since the IROC-Z was a success, Chevrolet brought it back for 1986. The 1985 model carried over to 1986 unchanged except for a large hump on the top of the rear glass hatch to accommodate a federally mandated high mounted brake light. All engines carried over with same transmission parings. The only changes were the LG4 4-barrel 5.0 liter V8’s output increased to 165 horsepower and the LB9 5.0 liter TPI V8’s output dropped to 190 horsepower. Chevrolet teased Camaro fans starting in the middle of the model year with a 220 horsepower L98 5.7 liter TPI V8 equipped IROC-Z. It was never offered to the buying public for 1986. Only the automotive press got their hands on one to test drive. The overwhelming consensus was it was the 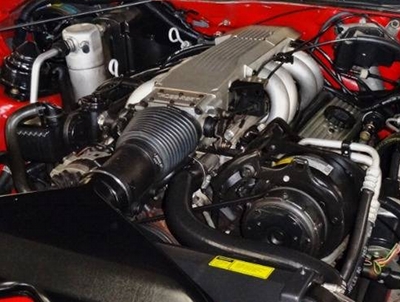 Fortunately for Camaro fans, the 220 horsepower 5.7 liter TPI V8 equipped IROC-Z arrived for the 1987 model year. It was just in time since the IROC-Z’s arch nemesis the Mustang GT had a nice horsepower bump to 225 with its 5.0 liter HO V8. The 1987 Mustang GT may have held its own against the 5.7 liter 1987 IROC-Z, but this IROC had 330 lb-ft of torque at a low 2800 rpm versus the Mustang GT’s 300 lb-ft of torque at the higher 3200 rpm. The L69 5.0 liter HO V8 was gone for 1987. The downside was the 5.7 liter IROC-Z was only available with the 700R4 4-speed automatic transmission. While the Mustang GT could be equipped with a 5-speed manual or a 4-speed automatic. The good news was the LB9 5.0 liter TPI V8 was now available with the T5 5-speed manual transmission, its output was back up to 215 horsepower. If equipped with the optional 4-speed automatic output was still 190 horsepower. Just like 1986, the IROC-Z was standard with the LG4 4-barrel 5.0 liter V8 which could still be equipped with a 4-speed auto or 5-speed manual, however horsepower was now up to 170. 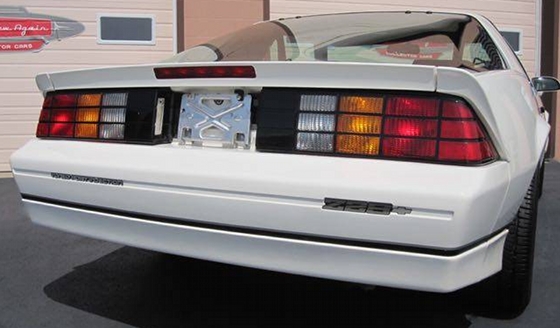 1987, was a good year for the IROC-Z, a convertible model was now available and the high-mounted rear braking light moved to the rear spoiler which looked so much better than on top of the rear hatch. A total of 38,889 IROC-Zs were produced for the 1987 model year. 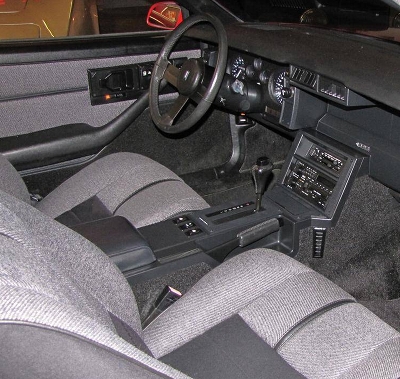 As the 1990 model year rolled in, the era of the IROC-Z was coming to a close. Chevrolet cut short the 1990 model year run of the Camaro, since it released its 1991 Camaro models early. For 1991 a mildly revamped Z28 returned and officially replaced the IROC-Z. The IROC-Z would never return again since Chevrolet dropped its sponsorship of the IROC racing circuit. The 1989 IROC-Z carried over unchanged for 1990. There was a bump in horsepower for the 5.0 liter TPI V8 to 210 when equipped with the automatic transmission and 230 for the manual transmission. Horsepower was up to 245 for the 5.7 liter TPI V8, and just like in all previous IROC-Zs with this engine, a 4-speed auto was mandatory. Surprisingly even though 5.7 liter TPI 1990 IROC-Z had the same motor (with the same horsepower rating) as the 1990 Corvette, only a paltry 2,415 of them were produced. Logically the IROC-Z should have been stealing more sales from the much 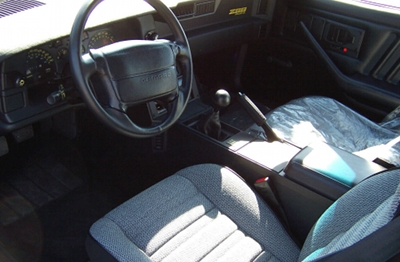 more expensive Corvette. Of course the good news was 5.7 liter TPI IROC-Zs made up almost half of the 5,507 IROC-Zs produced for the 1990 model year.

Worth noting during the IROC-Z’s production run, Chevrolet threw the racing community a bone by offering the 1LE package which beefed up the IROC-Z’s brakes and later on would offer other performance goodies. The 1LE was only offered without air conditioning and power options in the spirit of keeping the car as track oriented as possible.

The IROC-Z helped to liven up the Camaro lineup, it was one of the best performance cars to come out of the 1980s. Today IROC-Z prices for even the best examples are very reasonable, but with the special allure these cars have among the Baby Boomers and Generation X, their values won’t stay low for long. The IROC-Z was the zesty Camaro that spiced up the image and performance of Chevrolet’s third generation Camaro. It came at a time when Chevrolet was seriously considering a front-wheel drive Camaro replacement. Fortunately the IROC-Z kept the performance buyers loyal to Chevrolet, so those crazy front-wheel drive ideas never materialized.