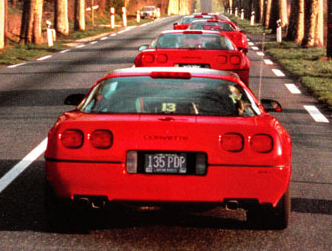 Let’s rewind back to the early-1980s, when performance cars in the American car market had hit a low point. Automakers were now concerned with surviving in a new era of strict emissions and fuel economy standards. Engine displacement had shrunk and was accompanied with a massive drop in engine performance when compared to the previous two decades. The 3rd generation Corvette usually referred to as the C3 Corvette had a long production run from 1968-1982, when the 2-seat C3 Corvette entered its last few production years, Chevrolet emphasized its attractive styling and luxury options instead of its performance. Today all the talk and speculation is centered on the the soon to be released mid-engine C8 Corvette, back in 1982, the automotive talk and speculation was all about the upcoming all-new 4th generation Corvette better know as the C4 Corvette. 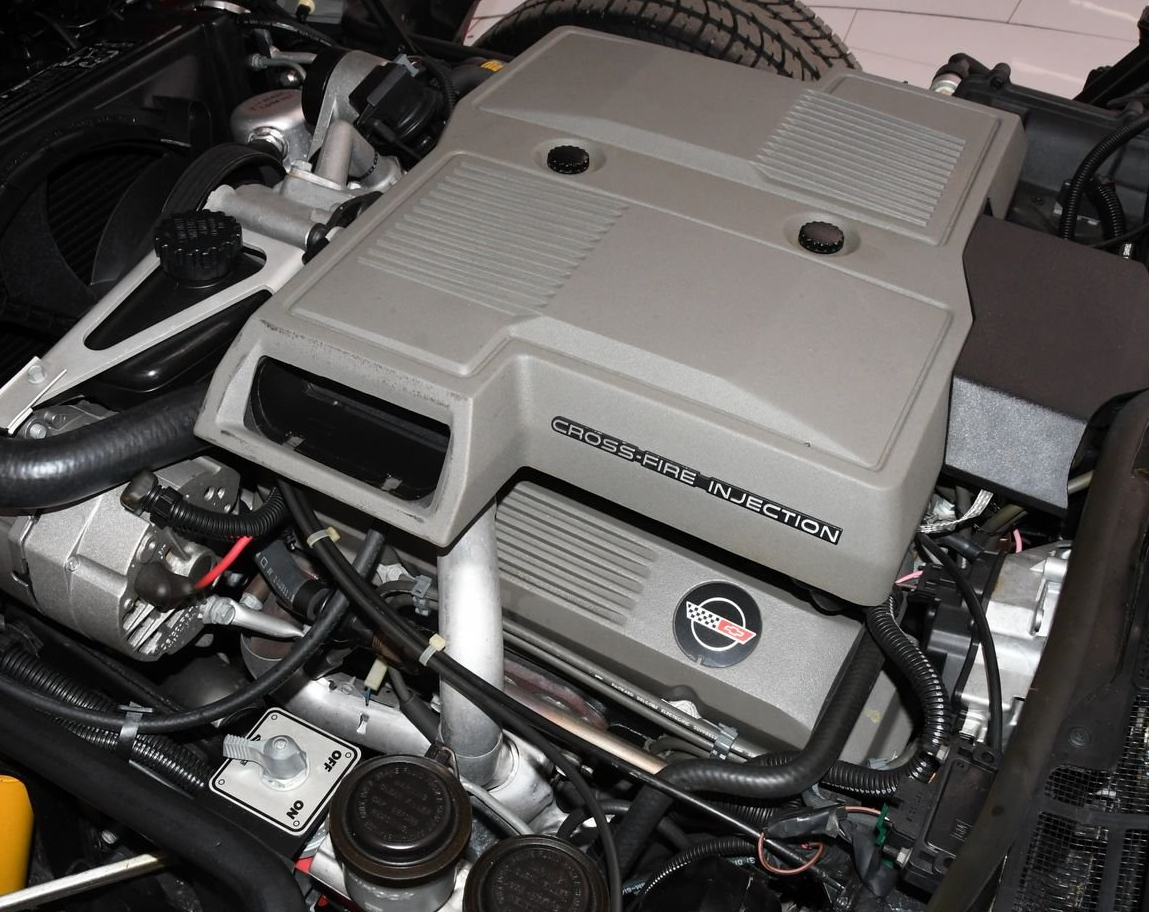 Though there were a good number of special edition C4 Corvettes over its long production run but none were more revered than the 1990-1995 Corvette ZR1 which was essentially a super Corvette with its ultra high-performance DOHC 32 valve 5.7 liter aluminum V8. It generated from 1990-1992, 375 horsepower, and for 1993-1995 generated 405 horsepower. 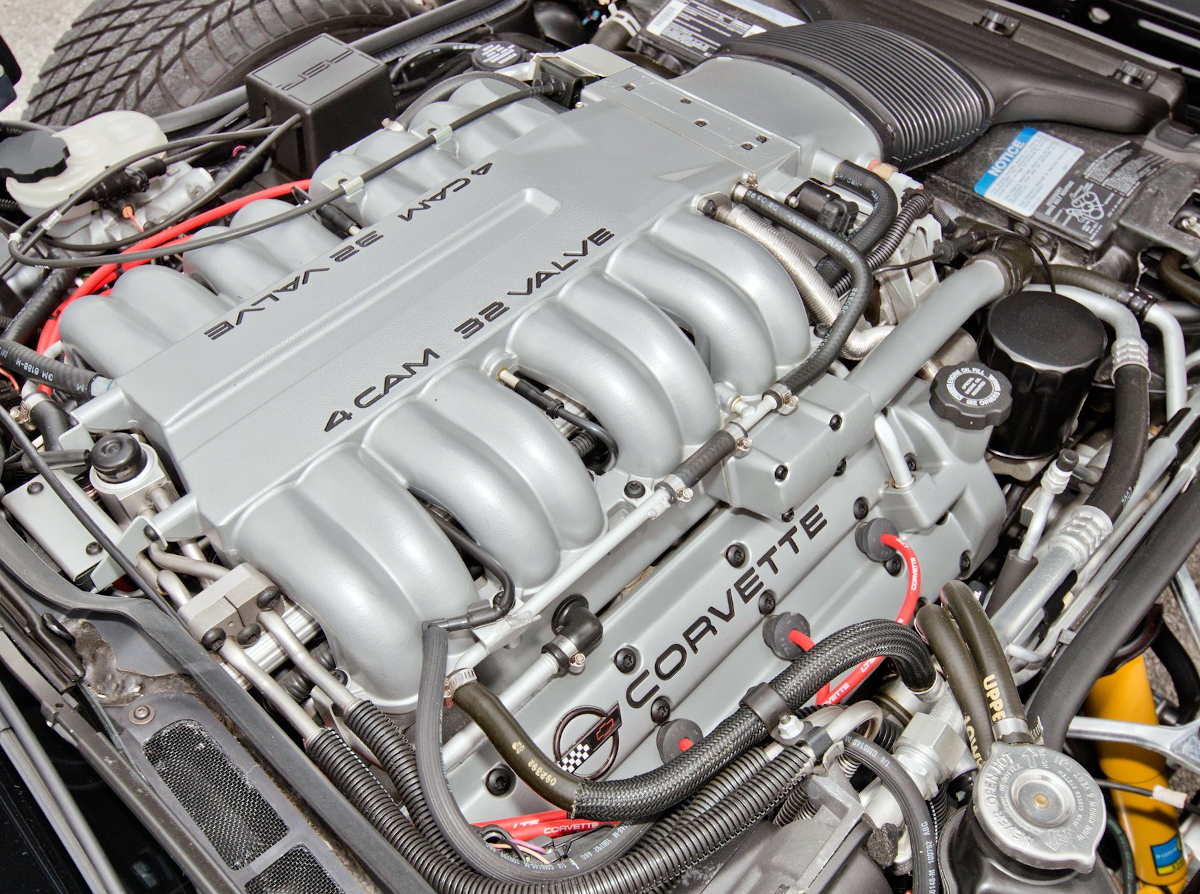 At first sight the ZR1 Corvette looked just like a regular Corvette but Chevrolet made some slight external cosmetic changes in the rear of the vehicle so that the ZR1’s 17×11 inch rear wheels and very wide Z-rated 315-35-R17 rear tires would fit. The 1990 Corvette ZR1 had a unique rear design which included four square taillights. Starting in 1991 the regular Corvette would adopt this new rear design with four square taillights. 1991 would also be the year that both the Corvette ZR1 and regular Corvette would receive a slight face lift which consisted of a new front parking and fog light design. Only 6,939 1990-1995 ZR1s were produced. Though the ZR1 for 1990 had a starting price of $58,995 which was almost double the cost of a 1990 Corvette which had a base price of just under $32,000, the ZR1 was a downright bargain compared to the best European exotic sports cars at the time. As an example a 1990 Corvette ZR1 could hit 0-60 mph in 4.4 seconds and the quarter mile in 13.2 seconds at 110 mph and it got a very impressive .93g figure in the skidpad handling test. These performance and handling figures easily beat those of the 1990 Lamborghini Countach, 1990 Ferrari Testarossa, and Porsche 911 Turbo making the ZR1 the king of the exotic sports cars. Not to mention the ZR1 Corvette had a top speed of around 180 mph. 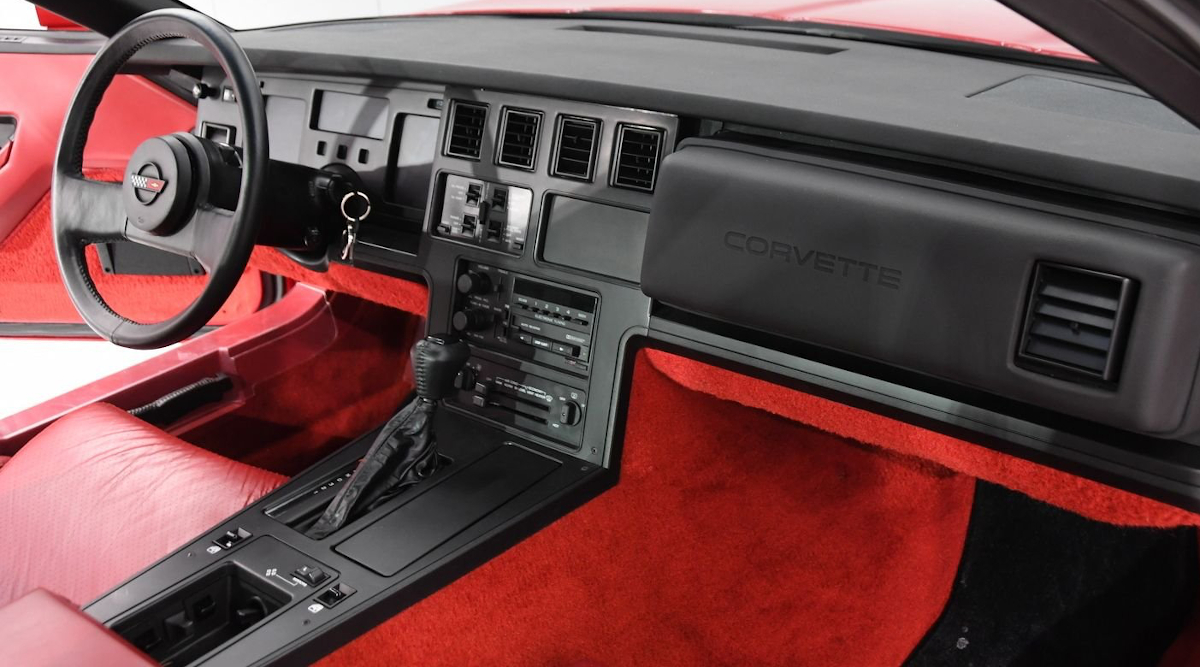 The C4 had a comfortable interior with bucket seats that had excellent lateral support. The C4 had cloth seats as standard from 1984 through 1993 with leather seats being optional, most customers opted for the leather seats. Chevrolet would continue to make mild improvements to these seats during the C4’s production run. The all digital state-of-the-art C4 dash gauge cluster made it debut with the 1984 Corvette, it looked futristic and complimented the stylish but squarish dash design. For the 1990 model year the dash shape would become more rounded and most of the digital readouts would be replaced with analog gauges. Starting in 1984, the Corvette received on its option list the best factory car audio system available at the time the Delco Bose audio system. It would become a popular option on the Corvette during the C4’s entire production run. One area where the C4 Corvette fell short was the access into the C4’s seats required climbing over the large frame rails which resided between the seats and the side doors.

Chevrolet with the C4 also continued the Corvette tradition that started in 1953 of having fiberglass body panels instead of the steel body panels that most cars have. Chevrolet never ruined the C4’s great looks by adding spoilers and airfoils even though just about every automaker at that time was adding these to their performance cars and sports cars. The C4’s body styling was so modern and sleek that it never looked dated even during its last year of production in 1996 and even today it still looks modern and sleek.

Unfortunately even though the 1984-1996 C4 Corvette was a serious sports car in its day and one of the fastest and best handing cars of its era, it’s currently being overshadowed by the C1, C2, and C3 Corvettes that preceded it and the more modern C5, C6, and C7 Corvettes that followed it. This is very good news for those looking for a fast, great handling, and great looking sports car for a very reasonable price. Mint conditioned C4 Corvettes are selling for bargain basement prices, even the Corvette ZR1 in the current classic car market is very reasonably priced. This provides a great buying opportunity since C4 prices more than likely won’t stay cheap for long. The reason why historically the C4 is so important is that it was the first Corvette to compete with the best exotic sports cars from Europe and the rest of the world. This is not said to belittle the legendary big-block V8 Corvettes and other fast Corvettes that came before the C4, but these cars were more 2-seat versions of a muscle car rather than a well rounded sports car. Ever since the C4’s introduction, Chevrolet has offered world class acceleration, handling, braking, and steering with the Corvette. Though the world will soon be focusing on the all-new mid-engine C8 Corvette, the smart and savvy car collectors and performance car fans will instead be focusing on the C4 Corvette.