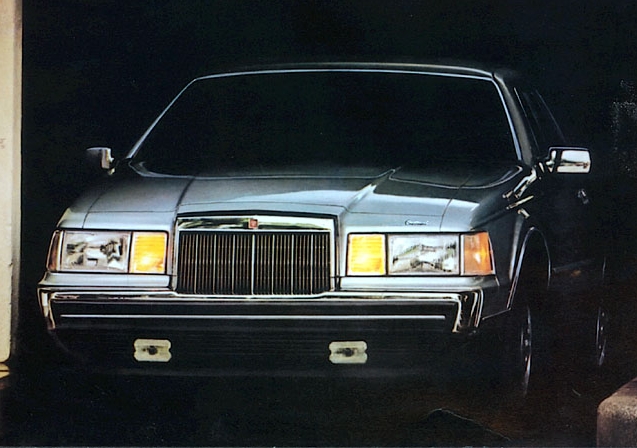 There was a song called “Hot Rod Lincoln” that Charlie Ryan wrote, performed, and first released in 1955. Commander Cody and His Lost Planet Airmen would make famous a cover version of this song which would reach #9 on the Billboard Hot 100 in 1972. The irony was Lincoln never made a factory performance car until the 1984 model year. Before that there may have been powerful engines under the hoods of some previous Lincoln models but these Lincolns were large luxury cars with gentle road manners, not performance cars. It would be the 1984 Lincoln Continental Mark VII LSC that would change all this. The Mark VII would last 9 model years, Lincoln dropped the “Continental” moniker in the Mark VII’s name for the the 1986 model year.

The Mark VII’s predecessor, the 1983 Lincoln Continental Mark VI was available in both a 2-door or 4-door configuration. It was a boxy full-size car that was built on Ford’s Panther Platform. For 1984, the Mark VII which would only be offered in a 2-door configuration, used Ford’s mid-sized Fox Platform. The Mark VII at the time shared this iteration of the Fox Platform and its streamlined aerodynamic styling with the Ford Thunderbird and Mercury Cougar. However the Mark VII had a longer wheelbase and length than the Thunderbird and Cougar. The Thunderbird and Cougar both received new aerodynamic body styling and a new space-age interior design for the 1983 model year. The rear-wheel drive 1984 Mark VII which shared similar general body lines with the Thunderbird and Cougar, had its own unique body styling with plenty of Lincoln styling cues. The front grill and the rounded trunk bulge were examples of classic Lincoln Mark styling. The front grill design went back to the 1969 Lincoln Mark III while the rear trunk bulge went all the way back to the introduction of the 1956 Lincoln Mark II. For the 1956 Lincoln Mark II the trunk bulge was needed for the trunk to clear an upright spare tire inside the trunk. On the 1984 Mark VII, the trunk bulge was merely cosmetic. These items made the Mark VII appealing to traditional Lincoln buyers, while the new overall sleek aerodynamic styling broadened the Mark VII’s appeal to more youthful buyers. 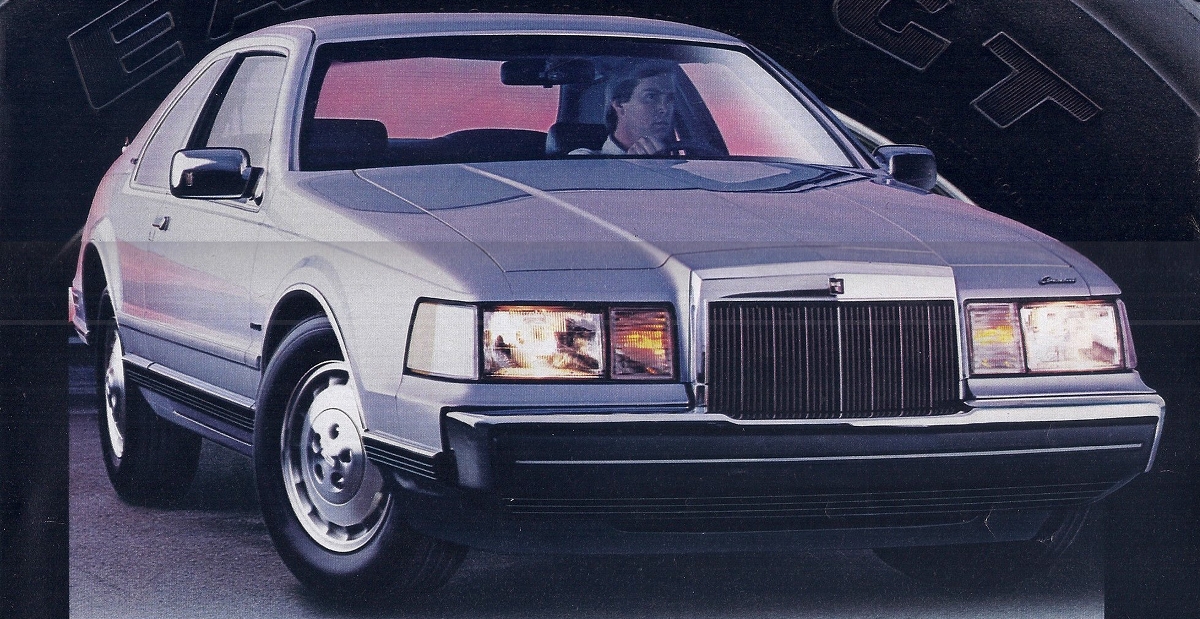 The nice sleek lines were accompanied by flush headlights which improved the Mark VII’s aerodynamics and gave the Mark VII a very futuristic look. This is why a Mark VII even today looks modern and doesn’t look the least bit dated. As a side note the 1984 Mark VII was the first American car with aerodynamic flush plastic headlights, today just about every new car and SUV has them. These headlights had lightbulbs that were replaceable, which is the norm today. Another surprising design element with the Mark VII was that its roofline was a semi-fastback shape which was a change from the formal rooflines of previous Lincolns. Ironically for 1984, it was the Mercury Cougar that had the formal roofline with a near vertical rear window.

As wonderful as the 1984 Mark VII was, the real treat was the 1984 Lincoln Mark VII LSC. The “LSC” was short for Luxury Sport Coupe. The 1984 LSC didn’t have the traditional luxury items that were found on the regular 1984 Mark VII such as a hood ornament or wire spoke wheels with white wall tires. These type of items didn’t fit with the LSC’s sporty image. The 1984 LSC was the hot rod Lincoln that Lincoln had never before produced but should have. The 1984 LSC had aggressive P215-65R15 Goodyear Eagle GT performance tires mounted to sporty 15-inch aluminum wheels. These exact same tires and tire size were available on the 1984 Chevrolet Camaro Z28 and 1984 Pontiac Trans Am – both were among the best handling American cars at the time. However the LSC had something the Z28 and Trans Am didn’t have, and that was an air suspension that gave the LSC a comfortable luxury coupe type ride even on rough pavement yet it still sports car type handling. Unlike most of its competitors the LSC was standard with 4-wheel disc brakes which helped to make it stop on a dime like a sports car.

Since the LSC debuted during a time period where engine power output was at all time lows due to stringent Government mandated fuel economy standards, Lincoln was at a big disadvantage. The 1984 LSC unfortunately shared the same engine as the regular Mark VII which was the 140 horsepower and 250 lb-ft of torque throttle-body fuel injected 5.0 liter (302 cubic-inch) V8. Worth noting on the regular 1984 Mark VII, a fuel efficient 2.4 liter 6-cylinder diesel engine was optional, fortunately it was not available on the LSC. The LSC’s 5.0 liter V8 had enough performance to give it performance car credentials in 1984, MotorWeek, a TV show that test drove different new cars back in the day, recorded 9.7 seconds from 0 to 60 mph and 16.8 seconds in the quarter mile with the 1984 LSC. These were excellent performance times for the day, especially considering the LSC had a hefty curb weight of a little over 3,700 lbs. As a comparison the base engine in both the 1984 Z28 and 1984 Trans Am was a 150 horsepower and 250 lb-ft of torque 5.0 liter (305 cubic-inch) V8 and their performance times were very similar to the LSC’s performance times even though they curb weights a few hundred lbs less than the LSC. 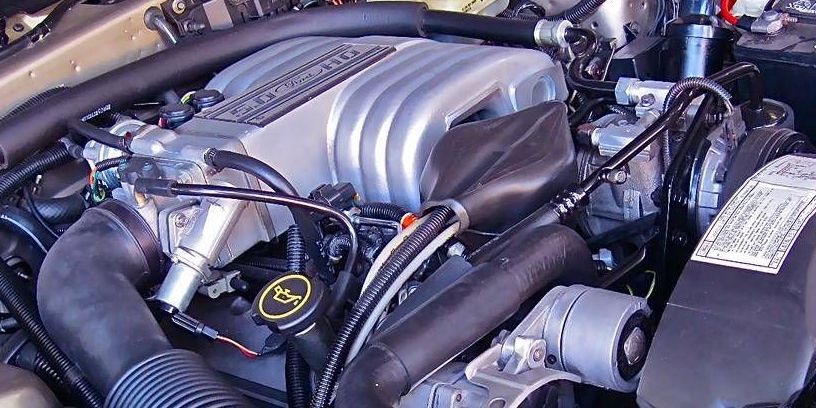 During the 1984-1992 model years the LSC was only available with a 4-speed automatic transmission. Motor Week obtained 9.1 seconds from 0-60 mph and a quarter mile time of 15.6 seconds with a 1988 Mark VII LSC. But there’s another twist to this story, all the great engine performance modifications that can be performed on the Fox platform Mustang GT can also be done to Mark VII LSC, creating the potential for some very serious horsepower under the LSC’s hood. Handling and steering feel just like engine power also improved as Mark VII LSC production continued. For 1988, new 16-inch aluminum wheels along with wider P225-60-R16 Goodyear Eagle GT+4 performance tires were now standard.

Though the performance and handling of the Mark VII LSC were notable and would have pleased most performance car fans during its production run, it’s the way Lincoln provided this performance in a beautifully styled 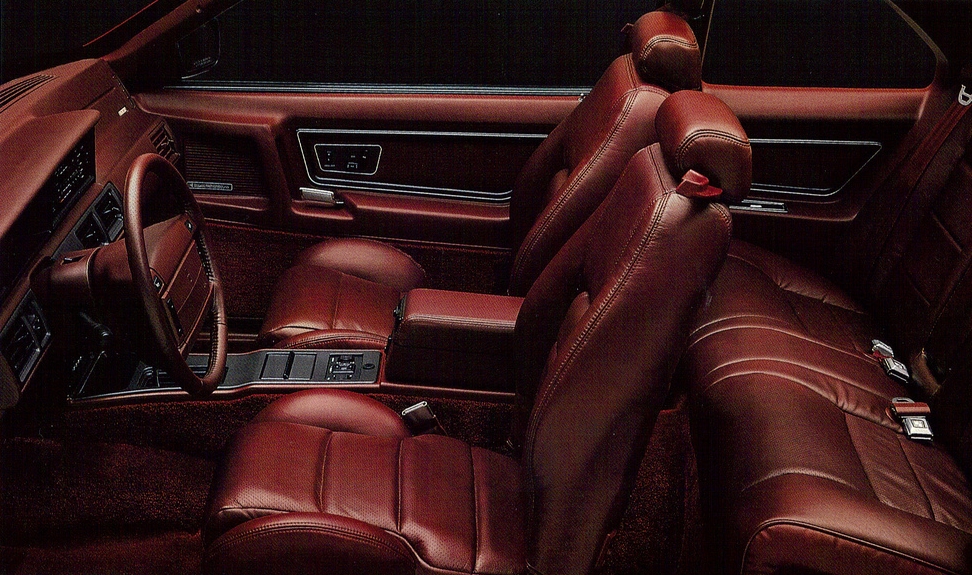