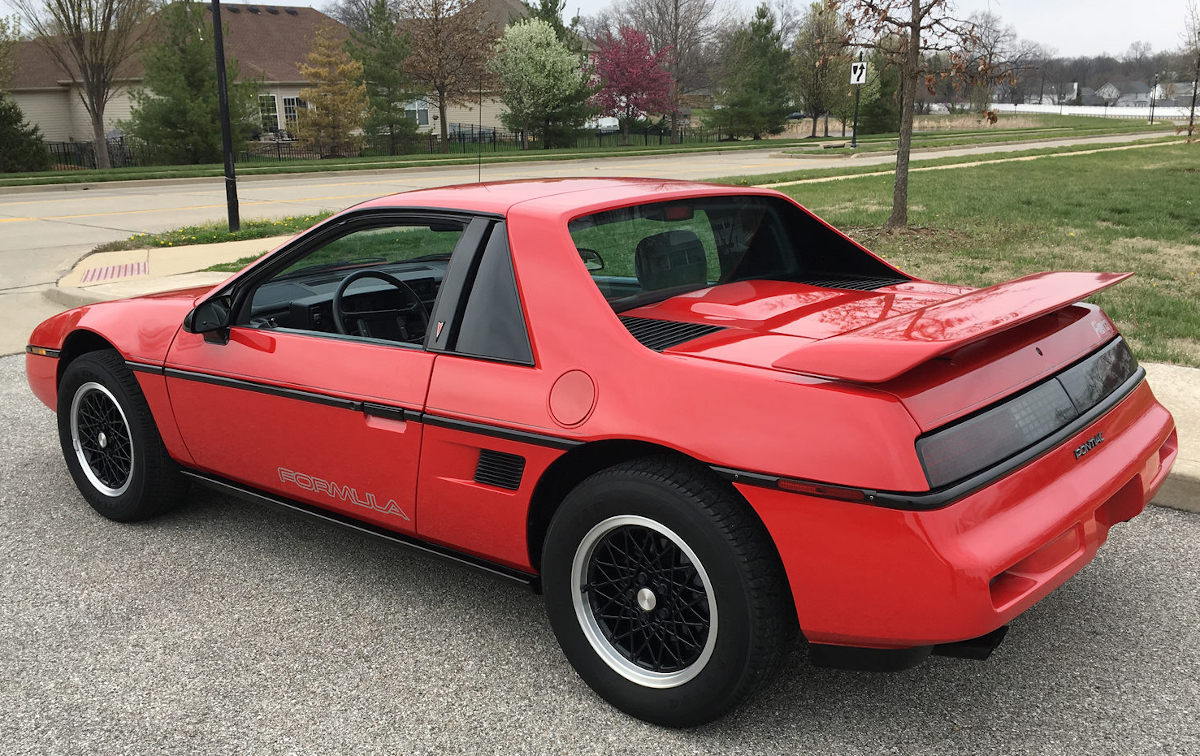 The 2020 Chevrolet Corvette wasn’t GM’s first production 2-seat mid-engine sports car. That honor goes to the 1984-1988 Pontiac Fiero. When the Fiero was released it was a sales sensation, an incredible 136,840 units were produced for the 1984 model year. This far exceeded GM’s wildest expectations.The Fiero was given a hero’s welcome when it first arrived. Five model years later it was treated like an outcast and production was cancelled by GM during the middle of the 1988 model year with 1988 production only reaching 26,402 units. A total of 370,168 Fieros were produced over 5 model years, which was a very successful production run for a 2-seat sports car.

By the early-1980s engine displacement size had dropped, overall car exterior size had shrunk, and many cars were converting to front wheel drive. There was not a good selection of exciting new cars at this time especially for those with a limited budget. This is why the debut of the exciting 1984 Fiero received so much fanfare. It was a beautiful 2-seat car that looked like a European sports car but it had a base price of only $7,999. When equipped with the optional Special Performance Package the 1984 Fiero also had the suspension handling to match its sports car looks. It one of the best handling cars in America at that time, it obtained a .81 g on the skidpad test. Just like the Corvette, the Fiero was standard with 4-wheel disc brakes and a fully independent suspension. As a comparison the 1984 Corvette which was more than double the Fiero’s price obtained .86 g on the skidpad test. For 1985 Pontiac gave some slight suspension revisions to the Fiero’s best suspension package which bumped the skidpad figure up to .84 g. Pontiac would do a major upgrade to this performance handling suspension for the 1988 model year, giving the Fiero world class handling feel and steering feel. This handling suspension unlike its predecessor provided great suspension feel over uneven pavement and road imperfections.

The base engine in the 1984-1988 Fiero was the 92-98 horsepower Iron Duke 2.5 liter 4-cylinder with throttle-body fuel injection. With this engine the Fiero had spirited acceleration. However it was the 135-140 horsepower multi-port fuel injection 2.8 liter V6 available for 1985-1988 that gave the Fiero the performance to match its sleek sports car looks. 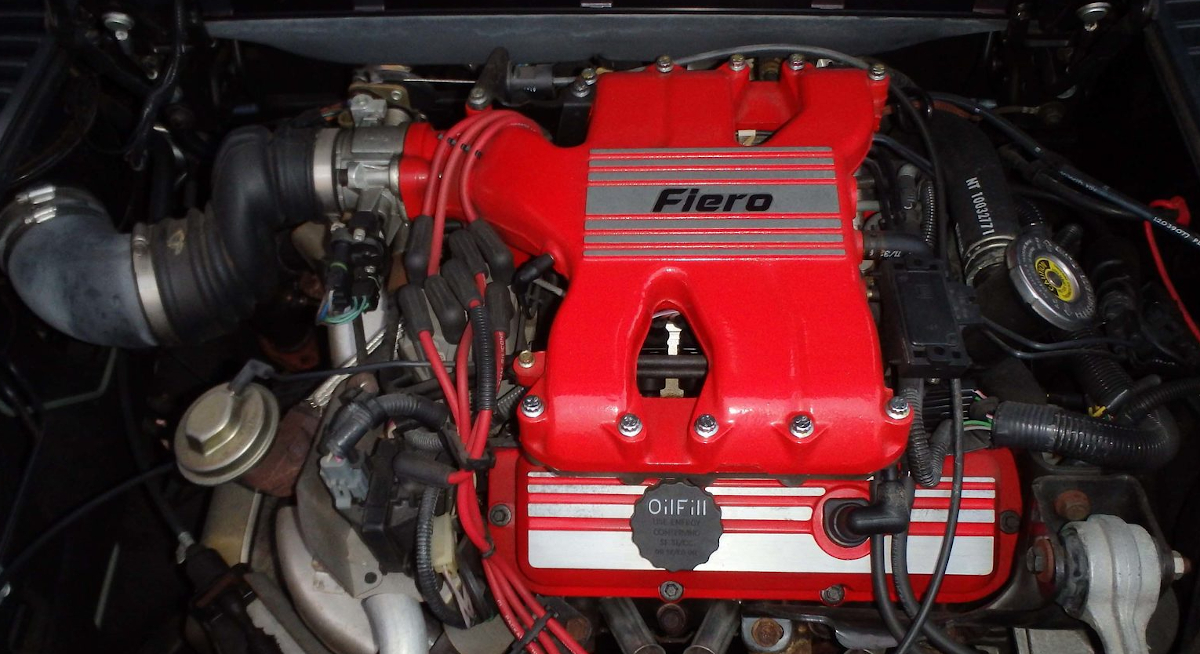 The Fiero had state of the art construction which consisted of a steel cage structure with innovative enduraflex body panels which where durable plastic panels that were dent resistant. Not only did this give the Fiero a very safe frame structure to protect its occupants but it also made styling changes easy and very cost effective since only the enduraflex panels needed to be changed to modify the exterior styling. The Fiero’s interior was modern and looked like the interior of a much more expensive sports car. Unlike many sports cars at the time the Fiero had plenty of headroom. 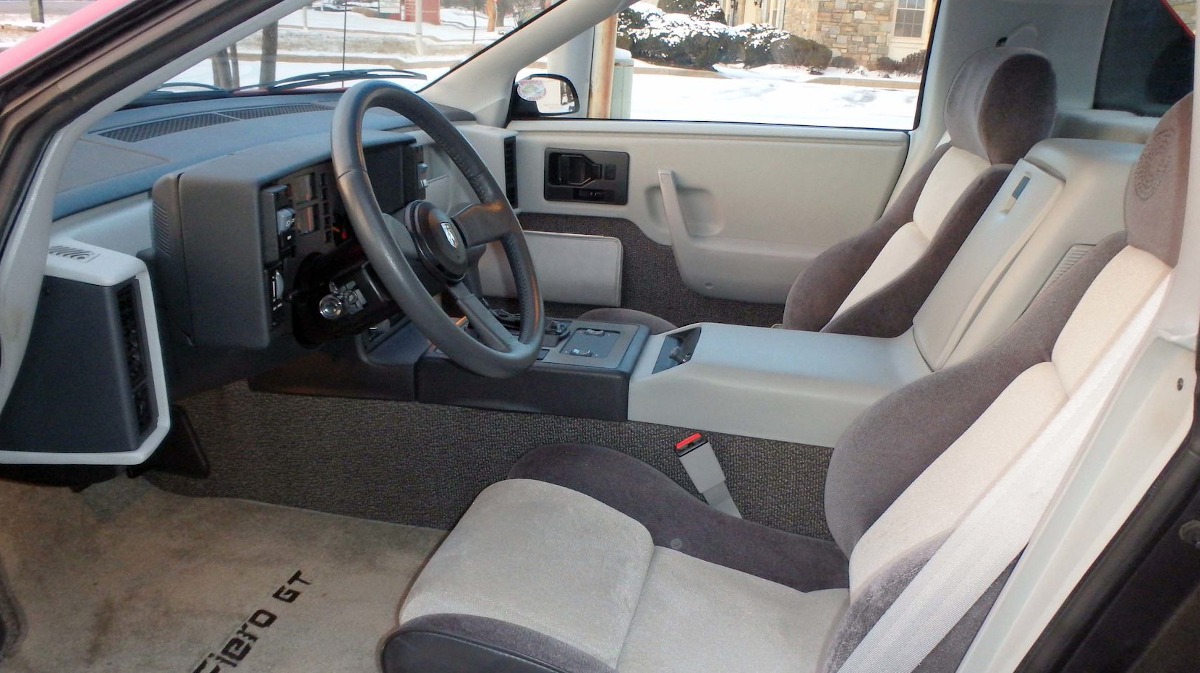 Unfortunately the Fiero had its share of shortcomings which were the result of internal corporate GM politics at the time. The only way Pontiac engineers could get GM approval to green-light Fiero production was to market it as a 2-seater commuter car and not a sports car. This is why Pontiac had to keep costs to a bare minimum and couldn’t release the well rounded sports car that it wanted to release for 1984. As a result Pontiac used some off the shelf parts from some of GM’s inexpensive compact cars. To get the sports car it really wanted Pontiac had to gradually improve the Fiero over a few model years. As previously mentioned Pontiac had to wait until 1985 before it could offer the V6. From the beginning the Fiero was standard with a 4-speed manual transmission and optional with a 3-speed automatic transmission. The outdated 4-speed manual wasn’t replaced with a more modern 5-speed manual until the middle of the 1986 model year. Unfortunately Pontiac never offered in the Fiero an overdrive 4-speed automatic transmission like it did in some of its other cars at the time. Another shortfall was Pontiac has planned to give the Fiero a power-assist steering system as a mid-year 1988 option, unfortunately the Fiero was cancelled before it was available. Another option that Pontiac originally planned to offer in the Fiero but never made it to production was an aluminum 2.9 V6 equipped with a turbo and intercooler. It would have produced around 220 horsepower, giving the Fiero exotic sports car acceleration.

In 1987 the Fiero encountered its biggest problem when it was discovered its 4-cylinder engine was prone to catch fire because of engine connecting rod failure due to running the engine at extremely low engine oil levels. Pontiac implemented a recall fix for the issue. Even though the V6 Fieros didn’t have the engine fire issue, Pontiac also issued a recall and performed a fix for all V6 Fieros. 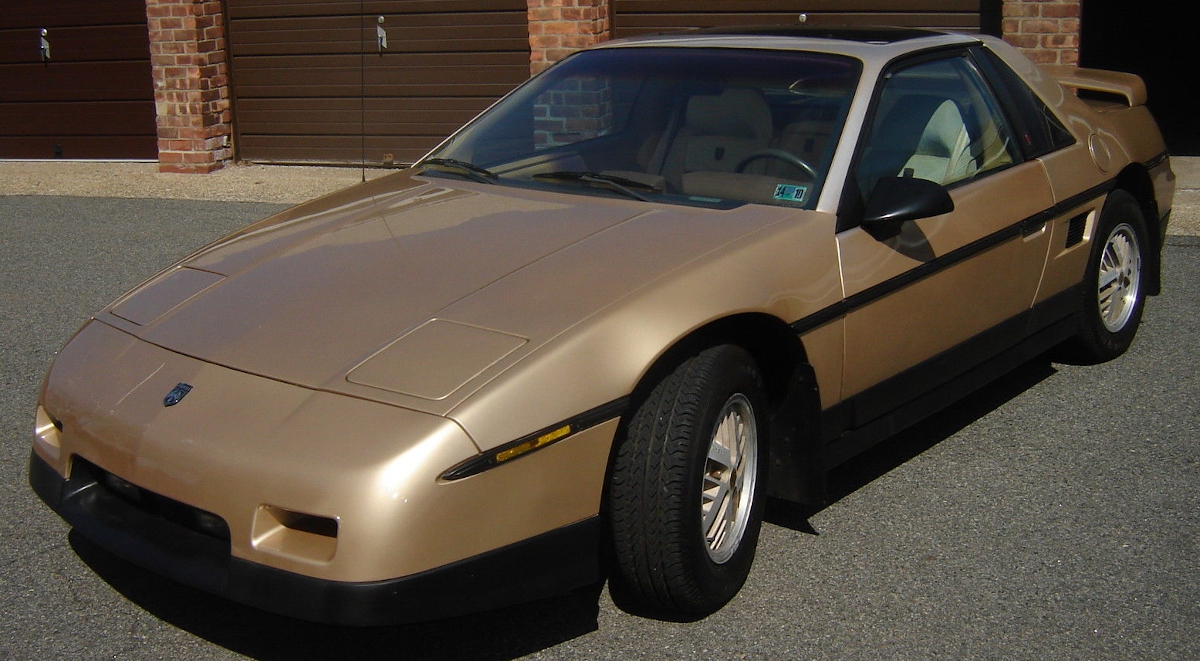 The different 1984-1987 Fieros may have handled well but their suspensions were sometimes a tad too harsh and the steering wasn’t as precise as it needed to be. The automobile press praised the V6 powered 1988 Fiero GT and 1988 Fiero Formula for being well-balanced 2-seater sports cars due to the great handling suspension, great steering feel, great braking, and very good acceleration. MotorWeek back in the day test drove a 1988 Fiero Formula and obtained 7.5 seconds from 0-60 mph and the 1/4 mile in 15.7 seconds at 87 mph. This was considered a fast performance car by 1988 standards.

Even though the engine fire recall hurt the Fiero’s reputation and sales were a lot lower in 1988 than 1984, the 1988 Fiero GT and Formula had finally given the Fiero the true 2-seat sports car credentials it needed in 1984. The Fiero was cancelled during the middle of the 1988 model year and 1988 production only hit 26,401 units. However had Fiero production continued to the end of the 1988 model year it would have reached at least 40,000 units. This would have been very close to total 1987 Fiero production of 46,581 units. GM had planned to release a sleeker more powerful Fiero for 1989 or 1990 which would have surely boosted sales again.

The problem with the Fiero was its sales were so spectacular during its first model year which raised sales exceptions so high that any 2-seat sports car no matter how good could never meet these expectations year after year. When sales fell over time after 1984, GM eventually cancelled the Fiero when the engine fire fiasco was front page news headlines. It was a shortsighted decision, GM should have continued Fiero production. There are still many Fieros on the road today, long term the Fiero even with its flaws has proven to be a reliable and fun to drive 2-seat sports car.