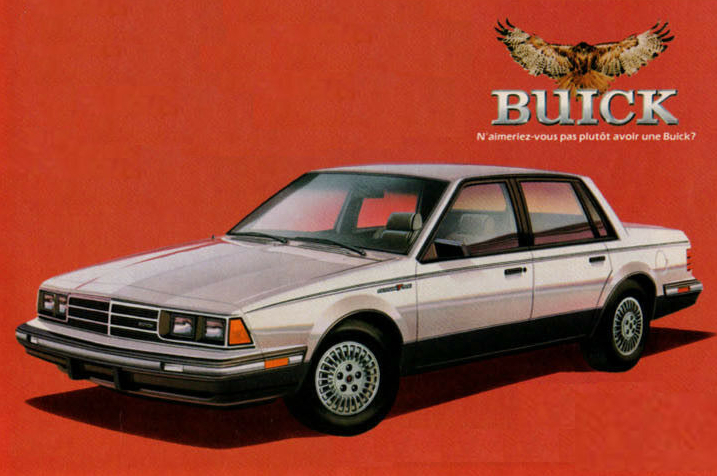 Buick has always been GM’s automobile division that appealed to the older crowd. Buicks were generally reasonably priced cars that offered an abundance of luxury and convenience options and if a buyer didn’t want any of that stuff a no frills Buick had generally more standard options than its competitors. In the GM’s hierarchical system Buicks were more upscale than Chevrolet, Pontiac, and Oldsmobile. Only Cadillac which was GM’s luxury division was more upscale than Buick. With Buick’s customer base it wasn’t necessary to build performance cars however there have been times when Buick has offered true performance cars. The 1984-1987 Buick Grand National and the Stage 1 455 cubic-inch V8 equipped 1970-1972 Buick GS are perfect examples of this. 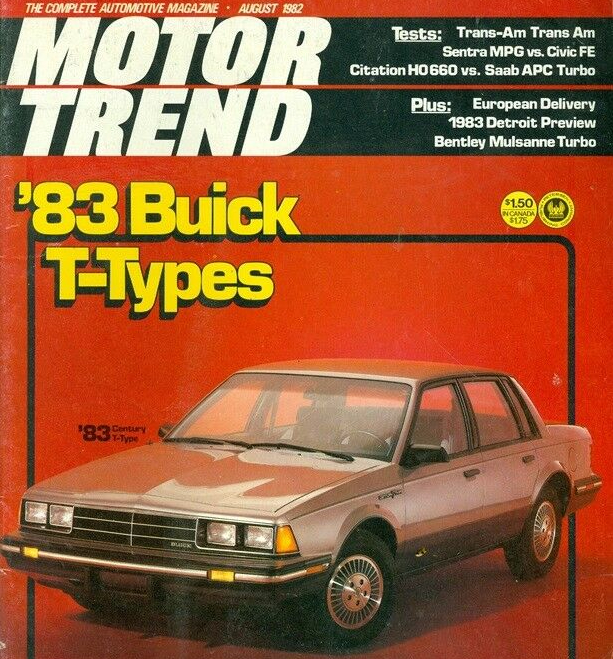 interest the 2-door coupes but also the 4-door sedans. American automakers saw the smaller European inspired American sports sedans as the wave of the future. Pontiac’s 6000 STE which was a sporty 4-door sedan that debuted for the 1983 model year was the most popular of these. Buick also noticed this trend and released for the 1983 model year the Buick Century T-Type.

The Buick Century T-Type shared the same front-wheel drive GM A-body platform as the the Pontiac 6000 STE. This platform was at the time was categorized as a front-wheel drive mid-size platform. Buick sold at the time other A-body Century models to buyers who needed reliable 5 or 6 passenger cars. The Century T-Type was a special European inspired performance model that Buick hoped would bring younger buyers into Buick dealer showrooms. Buick also offered the T-Type in some of its other car models at the time.

It had blacked out trim, 14-inch aluminum wheels, and a good handing European touring car inspired suspension. The exterior had a more European look, the traditional Buick hood ornament was gone but there were still a few pieces of very slight chrome found on the exterior. The overall look was very attractive by 1980s standards and looked the part of a performance car. Styling remained unchanged except for the slight front grille change for 1985 and then for the 1986 model year a facelift which gave the front grille and entire front area a more pronounced look.

The interior still had that familiar Buick luxury flair but there was standard bucket seats and a center console. Unfortunately the center console shifter was optional, a column 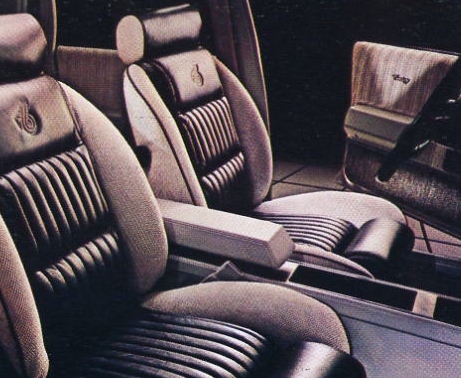 shifter was standard. The good news was more upscale and sporty Lear Siegler leather bucket seats which provided better lateral support were optional for the first few years of production.

For 1983 and 1984, the Century T-Type was standard with Buick’s 3.0 liter V6 which produced 110 horsepower and 145 lb-ft of torque. Starting in the second half of the 1984 model year, the Century T-Type was available with Buick’s 125 horsepower 3.8 liter V6 with sequential port injection (SFI for short). On paper it may have only appeared to be a decent increase in horsepower. However the real power increase was the massive jump in torque to 195 lb-ft of torque which gave the T-Type the feeling of a lot more power especially in day to day driving. It went 0-60 mph in low-11 second range, this was quick by mid-1980s standards. T-Type also received starting in 1984 as an option the P215-60R14 Goodyear Eagle GT performance tires which improved handling. For 1985 and 1986 the 3.8 liter SFI V6 was standard. For 1986, output for 3.8 liter SFI V6 increased to 150 horsepower and 200 lb-ft 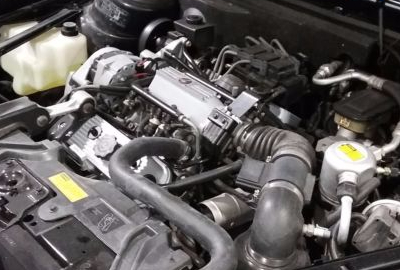 of torque, 0-60 mph dropped to the high-9 second range which was true performance car territory at the time. The Century T-Type was only available with an automatic transmission.

The Century T-Type was available in a 4-door sedan and 2-door coupe. However for 1986, its last model year, it was only available in a 4-door sedan. This was due to Buick’s release of the sporty 2-door 1986 Century Gran Sport. The Gran Sport had the same 150 horsepower 3.8 liter SFI V6 as the T-Type however it had an all black exterior color scheme with no chrome trim, 15-inch wheels with performance tires, along with a few other extras. The overall look of the 1986 Century Gran Sport had the same cool factor as the rear-wheel drive Buick Grand National.