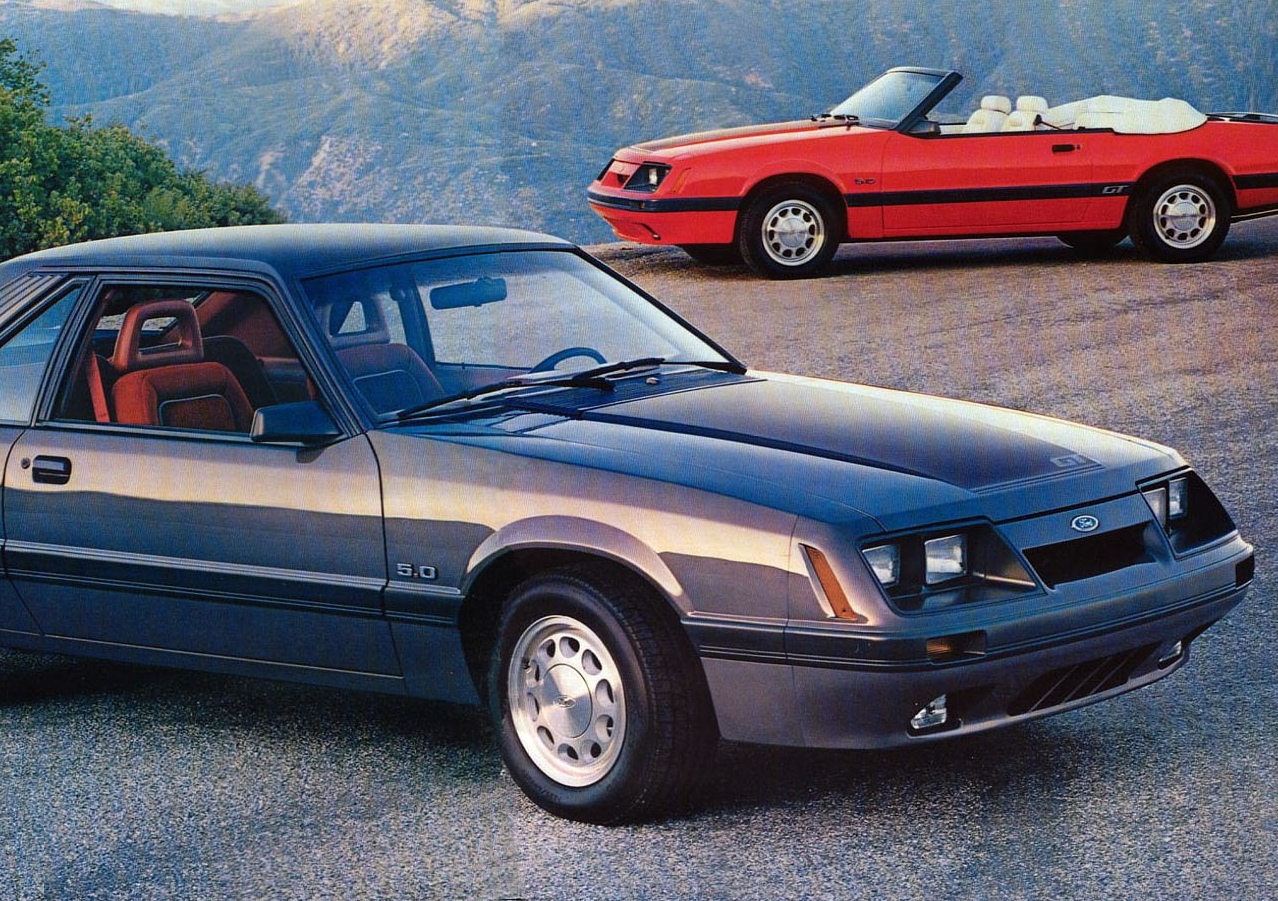 However as great a performance car the 1982-1993 Mustang GT was for the money, it unfortunately never reached its full potential. Part of the problem was that by the 1980s, U.S. automakers had become overly budget oriented, so much so that the cost of ever nut and bolt on the car was accounted for and very slight changes even when they greatly benefited a car were in some cases not approved for production since these automakers were too concerned with the added costs. Automakers during this era kept costs as low as possible to maximize profits while at the same time made sure that all government regulations and mandates were met. In this environment some options and upgrades which would have made the Mustang GT a better performance car than it already was, were never standard or even available on the Mustang GT. This meant that the 1982-1993 Mustang GT, though a solid performance car and one of the best of its era never was allowed to reach its full potential.

Another shortfall was the Mustang GT’s suspension, though it was better than most cars back in the day it still paled in comparison to some of its competition especially it’s main competitors the Camaro Z28 and Camaro Iroc-Z. A more finely tuned suspension would have slightly increased the base price of the Mustang GT but would have made it a world class performer. Even if Ford wanted to keep the GT’s base price low, it still could have offered a better handling suspension as an option. Ironically, Ford would finally produce for 1993, a V8 powered Fox body Mustang with a finely tuned handling suspension and 4-wheel disc brakes. This Mustang was the 1993 Ford Mustang Cobra and it was a true performance car that was built by Ford’s Special Vehicle Team (SVT for short). The 1993 Mustang Cobra proved that the Fox platform Mustang had the 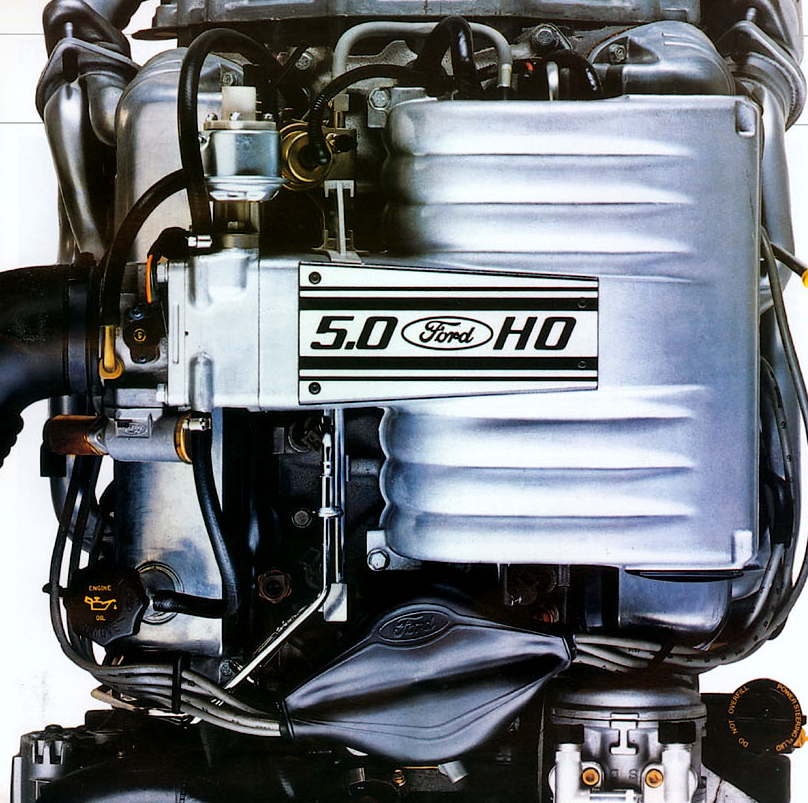 potential of being a really great performance car. The downside was these 1993 Mustang Cobra performance components should have been available on the Mustang GT at least 5 model years earlier.

There’s no doubt that the best attribute of the 1982-1993 Mustang GT was its 5.0 liter (302 cubic-inch) H.O. V8 which generated between 157-225 horsepower depending on the model year. It was the Mustang GT’s very low curb weight in the low 3,000-lb neighborhood accompanied by the powerful 5.0 liter H.O. V8 which gave the Mustang GT very quick acceleration times for its era. And the GT’s 5.0 liter H.O. V8 was on the average a little more powerful than the Camaro Z28 and Camaro Iroc-Z’s 5.0 liter (305 cubic-inch) V8s. However when Chevrolet dropped in a slightly detuned version of the Corvette’s 5.7 liter (350 cubic-inch) V8 into the Camaro Iroc-Z starting in the 1987 model year, the Mustang GT no longer had the performance advantage. Ford quickly realized this and considered offering a 5.8 liter (351 cubic-inch) version of its small-block Windsor V8 in a super version of its Mustang. The 5.0 liter H.O. V8 was also a member of the Windsor small block V8 family. Both the 5.0 liter and 5.8 liter V8s looked nearly identical externally and weighed around the same weight. Both engines had a engine bore of 4.0 inches. The main difference was the 5.8 liter had a slightly taller engine deck height to accommodate a larger 3.5 inch engine stroke verses the 5.0 liter’s 3.0 inch engine stroke. Ford had the 5.8 liter V8 in its part inventory at the time and a 2-bbl carbureted version with a high performance cam was even available during this era in the full-size LTD Crown Victoria Police Interceptor. 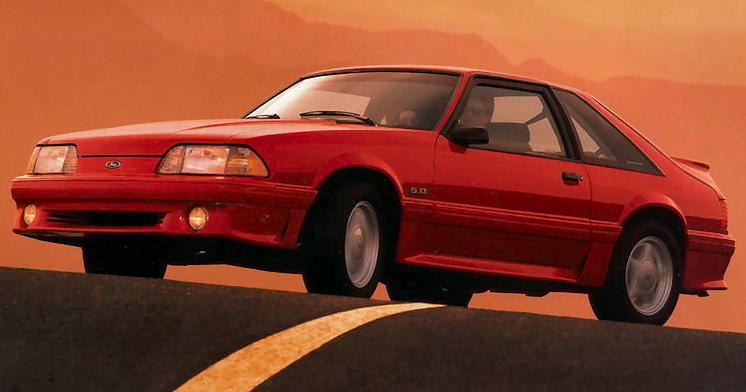 Ford could have easily offered in the Mustang GT a fuel-injected H.O. version of the 5.8 liter V8 using a lot of the 5.0 liter H.O. V8’s performance parts that would have generated a horsepower output of 260 to 300 horsepower and torque of somewhere between 330 and 365 lb-ft. As an example a 225 horsepower 5.0 liter H.O. V8 powered 1989 Mustang GT was capable in factory stock form of running the quarter mile in the mid-14 second range. A fuel-injected 5.8 liter H.O. V8 would have dropped this time into the high-13 second range which would have made the Mustang GT one of the fastest accelerating new cars in the world back in the day. Ford did eventually offer this engine in a heavier next generation Mustang model, the limited production 1995 Mustang SVT Cobra R. The 1995 Mustang SVT Cobra R’s 300 horsepower fuel injected 5.8 liter V8 made this car capable of a quarter mile time of 13.8 seconds at 102 mph.