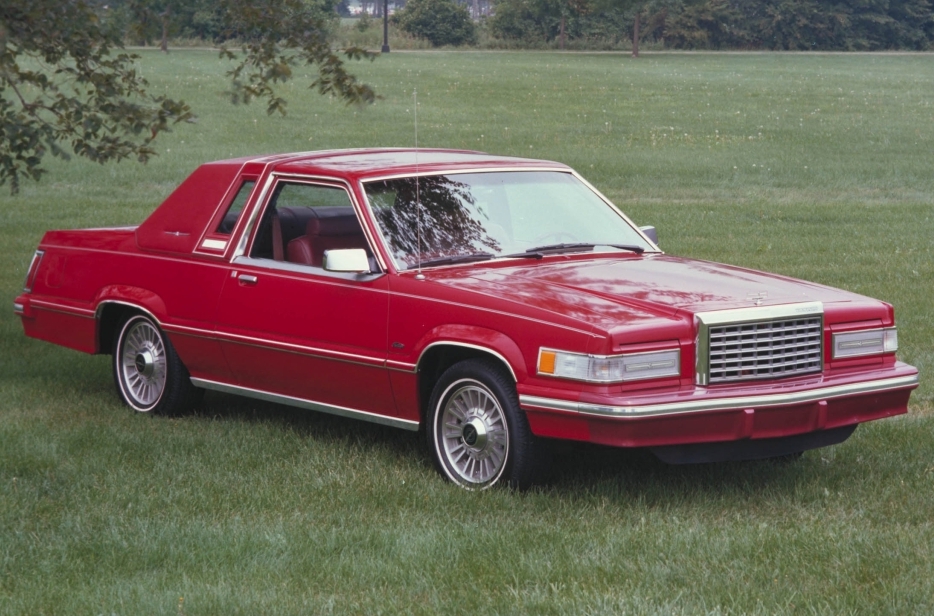 Ford had a profits bonanza with the seventh generation 1977-1979 Thunderbird which was based on the mid-size Ford Torino platform. It sold just under 1 million units in three models years which made it the most successful Thunderbird generation in terms of sales volume per year. Considering the seventh generation Ford Thunderbird was marketed as a luxury car and only had two doors, it’s amazing so many were sold. Ford like all the other American automakers at the time was under pressure due to the strict U.S. government Corporate Average Fuel Economy Standards to substantially increase fuel economy numbers. This meant downsizing its fleet and using lower displacement engines. The eighth generation 1980-1982 Thunderbird was based on the much smaller mid-size Ford Fairmont platform sometimes referred to as the Fox platform.

For 1980 there were three distinct Thunderbird models: the base Thunderbird coupe, the more upscale Town Landau coupe, and the top of the line Silver Anniversary coupe which was a special edition to commemorate the Thunderbird’s 25th birthday. For 1980, The Thunderbird may have shrunken in size but it had all the plush regal comfort and bells and whistles a luxury car buyer wanted. The 1980 Thunderbird was a glimpse of the future, with all its electronic gizmos it showed the buying public what features luxury cars would offer during the 1980s decade and beyond. There were all the available

power and convenience options – power windows, power door locks, power mirrors, power seats, an automatic climate control system, and all the other stuff previous Thunderbird model owners were used to. What was new were such optional items as automatic on and off headlights and a digital instrument cluster which included a digital fuel gauge and speedometer. There was also the optional high-end stereo/cassette with digital tuner with sound quality and features many cars would not have until a few years later. There was even an automatic garage door opener option integrated into the driver’s visor and a feature which many Fords buyers to this day continue to love – the push button keyless entry system. A newer version of this push button keyless entry system is even found in the $90,000-$100,000 2018 Lincoln Navigator. Even though there were different seating options from base seats to ultra plush seats, the most interesting was the front dual Recaro bucket seats option. 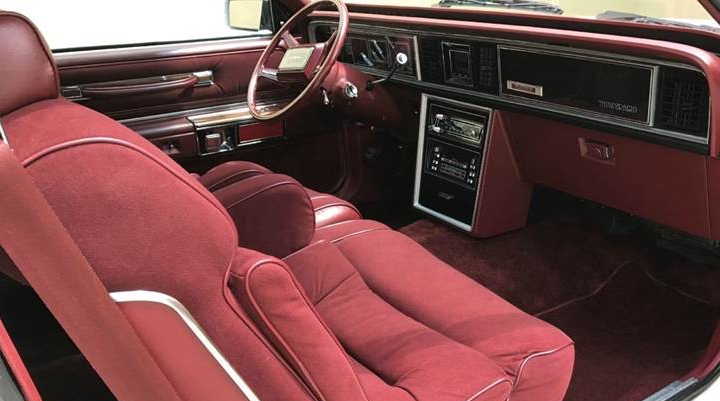 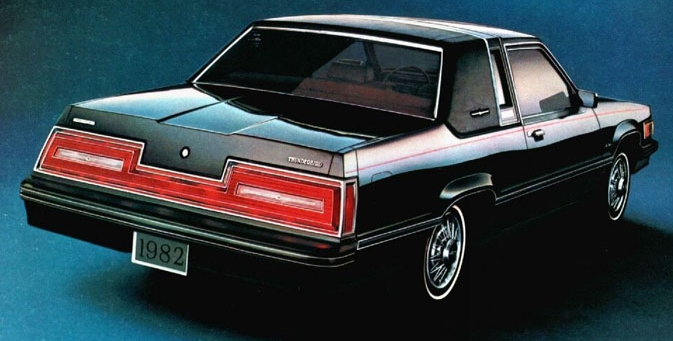 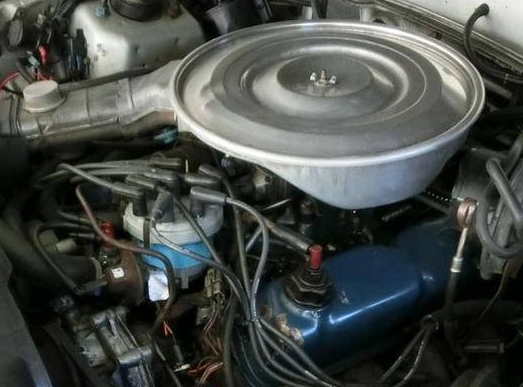 inch) V8, optional was a 131 horsepower 5.0 liter (302 cubic-inch) V8. Late in the 1980 model year a 3.3 liter (200 cubic-inch) straight six rated at 88 horsepower was available. All Three engines carried over unchanged for the 1981 model year with the 3.3 liter six now being the standard Thunderbird engine. All horsepower ratings remained the same except for the 5.0 liter V8 which dropped slightly to a 130 horsepower rating. For 1982 the 5.0 liter V8 was dropped, the 88 horsepower 3.3 liter six carried over unchanged, the 4.2 liter V8 now was rated at 120 horsepower, and a new 112 horsepower 3.8 liter V6 was available. The 1980-1982 Thunderbird was standard with a 3-speed automatic transmission and available with a 4-speed automatic transmission.

The 1980-1982 Ford Thunderbird offered a lot of technology and features for a reasonable base price which ranged anywhere from $6,432 to $12,742 depending on year and Thunderbird model. However by 1982, it was quite clear that the formal styling that had made the Thunderbird a big hit in the 1970s wasn’t what buyers wanted for the 1980s. Luxury and state-of-the-art electronic gizmos could only go so far, the Thunderbird needed a radical exterior restyle to keep it alive through the 1980s. For 1983 that’s exactly what the Thunderbird received, Ford gave it attractive new radical aerodynamic exterior and interior styling which increased Thunderbird sales and production thereby allowing the Thunderbird to not just survive but thrive during the 1980s.

In conclusion, the 1980-1982 Thunderbird is a car worth owning, it’s got all the modern luxury conveniences and electronic gizmos which are now found on most modern cars. It’s the type of car you can easily drive around town on a daily basis. Yet it’s got the formal luxury exterior styling of yesteryear which may have faded in popularity in the 1980s, but has become more popular today as nostalgia for these type of cars continues to grow.