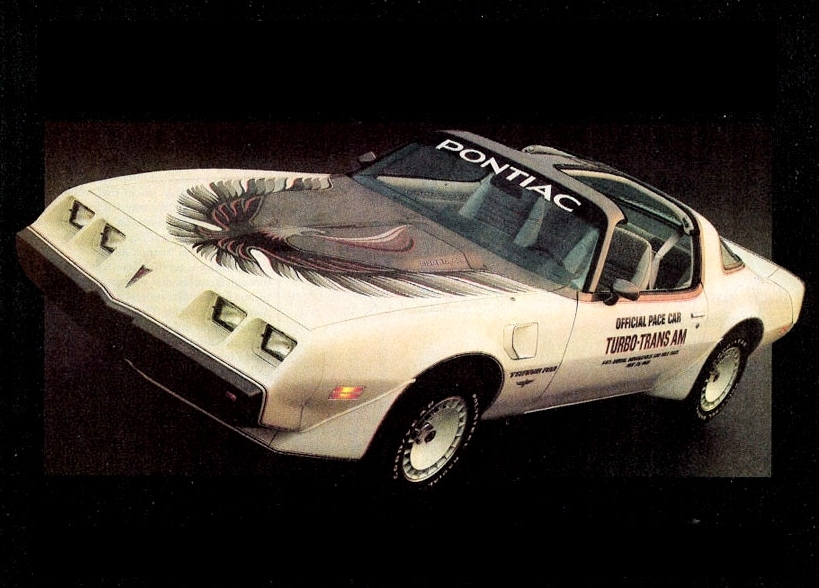 The Trans Am made a name for itself with its large displacement 400 and 455 cubic-inch V8s in the 1970s. When the last of these engines, the W72 400 V8, made its last stand for the 1979 model year, it wasn’t just a retirement party for the large displacement Trans Am but also for the large-displacement American muscle car since the 1979 W72 400 V8 equipped Trans Am was the last of its kind. It was the last large displacement muscle car with a 4-barrel carburetor and a performance engine tune. Hot Rod magazine back in 1979, obtained a 14.61 quarter-mile time at 96.67 mph with a stock W72 powered 1979 Trans Am. This performance time would have been mighty respectable back in the original muscle car era when high compression V8 engines without pollution control devices ruled the streets. The low-compression 1979 W72 Trans Am was equipped with a catalytic converter and all the other pollution control devices the late-1970s American market cars were equipped with. Not to mention the W72 Trans Am tipped the scales at a little over 3,800 lbs. So in other word the W72 Trans Am’s perfromance was Mighty impressive considering all the horsepower robbing pollution control devices and its heavy weight.The 1979 W72 Trans Am’s horsepower was underrated. NHRA rated the stock 1977-1979 W72 400 at 260 horsepower. Worth noting the W72 400 was standard in the 1977 Pontiac Can Am and optional in the 1977-1979 Firebird Formula and Trans Am.

With the EPA’s C.A.F.E. standards beginning to take effect and ever tightening federal emissions control standards, GM forced Pontiac to cancel the W72 400. For 1980, the only V8s left in Pontiac’s inventory were the 301 and 265 cubic-inch V8s. The 301 was the best choice for Trans Am duty starting in 1980. However even with a semi-performance engine tune, a free-flow dual outlet exhaust system, and a 4-bbl carburetor the most horsepower the 301 V8 could produce for 1980 was 155.

The Trans Am was extremely popular, a total of 116,535 total units were produced for 1979. The vast majority of these were equipped with Oldsmobile’s 185 horsepower L80 403 cubic inch V8 or in smaller numbers the W72 400 – both engines produced a whopping 320 lb-ft of torque. A 150 horsepower and 240 lb-ft of torque 301 V8 was on the engine option list for the 1979 Trans Am but there were very few takers. Even for 1980, the Trans Am was still a big heavy 2+2 performance car, and a 301 even in mild performance tune wasn’t going to keep Trans Am buyers happy who were accustomed to the lots low-end torque and good horsepower numbers which the poor 301 couldn’t provide.

Fortunately Pontiac had anticipated this situation and reacted accordingly by offering as the 1980 Trans Am’s top performance engine, a turbo version of the 301 called the LU8, it had 4.9 liters of displacement and produced 210 horsepower and 345 lb-ft of torque. It was a stroke of genius, it was a way Pontiac could provide large displacement like horsepower and torque from the small displacement 4.9 liter V8. On paper it looked like the perfect performance engine however in practice it fell a little below expectations which wasn’t the LU8 Turbo 4.9 liter’s fault. Part of the problem was the W72 which the LU8 replaced was underrated. Comparing the LU8 to the W72, horsepower and torque numbers appeared to be in the same neighborhood where the LU8 was only 10 horsepower less than the W72. In reality it was at least 50 horsepower less. When it came to torque the LU8 fared much better when compared to the W72, its 345 lb-ft was available at a very low 2,000 rpm whereas the W72’s 320 lb-ft wasn’t available until 2,800 rpm. However since the LU8 was a turbo engine, there was a little turbo lag so in reality the W72’s torque output felt superior during most driving conditions. An auto journalist back in the day summed up the LU8 perfectly by saying it felt more like a 350 cubic-inch V8 which was a 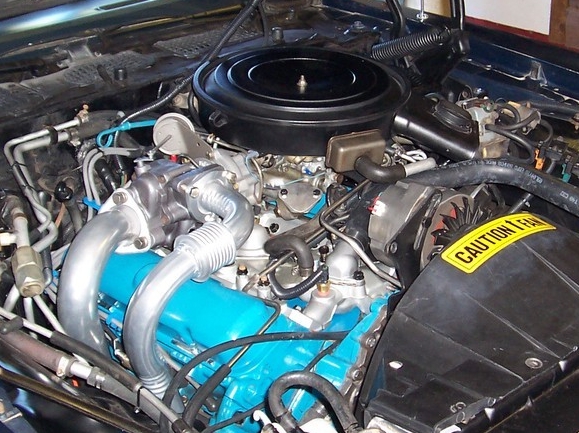 For those Trans Am owners who were used to the more powerful Trans Ams of the 1970s, the Turbo Trans Am was a letdown. However in comparison to all other American performance offerings of 1980, the Turbo Trans Am was top dog. Most new performance cars in 1980 had well under 200 horsepower. The best that the 1980 Chevrolet Camaro Z28 had was a 5.7 liter V8 rated at 190 horsepower and 280 lb-ft of torque. The best the 1980 Ford Mustang had to offer was a 2.3 liter Turbo 4 cylinder rated at around 132 horsepower and 143 lb-ft of torque. Hot Rod magazine test drove a stock 1980 Turbo Trans Am which ran the quarter-mile in 16.3 seconds at 86.78 mph. This was really fast for 1980, but took 1.6 seconds longer and was 10 mph slower in the quarter-mile than the W72 Trans Am Hot Rod tested the year before. The LU8 engine option would return for 1981, however horsepower and torque dropped slightly to 200 horsepower and 340 lb-ft of torque.

Even though the LU8 was available on the 1980-1981 Firebird Formula, it will be remembered for being the top performance motor of the 1980-1981 Trans Am. The LU8 had a Garrett TB305 turbo which forced air through a Rochester Quadrajet 4-barrel carburetor. Had a electric port type fuel injection been offered instead of the carburetor, the LU8 would have had much better performance numbers. Carburetors were too antiquated to take full advantage of the forced air from a turbo. In other words Pontiac did the best it could with the technology available at the time. The real genius of the LU8 was it provided for its day good horsepower and torque which managed to make the Trans Am one of the fastest American cars available during its time while also providing great reliability and excellent fuel economy numbers for a V8. In other words Pontiac with the LU8 managed to make a reliable fuel efficient V8 which kept performance fans happy back in 1980 and 1981. 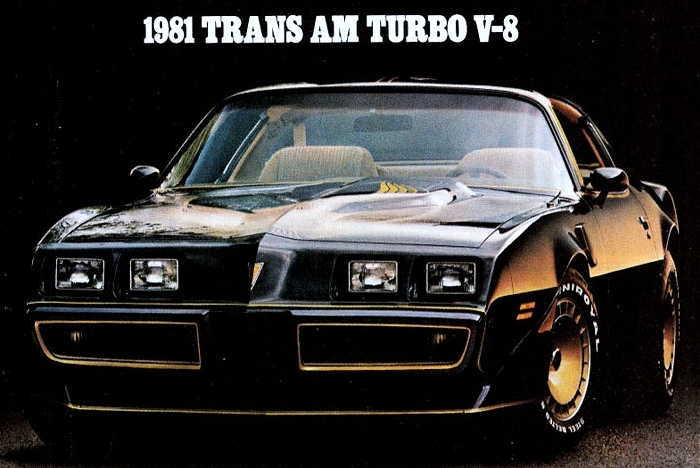 many after it had better performance numbers. Don’t let the numbers fool you, the Turbo Trans Am is a desirable car for any car collector. It’s one of the best Trans Am body styles ever produced and many were equipped with lots of options such as power windows, power door locks, tilt-wheel, air-conditioning, T-top roof panels, etc. Where a 1980-1981 Turbo Trans Am could be had in mint condition for well under $10,000 not too long ago, now that is no longer the case. These cars are beginning to skyrocket in value just like previous Trans Am models so they present great future return on investible potential. Another aspect of their growing appeal is that these Turbo Trans Ams were the last of their kind – the last of the awesome second generation Tran s Am body-style and the last Trans Am to have a Pontiac V8 under the hood. Starting in 1982, the Pontiac 301 was gone, cancelled by GM which left the Trans Am to soldier on with Chevrolet derived small-block V8s.