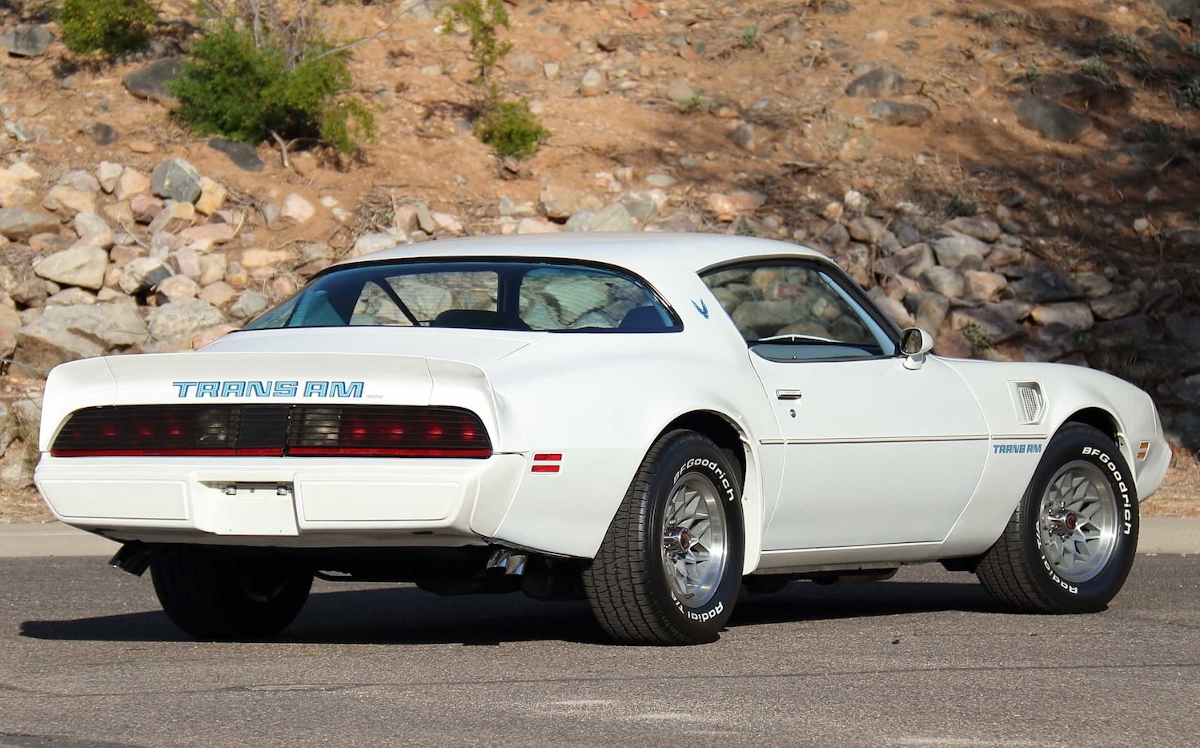 By the late-1970s the Pontiac Trans Am was the only performance car left with engines in this engine displacement range. Worth noting, its more conventional brother the Firebird Formula could be ordered with these same Trans Am engines during this time. The Trans Am was technically a pony car since it competed with the Ford Mustang. However since the departure of Pontiac’s once top muscle car the GTO, the Trans Am took over that role as Pontiac’s top muscle car.

At the end of the 1978 model year, GM cancelled production of Pontiac’s large displacement 400 cubic-inch V8. The only other V8 engine Pontiac had in it’s inventory was the 301 cubic-inch (4.9 liter) V8 which ironically was a very rare engine delete option that was available on the 1979 Trans Am which discounted the sticker price by $195. This was the first time the Trans Am would have an engine option that was not a large displacement V8. The 301 V8 was a popular engine that had been around since the 1977 model year, it had decent power and good fuel economy for this era. Starting in 1980 the Trans Am would only be available with low displacement V8s which consisted of two 301 V8 options and a Chevrolet 305 (5.0 liter) small-block V8 option. 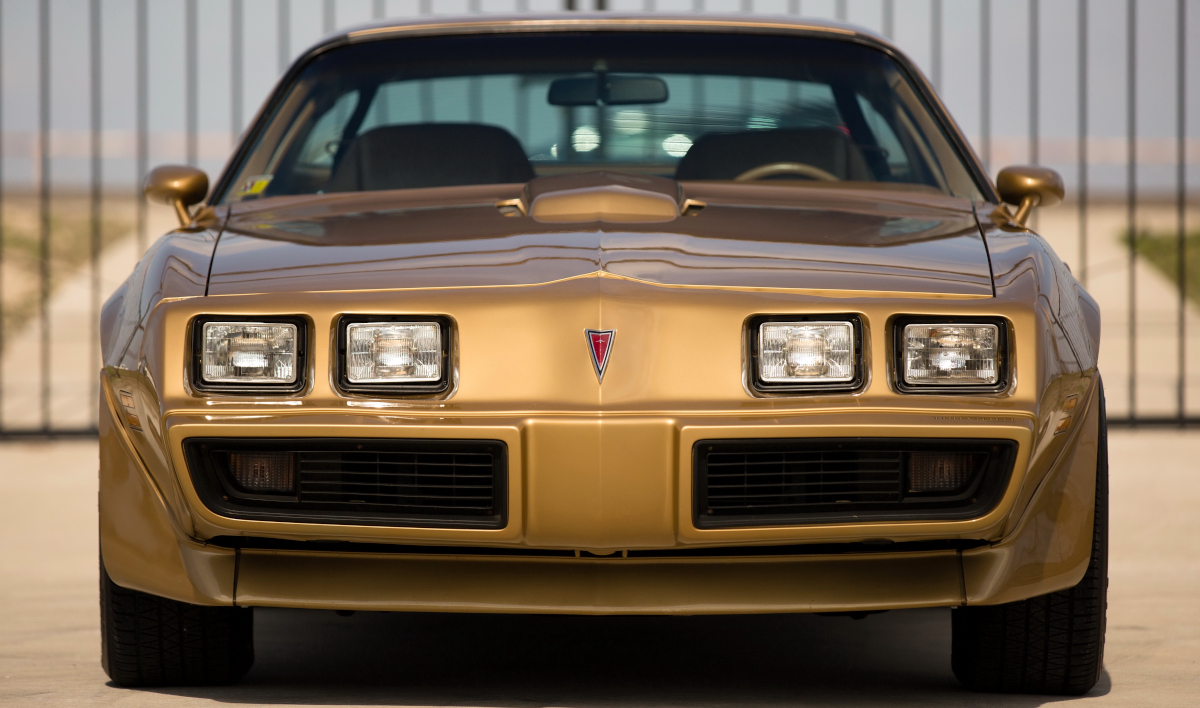 However the good news was more than 97% of the 116,535 1979 Trans Ams produced had a large displacement V8. The standard engine in 1979 Trans Am was Oldsmobile’s 6.6 liter (403 cubic-inch) small-block V8. It was rated at 185 horsepower and 320 lb-ft of torque. It was equipped with a Rochester Quadrajet 4-barrel carburetor just like many of GM’s muscle cars during the golden era and it was mandatory with a 3-speed automatic transmission. Even if this was as good as it got for the 1979 Trans Am, the 403 V8 equipped Trans Am had more than enough power where it would have been remembered as a true contender of this era. 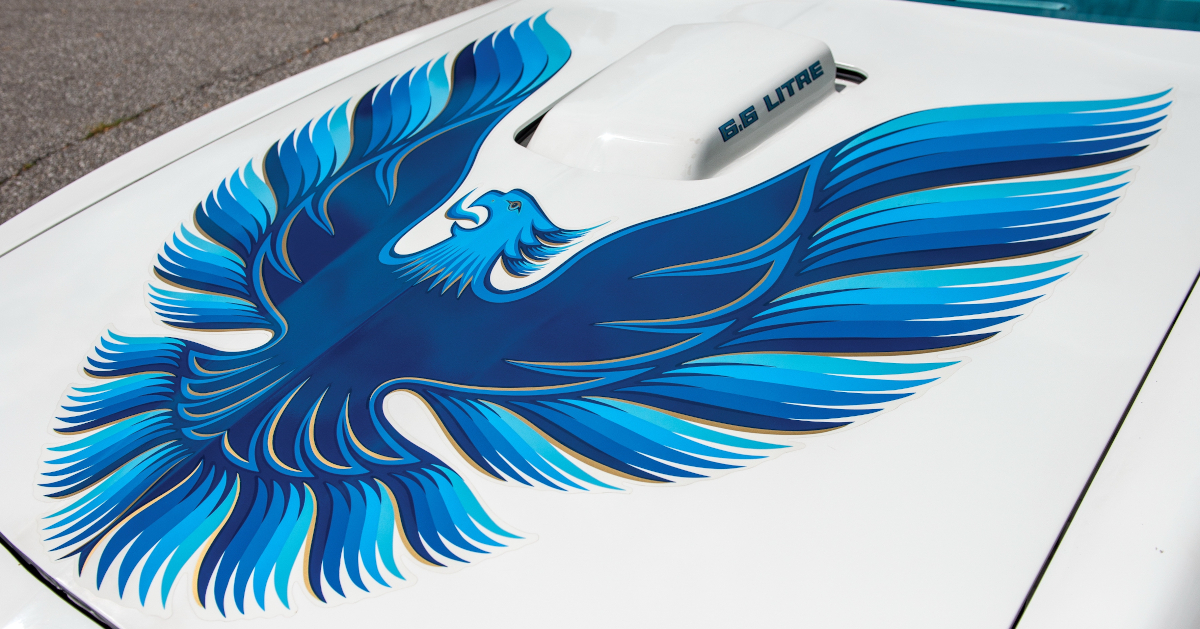 The W72 400 cubic-inch high-performance V8 had a 800 cfm 4-barrel carburetor, a performance oriented camshaft, free-flow heads, and other performance goodies. It also was accompanied by a 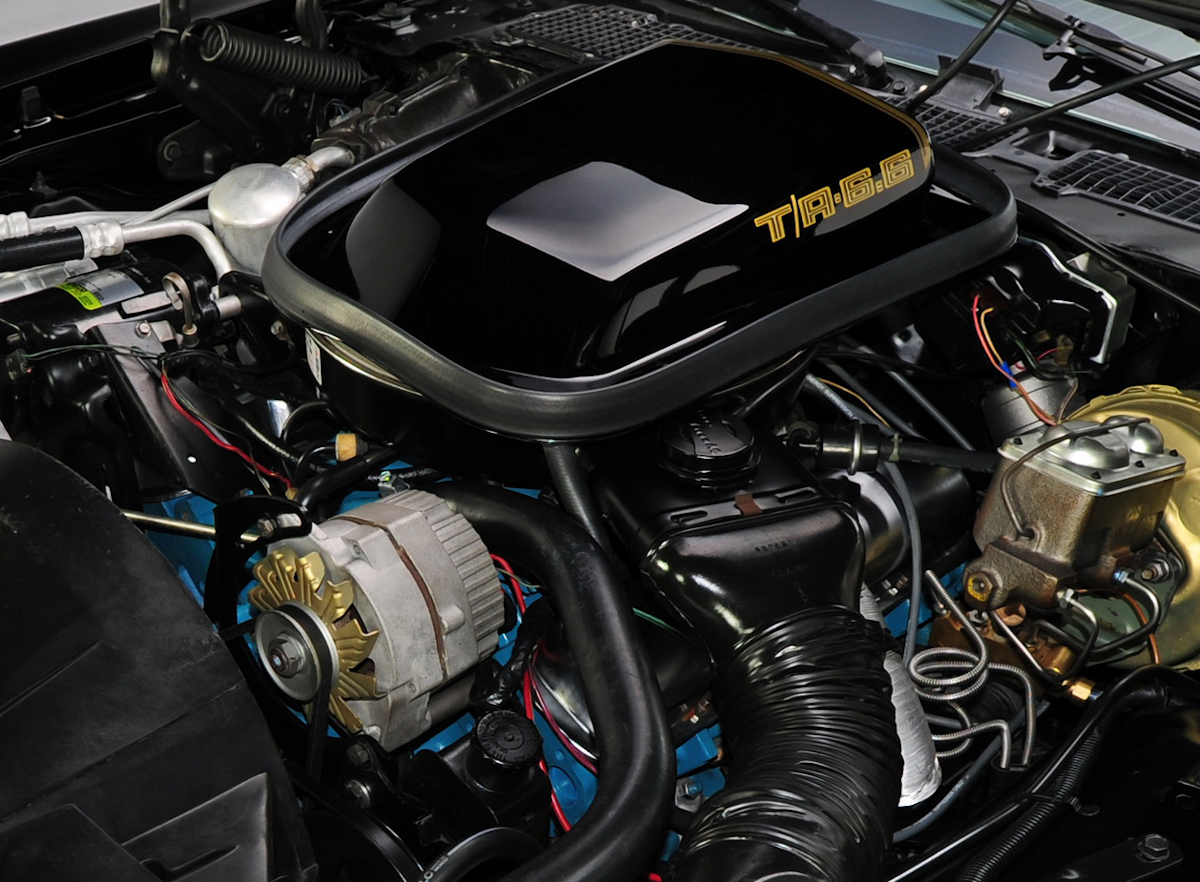 mandatory Borg and Warner Super T10 4-speed manual transmission which came factory equipped with a Hurst shifter and a performance oriented 3.23 limited slip rear axle. It also was standard with the Trans Am’s WS6 handling package which consisted of 4-wheel disc brakes, a close ratio steering box, and one of the best tuned handling suspensions of its day. The heavy 3,800-lb W72 400 equipped Trans Am was very fast and had the handling and braking that could match the best European sports cars of this era. Both the Oldsmobile 403 V8 and Pontiac W72 400 V8 equipped Trans Ams had a dual resonator exhaust system which had twin splitter chrome exhaust pipes on each side of the vehicle behind the rear wheels.

The 1979 Trans Am’s W72 400 V8 was factory rated at 220 horsepower which was about 15% less than its true power output. The National Hotrod Association (NHRA) saw the discrepancy immediately and 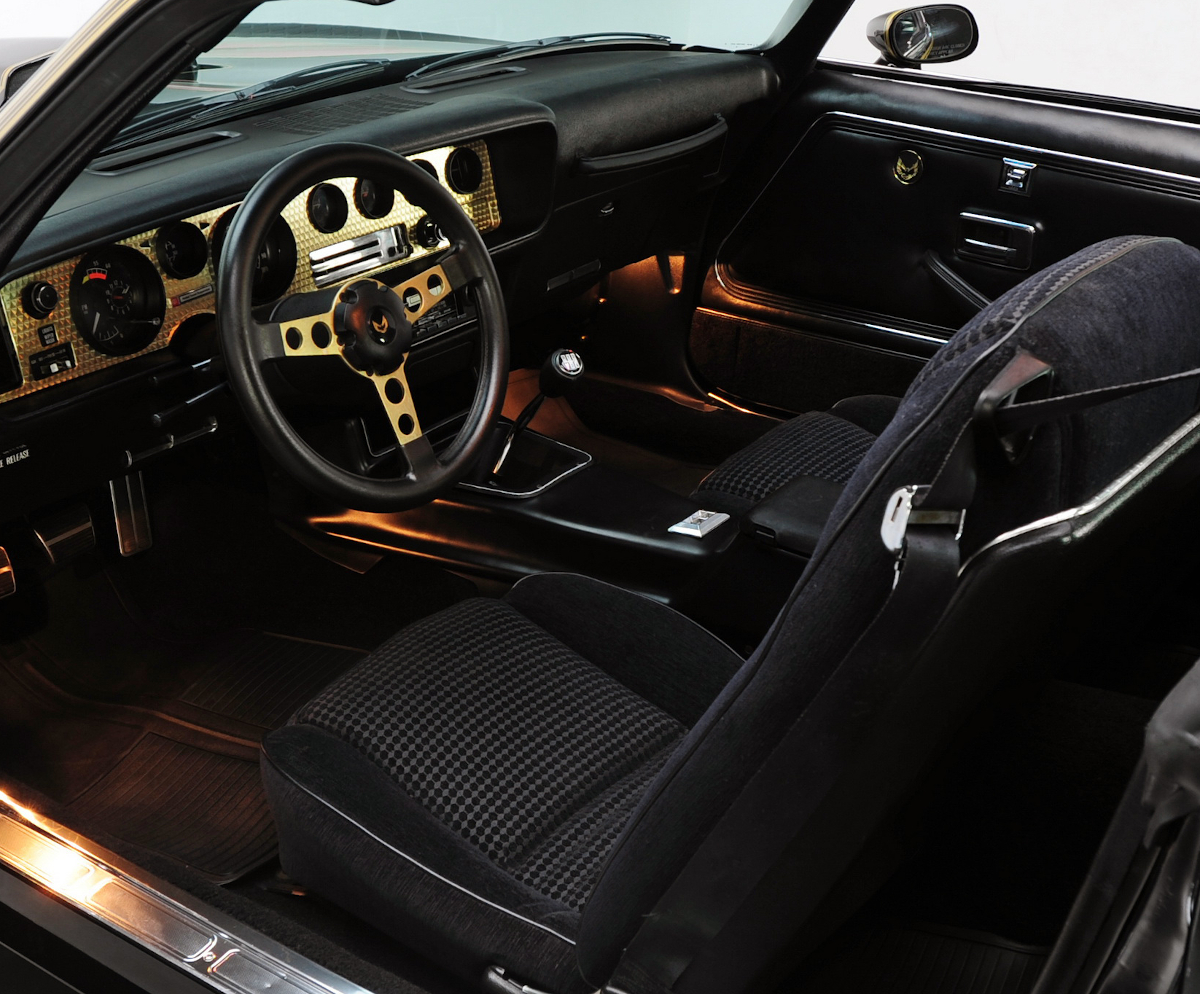 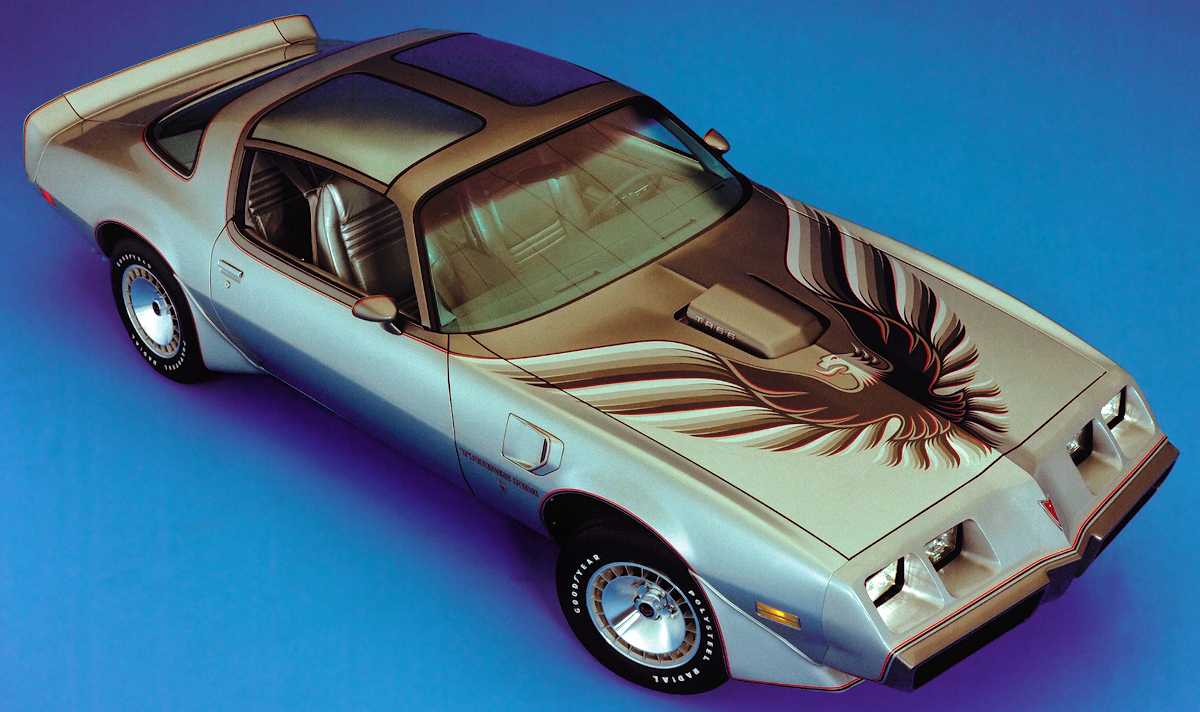 Pontiac was the last automaker to deliver a true traditional muscle car performance package with the W72 1979 Trans Am. It would be the last muscle car to have all the key elements of a golden era muscle car. When the last W72 400 equipped Trans Am rolled off the assembly line near the end of the 1979 model year, the original golden era of the muscle car was officially over.