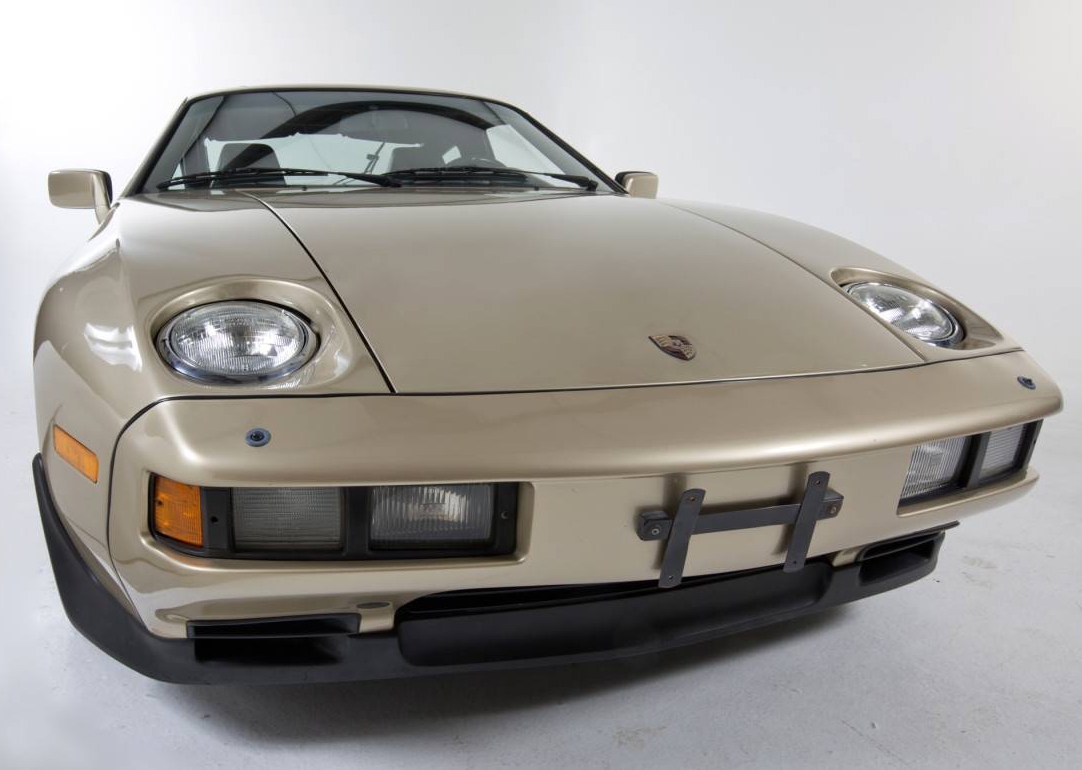 Over the last little more than a decade the Porsche brand has really grown with current sales better than ever. During this period of time to augment it’s sports car offerings there’s been the introduction of SUV models and even a 4-door sedan. However this isn’t the first time Porsche has had a big market growth spurt. During the 1970s to the mid-1980s Porsche was going through a sales uptick period especially in the U.S. market. The pinnacle was 1986 when Porsche sales were a whipping 30,471 units in the U.S. market. After that sales saw a massive decline year-by-year until sales reached a low point of only 3,729 units for the U.S Market for 1993. This was 10% of 1986 sales. Porsche was able to turn things around but it wouldn’t be until 2004 that sales would go back to 1986 levels in the U.S.

A contributor to Porsche’s sales success during the early-to-mid-1980s was its flagship sports car model the 928. The 928 was conceived in the 1970s to be the replacement for the aging rear-engine 911. Fortunately Porsche later decided instead of cancelling the 911, to give it another update in 1984 when Porsche replaced the 911 SC with the 911 Carrera. It proved to be a wise choice since 911 sales saw a nice uptick. Before the 20th century was over the 928 was gone but 911 production continues to this day. 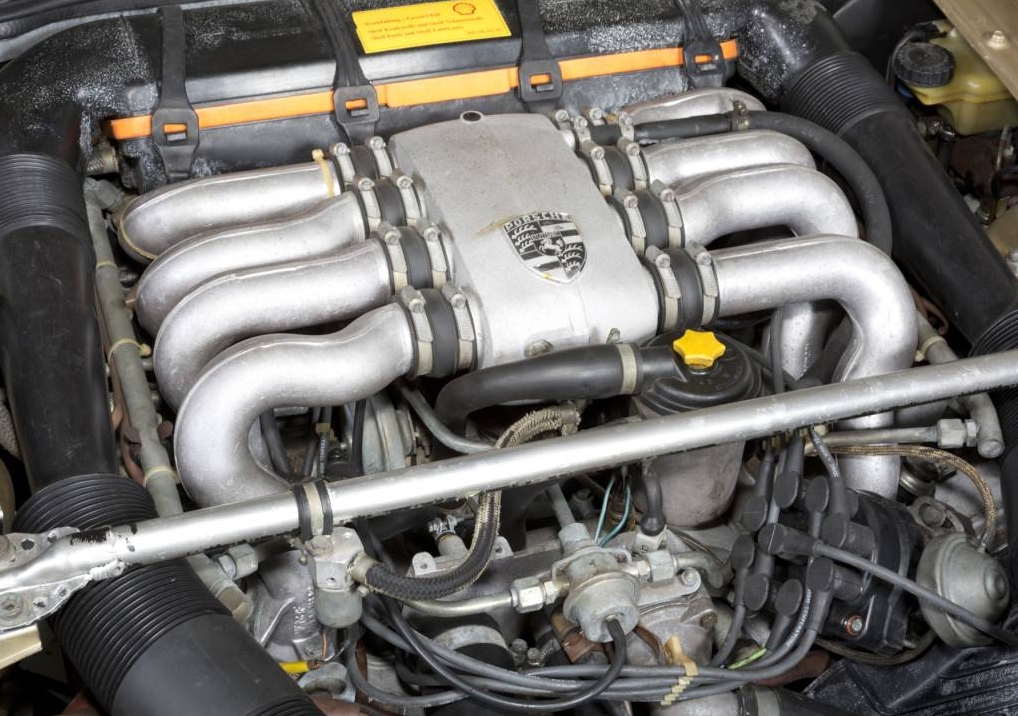 Germany’s version of the Pontiac Trans Am which also had seating for 4 and was V8 powered. Both the Trans Am and 928 had a muscle car style V8 exhaust note and great handling. The 1978 928 went 0-60 mph hour in 7.5 seconds while the 1978 Pontiac Trans Am equipped with the optional 220 horsepower W72 6.6 liter V8 went 0-60 mph in 6.6 seconds. The Trans Am at the time was a modern version of a golden era muscle car, its W72 V8’s horsepower rating was underrated by Pontiac. The 928, which used the muscle car formula of a rear-wheel drive front-engine platform powered by a gutsy V8, was the way of the future. Its V8 powered a rear transaxle via a flexible propshaft. It had a four wheel independent suspension and four wheel disc brakes. Its 4.5 liter V8 was an aluminum engine block and was a 16-valve SOHC design and produced 219 horsepower. Most American V8s at the time were old school push rod V8s which were made of heavy cast iron. Add to that the 928’s V8 had port fuel injection, most cars in the U.S. still used carburetors at the time. Horsepower and displacement would gradually increase until 1985 when the 928’s aluminum V8 grew to 5.0 liters of displacement and received 32 valves and dual overhead cams for the U.S. Market, horsepower was up to 288. Eventually displacement for the 928’s DOHC aluminum V8 would reach 5.4 liters and for it’s last year of production, 1995, horsepower 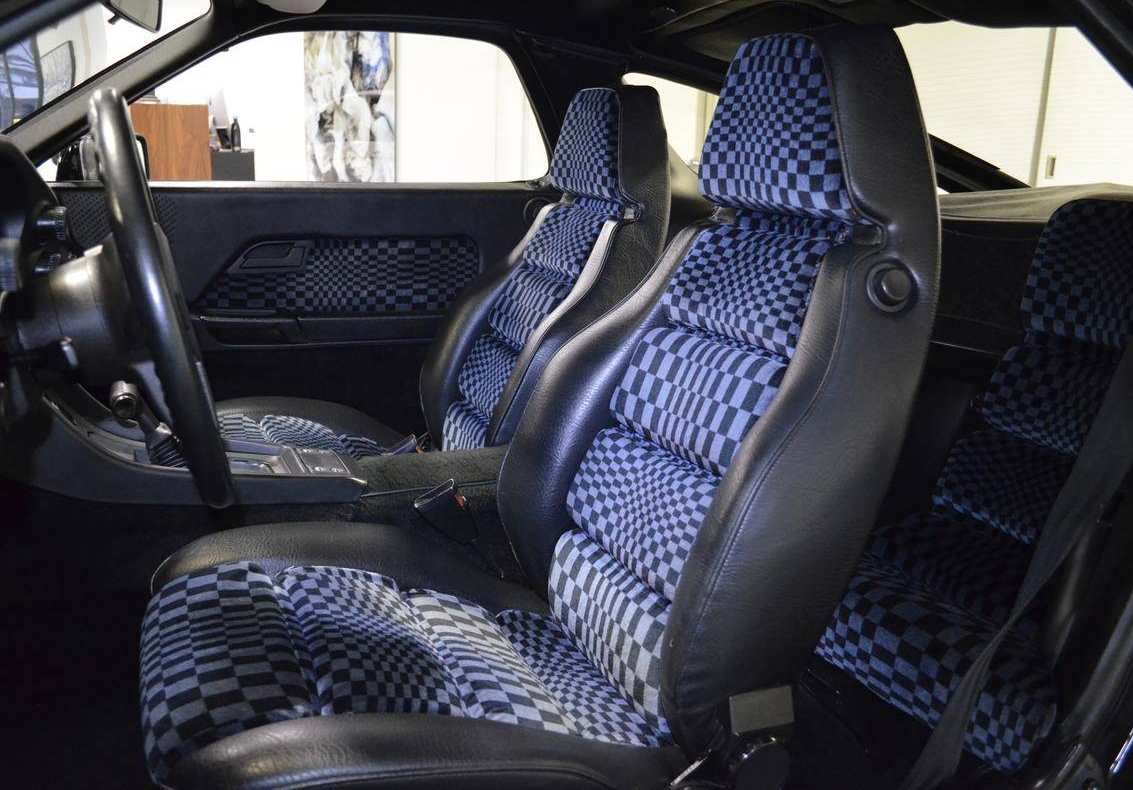 Though the 928 had world class performance and handling, it was a true luxury high-performance sports car where the occupants were showered with luxury appointments. Even an optional automatic transmission was available for those executive types who didn’t want the standard manual transmission. Though the 928 early in its production life was available with both upscale cloth seats and leather seats, eventually leather seats became mandatory. What kept many performance fans from owning a new 928 was its high price tag, starting in 1978 its base price in the U.S. was $28,500 and for 1995 a 928 GTS had a base price of $82,260. Even with the high price, the 928 was worth owning, it was one of the best looking sports cars on the road. It’s sleek beautiful styling was so ahead of its time when it was released in 1978. This unfortunately also had adverse consequences, since Porsche never saw the need to change the basic exterior styling of the 928 during its almost 20 years of production. Only very slight front, rear, and other updates occurred. Even its trademark round pop-up headlights remained the same during its entire production cycle. Same was true with its beautiful ultra modern interior which remained essentially the same over its entire production life with only a few mild updates being the exception.

Even when Porsche cancelled the 928 when 1995 928 GTS production came to a close, the 928 wasn’t stale, it was still a fast and relevant sports car. The 928 platform was so good that it should still be produced today. Porsche should have replaced the 928 with a newer car that was based on the 928 platform. If it had, the 928 or its successor would still be around today. Even today the 928 is very popular, the later more powerful 928 models are more expensive on the collector car market whereas the earlier models border on being dirt cheap. Overall the 928 was a reliable car if regular maintenance was performed. Parts can be a little pricey but that’s to be expected of a exotic car brand like Porsche. If you want to own a classic exotic sports car for a reasonable price, the 928 is your car. The 928 is pure bliss to drive, its a fun car with great V8 performance and sound, great handling and road feel, and an ultra comfortable interior – all combined into one great looking package. In summary the 928 was Germany showing America it too could produce an American style modern muscle car.