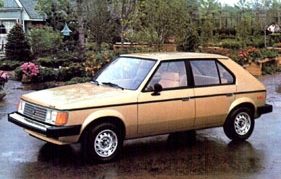 Car historians will credit the Chrysler Corporation’s introduction of the front-wheel drive K-car for the 1981 model year as the main turning point for Chrysler after its 1980 Government financial bailout. This would indeed be true but only partially, Chrysler’s compact front-wheel drive L-platform which was first introduced for the 1978 model year and lasted through the middle of the 1990 model year was also a big turning point. It beat the K-car to market by 3 model years and proved there was a strong market in the U.S. for front-wheel drive compact cars. The most well known of the L-cars is the 1978-1990 Dodge Omni.

When the Dodge Omni and its Plymouth brother the Horizon were released for the 1978 model year, it was a new direction for 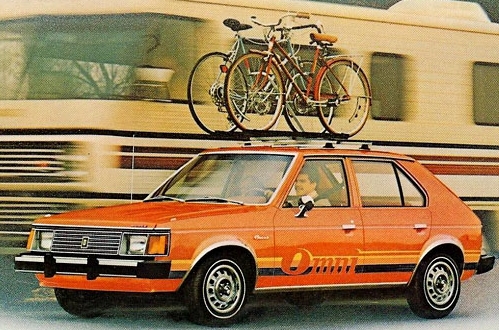 Chrysler. It was Chrysler’s first American market front-wheel drive car and it beat GM’s compact front-wheel drive X-body platform to market by two model years. The Dodge Omni and the other L-cars weren’t plagued with the quality control problems that GM’s X-cars had after their introduction. The L-car platform was based on the Chrysler Horizon, Simca Horizon, and Talbot Horizon which were all developed by Chrysler’s European division for the European market. Essentially it was just one European Horizon sold under different brand names. The U.S. market 1978 Dodge Omni and 1978 Plymouth Horizon both had more Americanized exterior and interior styling than the European Horizon even though they all shared the same basic overall exterior and interior design. With the Omni, Dodge kept it simple – a buyer got four side doors and a rear opening hatch which was mostly comprised of glass. Dodge never offered a 2-door Omni, instead it offered a front-wheel drive L-car with slippery sports car type bodywork in a 2-door with a rear hatch configuration and called it the Omni 024 which debuted for the 1979 model year. In a few model years it was renamed the Dodge Charger and lasted through the 1987 model year.

The 1978 Dodge Omni and 1978 Plymouth Horizon also had a more powerful and much larger displacement 4-cylinder engine than the European Horizon. Chrysler at the time didn’t produced a 4-cylinder engine for the U.S. market, so it used a Volkswagen SOHC 1.7 liter 4-cylinder engine. It was available in the 1978-1986 Dodge Omni. The 1978 Omni with the 1.7 liter produced 75 horsepower and produced 70 horsepower when sold in the California market. It wasn’t as slow as it looked on paper, it had a curb weight of only 2,145 lbs. When equipped with a 4-speed manual transmission it had spirited acceleration but when equipped with a 3-speed automatic was substantially slower when accelerating. A few model years later a 5-speed manual would be offered. However the main purpose of the Omni wasn’t swift acceleration but great fuel economy, on the highway it was capable of up to 39 mpg which at the time was mighty impressive. From 1981-1990, a normally aspirated Chrysler built 2.2 liter 4-cylinder engine was available in the Omni, it was rated between 84 and 110 horsepower. From 1983-1986 there was a less powerful more fuel efficient Peugeot sourced 1.6 liter 4-cylinder engine available. 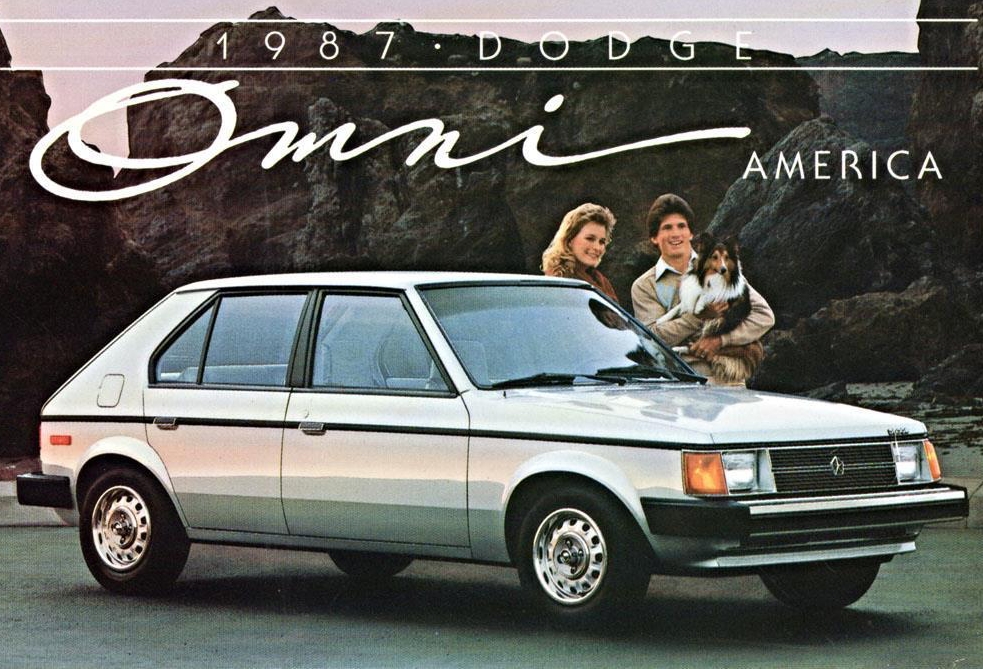 Carroll Shelby during the 1980s worked with Chrysler to convert a few of their cars to genuine performance cars. One of those cars was the 1984-1986 Omni GLH, which had a 2.2 liter 4-cylinder with 110 horsepower and a mandatory 5-speed manual transmission. The GLH when

compared to the regular Omni had improved handling and braking. It was good for 0-60 mph in 8.7 seconds and averaged .83 g in the skidpad handling test. The GLH was fast and had great handling for its day. However Shelby didn’t stop there he offered a more potent 146 horsepower turbo 2.2 liter 4-cylinder with a mandatory 5-speed manual in the 1985-1986 GLH which was called the GLH-T, it made the regular GLH seem slow by comparison. And for 1986, Shelby offered the ultimate GLH called the GLHS which had a standard 175 horsepower turbo 2.2 liter 4-cylinder and a 5-speed manual. It had a top speed of 152 mph and went 0-60 mph in a super quick 6.7 seconds but the real treat was brand new it only cost just a little over $11,000, the GLHS was a downright bargain. Even the most picky of performance car fans back in the day had to admit the GLHS was a must own car for any performance car fan.

Dodge proved with the Omni that the U.S. could produce a very affordable, reliable, fuel efficient, and good looking compact front-wheel drive car. Omni production over it’s 13 production year run almost hit 1,000,000 units. Chrysler’s big mistake was not offering a second generation Dodge Omni and Plymouth Horizon before the 1980s decade ended. The Dodge Omni was the right car at the right time and it helped to save Chrysler from financial destruction.