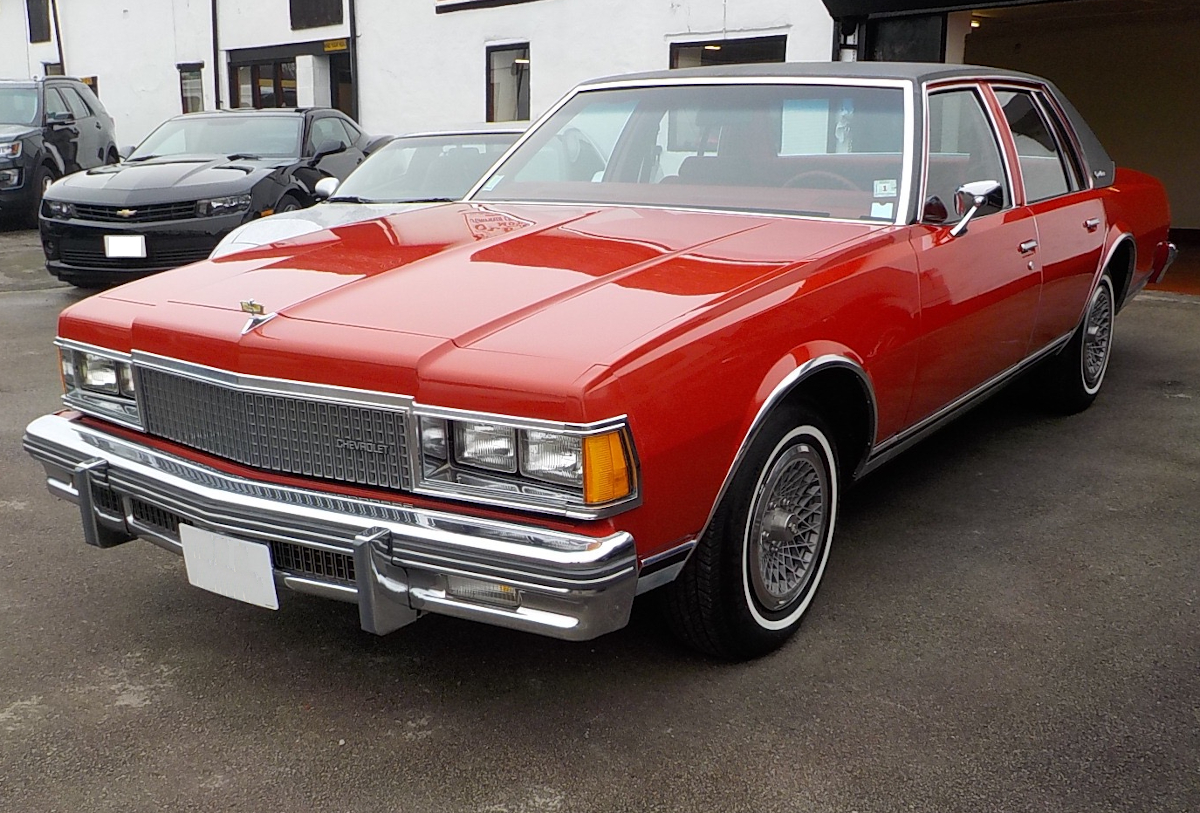 There was a time when full-size cars were the best selling vehicles in the U.S. market, today the best selling new vehicle is the Ford F-150 pickup truck. By the 1970s Chevrolet’s best selling full-size car models were the Impala and the more upscale Caprice. By 1976 both the Impala and Caprice were very large cars. The 1976 Caprice had a length of 222.9 inches, a width of 79.5 inches, a wheelbase of 121.5 inches. It also had a heavy curb weight of 4,300 lbs. The 1976 Caprice was popular among the buying public, its very sporty and stylish lines had its share of charisma.

Chevrolet wanted its all new and downsized full-size luxury car for 1977, the Caprice to be a big success. For the 1977 model year the full name of the Caprice was “Caprice Classic”. Chevrolet’s tough task of designing the smaller full-size Caprice was not letting down its loyal customer base that were used to the attributes of the previous even larger Caprice. These included the big luxury car ride characteristics, lots of interior space, lots of trunk space, and a torquey V8 under the hood. Chevrolet engineers spent a lot of time engineering and designing the 1977 Caprice and the more budget oriented 1977 Impala and what would emerge would be a new kind of full size car.

The 1971–1976 Caprice though a big car had appealing rounded styling. The 1977 Caprice was the polar opposite, its exterior styling was extremely squarish when compared to its predecessor. It had of the state-of-the-art and very modern looks that made most 1977 model year cars look very dated in comparison. The 1977 Caprice 4-door sedan’s more 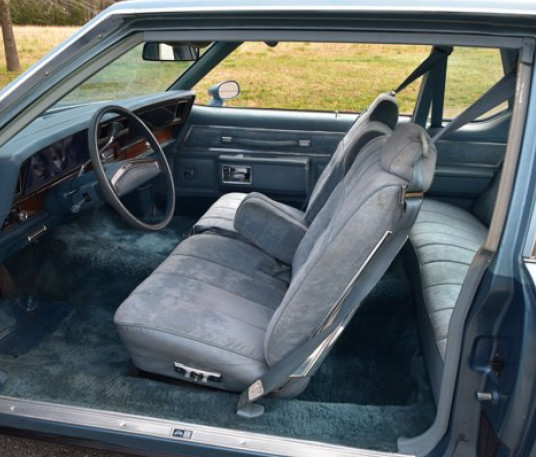 reasonable large car length of 212.1 inches gave the car perfect symmetry and was almost almost one foot shorter than the 1976 Caprice. Overall the 1977 Caprice was much smaller than the 1976, the 4-door sedan weighed in at a very light 3,600 lbs which was 700 lbs lighter than the 1976 Caprice 4-door sedan. Surprisingly even with the substantial downsizing the 1977 Caprice’s trunk space was 20.2 cubic feet which was larger than the 1976 Caprice’s trunk space. Due to the 1977’s improved interior headroom and rear passenger leg room, overall interior space was larger than 1976. The interior was very luxurious for a Chevrolet when the special custom cloth interior was ordered and there were many luxury and convenience options also available. The interior and dash design were very modern and attractive. 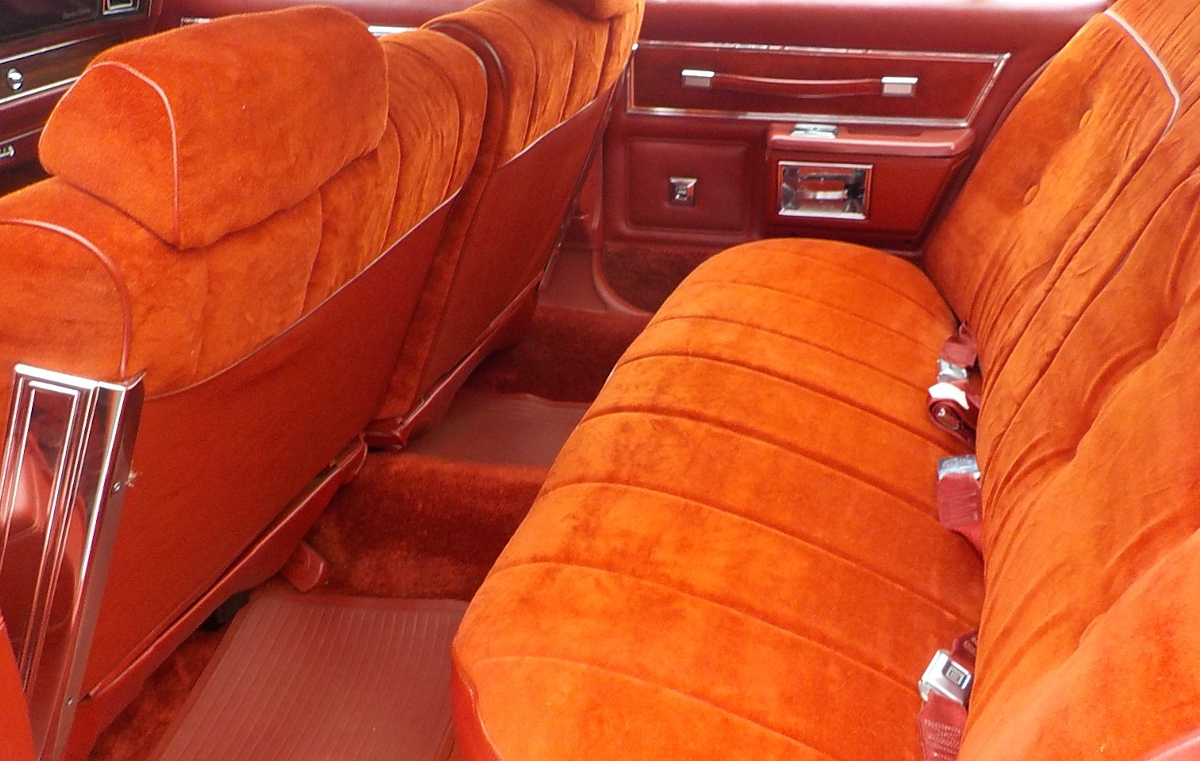 The 1977 Caprice Classic was available in three iterations: 4-door sedan, 2-door coupe, and a 5-door station wagon. All had a 116 inch wheelbase. The 1977 Caprice coupe had the sedan’s squarish styling however it had a semi-fastback rear window, which gave it a very sporty look. The 1977 Caprice wagon measured 215.7 inches in length and it also had squarish styling. Unfortunately the popular glide-away retractable rear tailgate from the previous year Caprice wagon was history for 1977, a more conventional side-opening door replaced it. The good news was the previous year wagon’s forward facing third row seat was now a rear facing seat which was a popular station wagon trend at the time. 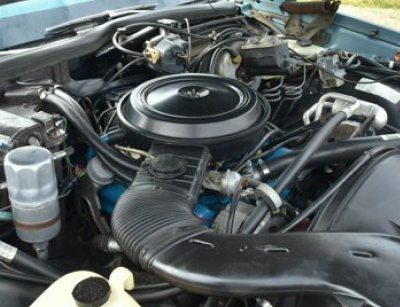 Where the 1977 Caprice really differed from its predecessor was in the area of handling. It had a nice luxury car ride however its handling rivaled some of the world’s best handling performance cars at the time when equipped with the optional F41 handling package which had special springs and shocks, a rear anti-roll bar, and a larger front anti-roll bar. Motor Trend magazine in its February 1977 issue obtained a .808 g figure on the skidpad handling test with a F41 equipped Caprice. As a comparison Car and Driver magazine in its March 1977 issue obtained a .77 g skidpad figure with a 1977 Porsche 911S. Surprisingly the great handling F41 Caprice still had all the all best ride qualities of a luxury car suspension.

The 1977 Caprice was a big gamble for Chevrolet and GM but it paid off, it was the most successful car downsizing in automotive history. This new smaller full-size Caprice had longevity and popularity that not even Chevrolet back in 1977 could have ever predicted. Motor Trend magazine gave the 1977 Caprice its prestigous Car of the Year Award. 1977 was also the first time the Caprice outsold the Impala and it was one of the best selling cars of 1977. The 1977 Caprice body style and design lasted 14 model years with only very minimal periodic updates before it was replaced by the radically redesigned 1991 Caprice which was built on the same platform as the 1977 Caprice.