1977 Chevrolet Camaro Z28 – When Performance Returned to the Camaro 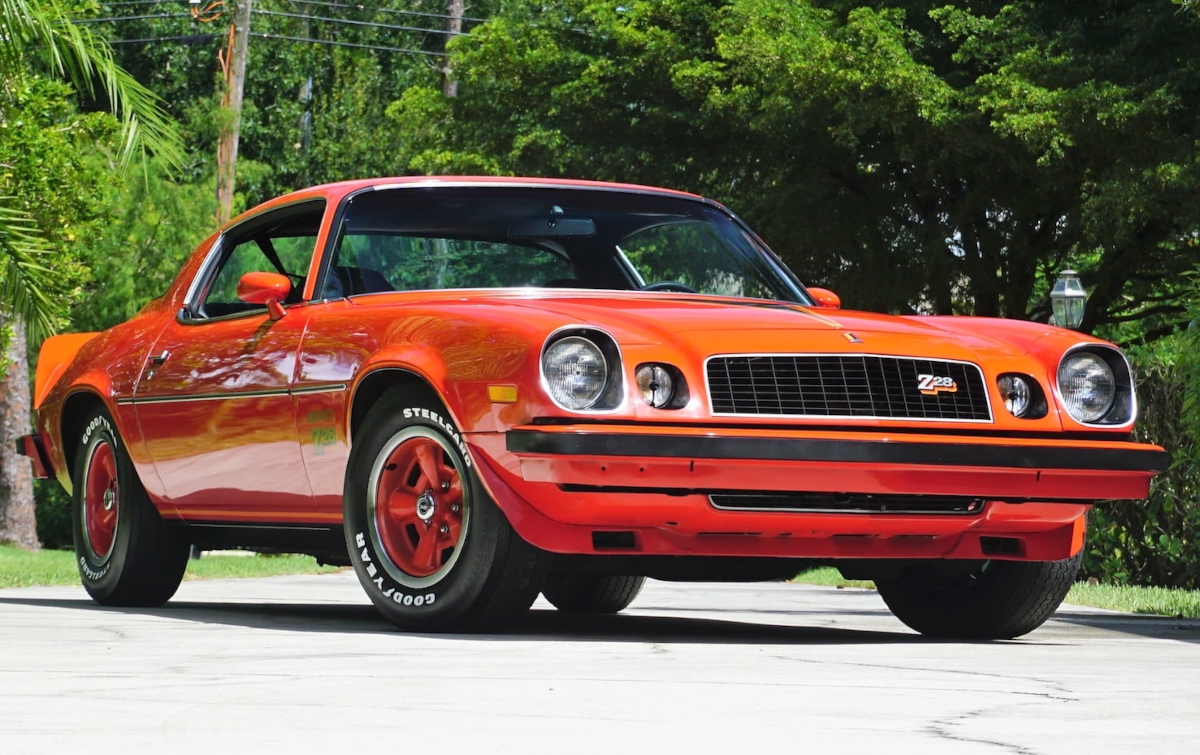 The second generation Chevrolet Camaro made it’s debut for the 1970 model year. That year the Camaro Z28 was Chevrolet’s premier Camaro performance model having a higher base price than even the 1970 Camaro SS. The Camaro Z28 continued to grow in popularity until Chevrolet cancelled the Z28 for the 1975 model year. This was a terrible news to performance oriented Camaro fans. Chevrolet considered the Z28 to be out of touch in the new era of the mid-1970s of stricter emissions standards and a new emphasis on fuel efficiency. In other words Chevrolet believed a Camaro performance model was no longer needed.

Fortunately the absence of the Z28 from the Camaro lineup was short lived. The Z28’s main competitor the Pontiac Trans Am had skyrocketing sales during the Z28’s absence which was all the 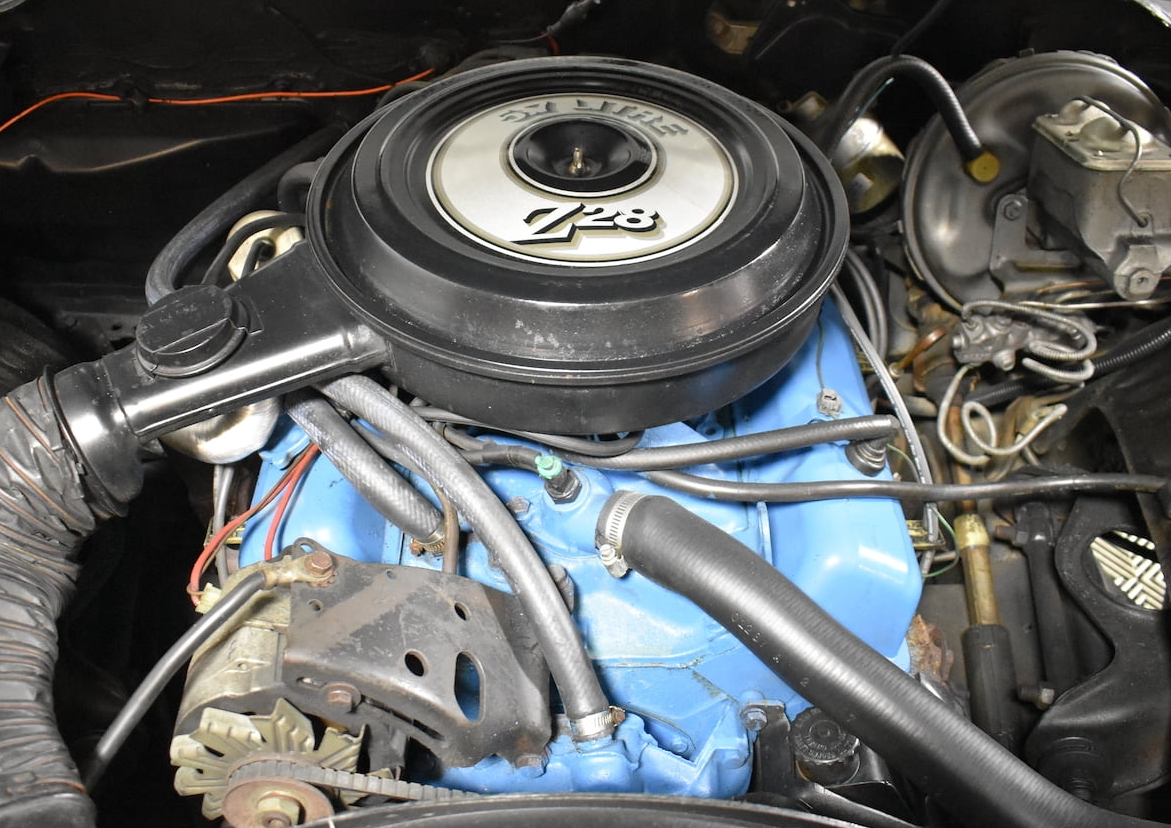 incentive Chevrolet needed to bring back the Z28 during the middle of the 1977 model year. It was just a tad bit more flashy than the previous 1974 Z28. This was the sign of the times where more emphasis was placed on flashy exterior paint schemes and graphics packages than engine performance. However Chevrolet did its best to provide a serious performance package by late-1970s standards with the Z28 for 1977. The 1977 Z28 had a performance tuned version of Chevrolet’s 5.7 liter (350 cubic-inch) small-block V8 that produced a robust 185 horsepower and 280 lb-ft of torque. The 1977 Z28’s engine during this era was considered a genuine performance engine. As an example one of the Z28’s competitors, the 1977 Ford Mustang Cobra II had as its top performance engine, a 5.0 liter (302 cubic-inch) small-block V8 which produced a meager 129 horsepower and 242 lb-ft of torque.

However the 77 Z28 was a fantastic performance bargain, its base price was an extremely reasonable $5,170 which was almost $300 less than 77 Trans Am’s base price. Not to mention that the W72 400 performance package equipped 1977 Trans Am was around $500 more than the 1977 Z28, this wasTodd Spencer Hughes almost a 10 percent difference in price. Chevrolet with the Z28 gave its customers one serious performance car for the money back in 1977.

Camaro performance fans were overjoyed with the return of the Z28 for 1977. Even with the decrease in horsepower, overall the 1977 Z28 was a much better and a more well rounded performance car than the 1974 Z28. Handling, braking, and steering feel had noticeably improved. These changes now made the Z28 a serious competitor to the Trans Am. However the Z28 still couldn’t beat the Trans Am in handling, Car and Driver magazine in its April 1977 issue obtained .74g on the skidpad test with the Z28 and .80g with the Trans Am.

When it came to its sounds, the 1977 Z28 had that traditional deep resonance V8 exhaust sound and the familiar 4-speed manual transmission whine which most traditional muscle car fans adored. And when it came to the interior it wasn’t as upscale as the Trans Am’s interior but it was modern and had it’s own flair which was very popular with buyers. The instrument cluster with its multiple round gauges and front center console was what performance buyers wanted back in the day. Even today the Z28’s interior doesn’t look as dated as most 1970s car interiors. 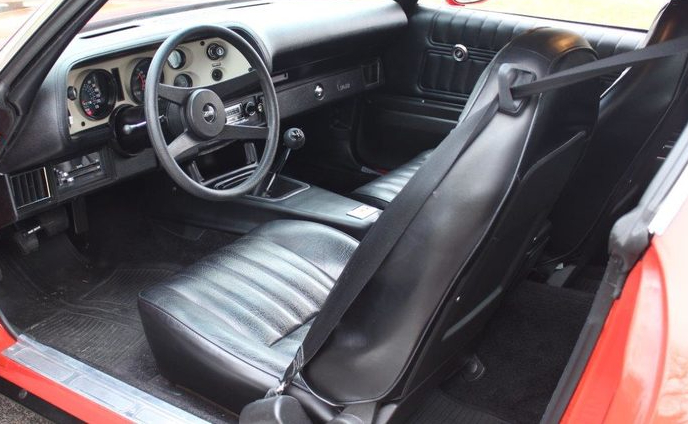 Though the second generation Camaro was in its eighth model year when the 1977 Z28 was produced, it was still a great looking car that did not look dated. Its styling which consisted of a long hood, short decklid, and a semi-fastback roofline was still modern by 1977 standards. This was only the beginning. For 1978 the painted metal bumpers were gone and replaced with ultra modern flexible plastic bumpers and removable T-Top roof panels where now a new option. Additionally the Z28 received in 1979, front fender flares and for 1980 rear fender flares. From 1978-1981, there would be other added items and improvements to the second generation Camaro Z28. 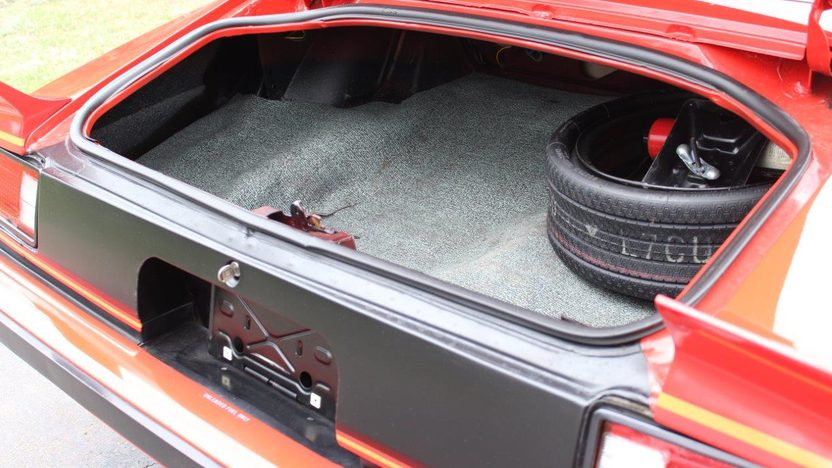 For 1977, 14,349 Z28’s were produced. Though this was considered lower production, it had a considerable shorter production year due to its mid-model year introduction. Yet it still managed to beat 1974 Z28 production which was 13,802 units. But more importantly the 1977 Z28 would become the catalyst that caused a massive sales uptick that would reach a pinnacle in 1979 with Z28 production reaching 84,877 units. The Camaro Z28 would continue to be a very popular performance car for Chevrolet for many years after the return of the Z28. None of this would have ever happened had it not been for the return of the Z28 for the 1977 model year. Definitely Chevrolet made the right decision to bring back the Z28.