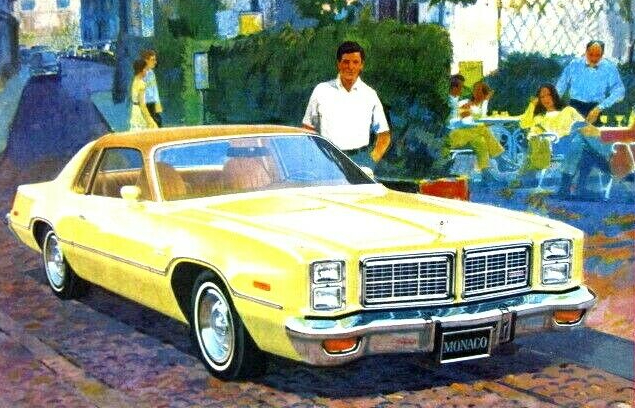 The 1977-1978 Dodge Monaco was a rear-wheel drive mid-size budget oriented family car that had body styling and a platform that Dodge first released as the 1971 Dodge Coronet. Starting in 1977, Dodge replaced the Coronet with the Monaco thereby moving the Monaco from Chrysler’s full-size C-body platform to its mid-size B-body platform. Dodge gave the 1977-1978 Monaco a facelift to differentiate it from the 1975-1976 Dodge Coronet, however the rear design, interior and just about everything else were virtually carryovers from the Coronet. Dodge couldn’t hide the fact that the Monaco was a lot more dated than its competition. Yet the 1977-1978 Monaco had attractive styling with its new double-decker square headlight design which made it the best looking version of any of the 1971-1978 Dodge B-bodies.

The reality was that the 1977-1978 Dodge Monaco was merely a placeholder car to give customers something to buy until Dodge could replace it for the 1979 model year with the Dodge St. Regis which was built on Dodge’s new downsized full-size rear-wheel drive R-body platform. For 1977 Dodge’s full-size car was the Royal Monaco for 1978 the Royal Monaco was gone and the mid-size Monaco was now Dodge’s defacto full-size car. The 1977-1978 Monaco was available in different trim levels in the following three configurations: 4-door sedan, 2-door hardtop coupe, and 5-door station wagon.

Just over 135,000 1977-1978 Monacos were produced, making this two year Monaco production run successful. Ironically the Monaco’s replacement the 1979 Dodge St. Regis had a much smaller production of just 34,972 units. Though the St. Regis was a more modern full-size car with very attractive exterior and interior styling, it didn’t catch on with buyers and sales rapidly declined. By 1982 the St. Regis was permanently gone from the Dodge new car lineup. 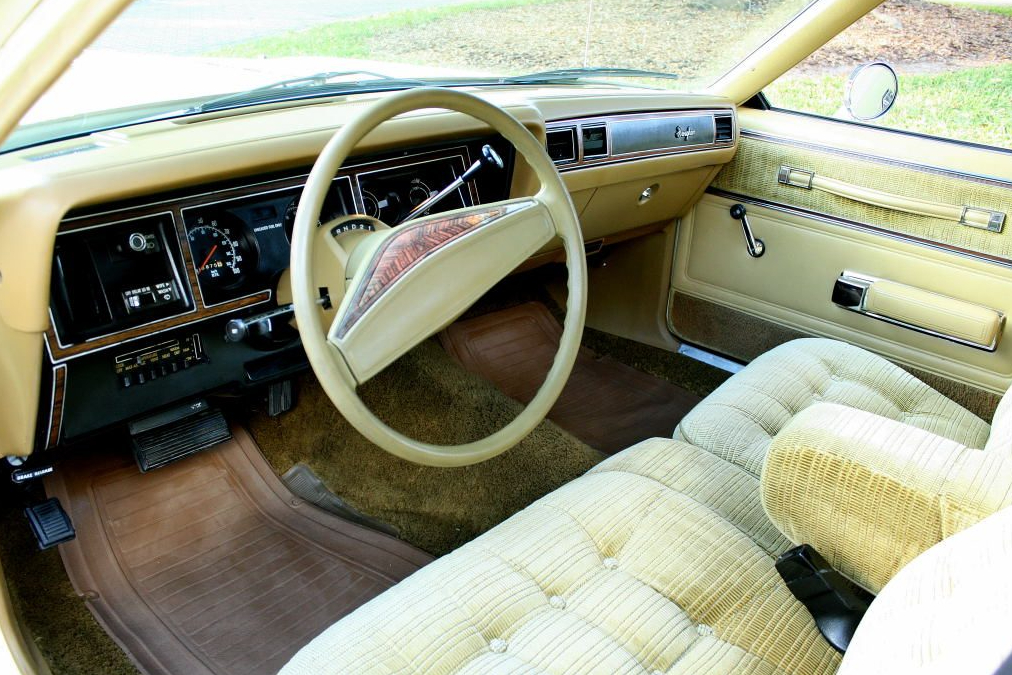 Though the Monaco was a budget oriented car, it was available with an upscale trim model package called the Brougham in the coupe, sedan, and wagon. The Brougham gave the Monaco a plush cloth interior that looked more like an interior that would have been found in a more luxurious Chrysler car rather than a Dodge.

The hidden value of the 1977-1978 Dodge Monaco was it was one of the rare cars still available at the time with a big-block V8 engine. It could be ordered with an 190 horsepower 400 cubic-inch V8. The reason why the 400 V8 was still around was it had just like the Monaco’s other V8 engines, Chrysler’s Electronic Lean Burn System which was a computerized spark advance control system that reduced emissions and 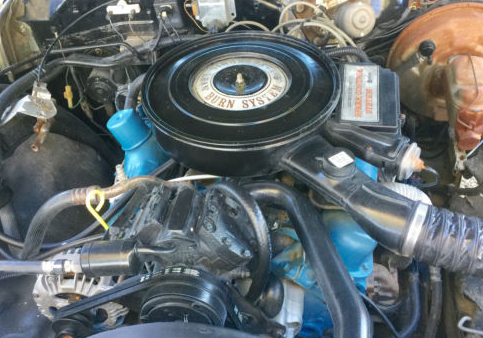 improved fuel economy. Other available Monaco engines were 2 different versions of the 360 cubic-inch small block V8 rated at 155 and 170 horsepower, a 140-145 horsepower 318 cubic-inch small-block V8, and a 110 horsepower 225 cubic-inch straight six cylinder engine. The 318 V8 and 225 6 cylinder provided very good fuel efficiency for their day. The 1977-1978 Monaco was also a very popular car with law enforcement at the time. The police version of the Monaco could be equipped with a 440 cubic-inch big-block V8 rated at 240-255 horsepower. It propelled the Monaco 0-60 mph in 8.1 seconds and to a top speed of a little over 130 mph. The Monaco and its Plymouth Fury cousin when equipped with the police package and the 440 V8 were by far the quickest accelerating and fastest police cars of the late-1970s.

Though in car years the 1977-1978 Monaco was obsolete by the time it started production, it proved to be a great car. It was a reliable solid good size family car with a bargain basement price. The base 4-door sedan for 1977 had a starting price of only $3,988 and $4,344 for 1978. In other words the Monaco was a lot of car for the money and one of the best new car deals a buyer was going to find back then. Building reliable inexpensive rear-wheel drive cars like the Monaco was what Dodge did best. Stricter fuel efficiency regulations and emissions regulations led to the introduction of the compact front-wheel drive Dodge Aries K car for the 1981 model year and the Monaco was a distant memory. The 1977-1978 Monaco was a very special car that for most of its customers, fit the bill and perfected its mission without breaking the family budget. The 1977-1978 Dodge Monaco was the quintessential 1970s family car, it was wonderful car from an automotive era that unfortunately will never again be repeated.