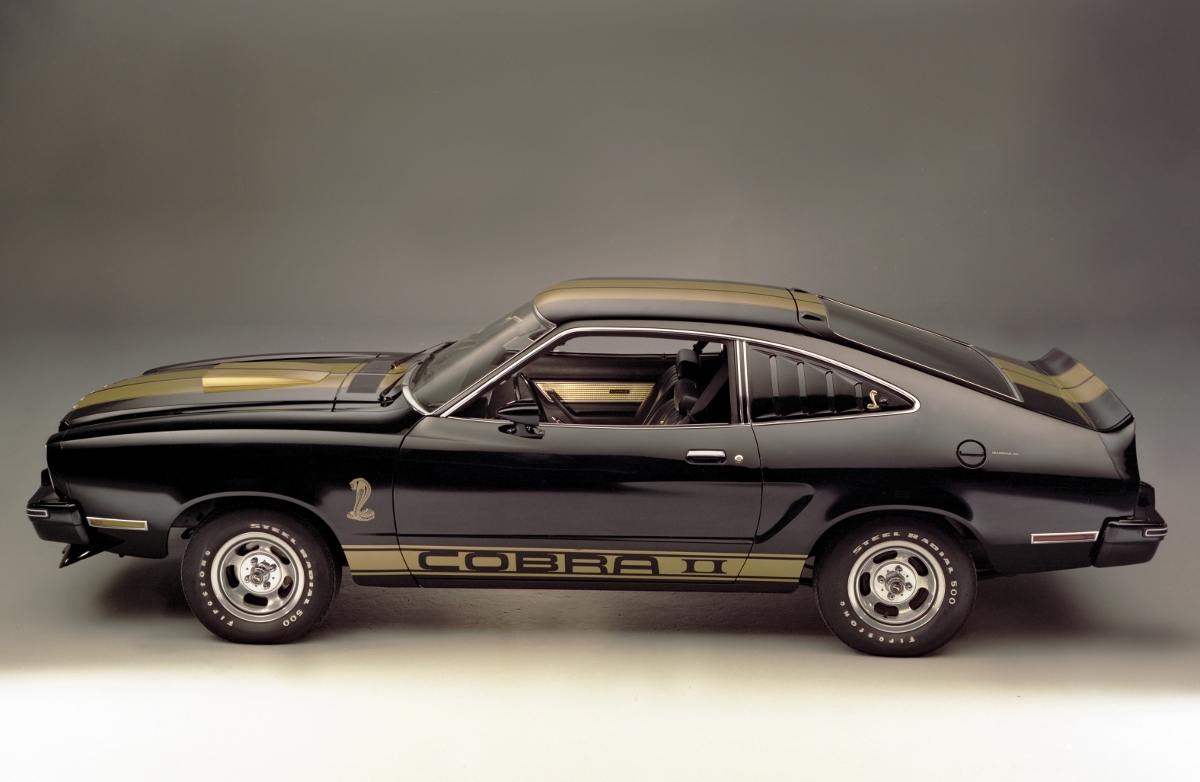 What do you do to celebrate the 11th production year of the successful Mustang? If you are Ford the answer was simple, downsize it and turn it into a sporty fuel efficient compact car. For most Mustang performance fans what Ford gave them for 1974 was a massive letdown. According to these fans, Ford would have been better off producing the Torino based 1971-1973 Mustang during the entire 1970s with only periodic slight updates just like GM did with the second generation Firebird and Camaro during the 1970s. This would have kept Mustang performance fans happy but would the Mustang have survived? The 1974-1978 Mustang II may have been deficient in a few areas, but one area where it shined was sales. For five model years 1.1 million Mustang IIs were produced which in the automobile industry would be considered a very successful car. Ford named the 1974-1978 Mustang, the Mustang II, as a marking ploy at the time to show how this new Mustang was an all-new and modern version of the Mustang.

To give Ford credit the Mustang may have gone a serious diet and shrunk when the 1974 Mustang II debuted but it still looked like a Mustang. It had that distinctive Mustang front grille treatment but more modern in appearance and a newer and wider version of the Mustang’s traditional taillights. One of the most difficult tasks an automaker has is to make a small compact car look stylish and sleek. The difficulty is that when a car has a short length its hard to make this happen since these type of small cars appear to be too tall and stubby. Ford managed to make the Mustang II look attractive, sleek, and stylish especially when the optional fastback roofline version was ordered. Even the formal roof coupe version of the Mustang II looked sporty since Ford managed to use the short decklid and longer hood design that was found on all previous formal coupe roof Mustangs. One thing helping the overall look of the Mustang II was it only had a low height of only 50 inches which allowed it to look more sporty than most compact cars. There’s also a major misconception that the Mustang II was built on the Ford Pinto platform which is not true. During Mustang II development Ford engineers started with a Pinto frame and chassis, but so many changes were made to this frame and chassis that by the time the Mustang II project was completed the Mustang II’s platform had no real resemblance to the Pinto’s. 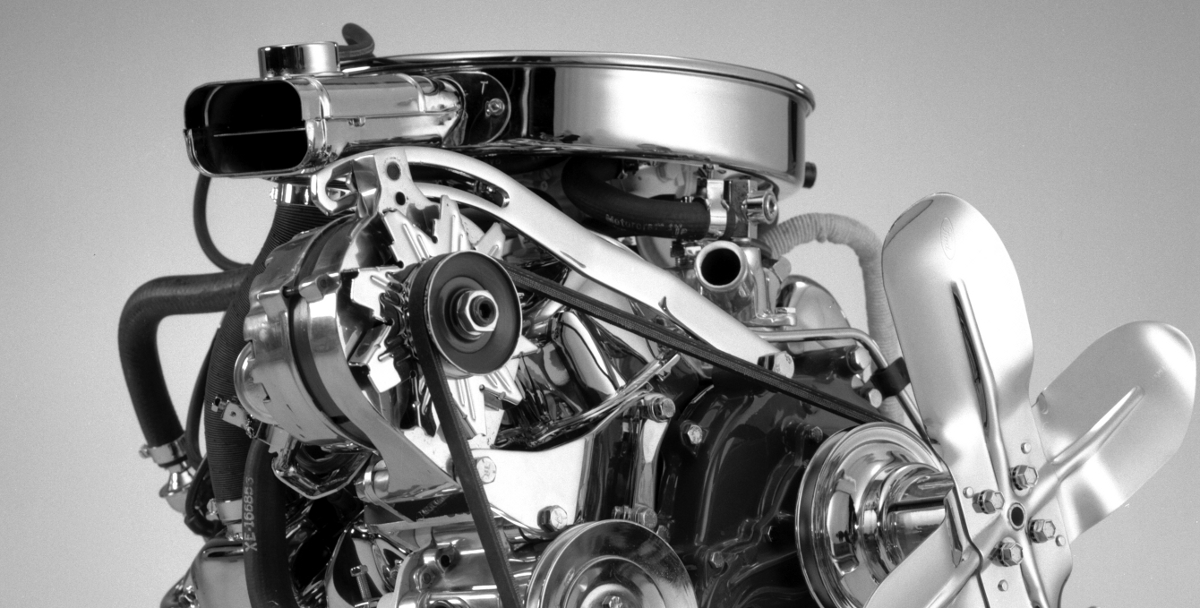 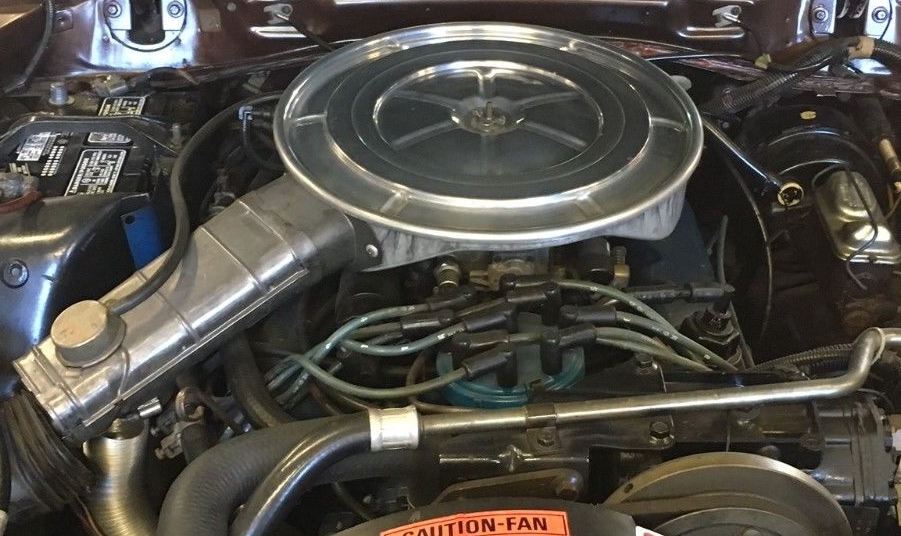 engines were available with a 4-speed manual transmission or a three speed automatic transmission. Both of which had gear changers mounted to the floor.

The real weakness of the Mustang II was that wasn’t available in a genuine performance oriented version. Ford could have easily bolted a 4-barrel carburetor on the Mustang II’s 5.0 liter V8 and added a performance exhaust system and other performance oriented engine upgrades which could have easily produced output of 170 to 200 horsepower. In a light platform like the Mustang II, output like this would have made the Mustang II competitive with the fastest new Chevrolet Corvettes and Pontiac Trans Ams at this time. A 1978 Mustang II King Cobra with the 139 horsepower 5.0 liter V8 and a 4-speed manual transmission went 0-60 mph in 9.8 seconds which was very respectable back in 1978. However compare this to the quickest 1978 model year American car, the 1978 Pontiac Trans Am equipped with a 4-speed manual transmission and the 220 horsepower W72 6.6 liter (400 cubic-inch) V8 (the engine was nicked-named the “T/A 6.6”) which went 0-60 mph in 6.5 seconds. To be fair the Trans Am’s W72 V8 was rated in factory stock form by NHRA at 260 horsepower so in reality the much heavier Trans Am had 121 horsepower more than the King Cobra. Another 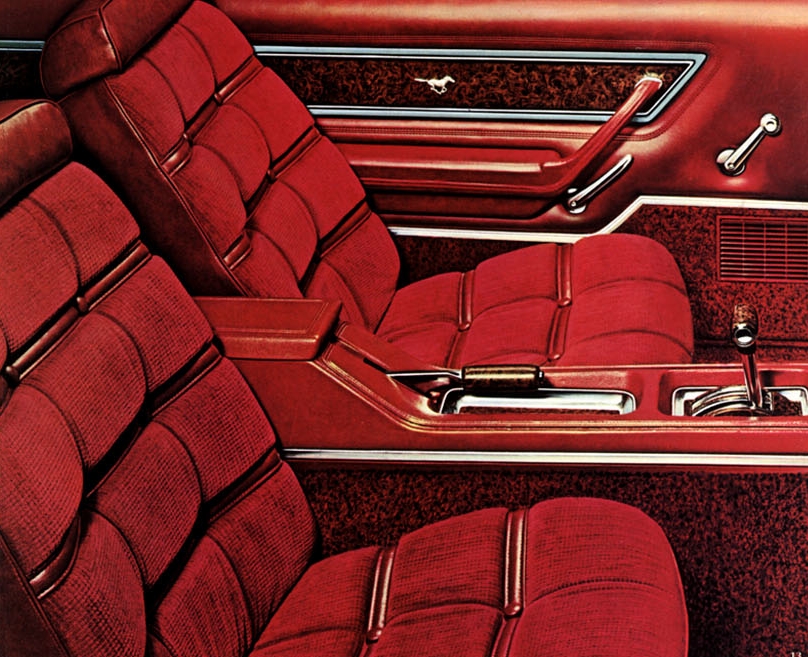 deficiency of the Mustang II was that all Mustang II models had mandatory 13-inch wheels, these were the compact car 4-lug wheels not the standard 5 lug wheels most cars had back in the day.

The Mustang II had a very modern interior for its day with a nice dash layout with perfectly placed round gauges. All Mustang II models had bucket seats. The interior was overall more upscale than most of the cars the Mustang II’s size. When equipped with the optional center console, the interior looked top notch. The front seats were very comfortable and there was ample leg room. The rear seating area was very comfortable for a compact car however there was only room for two passengers in the back seating area and the leg room there was very tight due to the Mustang II’s very short wheelbase. 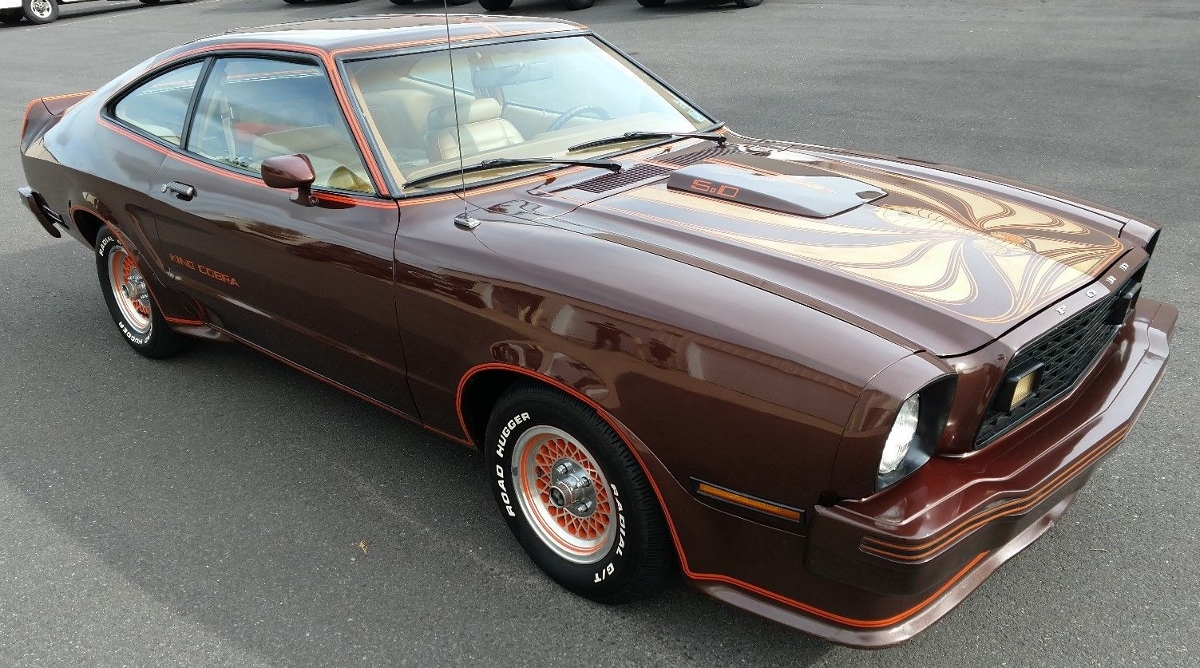 The Mustang II arrived on the scene at the perfect time in fall of 1973. The 1973 oil crises which started in October 1973 and lasted until March 1974 caused skyrocketing gasoline prices. The fuel efficient Mustang II was just what new car buyers needed at the time. The Mustang II was attractive and reliable and it fit the needs for most of its buyers at the time. Even with the performance deficiencies, the Mustang II deserves a pat on the back rather than the bad rap it has gotten over the years. For those that weren’t alive during the 1970s, it was the decade that buried the most performance car models. By moving the Mustang to the compact Mustang II platform in the 1970s, Ford more than likely saved the Mustang from extinction. It was the Mustang’s survival during the 1970s that allowed the Mustang to roll into the 1980s on the Fox platform where the Mustang would see a rebirth of performance under the hood which continues to this day. In other words the Mustang II deserves a much better place in automotive history than many want to give it.