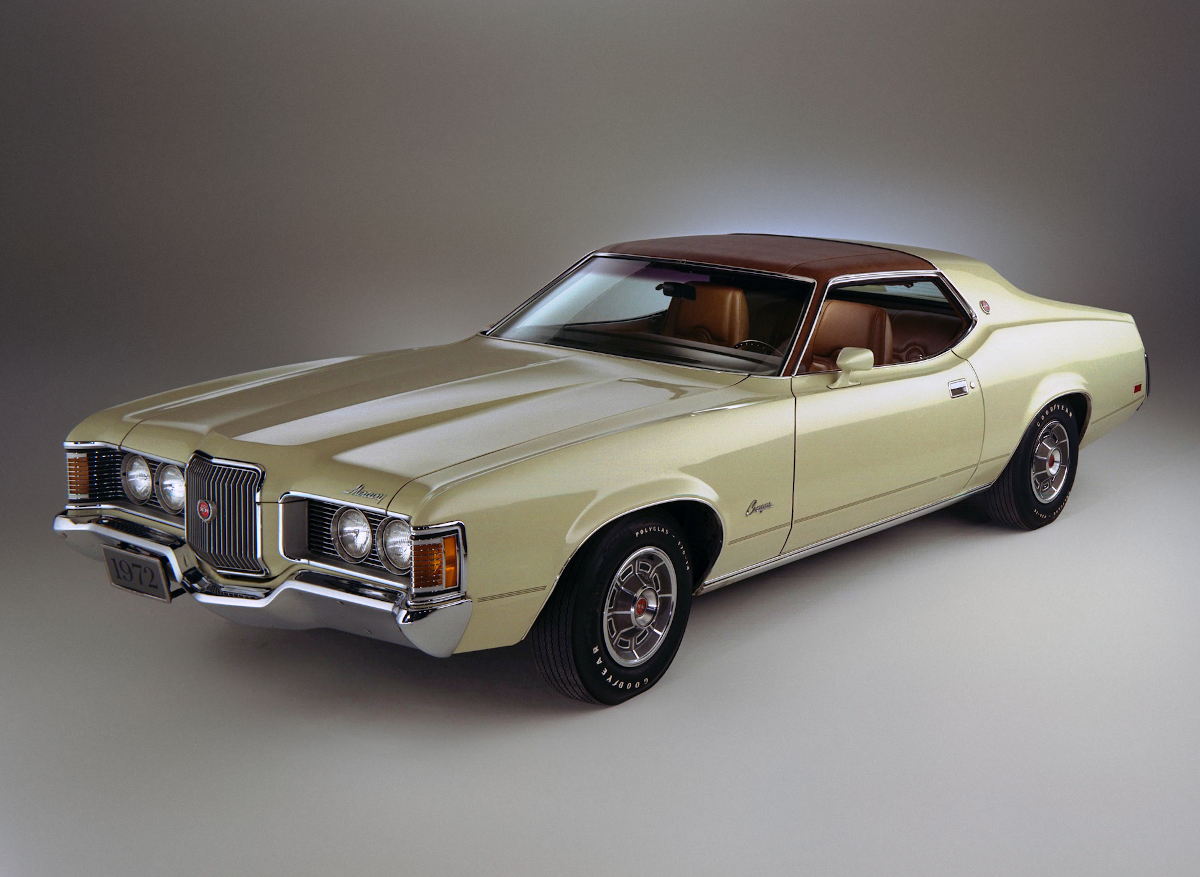 The 1971-1973 Mercury Cougar was the second generation of the Cougar. The first generation 1967-1970 Mercury Cougar had been a big success. It was a luxury oriented sporty pony car built on the Ford Mustang’s platform, but had its own unique styling. Ford wanted the first generation Mercury Cougar to attract younger buyers into it’s Lincoln Mercury dealerships, which was something it did very well. By the time the first generation Cougar entered its last year of production, pony car sales were falling, especially for performance pony cars. High insurance premiums especially for younger buyers were decimating sales of these performance oriented pony cars. Ford also realized that Cougar buyers though still young, tended to be older than Mustang buyers and had more disposable income and wanted cars with more features, options, and luxury items. Ford’s reaction was to move the Cougar more upscale for the 1971 model year.

The end result of this transformation was the 1971 Cougar which still had a sporty and very attractive overall appearance but it was more formal. For 1971-1973 the Cougar was still built on the Mustang platform. This Cougar now had more formal Lincoln styling cues to its exterior especially the front-end which had a traditional vertical front grille, very pronounced squared off corners especially where the parking lights resided, and a Lincoln style front bumper. The very futuristic looking hidden headlamp

front-end design of the first generation Cougar was now gone. The midsection of the Cougar looked like a 1971-1973 Mustang and even used the 1971-1973 Mustang coupe’s roofline which was sporty in appearance. However the Cougar had a longer 111-inch wheelbase versus the Mustang’s 109-inch wheelbase. The Cougar was not available with the 1971-1973 Mustang’s optional fast back roofline. Where things got interesting was that Mercury’s styling department gave the Cougar very attractive but radical rear styling. It was very futuristic looking and included a large chrome bumper with oversized rear taillights. When the 1971 Cougar first hit the streets those who saw the rear of the car first must have thought what a radical futuristic sports car it was until they saw the very formal conservative front end. As odd it was that a car with such a formal front-end would have such a radical rear design, Mercury designers were able to make it work, the styling looked good and has aged very well.

The Cougar was available in a 2-door coupe or a 2-door convertible. There were three Cougar models available from 1971-1973: base, GT, and XR7. The GT gave the Cougar a sportier appearance and handling package. The GT was only available during the 1971 and 1972 model years. The XR7 gave the Cougar’s interior and exterior a more luxurious appearance, Mercury in its 1971 product literature referred to the Cougar XR7 as “a better luxury sports car”. 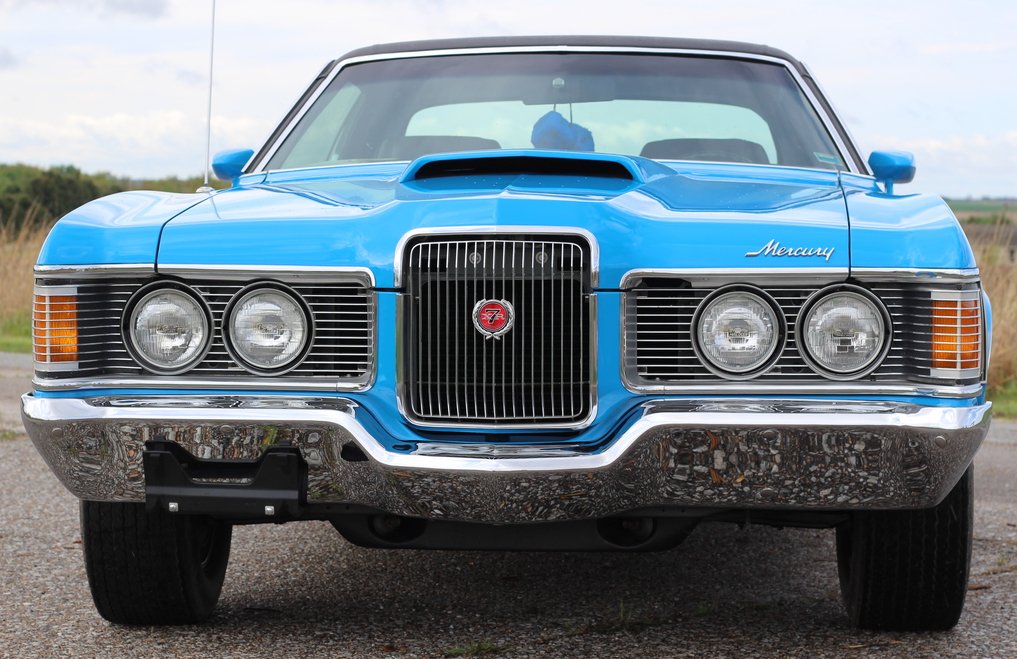 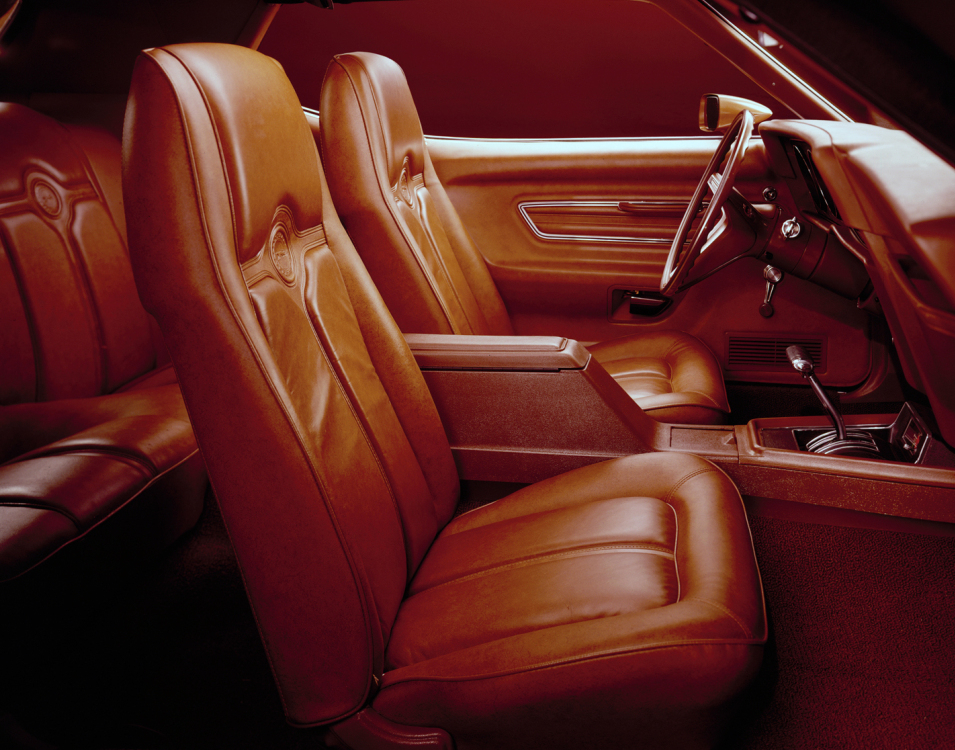 evolution to being a comfortable car on the highway and other driving conditions. Though it was a good handling car for its day, it had very comfortable ride. It was the type of car that you could enjoy driving on long trips. It also had the added bonus of having a big trunk which fit lots of luggage.

To prove that the Cougar was a more upscale car than most of its competitors, starting with the 1971 model year there was no longer a small displacement V8 available as there had been in the first generation Cougar. For the 1971-1973 Cougar the standard engine was a medium displacement V8 – a 2-barrel carburetor equipped 351 cubic-inch V8. For 1971 this engine generated 240 gross horsepower and 164 horsepower in 1972 and 168 horsepower in 1973. The main reason for the horsepower drop was starting with the 1972 model year, horsepower across the board was rated in the current more stringent “net” horsepower rating standard versus the older more generous gross horsepower rating standard. Optional from 1971-1973 was the performance oriented 4-barrel carburetor equipped 351 cubic-inch V8. For 1971 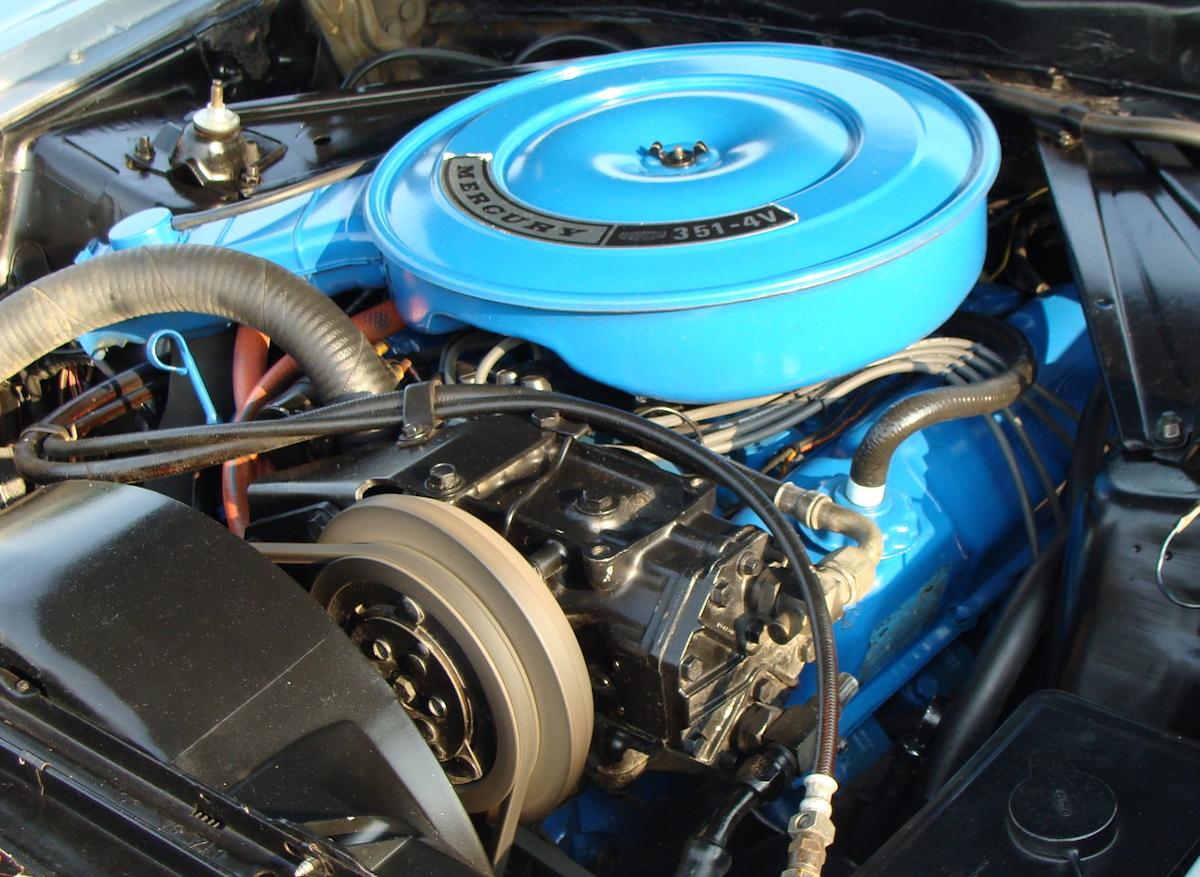 Ford and Mercury performance car fans usually prefer the first generation Cougar due to its more sports car like styling and wide assortment of different performance engines. However the second generation Cougar had its advantages. Ford didn’t realize it at the time but the 1971-1973 Cougar was a transitional car, it was the bridge between the performance oriented first generation Cougar and the different iterations that would follow of slower accelerating luxury oriented 2-door Cougars which were partial responsible for making popular the 2-door personal luxury car segment in the 1970s. The 1971-1973 Mercury Cougar since it had very good acceleration and luxury, it was the best of both worlds. The word has finally gotten out and 1971-1973 Cougar prices have been climbing in recent years due to its increasing popularity.