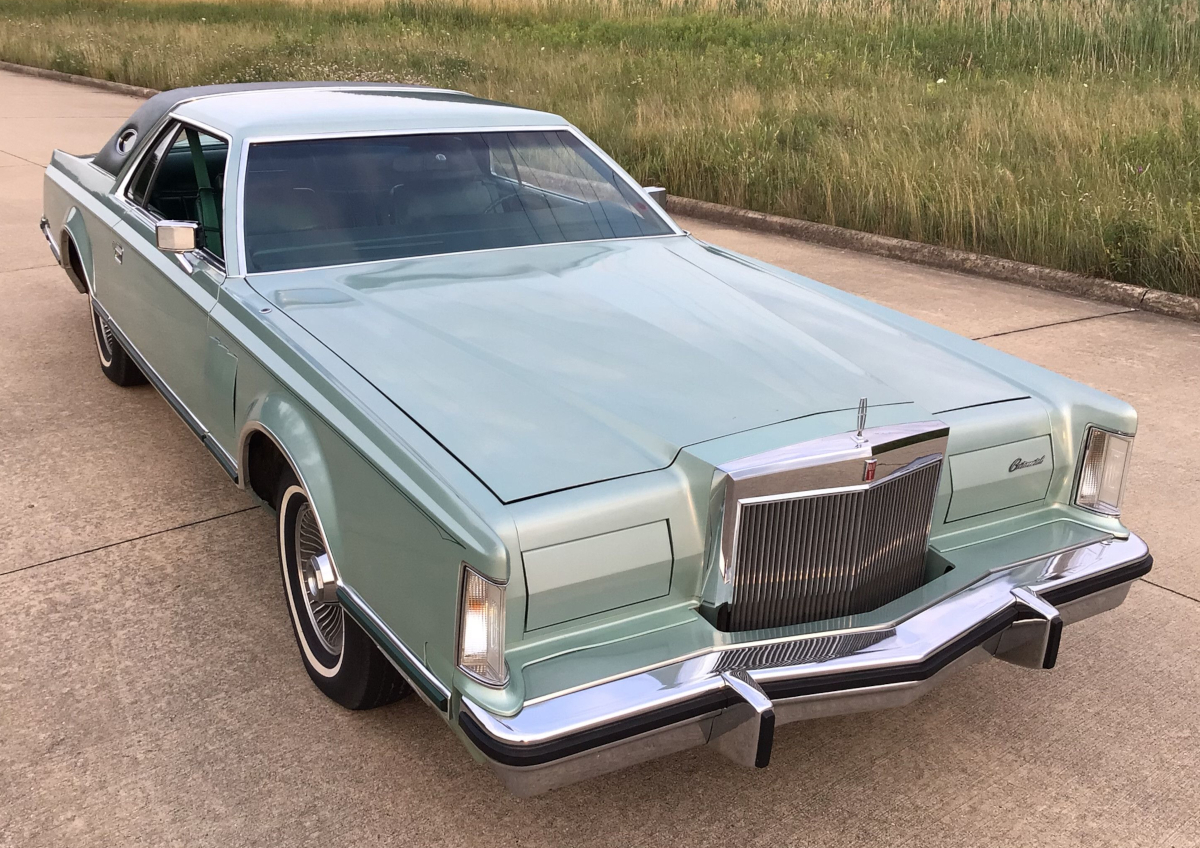 The Oil Embargo of 1973 threw the U.S. Automobile industry into turmoil, forcing all the U.S. Automakers to produce smaller more fuel efficient cars. Even the American luxury car brands weren’t exempt. The Cadillac Seville, Chrysler Cordoba, and Lincoln Versailles were all examples of the U.S. automakers move to much smaller luxury cars. Lincoln on the other hand with it’s popular 2-door Mark series for 1977 decided not to go this direction. Instead it went with a slightly larger car. This was a big surprise since the 1973-1976 Lincoln Mark IV was a massive car. The 1977 Lincoln Mark V had a length of 230.3 inches, a width of 79.7 inches, and the wheelbase was 120.4 inches. To get an idea how big this is, the 1977 Mark V is only 2-inches shorter in length than the full-size 2021 Ford F-150 Raptor pickup truck.

Considering the car climate back in the late-1970s, it’s truly amazing that the massive 1977-1979 Mark V was ever built on Ford’s full-size platform. Ford had transitioned the full-size 2-door Thunderbird to a mid-size platform for the 1977 model year. The 1976 Thunderbird was also a 2-door personal luxury coupe that shared the same full-size platform with the 1976 Mark IV. It would have seemed logical that Ford would have forced Lincoln to have done the same with the 1977 Mark V. However Lincoln knew its customers still wanted an ultra large 2-door personal luxury car for the 1977 model year.

With the new 1977 Mark V, Lincoln used the overall exterior design theme of the Mark IV and made the lines more squarish and the angles more sharp. This gave the Mark V a more modern look. However the Mark V still had all the Mark IV’s popular exterior items as hidden headlights, oval opera windows, a vinyl roof, the traditional vertical Lincoln front grille, and the traditional fake continental spare tire bulge on the rear truck lid. The 1977-1979 Mark V’s exterior styling was very attractive and elegant yet it still had the sporty short decklid and long hood design that many 2-door personal luxury coupe buyers preferred at the time. The Mark V’s exterior design has stood the test of time, aging very well, it has become a reminder of the best of the 1970s American luxury car styling. One very distinctive feature of the Mark V was the new three vertical slats located on each front quarter panel.

The biggest benefit of the Mark V’s massive size was a extremely spacious interior which could fit 6 passengers comfortably (only 5 passengers when front center console was ordered. The Mark V also had a long list of standard luxury features and many available luxury options. The 1977 Mark V had a base price of $11,396 but it was easy to add several thousand dollars worth of options. There were different special editions which included unique interior and exterior appointments. One of the most popular of these was the 1978 Mark V Diamond Jubilee Edition. The Mark V had a trunk with a very large cargo capacity and a very nice luxury car ride. 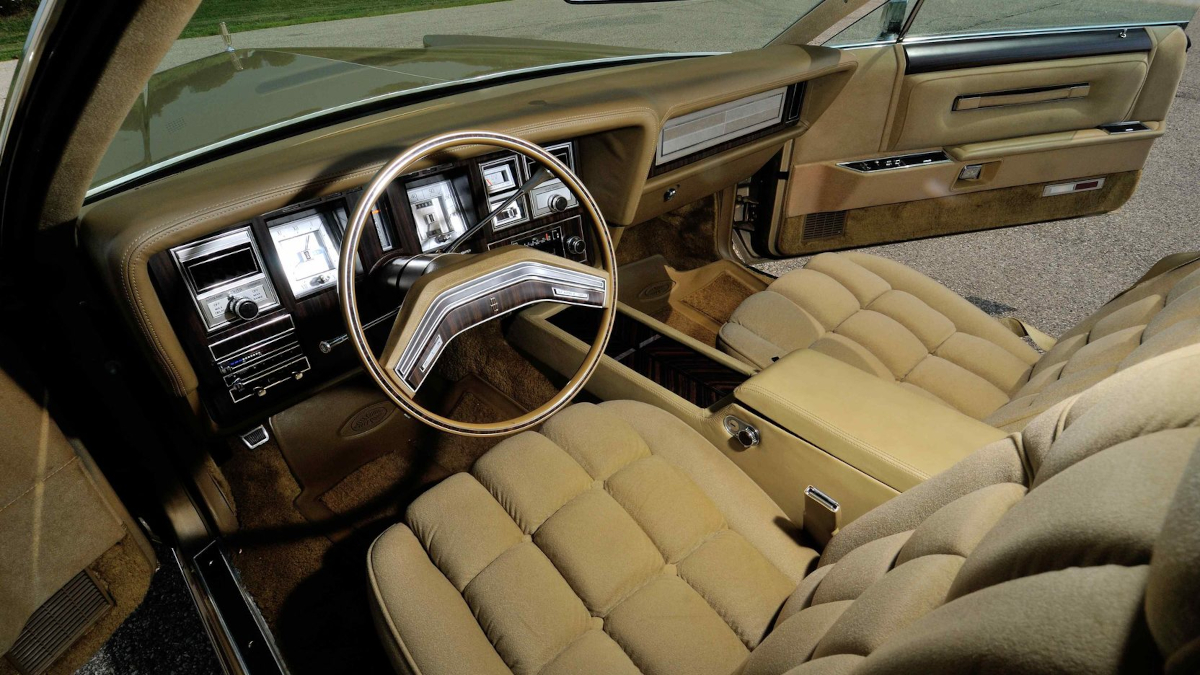 Even though the Mark V was slightly larger in size than the Mark IV, Ford engineers did the almost impossible, they were able to shed few hundred pounds with the introduction of the Mark V. Both cars used Ford full-size platform. The Mark V in it’s lightest form was around 4,600 lbs and in it’s heaviest form was just under 5,000 lbs. 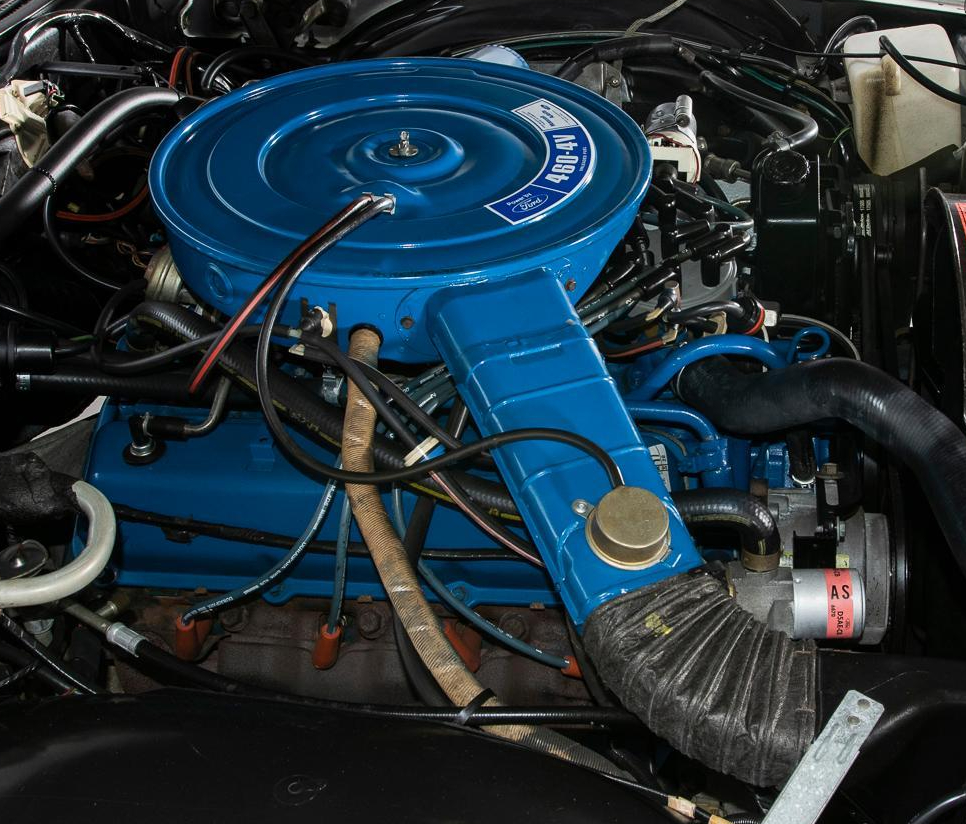 especially when take into account its almost limitless for its day 356-357 lb-ft torque which gave the Mark V, the same driving feel of a big American luxury car produced before the 1973 Oil Crises. All Mark Vs were equipped with a 3-speed automatic transmission.

The Mark V was a massive success, for 1977 an incredible 80,321 units were produced which was a 43% increase over 1976 Mark IV production. Sales remained very strong with 1978 production being 72,602 units and 1979 production being 75,939 units. Considering the Mark V was an expensive upscale luxury car on the market during the hard economic times of the late-1970s, these were excellent production numbers. 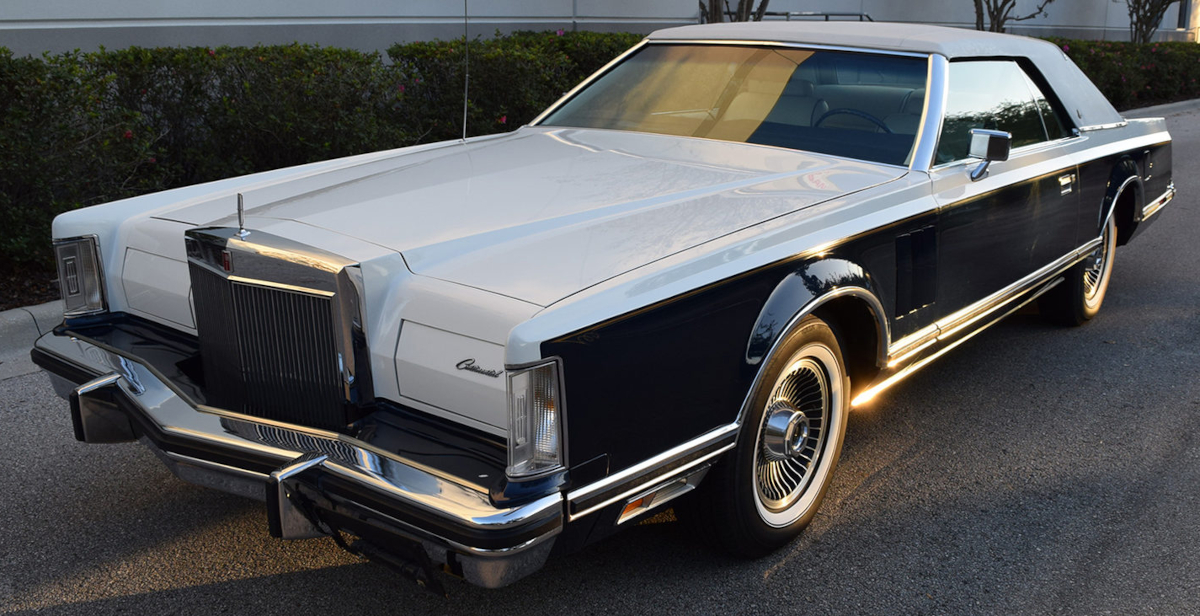 If you take a 360 view of the the Mark V, it is easy to see it was the ultimate apex of 1970s automobile luxury and opulence and it was the last of the massive 2-door personal luxury coupes. Not to mention the Mark V was one of only a few remaining cars offered in the late-1970s equipped with large displacement V8 engines. By 1980 the Mark V was replaced by the considerably smaller Mark VI. When you understand all the many things the Mark V had to offer, is it any wonder why mint conditioned Mark Vs are today skyrocketing in price?