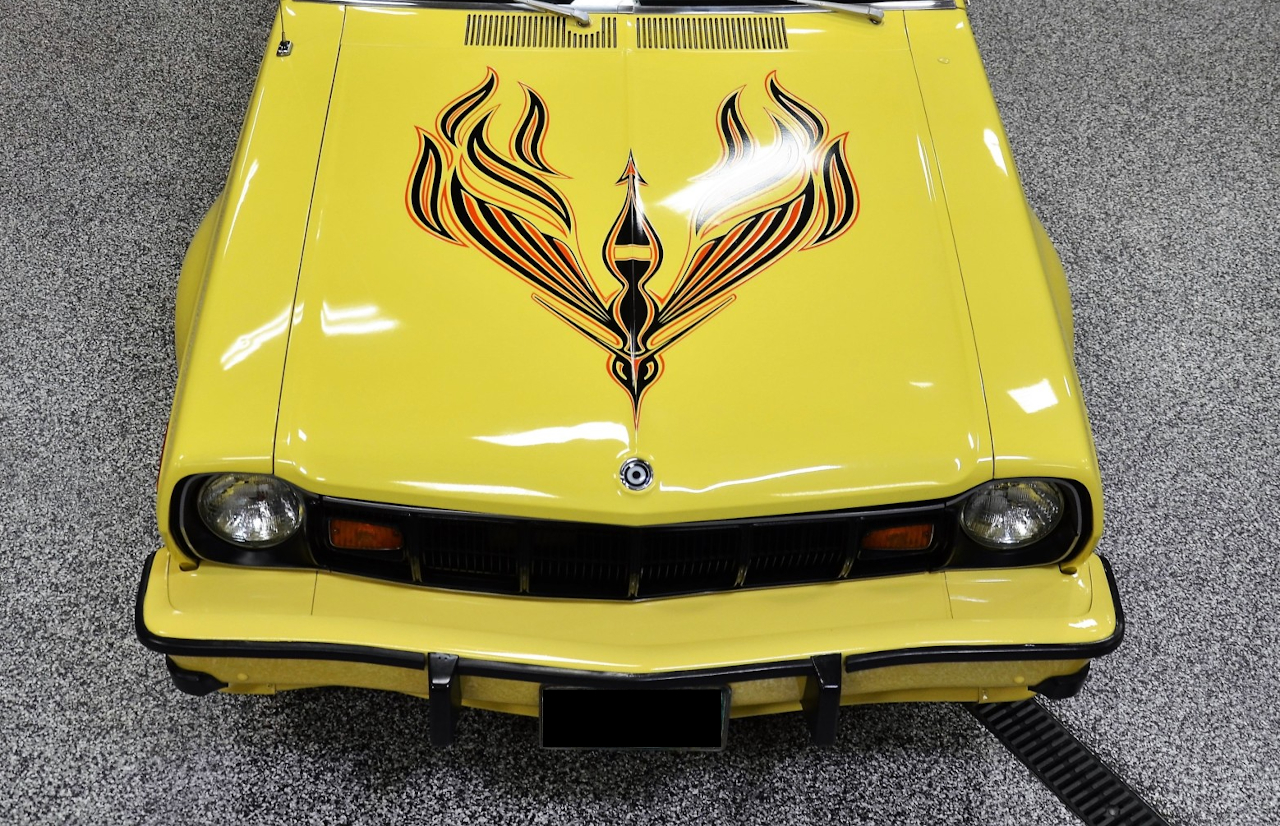 The American Motors Corporation (or AMC for short) encountered a nice uptick in car sales during the 1960s decade. However as the 1960s decade was winding down sales would slowdown for the 1969 model year for AMC. Total 1969 model year AMC car production was 173,106 units which was a drop from the 187,435 units produced for 1968. The 1970s decade would see the introduction of many new safety and emissions regulations which required a vast amount of financial resources to pay for the additional development, engineering, and production costs associated. Unlike GM, Ford, and Chrysler, AMC didn’t have a lot of money due to its much lower sales volume. AMC in order to survive during the 1970s it needed to get sales volume up again.

When AMC released for the 1970 model year, the all-new Horonet to replace its Rambler, it was not a moment too soon. With the 1970 Hornet’s release sales volume skyrocketed, total 1970 AMC car production reached an amazing 276,000 units. The Hornet wasn’t just a car but it was a platform that AMC would used for different car models. This was done in order to ensure that AMC got the most return for the development dollars spent on the Hornet. This plan paid off with the basic Hornet platform giving AMC 19 model years of production. The 1970-1977 Hornet was AMC’s best seller during the Hornet’s production life. The only exception was the 1975 and 1976 model years when the AMC Pacer outsold the Hornet. AMC’s best sales volume model year was 1974 when 431,798 AMC cars were produced and 145,458 of these were Hornets.

The Hornet was a rear-wheel drive compact car that had modern styling. It was one of the better looking compact cars of its era. It was available in a 2-door sedan, 2-door hatchback, 4-door sedan, and 4-door station wagon. The 2-door sedan and 4-door sedan were the only two body styles offered for 1970. The station wagon called the Sportabout joined the Hornet lineup in 1971 and for 1973 the 2-door hatchback made its debut. During the Hornet’s 8 model years of production there were gradual exterior changes that were mostly mild cosmetic exterior updates to the front end design. From 1970-1972 there was an upscale SST model available for the 2-door, 4-door, and Sportabout station wagon. However the most notable Hornet model was the 2-door 1971 Hornet SC/360 which was a genuine muscle car. For 1977 AMC released another muscle car offering, the Hornet AMX which had decent performance for 1977 but it paled in comparison the legendary SC/360.

The slightly more compact AMC Gremlin which was released later in the 1970 model year was based on the Hornet. The Hornet may have been an inexpensive compact car but it offered a sporty and modern interior with an attractive dash design that included sporty round gauges and optional bucket seats. The Hornet’s interior started off very Spartan in 1970 like most compact cars of its day but gradually offered more upscale interior options during its production life. There was even a stylish and luxurious Gucci designed interior available in the Hornet Sportabout station wagon in 1972 and 1973.

The Hornet was an anomaly during the 1970s decade in that it was a compact car that was never available with a 4-cylinder engine like most compact cars of this era. Most Hornets rolled off the assembly line with a straight-six cylinder engine under the hood. For the 1970 model year only, there was a 128 gross horsepower 199 cubic-inch straight-six. From 1970-1977 there was an available 232 cubic inch straight-six which from 1970-1971 generated 145-155 gross horsepower and from 1972-1977 generated between 88-110 net horsepower. Also available from 1971-1977 was 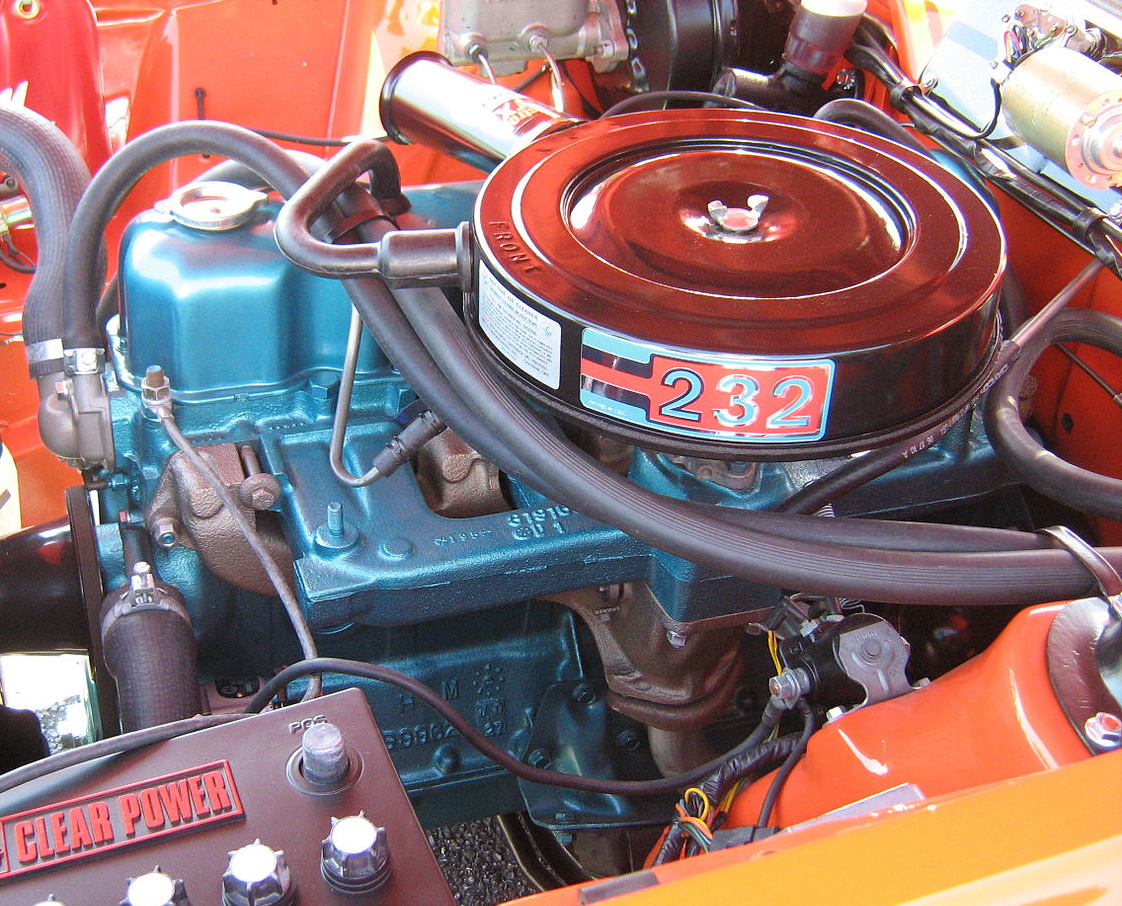 the 258 cubic-inch straight-six. For 1971 it generated 150 gross horsepower and from 1972-1977 it generated 95-114 net horsepower. These straight-six engines provided responsive acceleration and fabulous low end torque. Not to mention they provided very good fuel economy for the 1970s.

The 1977 Hornet AMX 2-door hatchback certainly looked the part of a true performance car with spoilers and air foils, body colored rear window louvers, and even an optional big hornet decal on the hood which looked very similar to the Trans Am’s big hood bird decal. Though the AMX was standard with a 258 straight-six the optional 304 V8 gave it good performance for its day even with the mandatory 3-speed automatic transmission. However had AMC offered the 304 equipped Hornets including the AMX with a 4-barrel carburetor and few slight factory engine mods, net horsepower would have easily been in the 160-180 range and the light 2-door Hornet AMX would have given the best American performance cars of this era some real competition.

AMC did offer even more power under the Hornet’s hood in the form of its 360 cubic-inch V8 which was available in 1971-1974. For 1972-1974 it was equipped with a 2-barrel carburetor and made a respectable 175 horsepower and was available with any Hornet body style. For 1971 the 360 V8 was only available in the 2-door Hornet SC/360 which was the successor AMC’s legendary 390 cubic-inch V8 powered 1969 SC/Rambler. The Hornet SC/360 was a respectable muscle car it was standard with a 245 gross horsepower 2-barrel carburetor equipped version of the 360 V8. Optional was the Go-Package version of the 360 V8 which produced 285 gross horsepower and was standard with a ram air induction system, a 4-barrel carburetor, and few other performance goodies. Both Hornet SC/360 engines were available with a 3-speed automatic transmission or a 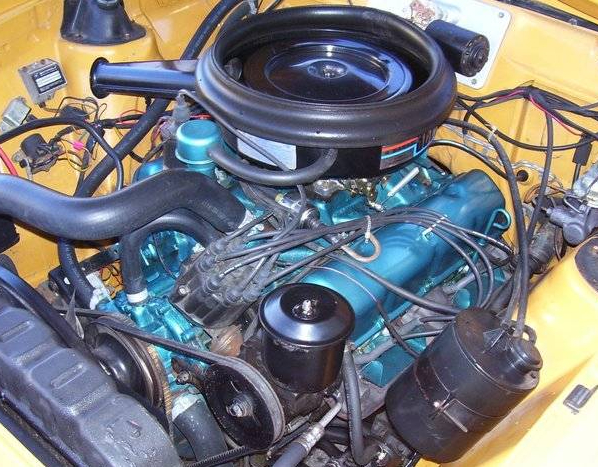 A slightly redesigned version of the Hornet the 1978-1983 Concord and an updated 2-door hatchback version of the Hornet the 1979-1983 Spirit would both replace Hornet. The 4-wheel drive 1980-1988 Eagle would carry the Hornet platform a little past the Chrysler Corporation buyout of AMC in 1987. If it had not been for the Hornet, AMC would have probably folded and gone out of business by the late-1970s. The Hornet and its Hornet based successors kept AMC alive during the 1970s decade and early 1980s which was just long enough until AMC’s Jeep division began to flourish by the mid-1980s which kept AMC alive until the Chrysler Corporation’s purchase of AMC. Though AMC’s car division didn’t survive the buyout, had AMC folded in the late-1970s, there wouldn’t be a Jeep brand today. In other words had the Hornet failed during the 1970s Jeep would have also failed.