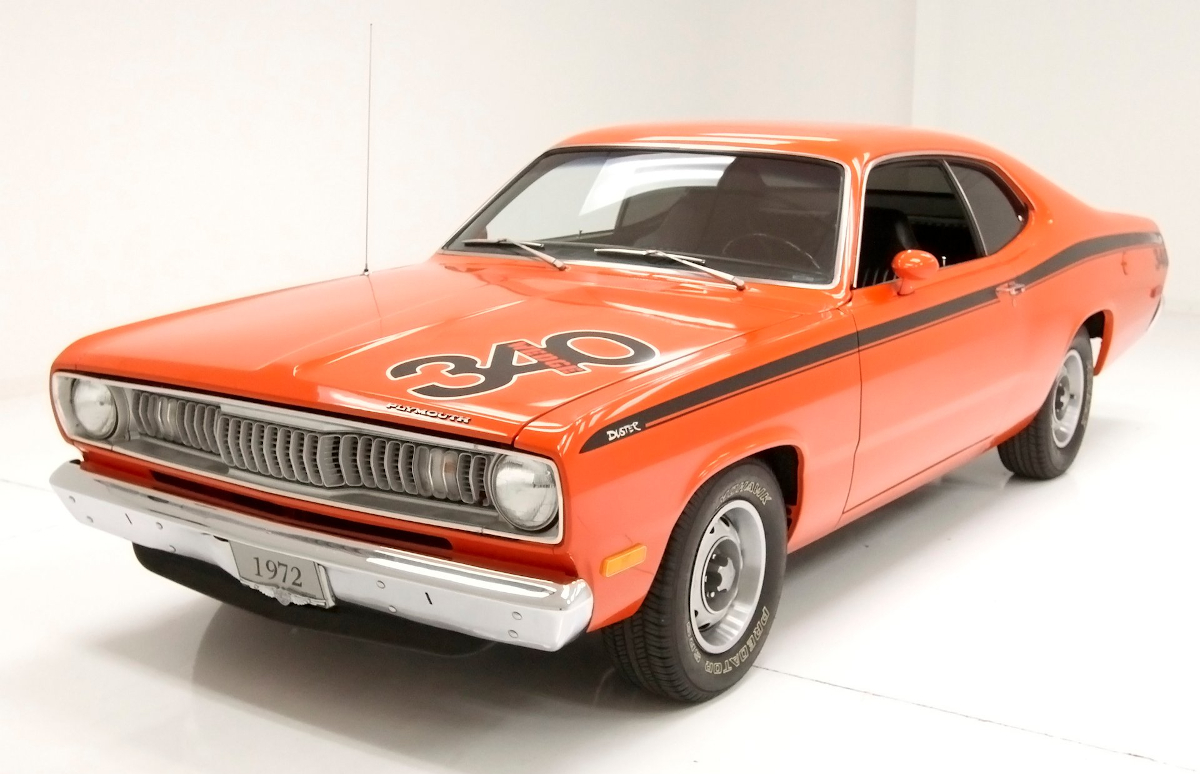 Back in 1970s and 1980s one of the more popular cars found in high school and college parking lots was the 1970-1976 Plymouth Duster. Other popular cars found there were the Chevrolet Camaro, Ford Mustang, Volkswagen Beetle, and inexpensive imports from Japan. The 1970-1976 Duster was very popular with young male drivers who wanted something sportier than the average inexpensive car at the time. These Duster drivers were usually big fans of Mopar muscle cars but couldn’t afford most Mopar muscle cars and even if they could they couldn’t afford the high insurance coverage costs of owning one.

The 1970-1976 Plymouth Duster was a different story, it was a sporty 2-door car built on the Chrysler Corporations A-body platform which it shared with the reliable but boring Plymouth Valiant and Dodge Dart and a few other Dodge models. The Duster was very inexpensive when it was new, used it was dirt cheap. The reason the Duster was so inexpensive was it shared many common parts with the budget oriented Plymouth Valiant including its front exterior body sheetmetal. However most of the rest of the Duster had different sheetmetal than the Valiant which gave the Duster a much sportier look. It had a muscle car like shape and it’s slick semi-fastback roofline added to its appeal. The hidden design elements that made the Duster look so modern were the side curved windows and front curved windshield.

The Duster was a smaller sized car for its day, the 1970 was 188.4 inches long around the same length as a 2021 Ford Mustang. Within a few years due to federally mandated front and rear energy absorbing bumpers being added the Duster’s length increased to 197 inches. There were very slight exterior cosmetic changes to the front and rear for just about every year however the Duster received updated front-end and rear styling starting in 1973 which gave it a more conventional look. There were also different unique special edition Dusters offered during different model years, two such examples were the Gold Duster and Feather Duster.

Back in 1970 a new Duster had a base price of $2,172, and when equipped with it’s high performance engine that year, a 340 cubic-inch small-block V8 it had a base price of a $2,547. These prices were very inexpensive since the average cost of a car back in 1970 was $3,542. Back in 1970 the Duster 340 was one of the best looking and best performing cars for the money, it was genuine muscle car. The Duster was fairly inexpensive to insure even for younger drivers. Even the Duster 340 when compared to most muscle cars of its era was also inexpensive to insure. This is why the Duster when new and on the secondary car market was so popular with High School and College male students.

Another aspect of the Duster that appealed to younger buyers was its modern looking interior for its day. However it was austere and didn’t appeal to middle age and older buyers who wanted luxury features and convenience options yet the Duster could be equipped with bucket seats and even a fancy looking center console for those who wanted a slightly more upscale sporty looking interior. 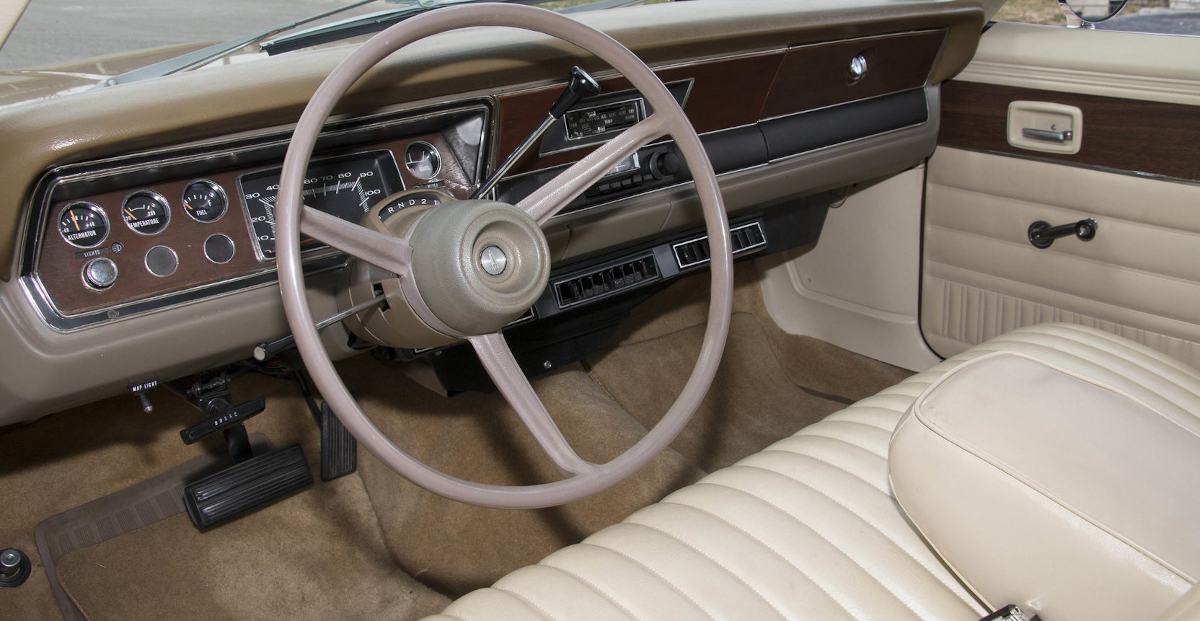 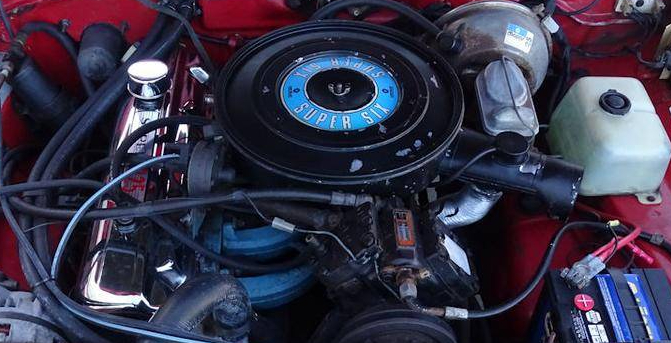 These inline 6 cylinder engines were very smooth and reliable and acceleration was decent however Duster performance increased noticeably with the 318 cubic-inch small-block V8. It produced 230 gross horsepower for 1970-1971 and from 1972-1976 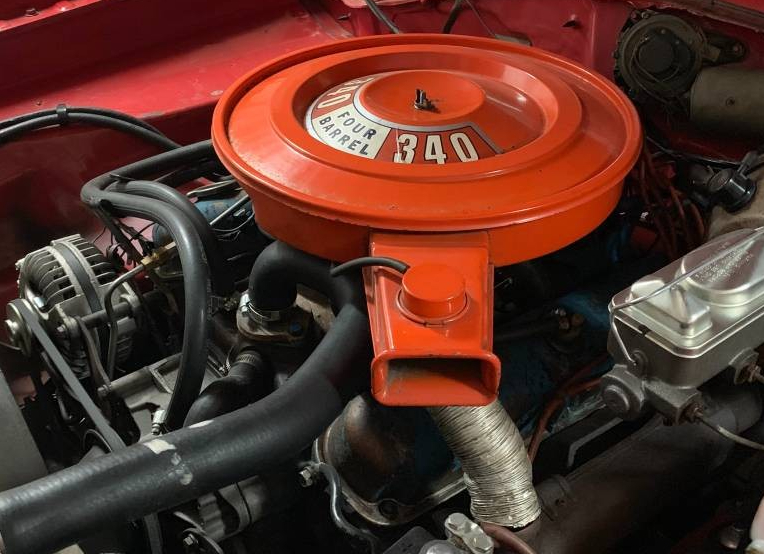 it produced 140 to 150 net horsepower. The real performance version of the Duster was the Duster 340 model which as previously mentioned was equipped with a 340 cubic-inch small-block V8 which produced 275 gross-horsepower from 1970-1971 and from 1972-1973 it produced 240 net horsepower. From 1974-1976 the 360 cubic-inch small-block V8 replaced the 340 V8. Its output ranged from 190 to 245 net horsepower depending on model year. The Duster 340 was a legitimate muscle car, the same could be said about the Duster 360. As an example the 1970 Duster 340 went 0-60 mph in 6.2 seconds and the quarter mile in 14.7 seconds. This was some serious performance back in the original muscle car era. The Duster could be equipped with a 3-speed manual transmission, 4-speed manual transmission, or a 3-speed automatic transmission.

With a total of a little over 1.3 million Dusters produced from 1970-1976, there’s no doubt the Duster had a big impact especially since so many were on America’s roads during the 1970s and 1980s. However the biggest impact was on those younger drivers who drove a Duster back in the day. They may not have had much money, but the Duster gave them a sporty car that stood out from the average car of its day.