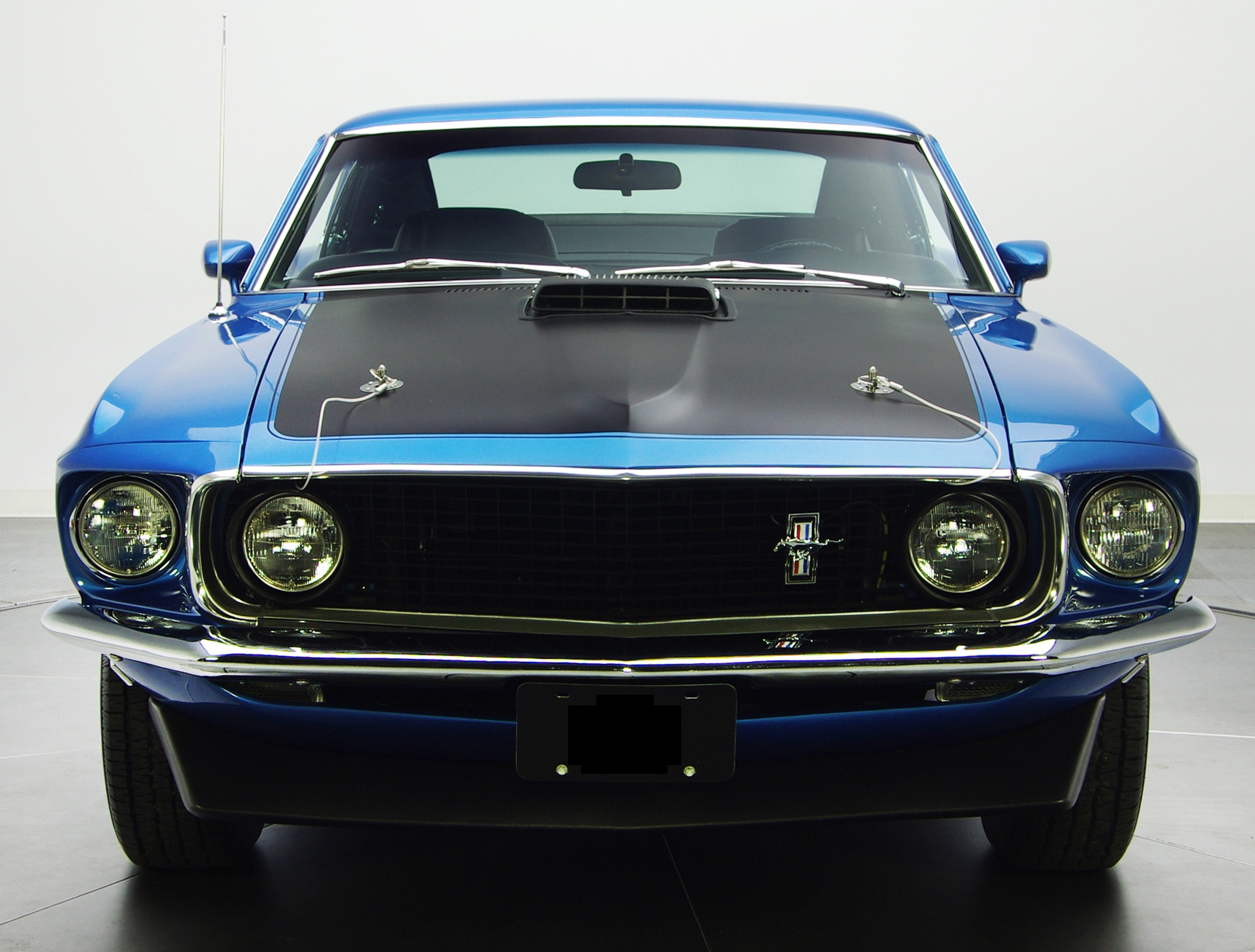 For the 1969 model year Ford released an updated Mustang which was slightly bigger and heavier than previous Mustang offerings. The 1969 styling changes gave the Mustang a bolder and more muscular look, and backing up the look was a whole array of hot performance engines. The Best of which were Ford’s FE big-block 428 cubic-inch Cobra Jet (CJ) and Super CobraJet (SCJ) V8s, which gave the Mustang true street performance credentials.

Also on the engine option list for the 1969 Mustang was the Boss 429 cubic-inch V8 which was Ford’s version of the Chrysler 426 cubic-inch Hemi V8. The big-block Boss 429 V8 was produced in very low numbers and was only found on the Boss 429 Mustang which was a limited production Mustang made only to qualify the Boss 429 for NASCAR racing duty (NASCAR required at least 500 units to be sold in a 1969 production car in order for the Boss 429 V8 to be certified for the 1969 racing season). The production Boss 429 was setup for high speed racing and though it packed a heavy punch it was the 428 CJ and SCJ that were faster in the quarter mile due to being setup for better off-the-line performance. Since the 428 CJ and 428 SCJ were part of Ford’s FE big-block V8 family, the CJ and SCJ were very sturdy and reliable engines. There were many inexpensive Ford and aftermarket performance parts available for the 428, so it’s no surprise that back in the day the 428 became a favorite among performance Mustang owners. 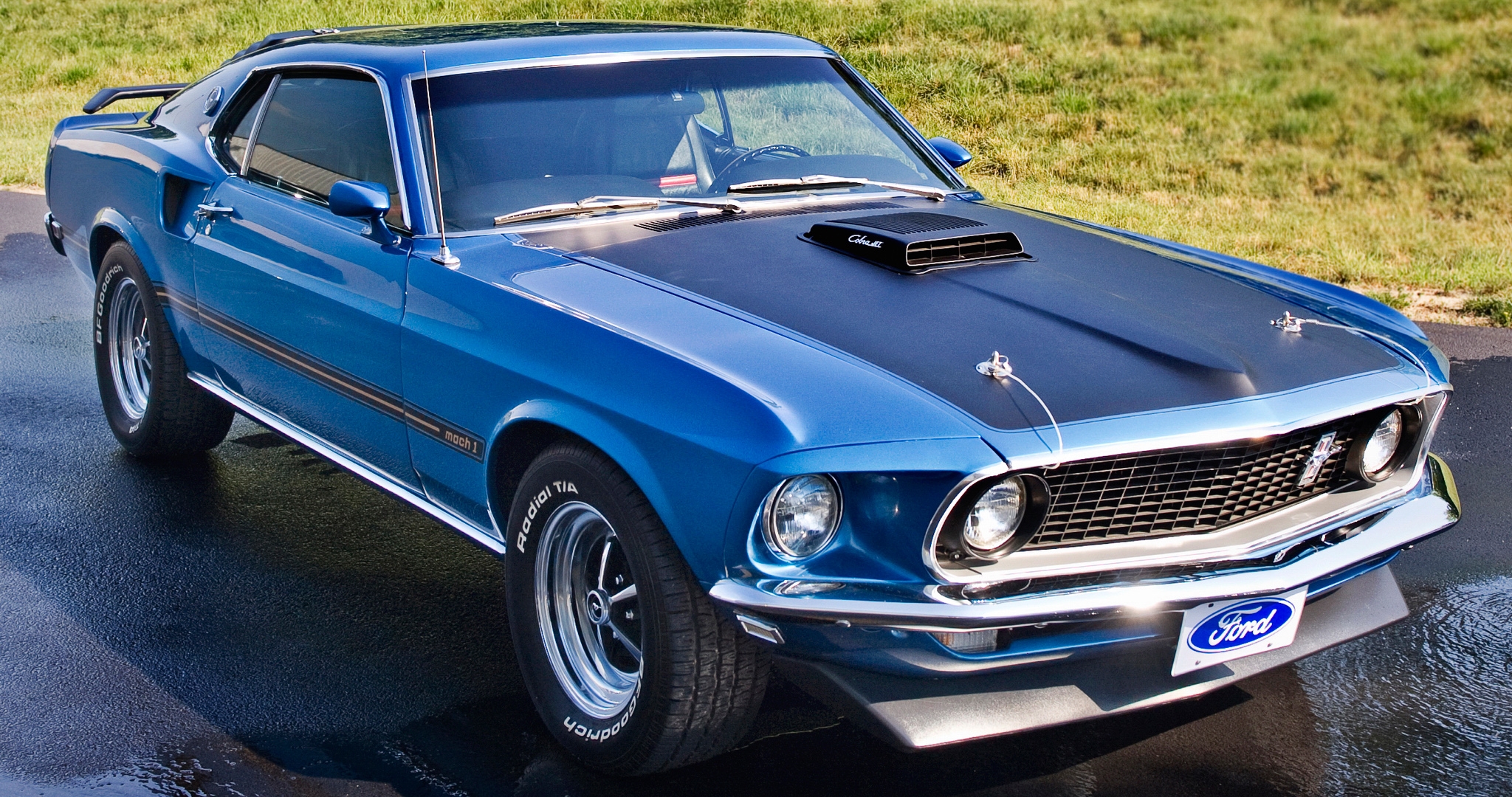 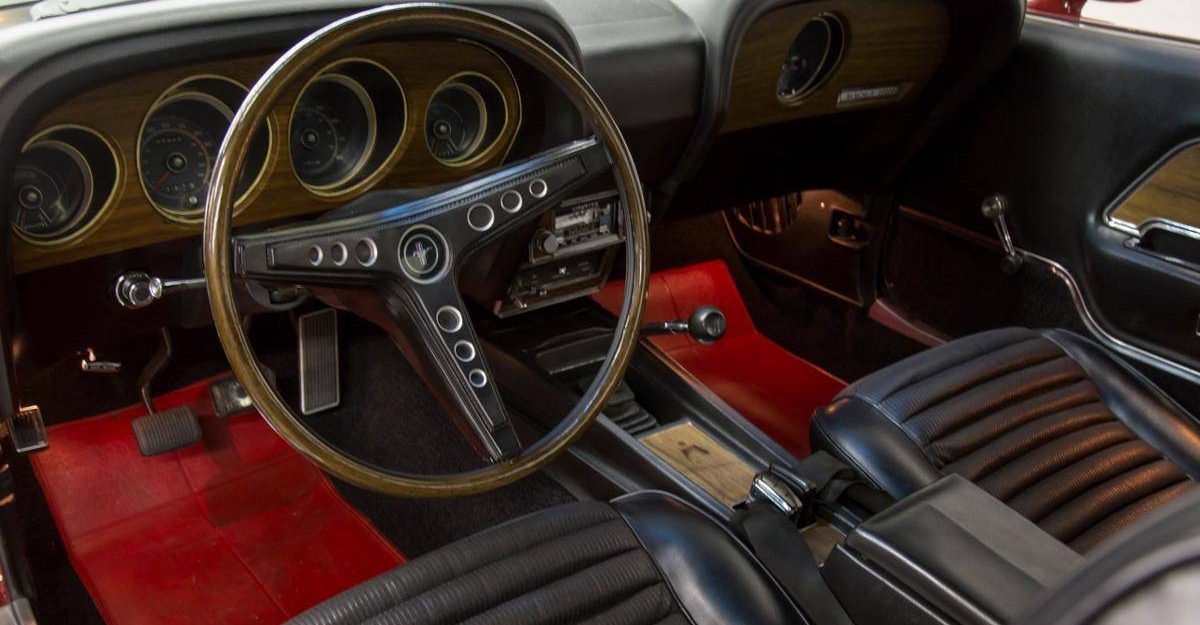 The 428 CJ and 428 SCJ were both rated at 335 horsepower which was a wink-wink – “yeah right” horsepower rating. True output for both engines touched 400 horsepower at the very least. The CJ was an engine option, the SCJ the upgraded version of the 428 CJ was what the 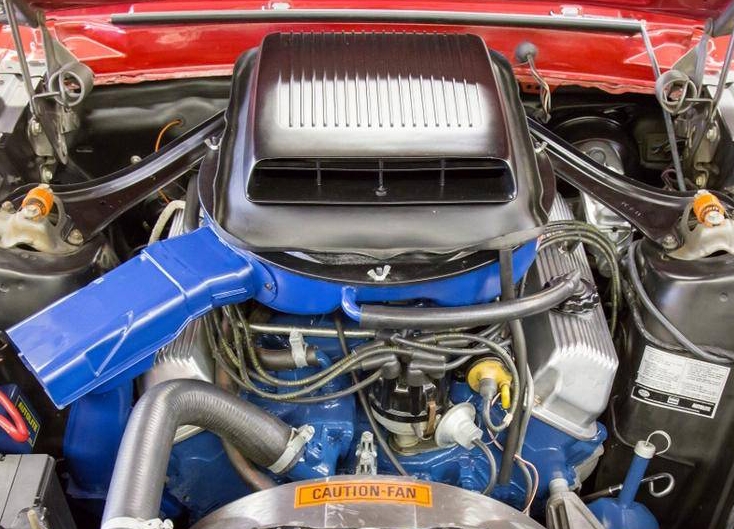 buyer automatically got when the low 3.91 rear axle ratio or 4.30 rear axle ratio was ordered. The upgrades the CJ received to become a SCJ were 427 racing sourced capscrew connecting rods, an upgraded harmonic balancer, and a few other upgrades. By the middle of the 1969 model year Ford introduced a drag pack option for the 428 (which required a 3.91 or 4.30 axle ratio with) this gave the buyer a few performance upgrades including the 428 SCJ. In essence the 428 SCJ wasn’t an official engine option because the only way it could be obtained was ordering the Drag Pack or by ordering just the 3.91 rear gear ratio or 4.30 rear gear ratio.

Both the CJ and SCJ could be ordered with the optional Ram Air induction system which consisted of a shaker hood scope with the open air inlet facing the front of the car. Worth noting, there are persistent rumors that a few early production 1969 Mach 1 CJ/SCJ Mustangs may have left the factory with the 1968 Mustang’s fixed hood Ram Air hood scope. A 1969 Mustang equipped with the 428 CJ or SCJ with Ram Air was factory rated at 360 gross horsepower which was still ridiculously underrated. With the Ram Air option true horsepower was at least 410.

The 1969 Mustang Mach 1 equipped with the 428 CJ or SCJ went 0-60 mph in 5.5 seconds and the quarter mile in 13.9 seconds at around 103 mph. Very impressive indeed, it would be the pinnacle of Mustang performance for the average performance buyer. It would be a very long 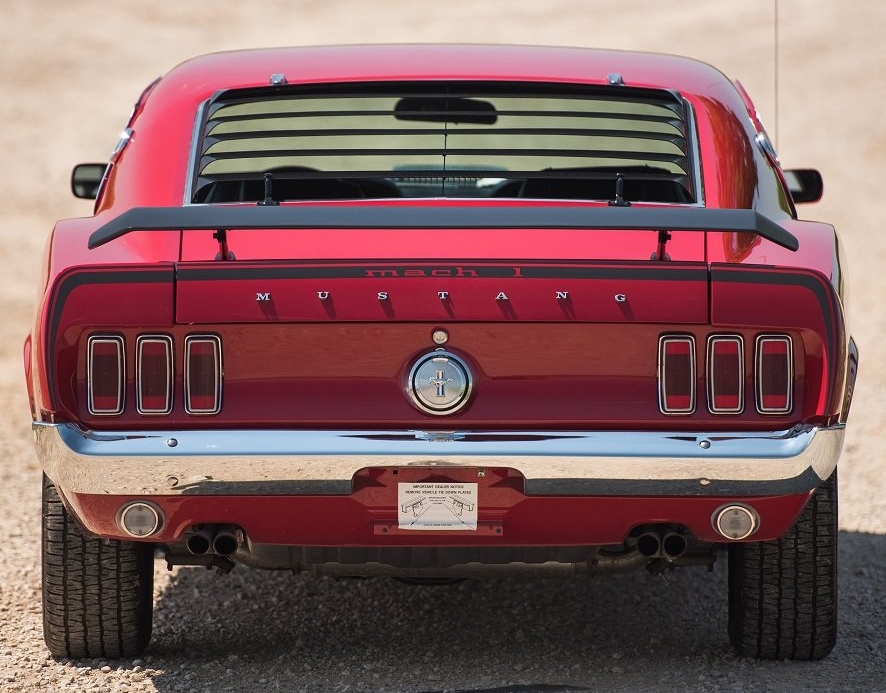 time (about 4 decades) before another reasonably priced Mustang that the average buyer could afford, would surpass these performance figures. Ford did a slight update to the 1970 Mustang but continued the Mach 1 option and the availability of the 428 CJ and SCJ. For 1971 the big-block 429 CJ and SCJ officially replaced the 428 CJ and SCJ. Surprisingly both the CJ and SCJ equipped 1969 Mustangs can be obtained for reasonable prices even in today’s high priced classic car market when compared to the Shelby and Boss Mustangs from the same era. Count on the prices of the 1969 Mach I CJ and SCJ Mustangs to skyrocket in the near future.