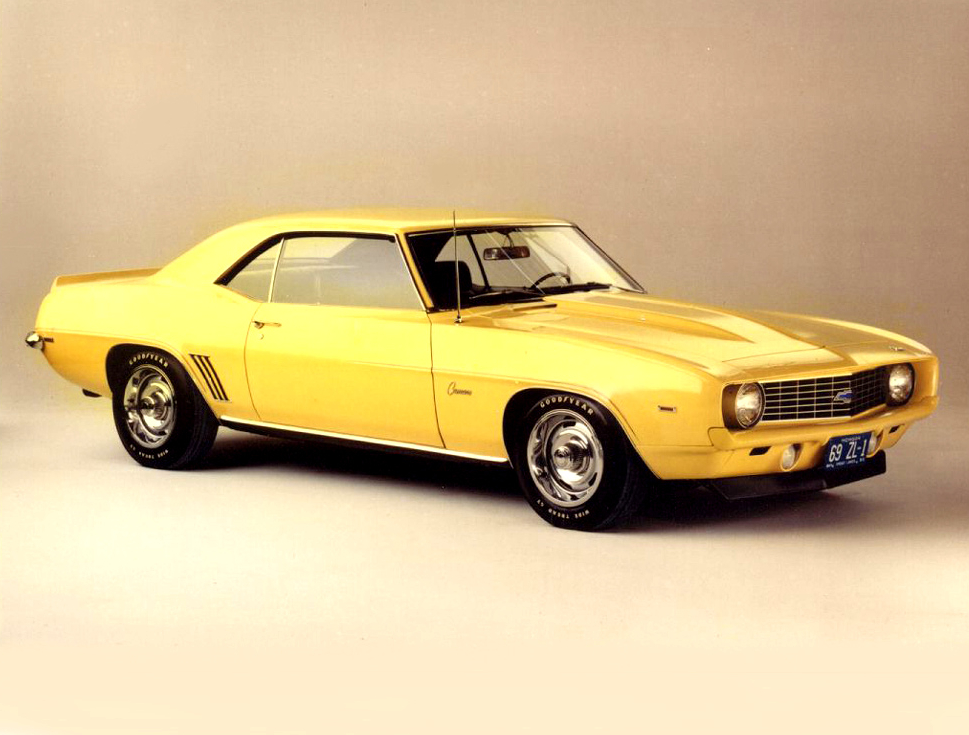 Back in the 1960s, when American muscle cars were everywhere, there were many formidable muscle cars however there was one that stood out among this crowd. It wasn’t because it had flashy graphics or other stand out cosmetic muscle car add ons or a fancy ad campaign. Quite the contrary, even though this car had a sporty appearance it looked budget oriented and gave no warning for what its awesome performance potential was. This very special vehicle was the 1969 Camaro ZL1.

On the outside it looked like a bare bones 1969 Camaro that would have had a straight-six cylinder engine or an underpowered small-block V8 under the hood. With its lack of any special decal package and its budget looking wheel covers the Camaro ZL1 had the look of a no frills rent-a-car. Only the cowl induction hood and dual exhaust pipes gave the slight hint it could possibly be a performance car. In other words compared to most 1969 model year muscle cars the Camaro ZL1 looked very understated. 14-inch Rally wheels and a rear decklid spoiler could also be ordered to give the Camaro ZL1 a sportier look. It was the hidden unseen 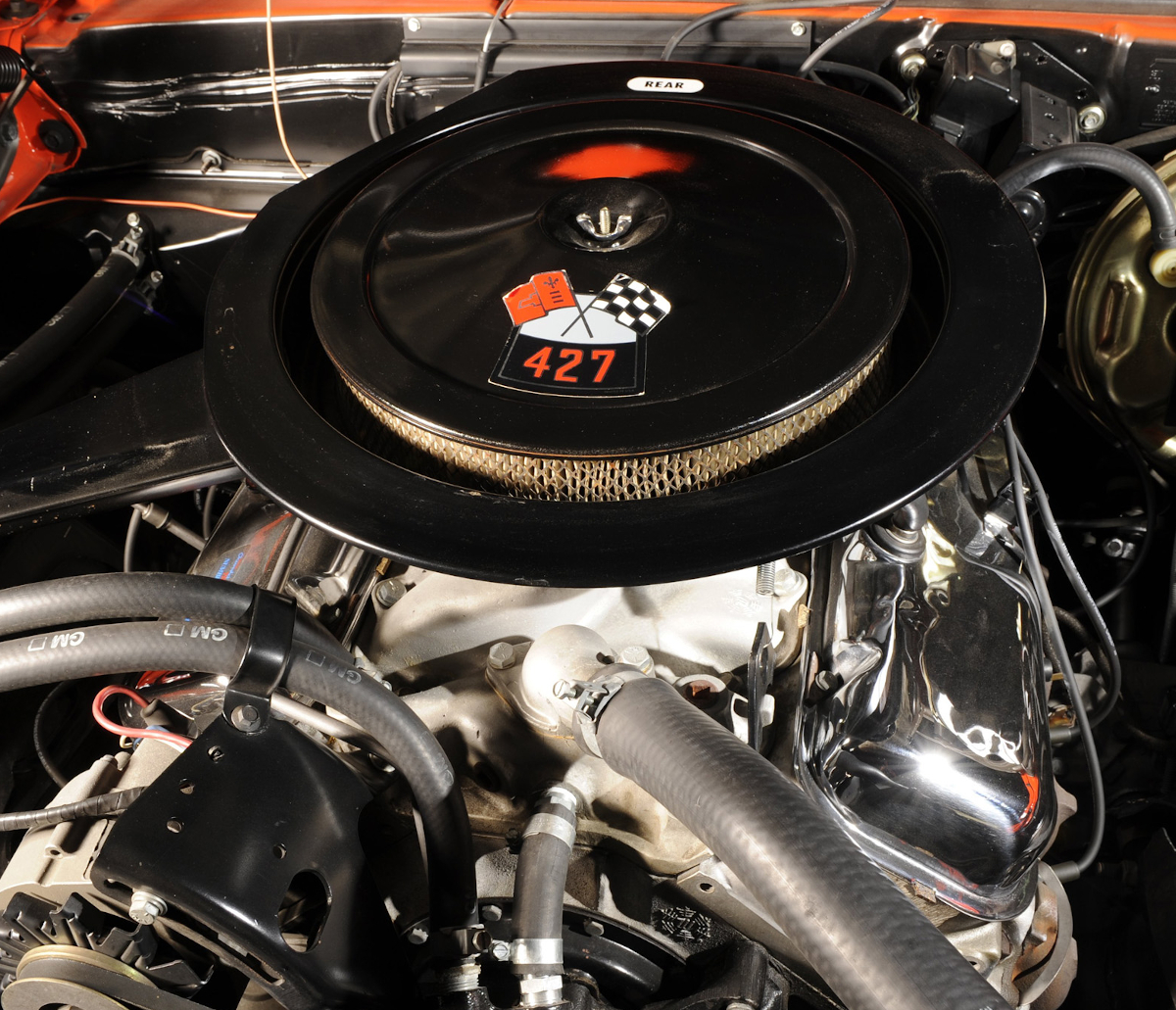 items that made the Camaro ZL1 so special. It had the great handling F41 suspension, a 4:10 rear axle ratio, power front-disc brakes, and Chevrolet’s ZL1 427 cubic-inch big-block V8.

The ZL1 427 was by far Chevrolet’s best performance engine of the original muscle car era. It had a compression ratio of 12.5:1, a racing spec camshaft, an aluminum intake manifold, and a double-pumper 850 cfm Holley 4-barrel carburetor. It was Chevrolet’s only production big-block V8 to have an aluminum engine block and aluminum heads which decreased overall engine weight. The reason for the the Camaro ZL1’s existence was to qualify the Camaro ZL1 for National Hot Rod Association (NHRA) competition. According to NHRA’s rules a minimum of 50 had to be produced to qualify. The idea originated from Dick Harrell, a professional drag racer and Fred Gibb who owned Gibb Chevrolet an Illinois Chevrolet dealership. Gibb Chevrolet would officially order these Camaro ZL1s through Chevrolet’s Central Office Production Order program (COPO for short). Only a little more than 10 were sold by Gibb Chevrolet the rest were eventually sold by other Chevrolet dealerships

Only 69 Camaro ZL1’s were produced for the 1969 model year, two of these had the RS appearance package which included hidden headlamps and other sporty items. 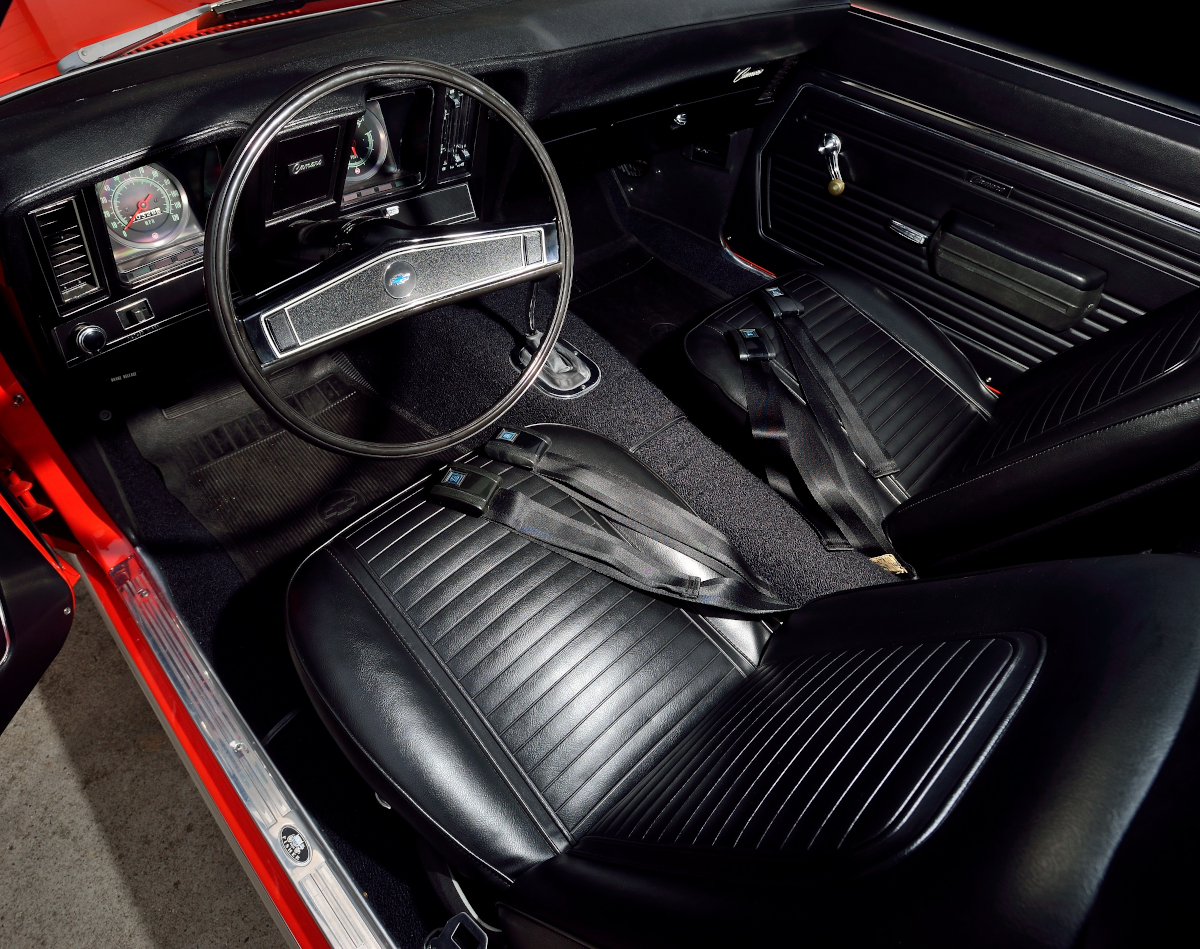 The reason for the low production was the extremely high price of the Camaro ZL1, it had a base price of $7,200 which was $500 more than the base price of Cadillac’s top luxury car at the time, the 1969 Eldorado. This was price was way over what most muscle car buyers could afford at the time.

The ZL1’s interior was as spartan as you were going to find in a 1969 Camaro. There were bucket seats but the rest of the interior was that of a base Camaro with no options. The Camaro ZL1’s main mission was being a quarter mile drag race car and options added unnecessary weight. This is why the Camaro ZL1 didn’t even have a radio.

Even if a 1969 Camaro ZL1 was not purchased for NHRA competition, due to its incredible available power in a pedestrian Camaro made it well worth its very high price tag. Even in 100% stock tune the Camaro ZL1 ran the quarter-mile in about 13.1 seconds making it one of the quickest factory production muscle cars of the golden era. However with some performance tuning, a set of rear racing slicks, and exhaust headers the Camaro ZL1 easily broke into the 11 second quarter mile range. Now that’s super car fast by even today’s standards. There’s no doubt the 1969 Camaro ZL1 was the ultimate golden era performance car.