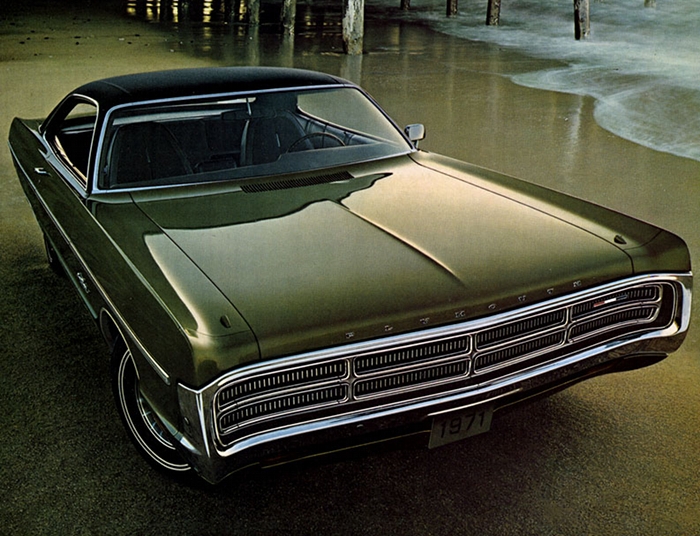 The Plymouth Fury which first debuted during the mid-1950s, quickly evolved into a very attractive bold sporty full-size car for 1957-1960. By 1961, the Fury had more conservative boxy styling. The 4-door 1962 Fury was Ward Cleaver’s car in later episodes the Leave to Beaver TV show. As the 1960s progressed Fury styling continued to get more conservative. Then in 1969, all of the Chrysler Corporation’s full-size cars had a major redesign which gave them attractive sleek big car styling.

For 1969, the Fury was the recipient of Chrysler’s full-size C-body platform’s new styling. This new styling was referred to as the fuselage styling due to the curved side body panels. It can’t be emphasized enough how important it was that the Fury now had attractive sporty styling especially in 2-door form. The full-size 2-door car market was a big market since it allowed families to own a sporty 2-door car which had enough room for 6 adults, this allowed these sporty 2-door cars to haul kids around town and lots of groceries in the trunk. In other words a full-size sporty 2-door like the 1969 Fury gave a family a sporty car that was 100% functional in day-to-day family duties. The Fury’s overall body styling remained the same from 1969-1973 with only moderate updates from year-to-year. The Fury during these years was available in a 2-door hardtop, 2-door convertible, 4-door coupe, 4-door sedan, and 4-door station wagon. There were numerous trim levels offered during these model years, the Fury I, Fury II, and Fury III were the most popular.

The best performance oriented Fury model was the 1970-1971 Sport Fury GT, it was as sporty and attractive as a Dodge Charger, and had as its standard engine a high-performance 440 cubic-inch V8 along with standard dual exhaust with chrome tips and a special handling package. For 1970, surprisingly the 390 horsepower 6-pack 440 V8 was on the Sport Fury GT option list. It was listed on the option list for 1971 but it never made it into any Fury models for 1971.

Worth noting, the 440 V8 powered 1969-1973 Fury police cars were popular among the different police forces especially for highway patrol duties, and as you can imagine these Furys were feared by speeders back in the day. They were very hard to outrun with a top speed of close to 150 mph for the 1969-1971 high-performance 440 V8 Fury police cars.

It can’t be stressed enough, that the Plymouth Fury’s styling was very bold and helped to differentiate the Fury from the large cars offered by GM and Ford at the time. The 1968 Fury had very conservative body styling which was very similar looking to GM’s big cars at the time, its double decker headlight design appeared to be copied from Pontiac’s full-size mid-1960s car offerings. The 1969 Fury was a breath of fresh air since no matter which Fury model was ordered, it was a unique car that could not be mistaken for anything GM or Ford produced. The styling was uniquely Mopar and though there were mild updates from 1969 through 1973, the same basic attractive overall shape didn’t change. The mild changes consisted of mostly of revised front-end and rear-end styling changes. Even today it’s so easy to identify a 1969-1973 Fury. If one confuses it with another car it’s a usually with another 1969-1973 Chrysler or Dodge fuselage styled model. Even so Plymouth managed to do a great job of differentiating the Fury’s styling from other Chrysler and Dodge fuselage cars. The tall curved door and side panels were the brilliance of 1969-1973 Chrysler fuselage design, which necessitated the shorter in height side windows. It gave these fuselage Mopars a very unique styling that would never be copied by any other automaker. 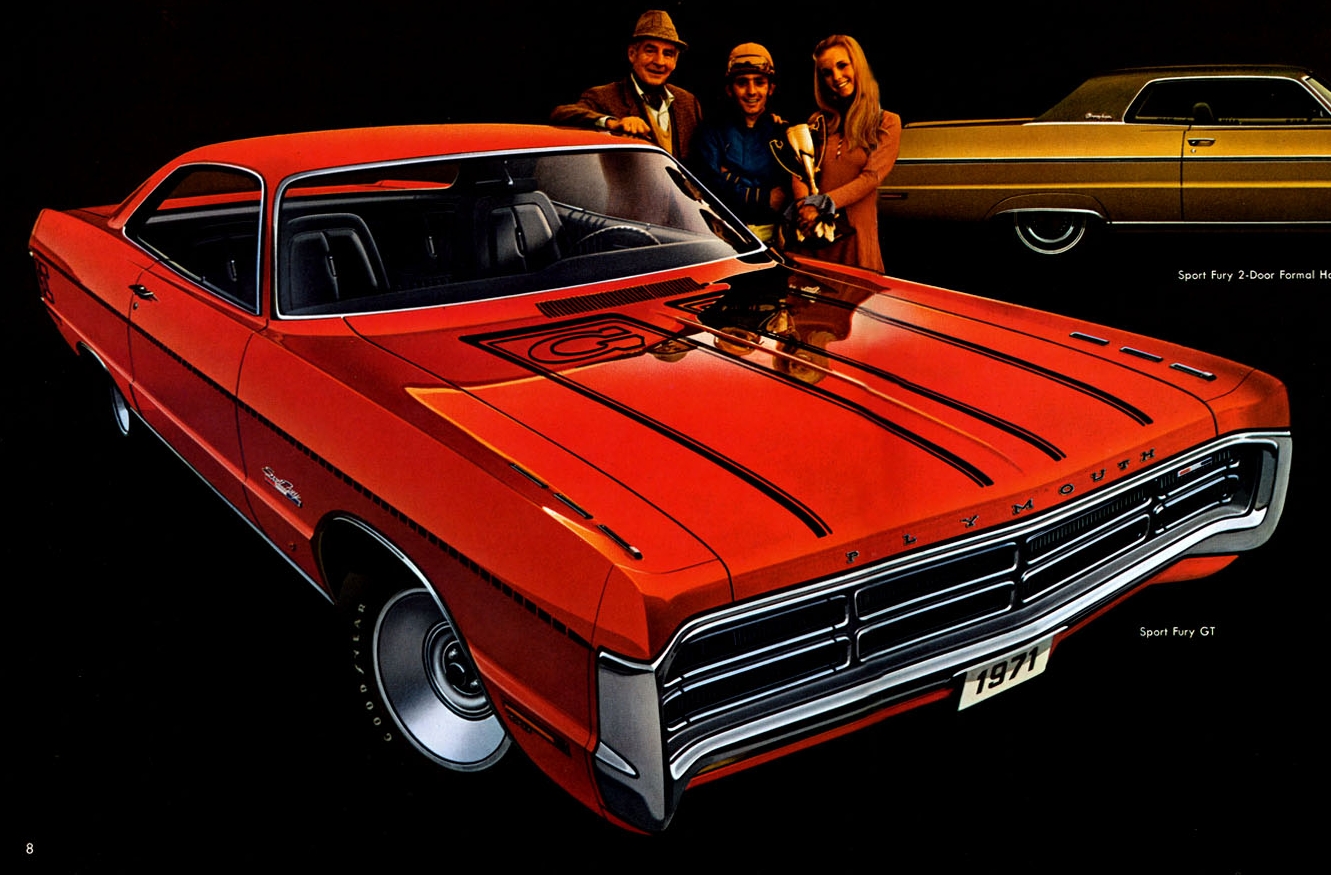 The Fury’s styling was a real winner, during this time it improved from year-to-year. Starting in 1970 and continuing through the 1972 model year the Fury received a very sporty Dodge Charger type wrap-around front bumper treatment. When equipped from 1970 through 1972 with hidden retractable headlights the front end gave the Fury even more of a Dodge Charger look.

Another aspect often overlooked about the 1969-1973 Fury was it had unibody construction which most new cars use today. GM and Ford for its large cars during this

time period used the older body-on-frame design. Fury sales were very strong during the 1969-1973 model years, it was Plymouth’s golden era. When an all-new Fury arrived for 1974, it was back to conservative styling. Plymouth would continue on but it would slowly fade away until its final demise in 2001. Big cars like the Plymouth Fury would also see their final demise, but the 1969-1973 Fury’s unique very elegant fuselage styling, ironically lives on in the current 2018 Dodge Challenger.