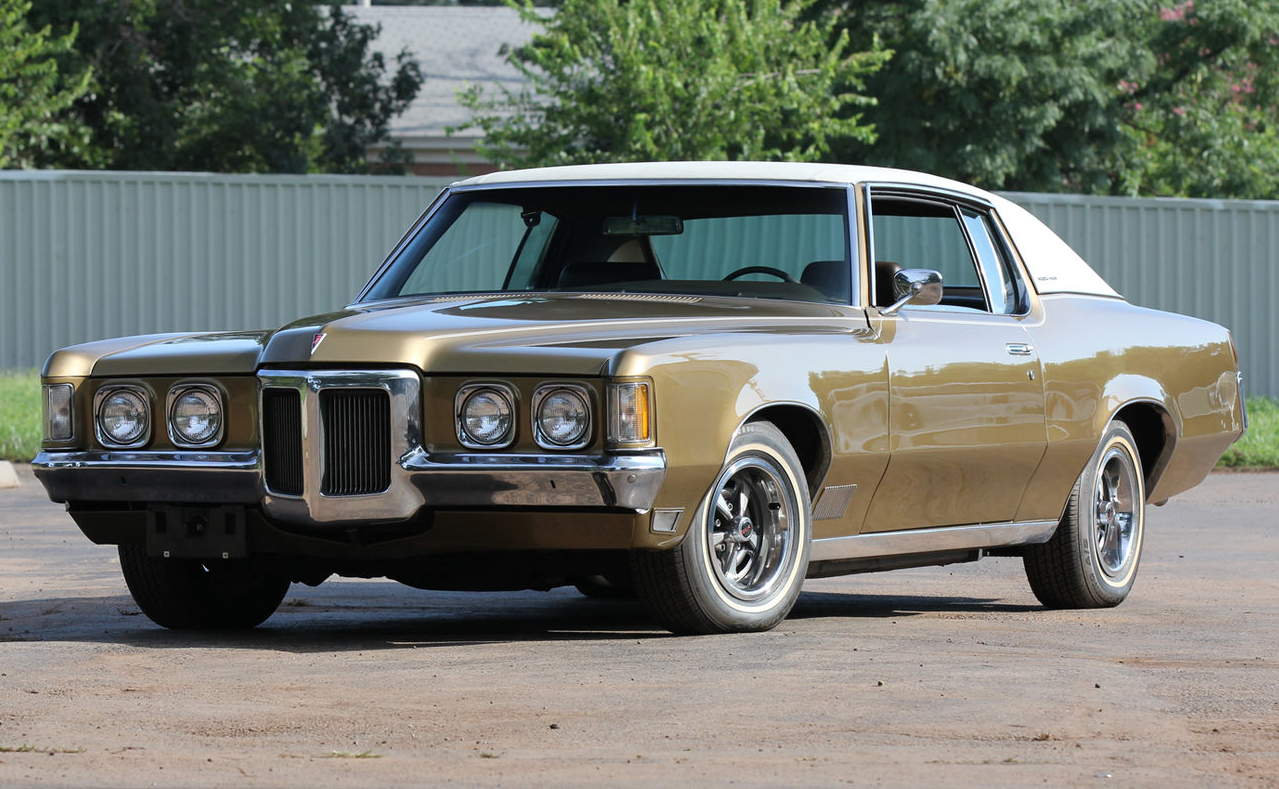 There’s no doubt that Pontiac’s 1960s era cars would not have been as exciting as they were without the vision, insights, and pure determination that GM Automobile Engineer and later Executive, John DeLorean had. He and his team of talented automobile designers and engineers took what would have been ordinary cars and made them exciting. One of the best examples of this was the 1969-1970 Pontiac Grand Prix. It was car like no other car on the road at the time.

The Grand Prix was first released for the 1962 model year, it was a sporty personal luxury 2-door car which Pontiac released to compete with the Ford Thunderbird. It had the the performance and luxury to make it a popular choice among buyers. As the 1960s progressed, large sporty 2-door cars were losing sales to mid-size 2-door muscle cars. John DeLorean saw this trend and took a very big gamble for the 1969 model year. He moved the Grand Prix from its full-size GM B-body platform to GM’s mid-size A-body platform that was used by Pontiac’s 2-door muscle car, the GTO. However there was a catch. The 1969 Grand Prix did not use the 2-door version of the A-body platform like the GTO, it would instead use the longer length 4-door version of the A-body platform which was a first at the time for any GM 2-door car. This enabled the Grand Prix to look considerable larger than a mid-size 2-door GTO with the longer elegant exterior look of a full-size 2-door luxury car, yet still be smaller than it’s full-size predecessor, the 1968 Grand Prix. 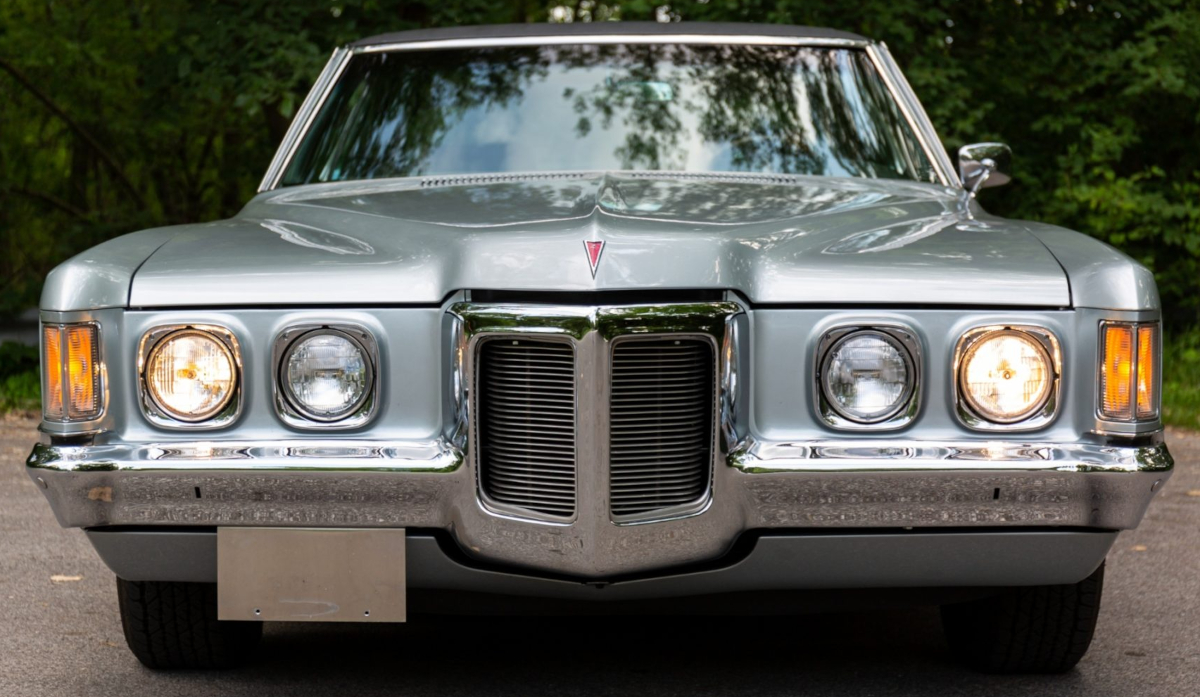 The overall exterior styling of the 1969-1970 Grand Prix looked more lean, refined, and sporty than the 1968. The 1969-1970 Grand Prix’s design had a very long hood, a short decklid, and a semi fastback roofline which combined gave the Grand Prix a very sporty and modern look. It even had special unique streamlined door handles. It also had a protruding front chrome grille and quad headlights along with a rear design that added to its overall modern and sporty look. The reason why the styling of the 1969-1970 Grand Prix was so unique was due to its crazy proportions especially with the protruding front grille and having the longest hood of any new car back then. These would most certainly make any car ugly however the brilliance and boldness of the overall exterior design resulted in very attractive exterior styling that appealed to both traditional 2-door luxury car buyers and performance car buyers. As an added bonus Pontiac offered the GTO’s famous hood tach as a dealer installed Grand Prix option for 1969-1970.

The Grand Prix for 1969-1970 was available in two different models, the Model J was the base model while the Model SJ was the more upscale model. The best pick for the luxury car fan or performance car fan was the Grand Prix SJ. It was the perfect combination of true performance and luxury. Even though the Model J had not as much luxury flair especially in the interior than the SJ however the J was no slouch when it came to luxury with plenty of standard features and options. Pontiac went to great lengths to achieve perfection with the 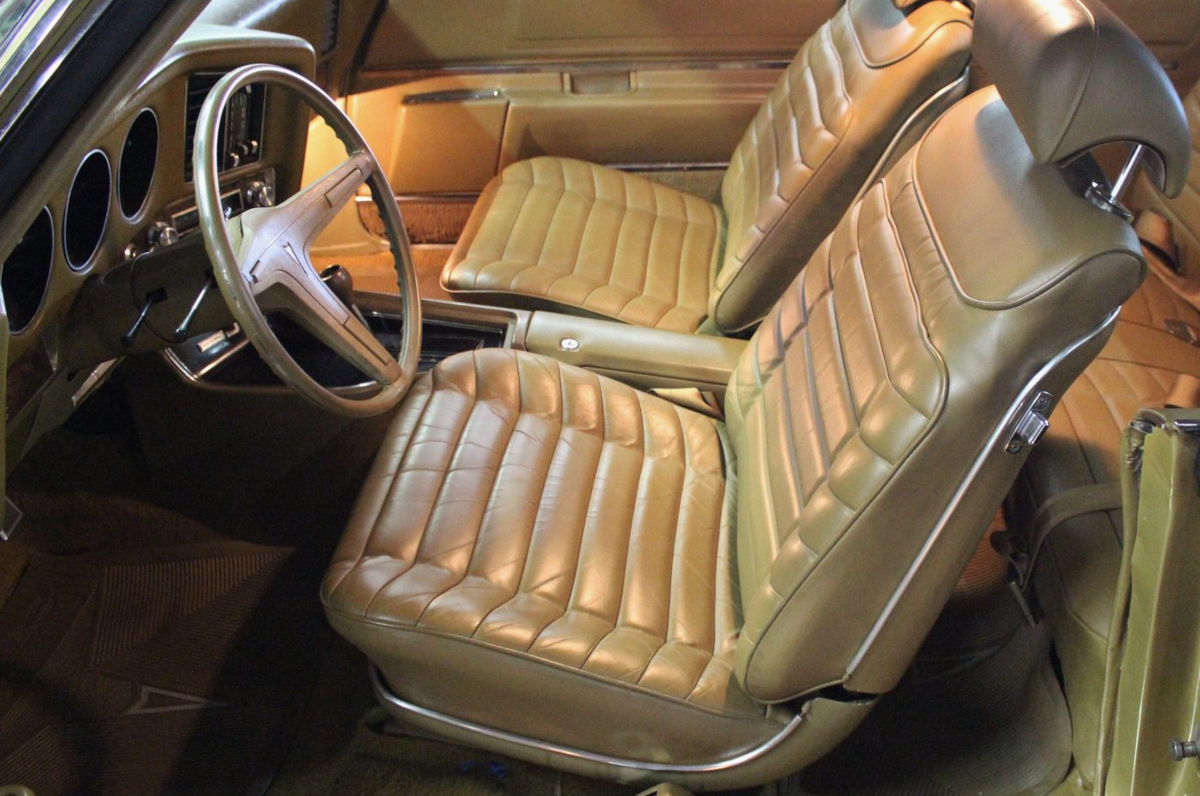 1969-1970 Grand Prix when developing the interior, it was very upscale yet also extremely modern with a dash design that curved around the driver. It was one the best looking interior designs of its era. There was even a leather seat option for both the Model J and Model SJ. 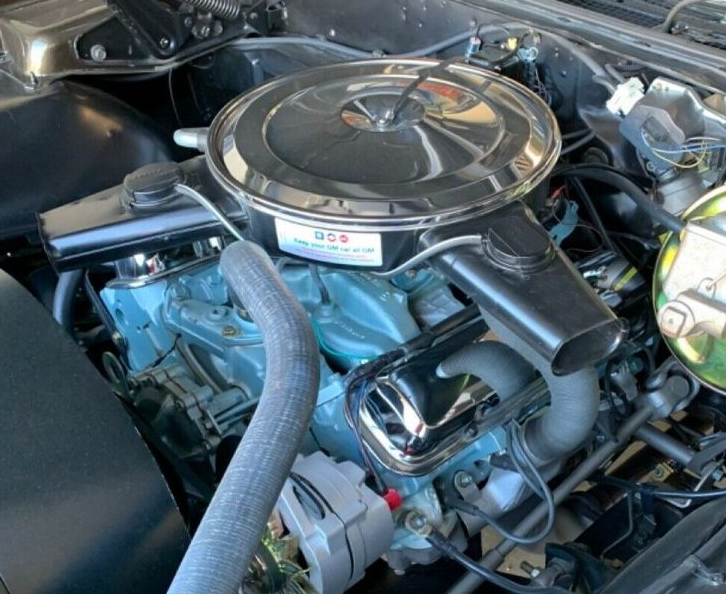 equipped 1969 Grand Prix went 0-60 mph in 6.8 seconds and the quarter mile in 14.5 seconds, which was just as fast as the lighter in weight Pontiac GTO and many other legitimate muscle cars of this era. This kind of performance in a luxury car was unheard of at the time, even in a sporty 2-door luxury car.

For 1970 the 428 was replaced by Pontiac’s all new 455 cubic-inch V8 and the 370 gross-horsepower High Output version of the 455, called the 455 HO, was the 1970 Grand Prix SJ’s standard engine. The good news was the 1969 and 1970 Grand Prix J model could be equipped with any of the the 1969-1970 SJ’s engines for extra cost of course. The 1969-1970 SJ could be equipped with either a 4-speed manual or a 3-speed automatic transmission. Same was true with the 1969-1970 J except a 3-speed manual transmission was also available with the Model J. Unfortunately there were very few buyers that ordered these two manual transmissions, a vast majority of buyers instead opted for the automatic transmission.

Additionally the 1969-1970 Grand Prix was heavy enough to have the ride quality of a larger luxury car which luxury car buyers wanted. However it also had the steering, braking, and handling closer to that of a performance car than a luxury car and on par with some of the best performance cars of this era when equipped with the optional handling package.

There was a very special low production 1970 Grand Prix SSJ which was a joint venture between Hurst Performance, INC and Pontiac. Though the SSJ had the look of a serious muscle car no extra horsepower or performance was offered under the hood that was not available with the same year Grand Prix, however the SSJ added extra performance related options and had two wild exterior paint schemes to choose from. The Hurst SSJ package was also available on the 1971 and 1972 Grand Prix which had more formal exterior styling than the 1969-1970 Grand Prix.