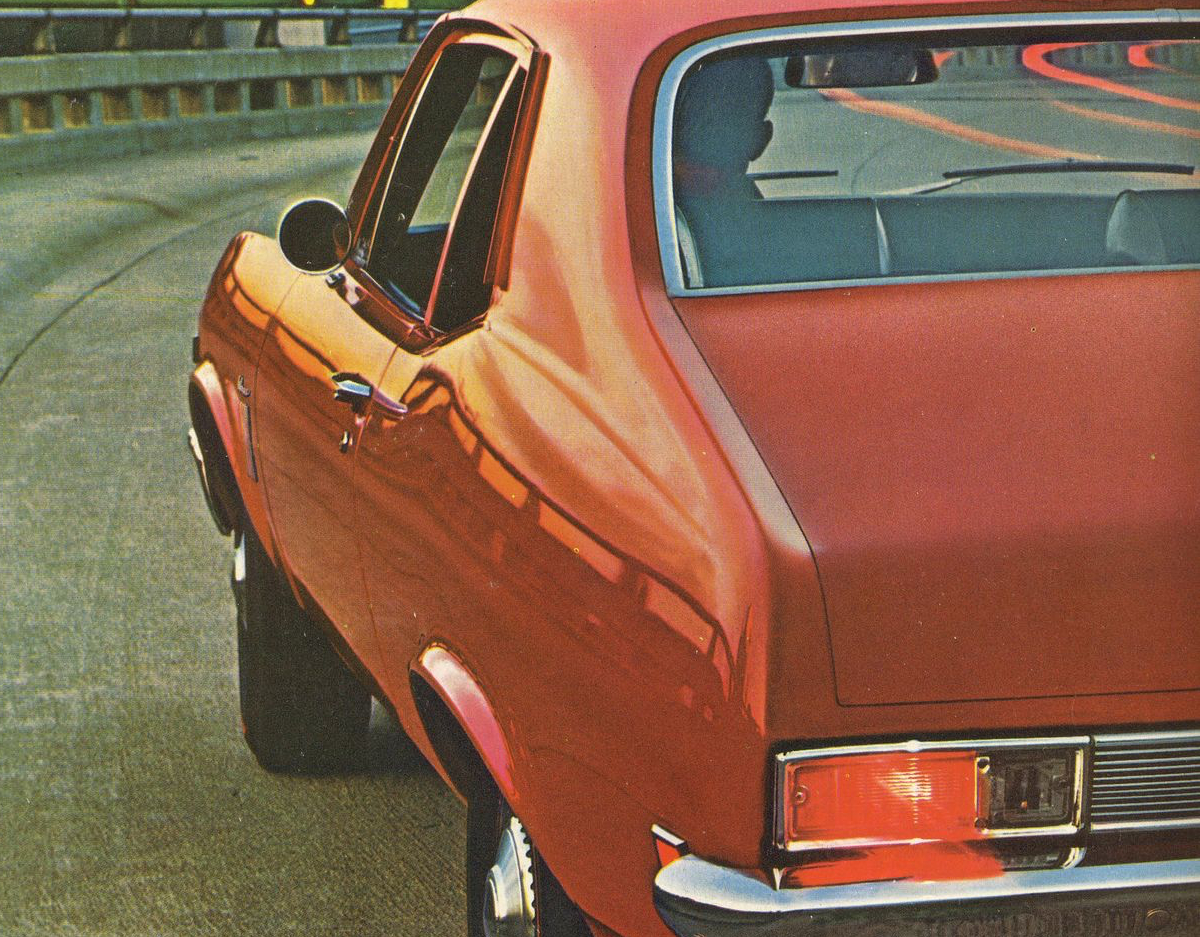 The successful release of the 1960 Ford Falcon started the rapidly growing American compact car segment. Chevrolet countered with the release of its compact car offering the 1962 Chevy II which was built on GM’s new X-platform. Back in 1962, the Nova was the top trim level model of the Chevy II. This would remain the case through the 1967 model year, starting in 1968 the Chevrolet X-platform offering would be called the Chevy II Nova. For the 1969 model year the Chevy II name was dropped and all X-platform Chevrolets would continue to have the Nova name through the 1979 model year.

For the 1968 model year Chevrolet redesigned the Chevy II Nova giving it a tough more muscle car like look. Its exterior design looked stubby yet it was larger and had a longer wheelbase than its predecessor. The 1968 Nova had a 111-inch wheelbase which would be considered a long wheelbase today, back in 1968 this wheelbase was in mid-size car territory. However the Nova’s 189.4 inch length classified it as a compact car. Unlike previous Chevrolet X-platform offerings, the 1968 Nova was not available in a station wagon configuration. The 1968-1974 Nova was offered in a 2-door coupe and a 4-door sedan. For 1973-1974 Chevrolet added a 2-door hatchback coupe to the lineup. Overall the 1968-1974 Chevrolet Nova would end up being a big sales success and would even facilitate the spin-off during the 1970s decade of other GM division X-platform offerings such as the Buick Apollo, Pontiac Ventura, and Oldsmobile Omega, all of which were good sellers.

Out of all the compact cars produced during the 1960s and 1970s, today the 1968-1974 Nova remains the most sought after. Today the Nova now has broad appeal due to its attractive muscle car like styling, this type of styling was not common back in the day among inexpensive compact cars. The 1968-1972 Nova had very slight exterior changes, however the 1973-1974 Nova had a facelift, rear taillight changes, and new larger front and rear bumpers. Though many 1968-1974 Novas were equipped with fuel sipping 6-cylinder engines, this hasn’t hurt the appeal of the Nova. Of course the ease of dropping in a small block or big block V8 under a 1968-1974 Nova’s hood also adds to the Nova’s appeal. Especially since the Nova is so lightweight its power to weight ratio was far superior to most muscle cars during the golden era when 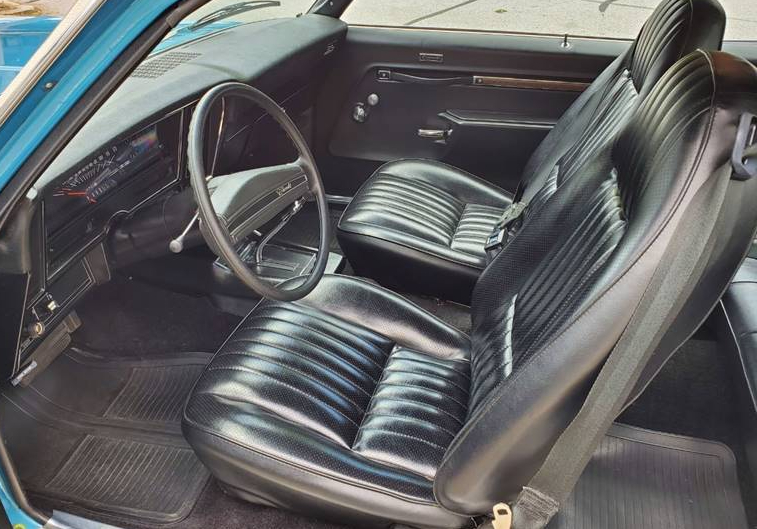 equipped with a high performance V8. Even its very spartan taxi cab in appearance interior doesn’t diminish car enthusiasts admiration of the Nova. The Nova’s interior may have been budget oriented but it was very functional. 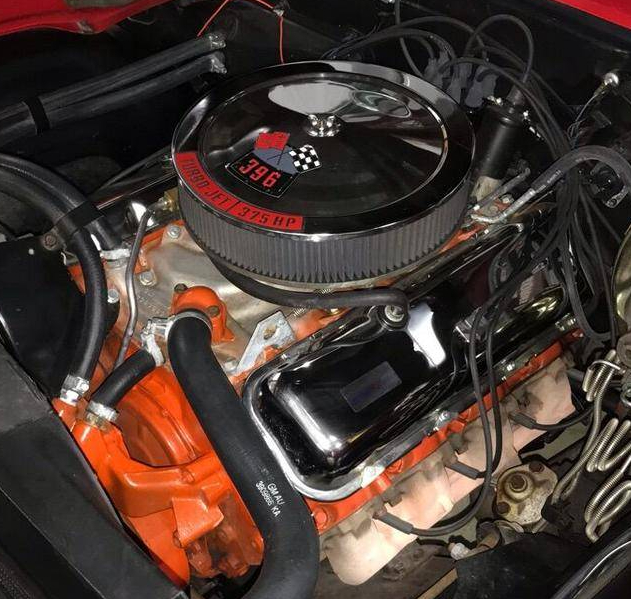 available with either 275 or 325 gross horsepower. During all years of the 1968-1974 Nova different versions of Chevrolet’s small-block 350 cubic-inch V8 were available. It would grow in popularity and by 1973 it would become the Nova’s most popular engine. 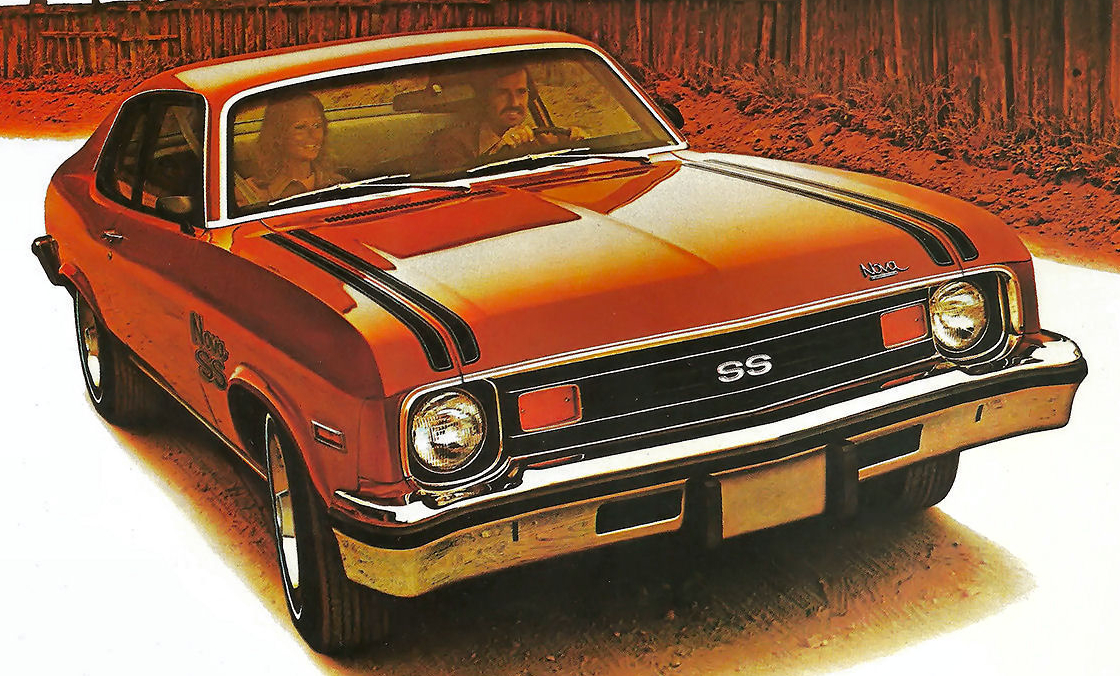 The 1968 and 1969 model years where the pinnacle of Chevrolet’s COPO program but unlike the COPO Chevrolet Chevelles and Camaros at the time which could be ordered with a 427 cubic-inch V8, the largest displacement engine that could be ordered through COPO for a Nova was a 396 cubic-inch V8. However that didn’t stop Chevrolet dealerships like Yenko from doing their own 396 to 427 V8 engine swaps in the 1968-1969 Nova which created one of the fastest cars of this era. Yenko did this swap for only the 1969 model year but it had a lasting impression. For example the 1969 Yenko SC 427 Nova equipped with the L72 427 V8 with just the addition of racing slicks was capable of a quarter mile time of just under 11 seconds. Worth mentioning Yenko also produced 175 1970 Yenko Deuce Novas which Yenko transplanted Chevrolet’s 360 gross horsepower LT1 350 cubic-inch V8 under the hood. For 1971 and 1972 there was a sporty Rally Nova package which available on any 2-door Nova with the 250 six-cylinder, 307 V8, and L65 350 V8.

The 1968-1974 Nova’s main mission was to be an inexpensive reliable compact car, a job which it performed well. Even though the Nova did have some options like bucket seats it was still a bare bones car. During its production life it was an inexpensive Chevrolet for the low dollar end of the car market. For instance back in 1968, the average cost of a new car was just a little above $3,400 and a 2-door 1968 Nova coupe had a base price of only $2,284. Chevrolet and even Nova owners back in the day could not predict that the 1968-1974 Nova would eventually become one of the most popular classic compact cars. Today according to NADA’s price guide this same 1968 2-door Nova coupe has a high retail price of $27,200. And for the mint conditioned high performance versions of the Nova expect to pay a lot more. Part of the 1968-1974 Nova’s appeal is due to the performance reputation the SS model built and how easy it is to drop a high performance small-block or big-block Chevrolet V8 under the hood. Another part is the Nova’s exterior design that has aged so well and has become one of Chevrolet’s great exterior designs of that era. The final part is that the Nova is easy to work on and very mechanically reliable. In conclusion Chevrolet when it made the 1968-1974 Nova, created a legend that would only grow in popularity as the years passed.