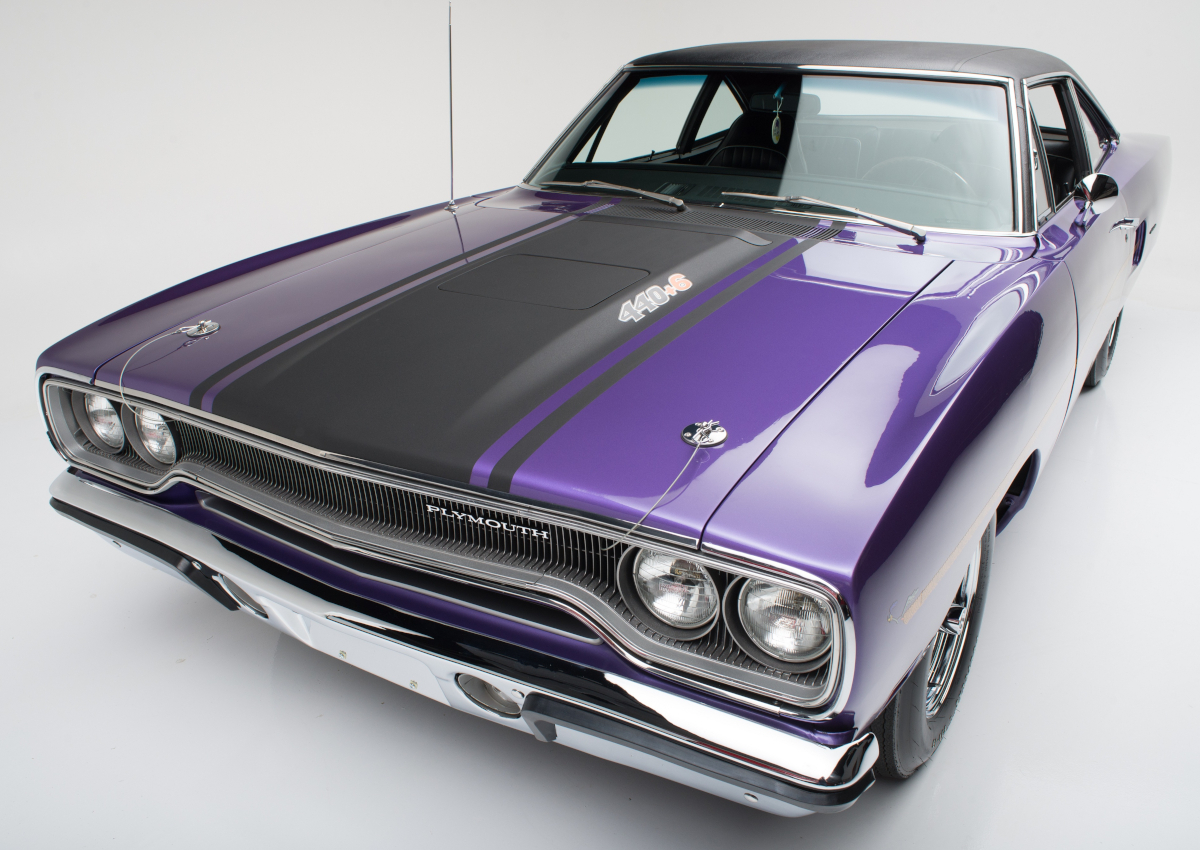 The Road Runner was first introduced for the 1968 model year and was built on Chrysler’s redesigned for 1968, B-Body platform. Concerning aesthetics, The 1968 Road Runner was as basic as it got, it was standard with the Plymouth Belvedere’s front bench seat, spartan dash, and very plain interior design which included a standard rectangular speedometer. The Belvedere was Plymouth’s very low cost B-Body platform car that appealed to frugal buyers, law enforcement agencies, and taxi cab companies. Most younger muscle car buyers with limited funds weren’t bothered with having a spartan interior with few options. They wanted mandatory high performance items such as dual exhaust, a heavy duty suspension, and a large displacement high performance V8. The 1968-1970 Plymouth Road Runner delivered all these items for a bargain basement base price. As an example the 1968 Road Runner had a base price of only $2,896, most 1968 model year American muscle cars had base prices over $3,000. 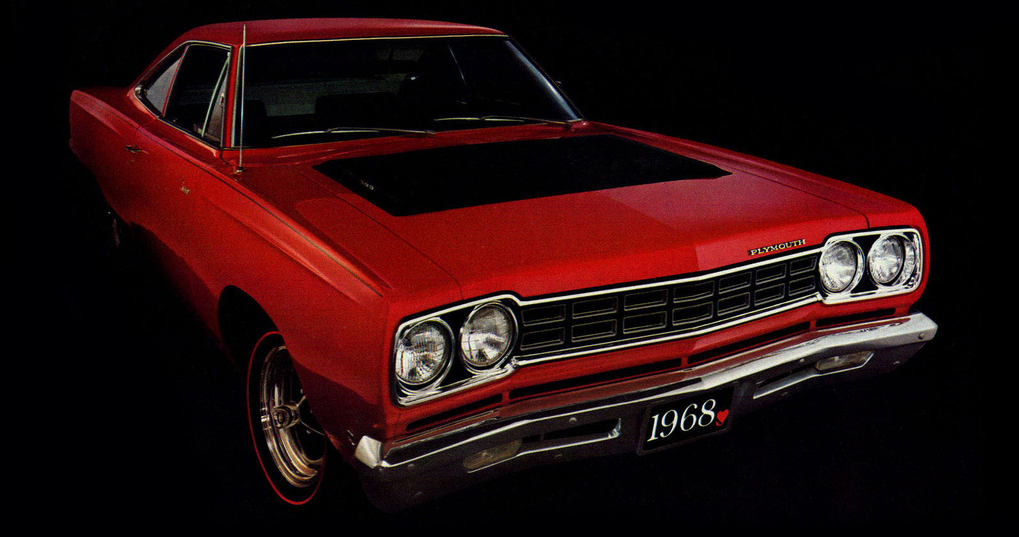 The 1968-1970 Road Runner did have fantastic exterior styling, it was Chrysler B-body’s fuselage styling at its best. The same overall exterior car body lines were shared with the other Chrysler Corporation’s 2-door 1968-1970 B-body cars such as the 1968-1970 Dodge Charger which was arguably the best looking Charger series ever built. The Road Runner didn’t have the Charger’s hidden headlamps and more upscale looking exterior trim. The genius in the Road Runner’s exterior design was the melding together of all of the following design elements – curved side body panels and side windows, a semi-fastback roofline, and a squarish front and rear design. Overall it was a great looking car and within a very short period of time would reach legendary status. There were three different body styles offered – the 2-door coupe, 2-door hardtop, and 2-door convertible. The convertible was only available for the 1969 and 1970 model years. The 2-door coupe had a visible pillar between the front and rear side windows, the hardtop didn’t have this pillar.

Plymouth certainly did its research and priced the Road Runner correctly along with offering desired options at additional cost such as bucket seats and even a center console. The option list had substantially increased in size by the time the 1970 model year arrived in order to expand the appeal of the Road Runner to those buyers wanting a muscle car with more options. Also new for 1970, were standard round gauges. Plymouth was a marketing genius by using the Road Runner name which was the name of the very fast bird character in the popular cartoon series at the time called The Road Runner Show. The very likable Road Runner character was always too quick for his nemesis Wily Coyote. Plymouth made sure to adorn its Road Runner cars with decals of the Road Runner cartoon bird. Also included was a car horn which made the same “beep beep” sound the Road Runner was famous for in the TV show.

The real appeal of the 1968-1970 Road Runner was the fantastic muscle car engines it could be equipped with. The base engine for all three model years was none other than Chrysler’s 335 gross- 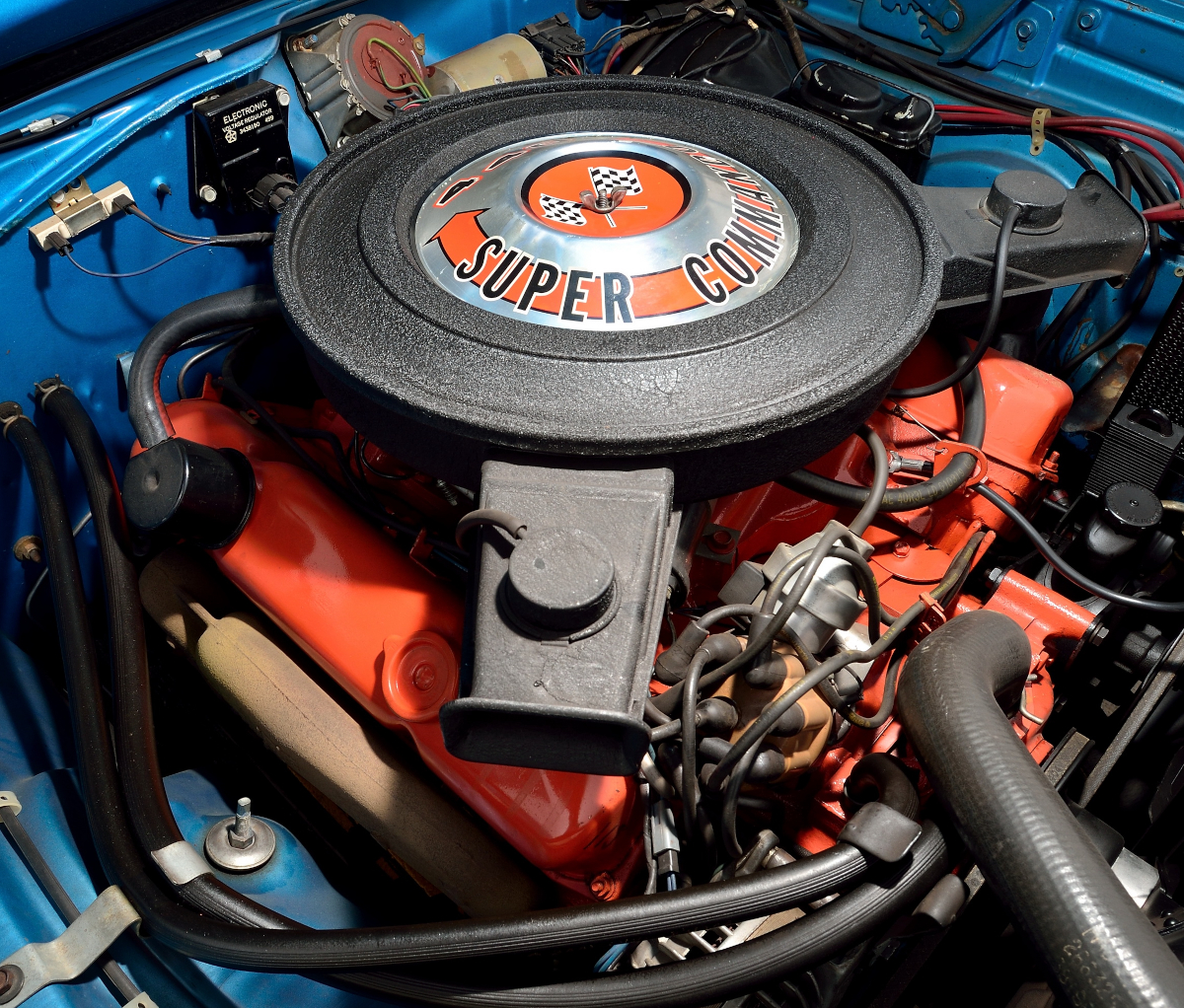 Plymouth released a low production version of the Road Runner for 1970 called the Superbird which added a very tall rear wing, revised rear roofline, and a super aerodynamic front nose cone with pop-up headlights. The Superbird could be equipped with all the available Road Runner’s engines except for the 383 V8, The 375 gross horsepower 4-barrel carburetor equipped 440 cubic-inch big-block V8 replaced the 383 as the Superbird’s standard engine. The sole purpose of the Superbird was to have its exterior changes be approved for NASCAR race duty which required these changes to be offered in production car. In the last 2 decades, the Superbird has reached legendary status, now commanding extremely high prices on the collector car market.

The 1968-1970 Road Runner was an extremely popular car with 172,423 total being produced which included 1,920 Superbirds. The Road Runner was one of the most well known muscle cars of the golden era. It offered muscle car buyers the full muscle car package for a bargain basement price. It was the first generation of the Roadrunner and subjectively it’s best. The generation that followed had sleeker exterior styling but within a few model years had significantly lower horsepower and performance. The 1968-1970 Road Runner was simplicity perfected, it didn’t try to be something it wasn’t it was a true muscle car that even those with meager financial means back in the day could purchase.