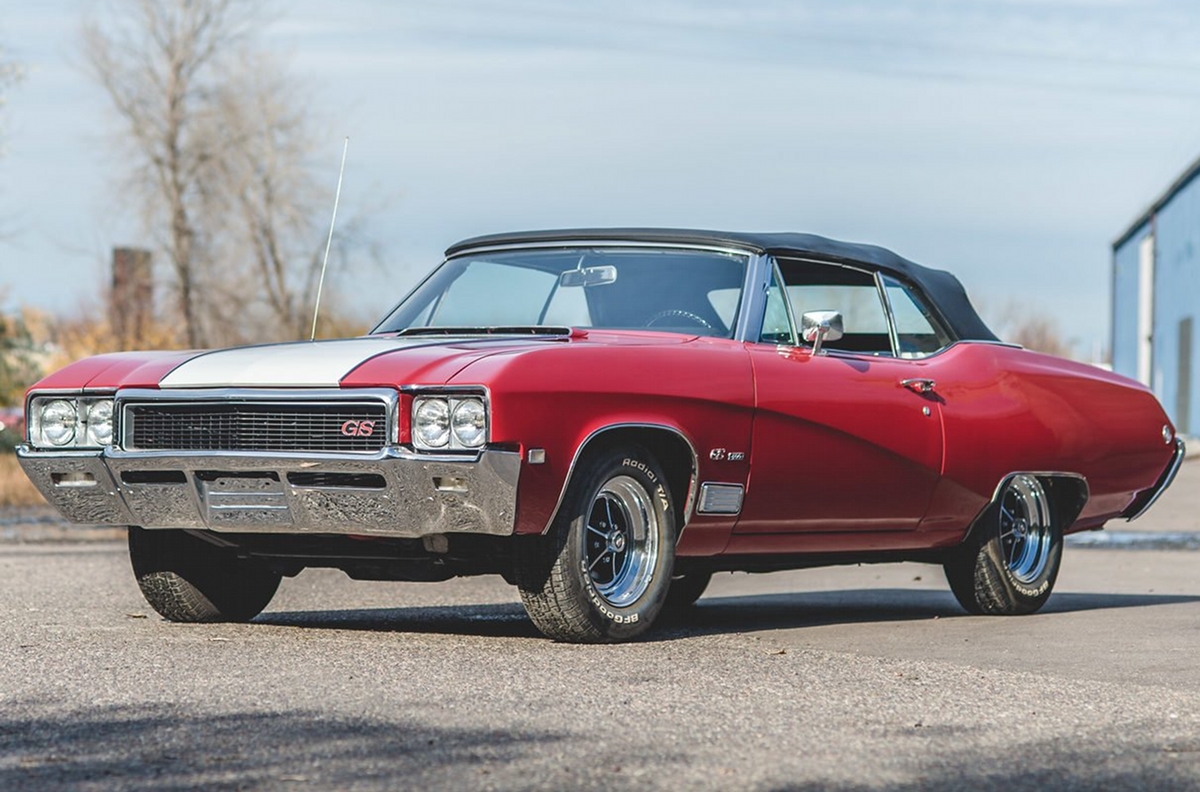 The cornerstone of the GM’s 1960s muscle car offerings was its A-body platform. This was the GM platform the Pontiac GTO, Chevrolet Chevelle SS, Oldsmobile 442, and Buick GS were all built on during the 1960s and early 1970s. It was four great but very uniquely styled muscle cars all using the same platform. The Buick GS or Buick Skylark GS as it was sometimes called was the understated one of the bunch since its introduction for the 1965 model year. GS was short for Gran Sport. It’s styling was the most conservative of the bunch and its Buick nail head 401 cubic-inch V8 for its large displacement was a little mediocre when compared to the competition. For 1967, the nail head 401 was replaced by an all new and more powerful Buick big-block 400 cubic-inch V8. Then in 1968, Buick gave its Skylark new radical styling. The same styling would remain through the 1969 model year. The 1968-1969 GS which was based on the 2-door version of the Skylark, now looked the part of a tough and mean muscle car.

The GS since its inception was available with a small block V8. From 1965-1967, there was small-block 340 cubic-inch V8 available in the GS. For 1968 the 340 grew in displacement to 350 cubic-inches. The 340 and 350 were entry level versions of the GS intended to offer younger buyers who couldn’t afford the price and hefty insurance of the 401 nailhead GS and GS 400. It was ironic that Buick which was an upscale GM division made this concession of offering a lower displacement V8 in its muscle car since at the time Pontiac didn’t with its GTO, Chevrolet didn’t with its Chevelle SS, and Oldsmobile didn’t with its 442. However it was the 1968-1969 GS 400 that finally placed Buick 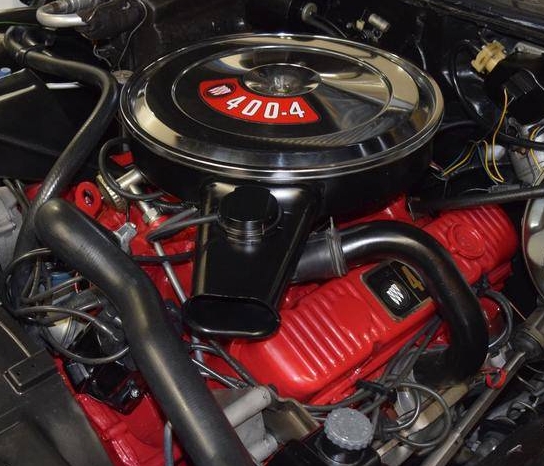 The 1968 GS 400’s exterior styling consisted consisted of four round headlights, a wide large front grille, a large rear chrome bumper which housed the rear taillights. However it was the many curves with blunt edges from the front of the car all the way to the back that gave the GS 400 its serious but very attractive look. For 1969 the styling was overall a carryover from 1968 with the exception of the addition of a horizontal chrome trim piece added to the front grille along with a few other very slight changes. The GS 400 was available in a 2-door hardtop or convertible model. The 1968-1969 GS 400 interior was more upscale than its competitors, it was closer to an the very upscale Buick Rivera than a muscle car. When the GS 400 was equipped with optional bucket seats and the optional center console it looked first class. The only downside was the horizontal speedo which looked more at home in a luxury car than a serious muscle car. Buick would remedy this for 1970 with the introduction of beautiful multiple round dash gauges for the 1970 GS.

Under the 1968 GS 400’s hood was a 340 gross horsepower and 440 lb-ft of torque 4-barrel 400 cubic-inch V8 which was a carryover from the previous year with a new air cleaner design. For it’s day the 1968 GS 400 was quick, but it wasn’t going to stand above the pack when compared to its competition – it did the quarter mile on the average in the low-15 second range. However a new 1968 Stage 1 package for the GS 400 was now available from the Buick parts counter and could be installed by the dealer or the owner. The Stage 1 included such goodies as a larger diameter dual exhaust system, a high performance cam, and a high performance 4-barrel carburetor. Buick rated

the package at 345 or 350 gross horsepower depending on the source, however the real output was close to 400 gross horsepower. The Stage 1 gave the GS 400 quarter mile time in the low-14 second range. The standard 400 V8 and Stage 1 400 V8 would carry over to 1969 unchanged with the same horsepower and torque ratings. However the Stage 1 was now a factory installed option for 1969. If you thought that was impressive, Buick also offered a Stage 2 package for the GS’s 400 through its dealership network which had an even higher performance cam, a free-flow intake manifold, and a few other performance goodies. Buick rated the Stage 2 at 360 gross horsepower, real output was well over 400 gross horsepower. The Stage 2 was capable of breaking into the 13 second range in the quarter mile. The 1968-1969 GS 400 could be equipped with a 3-speed manual transmission, 4-speed manual transmission, or a 3-speed automatic transmission.

With the 1968-1969 GS 400, Buick showed performance car fans that it was finally serious about competing in the muscle car segment. The Stage 1 and Stage 2 versions made even the most doubtful believe that Buick was now a real contender. For 1970 at Buick, performance and styling would continue to improve with a redesigned GS, a new GSX offering, and the replacement of the GS 400 with a GS 455. Ironically as great as the 1968-1969 GS 400 was, it’s total production was low compared to its competition – for 1968-1969 total production was approximately 22,575 units. This only makes the 1968-1969 GS 400 a rare and very special muscle car that’s worth owning.