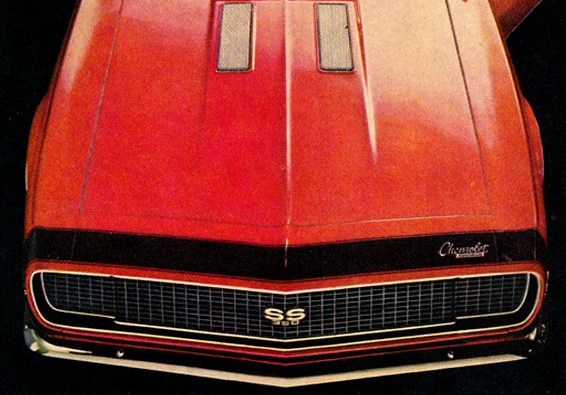 Though the Chevrolet Camaro has had a long rich history with many different iterations over the years. Each of these iterations have their fans. Though there have been so many great versions of the Camaro over the last 50 plus years, the one that stands above them all is the first generation which is the 1967-1969 Camaro. It was the golden age of the Camaro. Most automakers when they release a new car it takes a few iterations to get it right. Chevrolet hit the lottery with the 1967-1969 Camaro. It was a instant hit and its overall simplistic but attractive exterior styling has stood the test of time, and has become universally accepted as one of the great automotive exterior designs. 842,731 1967-1969 Camaros were produced. That’s about 281,000 per year, compare this to total 2017 Camaro production which was 83,348 units.

Great styling was the hallmark of the 1967-1969 Camaro, which was Chevrolet’s competitor to the very popular Ford Mustang. The 1967-1969 Camaro did borrow the Mustang’s overall styling theme of a long front hood and short decklid, both the Mustang and Camaro were 2+2 sports coupes. However the Camaro’s four quarter panels, roofline, front-end, and rear styling were very unique and also didn’t borrow any styling cues from of any of Chevrolet’s other offerings at the time. In other words Chevrolet didn’t try to make the Camaro look like a mini Impala or a bigger version of the Corvette. With the Camaro, Chevrolet started with a

blank sheet of paper and created a beautiful unique car that buyers had never seen before. The 1967 Camaro and 1968 Camaro are very similar in design with rounded side body panels. The 1968 only had very slight changes over the 1967 which included a change in front parking lights, removal of the front side vent windows, introduction of side marker lights, and few other slight changes. For 1969, the roofline and general proportions of the Camaro remained the same, however the body panels were redesigned to give the Camaro a more muscular look. The rounded curves on the side body panels were replaced with new styling that had more pronounced horizontal body creases. The front-end and rear of the 1969 Camaro were all-new. From 1967-1969, Chevrolet offered on the Camaro’s option list, a Rally Sport appearance package also referred to as the RS package, which included some appearance dress-ups the best of which was the replacement of the dual round headlamps with hidden headlamps. The 1967-1969 Camaro was only available in two configurations – a 2-door coupe or 2-door convertible.

When the 1967 Camaro was released it had one of the most futuristic and attractive interiors for its day. It was leagues ahead of Chevrolet’s other models including the Corvette. So it was no surprise when a new Corvette arrived in 1968, it borrowed the Camaro’s general interior design especially it’s dash layout design. The 1969 Camaro would get a slight dash layout 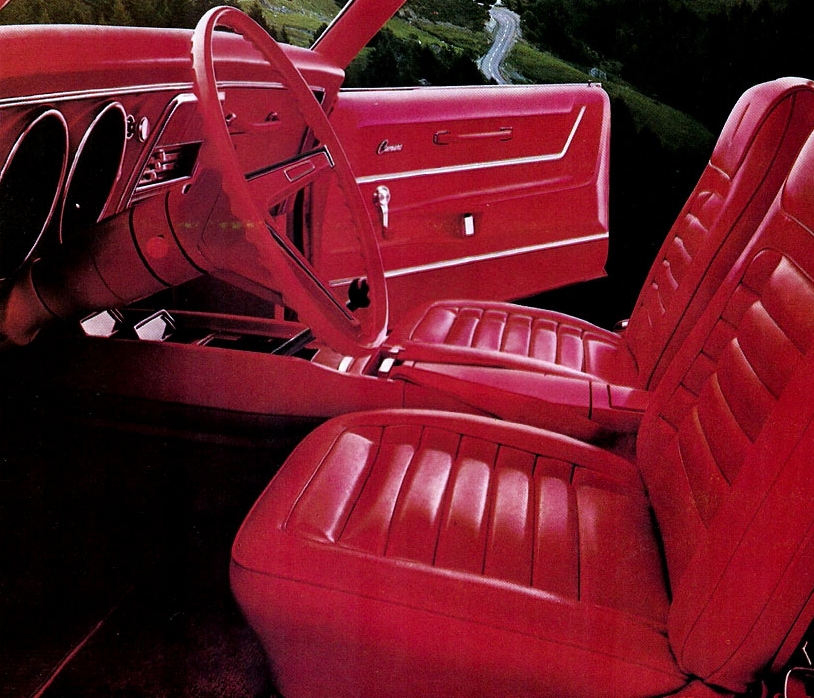 redesign and the 1968 Camaro would see the introduction of the optional center console horseshoe automatic transmission shifter which would continue to be a very popular Camaro option through the 1972 model year.

The Chevrolet small-block 350 cubic-inch V8 which has become a legend, made its debut in the 1967 Camaro, it would not be available in other Chevrolet models until the 1968 model year. The L48 350 was the base engine in the 1967-1969 Camaro SS and had a high-performance engine tune that produced 295 gross horsepower. For 1969 it would get a slight horsepower increase to 300. The Camaro would add to its option list a milder version of the 350 V8 for 1969 which produced 250 gross horsepower. For those wanting more power 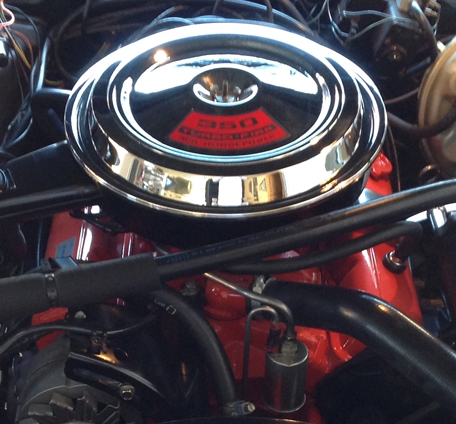 Chevrolet also offered a 11.0:1 compression ratio 290 gross horsepower small-block 302 cubic-inch V8 which was the mandatory engine in its 1967-1969 Camaro Z28. No other Camaro could be equipped with this engine. It was an engine designed for the Camaro to compete in the SCCA Trans Am racing circuit. The real output for the 302 was at least 350 gross horsepower.

Starting with the 1969 model year Chevrolet with its COPO program allowed Chevrolet dealers to order Camaros from the factory equipped with either the 425 gross horsepower L72 big-block 427 cubic-inch V8 or the 430 gross horsepower ZL1 big-block 427 cubic-inch V8. Truthfully the ZL1 produced over 550 gross horsepower and was one of the fastest muscle cars ever produced in the golden era. Chevrolet dealerships such as Yenko and Fred Gibb used the COPO program to order these 427 V8 powered Camaros and market them as speciality muscle cars. Because of its great performance and with only 69 units being produced, the 1969 ZL1 Camaro is the most sought after Camaro ever produced.

Though 1967-1969 Camaro prices continue to rise, if you want to buy a 1967-1969 Camaro don’t be discouraged because it’s still well worth the price. It’s one of the best looking classic cars of the pinnacle of the U.S. automobile industry and by far the most popular Camaro ever produced.