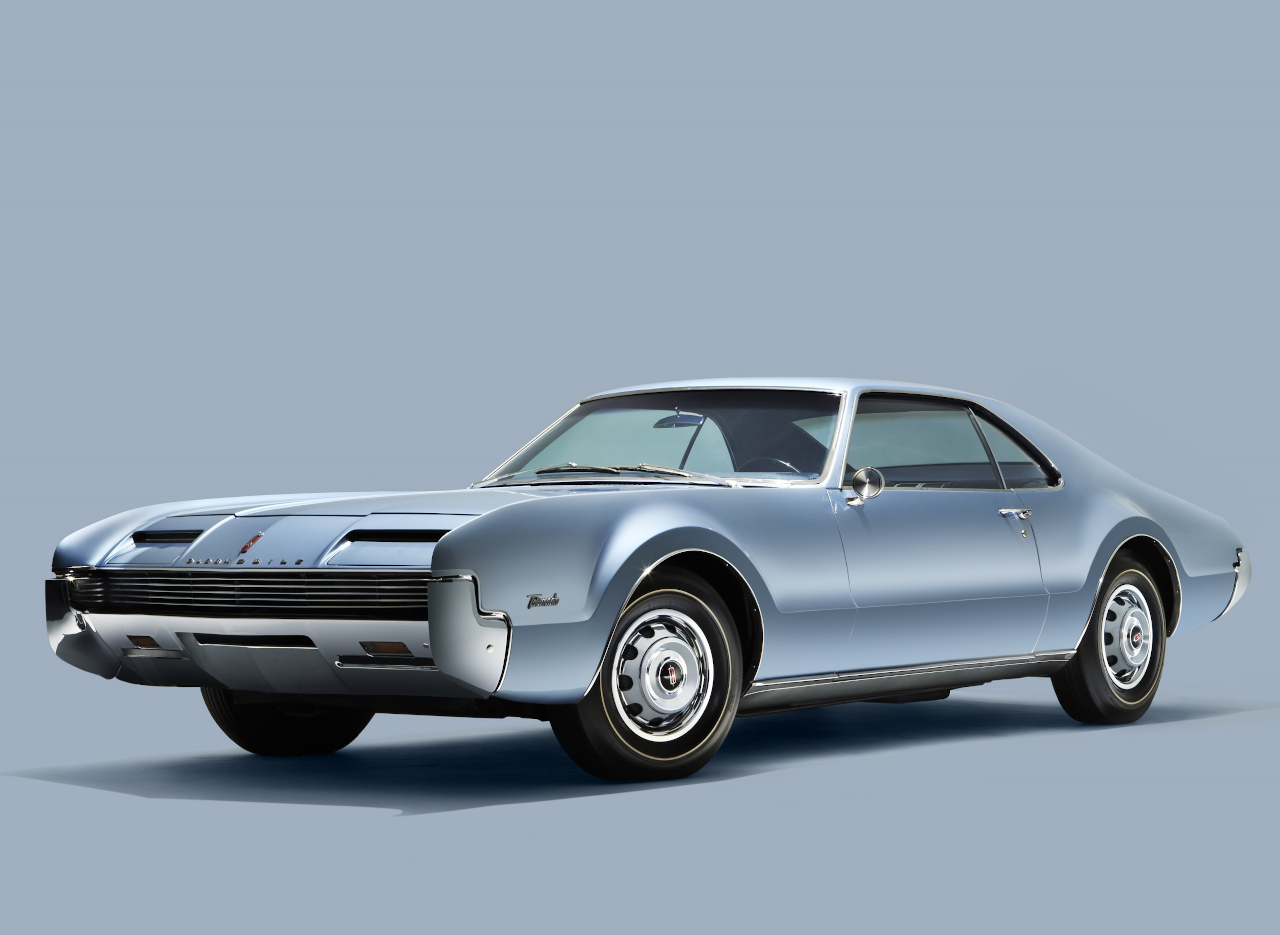 After World War II, Oldsmobile became GM’s de-facto performance oriented division by offering its legendary Rocket V8 in its cars. By the early-1960s most of the other American automakers had caught up and offered V8 engines as powerful or in some cases more powerful than Oldsmobile. During this era Oldsmobile’s target market was the middle class, in the 1960s it began to offer more upscale car models to appeal to luxury car buyers. The cornerstone of Oldsmobile’s expansion into the luxury car market was the introduction of the 1966 Toronado which a 2-door personal luxury coupe that would compete with the Ford Thunderbird and Pontiac Grand Prix.

The Toronado wasn’t a normal new car release, it was the most innovative new car release of the 1960s. The Toronado was the predecessor of today’s American front wheel drive cars. It wasn’t the first American front-wheel drive car but it was the first post World War II American front-wheel drive car. The Toronado’s front-wheel drive architecture was well planned, properly developed, well tested, and properly implemented. Oldsmobile named this front-wheel drive setup the Unitized Power Package which consisted of a 385 gross horsepower 425 cubic-inch V8 and a TH425 3-speed automatic transmission which resided next to the side of the lower part of the engine. Attached to the automatic transmission were a unique differential and torsion bar-sprung axles which helped to power the front wheels. An innovative Hy-Vo drive chain connected the torque converter to the TH425 transmission. This setup was quiet, extremely reliable, and eliminated any torque steer. Even with the high-performance 425 V8’s 475 lb-ft of torque there was absolutely no torque steer even during full throttle.

The 1966 Toronado was a tribute to the front-wheel drive 1936-1937 Cord 810 and 812 which were V8 powered front-wheel drive streamlined sporty luxury cars. Cord introduced the L29 for the 1929 model year which was the first

American front-wheel drive car. When 1937 Cord 810 and 812 production ended, front-wheel drive would not return in an American car until the introduction of the 1966 Toronado. The 1966 Toronado had the Cord 810 and 812’s retro styling cues in it’s stylish hubcaps, popup headlights, front grille with horizontal slots, and fender humps over all four wheels. The overall exterior styling of the 1966 Toronado was a combination of attractive, aerodynamic, futuristic, sporty, and luxurious. The interior was very futuristic and luxurious and complimented the exterior perfectly. The Toronado was a high class car that looked like it belonged at a Cadillac dealership rather than an Oldsmobile dealership. The Toronado really helped to give Oldsmobile solid luxury car credentials. Cadillac would use Oldsmobile’s Utilized Power Package with its 429 cubic-inch V8 for its all-new front-wheel drive 2-door personal luxury coupe, the 1967 Cadillac Eldorado.

For 1967 Oldsmobile gave the Toronado some very slight exterior design changes. For 1968 even though the basic shape of the Toronado remained the same, both the front and rear were redesigned for a more more futuristic look. Very slight exterior design changes would occur in 1969 and 1970. The most notable change for 1970 was the elimination of the retractable hidden headlights which gave the Toronado a more conventional look. The very comfortable and luxurious interior would receive slight and gradual changes over the 5 model years. Even though there were a lot of standard luxury oriented features, there were a laundry list of available luxury and convenience options. 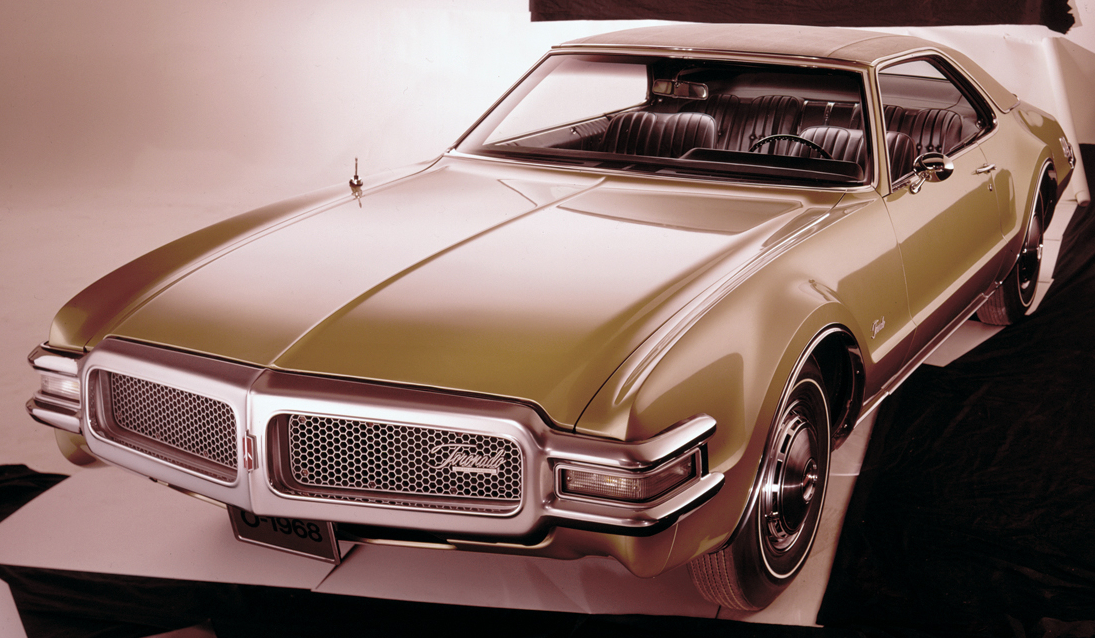 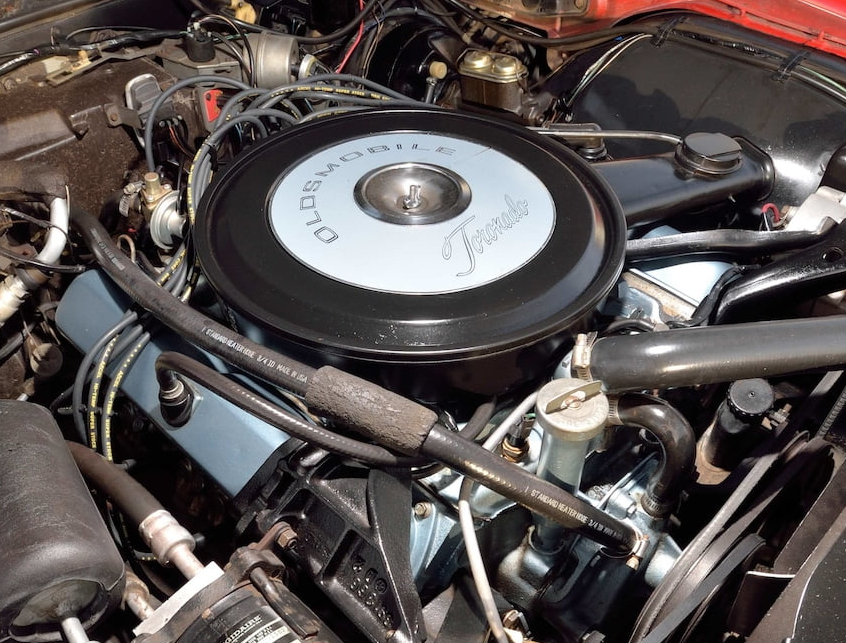 The Toronado’s handling, ride quality, and braking were good for a luxury car of its era. However the 1970 model was superior since front-disc brakes were now standard and the Toronado’s suspension had been revamped for 1970.

The 1966-1970 Toronado was an amazing success for Oldsmobile, sales were very good even though the Toronado carried a luxury price, a base price of $4,585 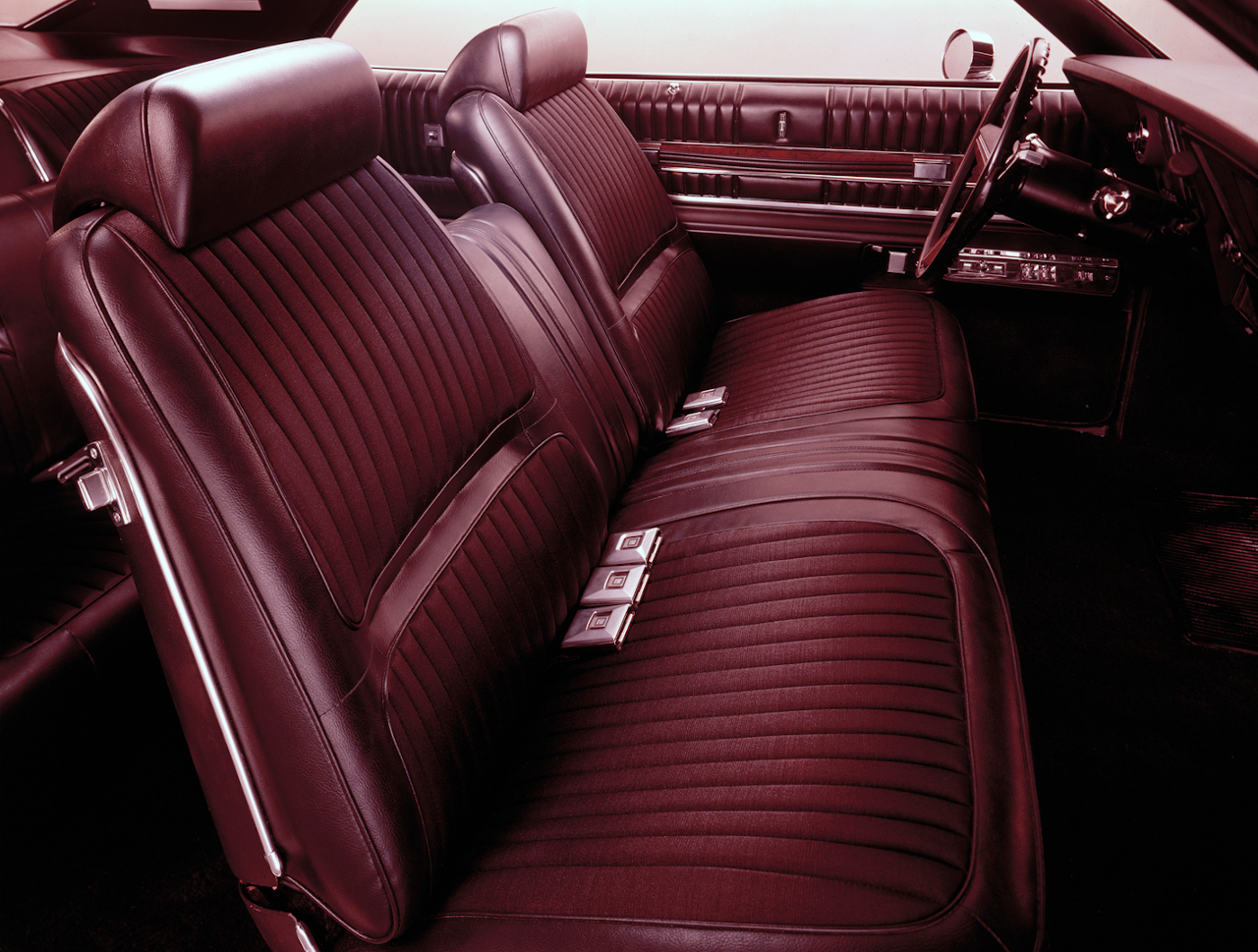 when it was released for the 1966 model year. It was a bold car that not only showed that Oldsmobile could be serious player in the luxury car market but also a technology leader. The real signifigance of the 1966-1970 Toronado was that it proved that a front-wheel drive American car could be popular and very reliable. Two decades after the debut of the Toronado, most cars available in America converted to front-wheel drive and even today most new cars in America are front-wheel drive. None of this would have been possible without the successful production run of the 1966-1970 Toronado.